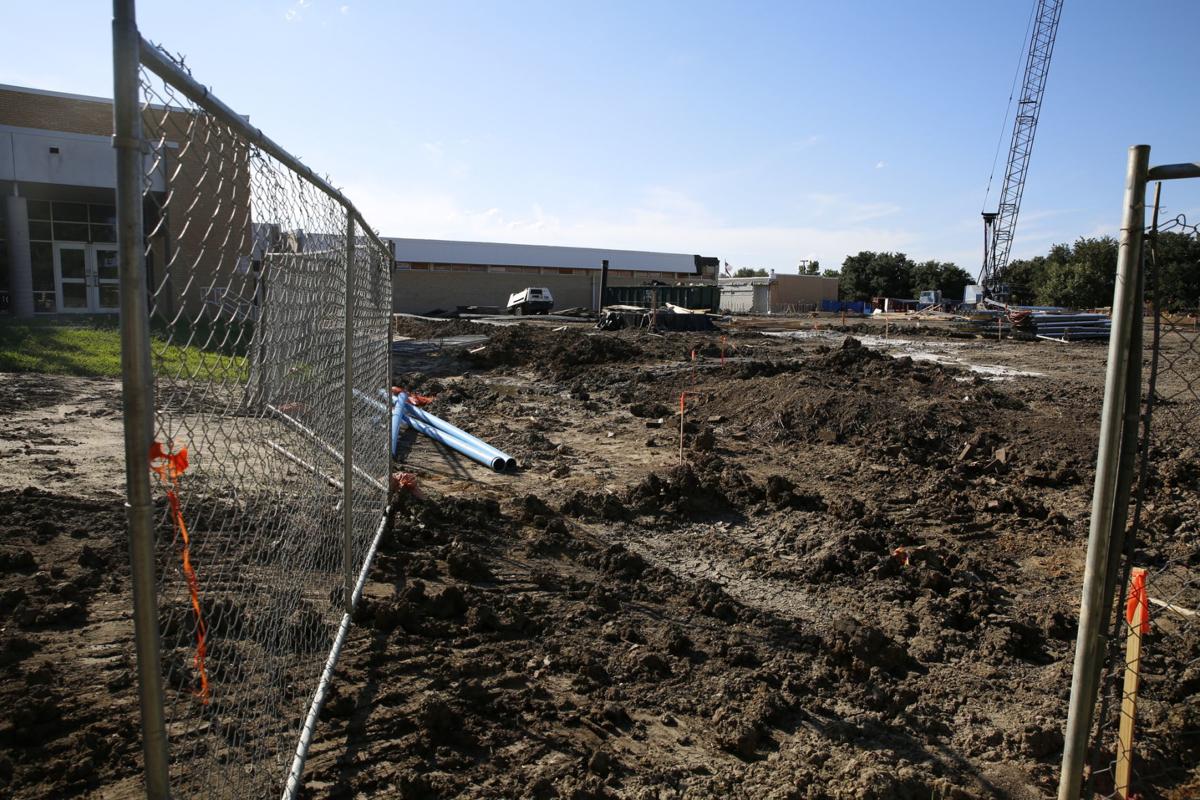 Strickland Middle School is under construction, with renovations paid for through a $750.5 million bond approved by voters in 2018. 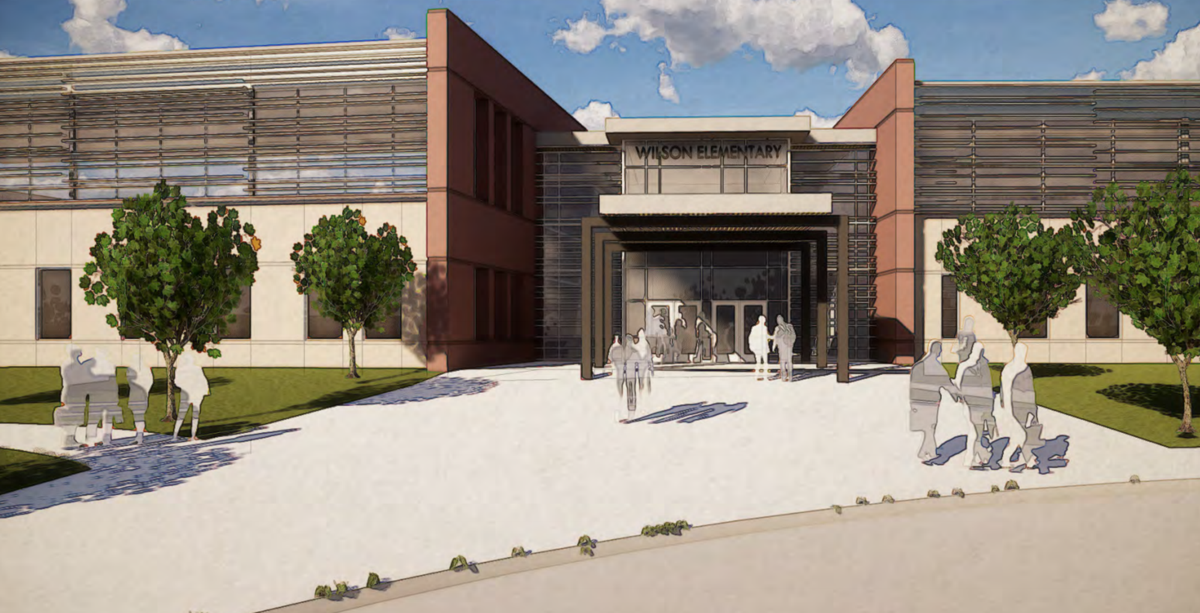 An artist’s rendering shows the entrance to the replacement campus for Woodrow Wilson Elementary School in northeastern Denton.

Strickland Middle School is under construction, with renovations paid for through a $750.5 million bond approved by voters in 2018.

An artist’s rendering shows the entrance to the replacement campus for Woodrow Wilson Elementary School in northeastern Denton.

Well over three-quarters of Denton ISD’s 2018 bond package has already been issued, but a few hundred million dollars are still up in the air.

Of the $750.5 million voters approved in a 2018 bond election, roughly $611.2 million has been allocated toward projects. That does not mean the remaining bonds will not be sold, or that there aren’t specific plans for the remaining money.

The lion’s share of those remaining millions is destined toward a few projects in particular, including construction of the new Denton High School, renovations on the existing Denton High campus ahead of its transition into Calhoun Middle School, renovations on Strickland Middle School and construction of replacement campuses for both Woodrow Wilson and Newton Rayzor elementaries.

Denton school board members voted unanimously to approve a guaranteed maximum price of $168.7 million for the construction of the new Denton High campus during an Aug. 27 meeting.

For comparison, the district’s most recent bond package, authorized by nearly three-quarters of the 10,615 participating voters, was worth significantly more than two of the recent bonds that preceded it combined.

That fast allocation of funds falls in line with the district’s larger debt management strategy.

As part of that strategy, the district has been paying bonds off early whenever possible and will be capable of doing so for years to come, said Joshua McLaughlin, a financial adviser for the district working through BOK Financial Securities.

“You’re selling 30-year bonds, and you’re paying them off in seven years,” McLaughlin said during a recent school board meeting.

During that meeting, he noted that Denton ISD has been given a AA rating by Standard & Poor’s and Fitch Ratings.

He said that’s rare for a school district, but Denton ISD manages to pull it off through the right mix of a few factors both strategic and fortunate. When the district needs bond money, which it often does to accommodate rapid growth, the district approaches voters with a conservative pitch. That includes more money for education without raising taxes.

After that, the district pays off the bond early, thus saving money on interest payments. By doing so, the district’s benefits are twofold: It looks better to potential lenders, and it opens up space to take on additional debt through more bonds.

Much of this is based upon something anybody with a mortgage can attest to: Property taxes are rising. In short, that means the school districts can bring in more money without raising the tax rate because the taxable values of properties are growing quickly, thus increasing tax revenue.

That’s good news for districts that bump their heads against the tax rate caps imposed by legislators.

“The state ties our hands,” said Barbara Burns, Denton school board president. “They cap our tax rate, and growth doesn’t pay for itself.”

Burns pointed out that the district has saved itself about $179.6 million in the past 10 years through various debt management strategies.

Just weeks after the district opened Union Park Elementary School, situated along the U.S. Highway 380 Corridor in one of the fastest-growing parts of the district, Burns said the area is still filling classrooms about as quickly as the district can build more schools.

“We need more schools out there because it’s growing so fast,” she said.

Denton ISD has grown by about 5,000 students since 2012, with projections of another 7,500 or so to come in the next 10 years, according to a district growth report. The Braswell High School attendance zone, which includes Union Park and the U.S. 380 area, has the highest density of annual homes sold.

The zone that feeds Denton High is expected to be another large source of new home construction in the future, according to the same growth report presented to board members at the end of the last school year.