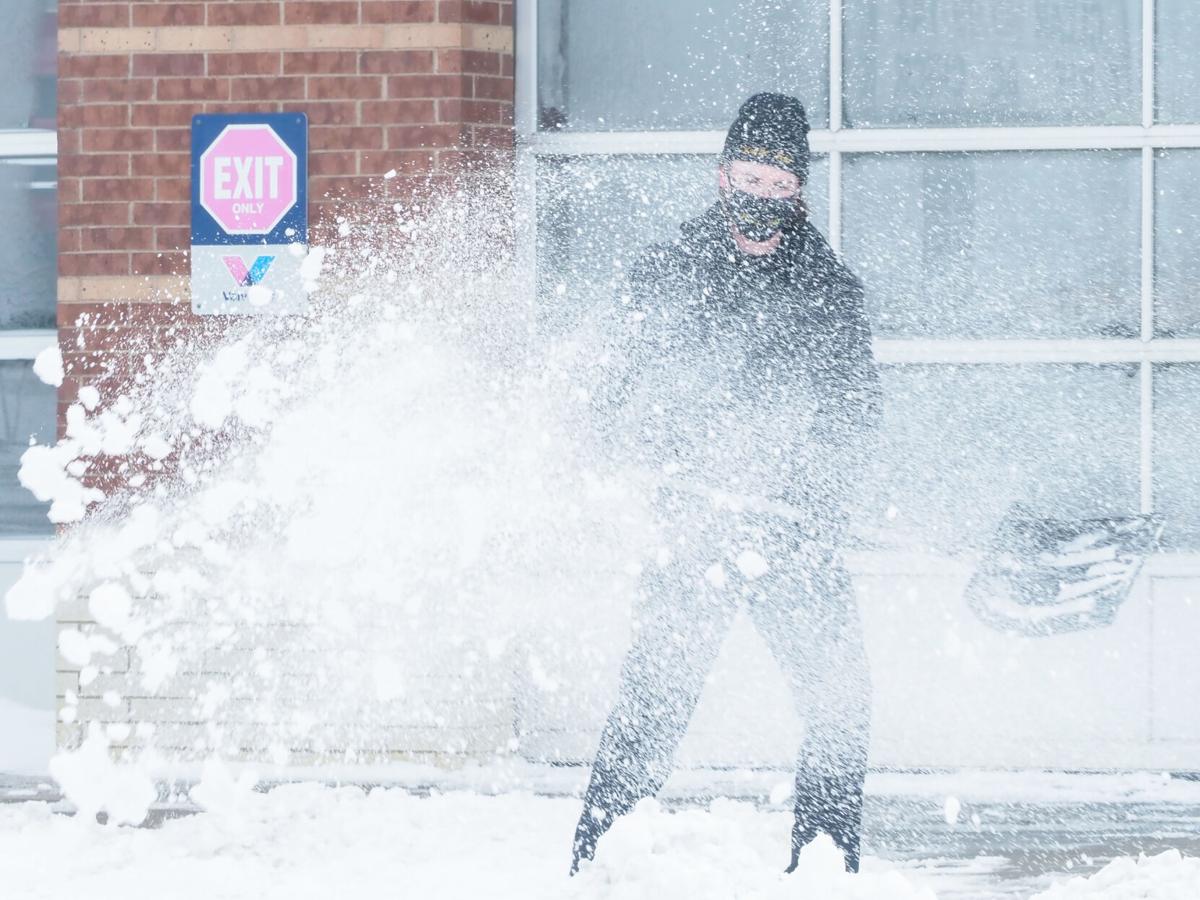 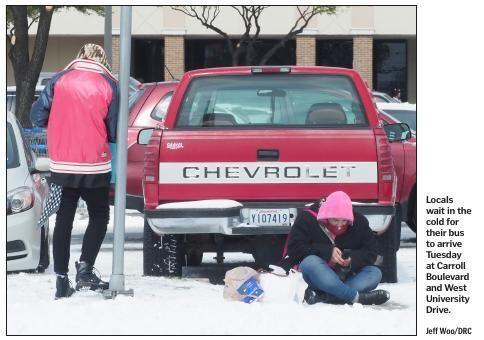 Locals wait in the cold for their bus to arrive Tuesday at Carroll Boulevard and West University Drive.

Locals wait in the cold for their bus to arrive Tuesday at Carroll Boulevard and West University Drive.

Temperatures were predicted to break slightly above freezing Friday, roughly 37 degrees at the high, but the temperature drop overnight would refreeze most progress made.

Jake Godwin, a NWS meteorologist, said things should start to look up over the weekend for Denton and the surrounding areas.

“Friday is the last freeze into the 20s, with Saturday night onward looking to stay above freezing,” he predicted Tuesday afternoon.

Before then, NWS forecasts still saw the potential for roughly 4.5 inches of snowfall in Denton between Tuesday evening and 5 p.m. Wednesday.

Godwin said parts of the county closer to Ray Roberts Lake might see closer to 5 inches while the southern sections could see closer to 3 inches over the same time period, “so there will be a north-south gradient of that snowfall amount.”

Any snow the area gets would likely peak between midnight and 6 a.m. Wednesday.

“The main message is we still have a couple more days of cold temperatures, but hang in there,” he said.

The county government took a similar step Tuesday with its own disaster declaration signed by County Judge Andy Eads.

That same day, Aubrey was forced to institute a boil notice for tap water due to low water pressure. A notice posted to social media urged residents to bring water “to a vigorous rolling boil” for at least two minutes before letting it cool.

In Denton on Tuesday night, the city sent out a notice telling residents not to run water "continuously" from the taps as they try to prevent pipes from freezing, warning that water pressure and supply will drop. "Unacceptable low pressure may result in a boil water notice," says the notice, sent out via phone, text message and email.

Corinth residents have been particularly hard hit as both power and water outages became common Monday and Tuesday. In a public address posted to Facebook, Corinth City Manager Bob Hart said part of the problem lay with a budgeting decision made in the early 1990s.

He said local government officials at the time decided against spending the money on a backup generator when pump stations were built because of the overwhelming reliability of energy provider Oncor.

He said the city was working with Eads to hopefully make electricity to the city’s water infrastructure a priority, as well as with the Upper Trinity Regional Water District to increase water supply to Corinth.

Hart said the city was also coordinating to have a generator from Houston shipped to Corinth, which would make acquiring a reliable supply of diesel fuel the next step.

Hart did not respond to a call for comment Tuesday.