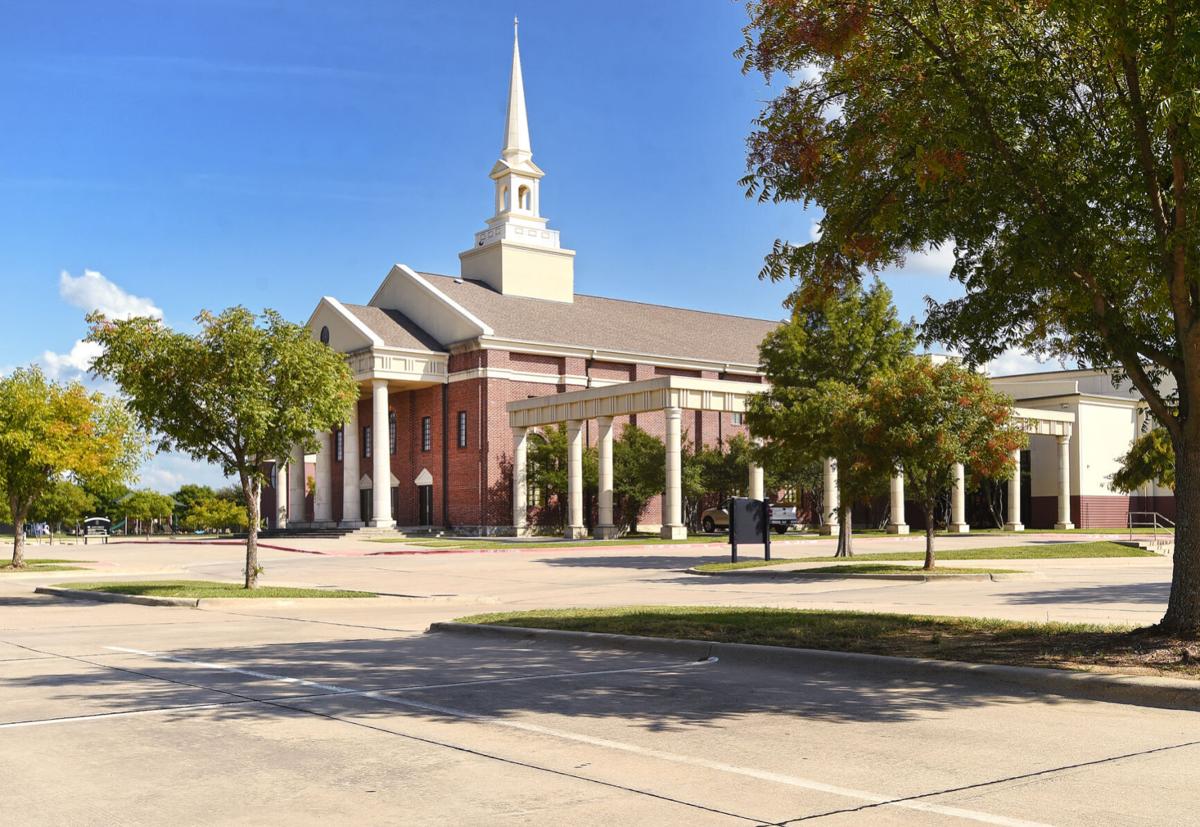 A flyer purportedly from Denton Bible Church, on University Drive, asks people to “Pray and Vote Your Faith.” 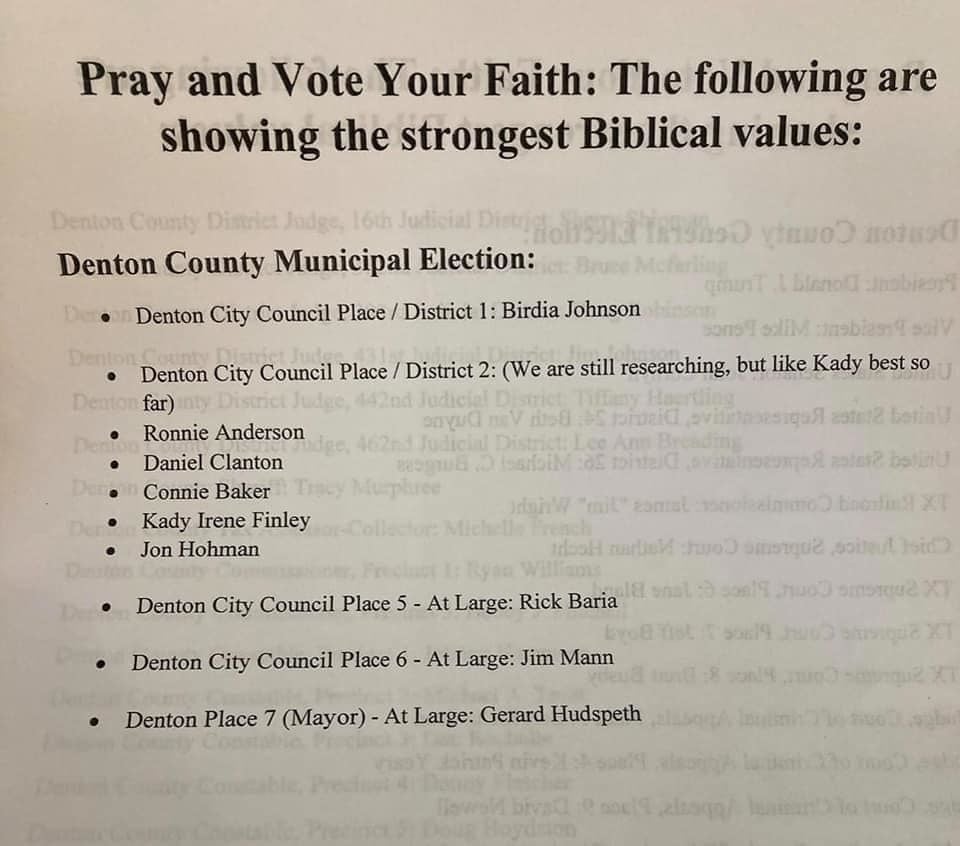 A flyer purportedly from Denton Bible Church, on University Drive, asks people to “Pray and Vote Your Faith.”

A spokesperson for the Internal Revenue Service declined to comment Monday after Denton Bible Church over the weekend endorsed candidates for local elections on flyers and through social media.

“Due to federal disclosure laws and regulations, IRS personnel are prohibited from commenting on the tax matters of specific taxpayers, to include specific tax-exempt organizations,” Richard Sanford said in an email.

“As far as the endorsement goes, I’m not worried about it,” Ferrie said. “It’s just brazen arrogance that a 501(c)3 nonprofit believes they can break the law and get away with it so publicly.”

Johnson said she did not know about the endorsement.

On the flyer, Denton Bible Church asks people to “Pray and Vote Your Faith. The following are showing the strongest Biblical values.”

“I work with many nonprofits and ran a small business up until August and … put taxes back into my community,” he said. “It’s a little infuriating, to be honest. It’s a shame that organizations that are supposed to be nonprofit and support the community are so divisive.”

According to the IRS website, tax-exempt organizations “may not attempt to influence legislation as a substantial part of its activities and it may not participate in any campaign activity for or against political candidates.”

Neither an American Civil Liberties Union Texas representative nor representatives of Denton Bible Church returned messages seeking comment. On Monday afternoon, the church doors were locked with people inside the building and multiple cars in the parking lot.

“First, as to whether it’s legal or not, you may be referring to the IRS regulation known as the Johnson Amendment,” the church posted on Facebook in response to a commenter. “That amendment is widely viewed by many legal scholars as unconstitutional. To our knowledge, it has never been successfully used to punish a church for their efforts to influence political decisions.”

The church also posted on Facebook that it is hosting Allen West, chairman of the Texas Republican Party, during its “Vote by Faith” event on Sept. 21, saying it is “a calling for Christians to register and vote their faith in the upcoming elections!”

In 2017, President Donald Trump issued an executive order that allows tax-exempt churches “to more actively participate in politics,” Reuters reported. The order directed the IRS to “alleviate the burden of the Johnson Amendment,” which prohibits tax-exempt organizations from participating in political campaigns or supporting candidates. The ACLU had threatened to sue to stop the order but later backed off, saying the order fell short of meeting Trump’s pledge to “totally destroy” the Johnson Amendment.