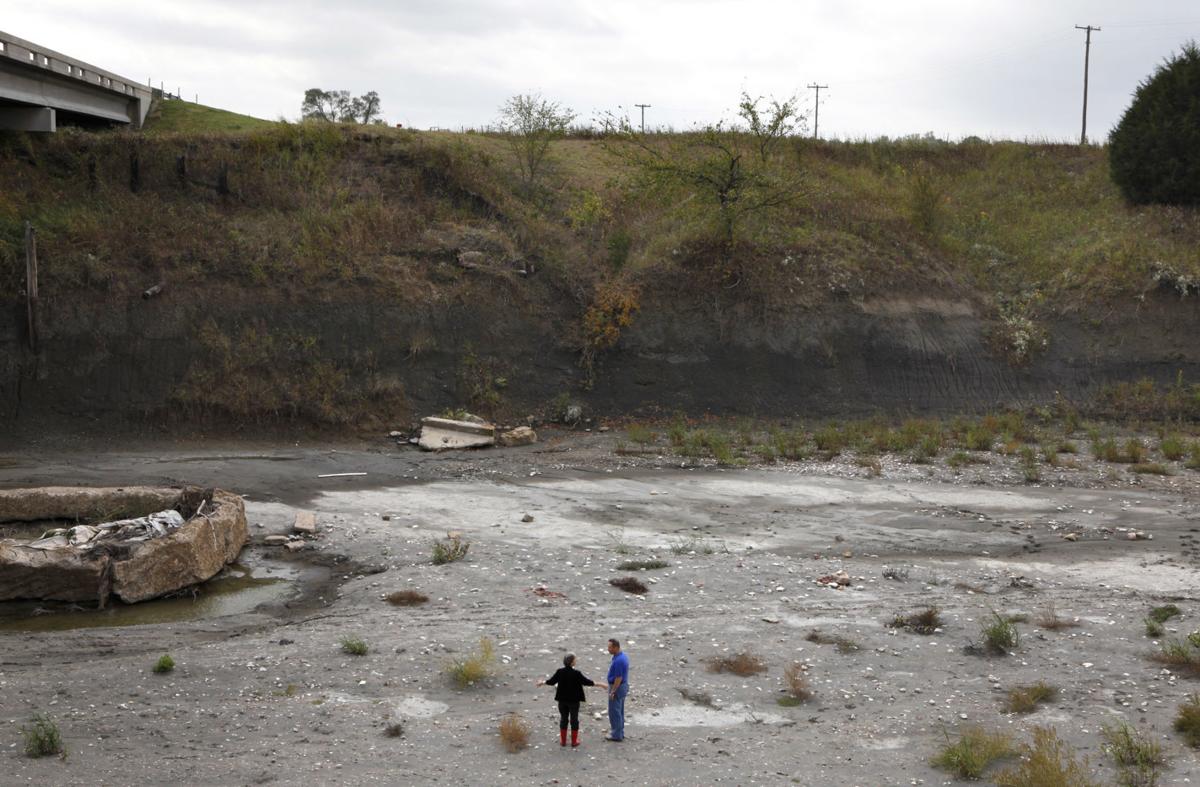 In this 2012 photo, Ladonia Mayor Jan Cooper, left, and Upper Trinity Regional Water District manager of Governmental Affairs and Communication Jason Pierce explore the bottom of the channel and erosion in the North Sulphur River which would be filled by Lake Ralph Hall. 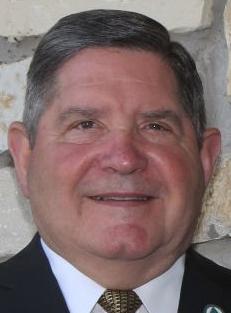 A regional water district has received the federal permit needed for Lake Ralph Hall in Fannin County. Construction is expected to begin this fall.

The U.S. Army Corps of Engineers recently issued the permit to the Upper Trinity Regional Water District for the North Sulphur River in Fannin County. District staff presented the final documents to the district board Thursday afternoon.

The $490 million project has been in the works for 15 years, with the district securing water rights from the Texas Commission on Environmental Quality in 2013. When complete, Lake Ralph Hall is expected to deliver 54 million gallons of water per day to communities in Denton and Collin counties. The district’s pipeline from nearby Lake Chapman was built with enough capacity to move the water from Lake Ralph Hall, too.

Larry Patterson, executive director for the district, said that construction should be completed by 2025.

“This is coming just in time to meet our needs for the future,” Patterson said, adding that the district will share some of the water rights with Fannin County communities on the southeast side of the lake.

Design of the dam is nearly complete, Patterson said. The federal permit grants the district permission to begin construction, but the district is waiting until the dam gets state certification before it begins, he added.

A dam safety group at the Texas Commission on Environmental Quality is reviewing the design.

The Texas Water Development Board is expected to finance construction as new, major sources of drinking water are a top priority for state leaders.

Because water projects like Lake Ralph Hall take a long time to develop, water districts are expected to plan 50 years into the future. The district began planning for Lake Ralph Hall several years before filing for permits in 2006.

The lake will cover about 7,600 acres, about the same size as Grapevine Lake, but with more water as Fannin County typically gets more rain. In its environmental review, the Corps of Engineers noted that the reservoir site was a good location, having limited wetlands, no oil or gas wells or electric transmission lines. The district has acquired about 80% of the land needed for the project, including all the land needed for the dam and bridges, Patterson said.

The district is also planning for some recreational uses on the lake. Those improvements will come later, Patterson said, but the district would likely agree to stock the lake for fishing and allow for a marina and an access ramp for boats.

Lake Ralph Hall is the first project of its kind for North Texas since Ray Roberts Lake was authorized and built in the 1980s and Lake Chapman in the 1990s. The Texas Legislature created the Upper Trinity Regional Water District in 1989 to plan and deliver water to parts of Denton, Collin and Dallas counties.