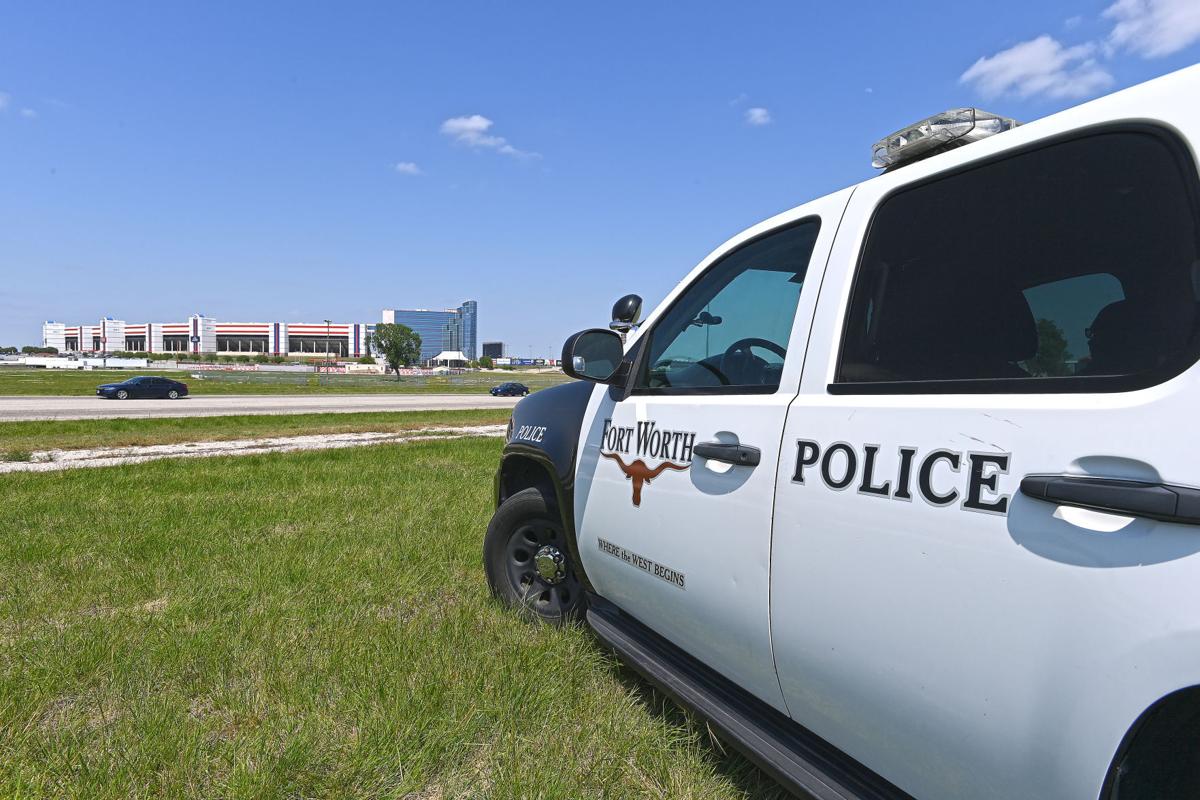 Fort Worth police monitor traffic on April 19 at Texas Motor Speedway. Due to the high traffic at the speedway’s vaccine clinics, Lt. Brandon Johnson said crashes are bound to happen, but he added there have been no major incidents. 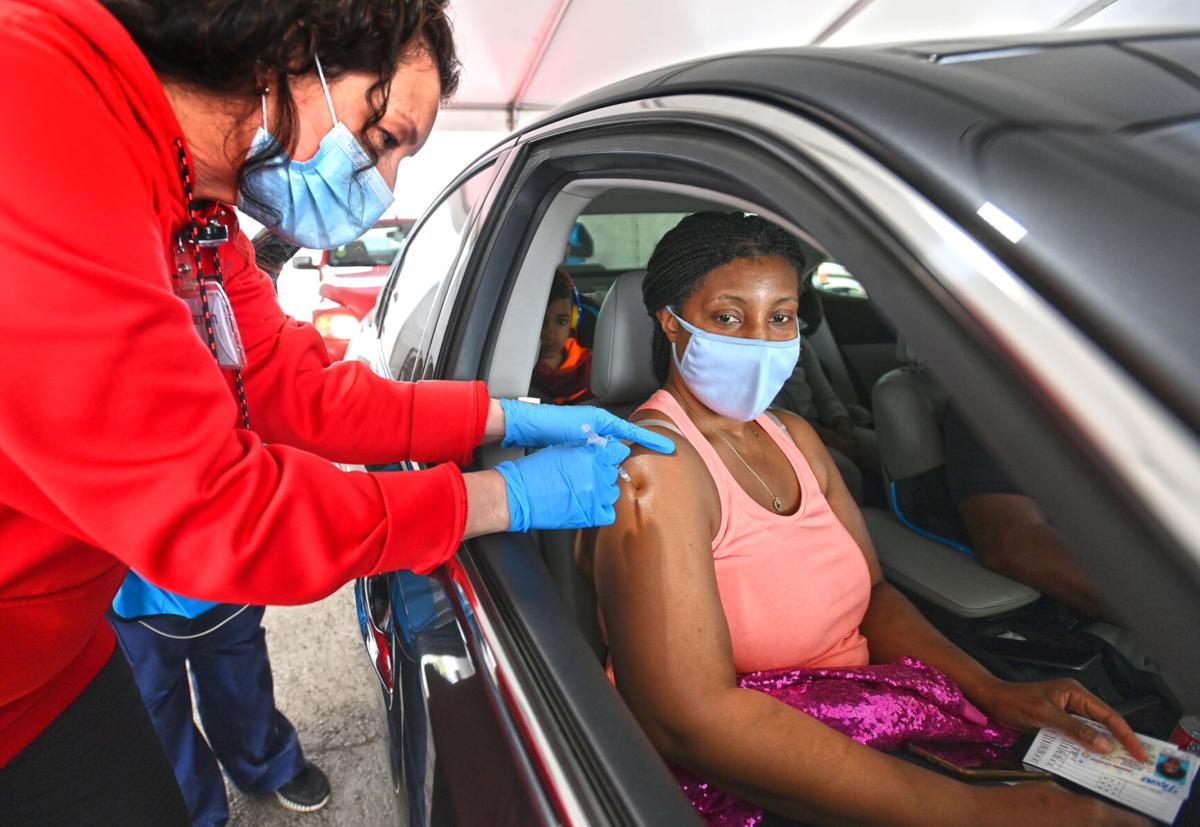 Fort Worth police monitor traffic on April 19 at Texas Motor Speedway. Due to the high traffic at the speedway’s vaccine clinics, Lt. Brandon Johnson said crashes are bound to happen, but he added there have been no major incidents.

Although thousands of cars pass through Texas Motor Speedway during each Denton County Public Health vaccination clinic, there have been only a handful of car crashes — and all were minor.

In the city of Fort Worth and at the edge of Denton County, agencies from both jurisdictions work together to keep traffic flowing as best they can and handle any bumps in the road. TMS is toward the southern border of Denton County. The Fort Worth Police Department’s special events division is the law enforcement agency on scene.

“For us, we probably have about 18 officers each time they’re open out there,” Fort Worth police Lt. Brandon Johnson said. “The hours are roughly 7 a.m. to 5 p.m. Usually the same officers are working, depending on the day. And we just control the entry points, exit points, and we help traffic once they clear the vaccine sites.”

With the number of cars that have passed through on vaccine clinic days, crashes are bound to happen. Johnson said they’ve all been small.

“[There have been] six accidents on the immediate surrounding roads during vaccine operations,” Johnson said in an email. “Two accidents [in] the parking lot while the cars were in the vaccine line.”

None of the crashes were major. Fort Worth police took reports for those crashes.

“We’ve had a few people that have kind of bumped into the car in front of them [in the line approaching vaccines], which has always been minor,” said Mike Wiles, a Denton County Emergency Services officer.

Traffic enforcement is most of what the Fort Worth Police Department handles at TMS. While it’s mostly the special events unit working those days, Johnson said they’ve had to request help from the patrol division.

“Part of that was to start allowing us to get back to traffic enforcement duties we haven’t done a whole lot of since we started staffing the site,” he said.

Wiles said Fort Worth police have been instrumental in helping the traffic flow quickly.

“The highest vaccinations per hour once was 1,800 per hour,” Wiles said. “It’s incredible to see this many cars coming through here. It doesn’t look like we’re busy [because of how fast people go through], but it can cause a traffic backup.”

Another high was set for vaccines when Denton County administered just over 17,000 COVID-19 shots on Thursday.

In total, DCPH administered 17,003 shots at the clinic, a record high for its operations at TMS, according to a DCPH tweet.

While the vaccination clinic at TMS has been a largely county-backed operation, Wiles said they always try to go into a community and work with its local agencies.

“I basically describe it as having a barbecue in your backyard,” Wiles said. “If I had one in your backyard, I’d invite you. Even though [the clinic] is in Denton County, we’re in Fort Worth. We reach out to all local agencies. We wouldn’t have had enough resources to do this without us all working together.”