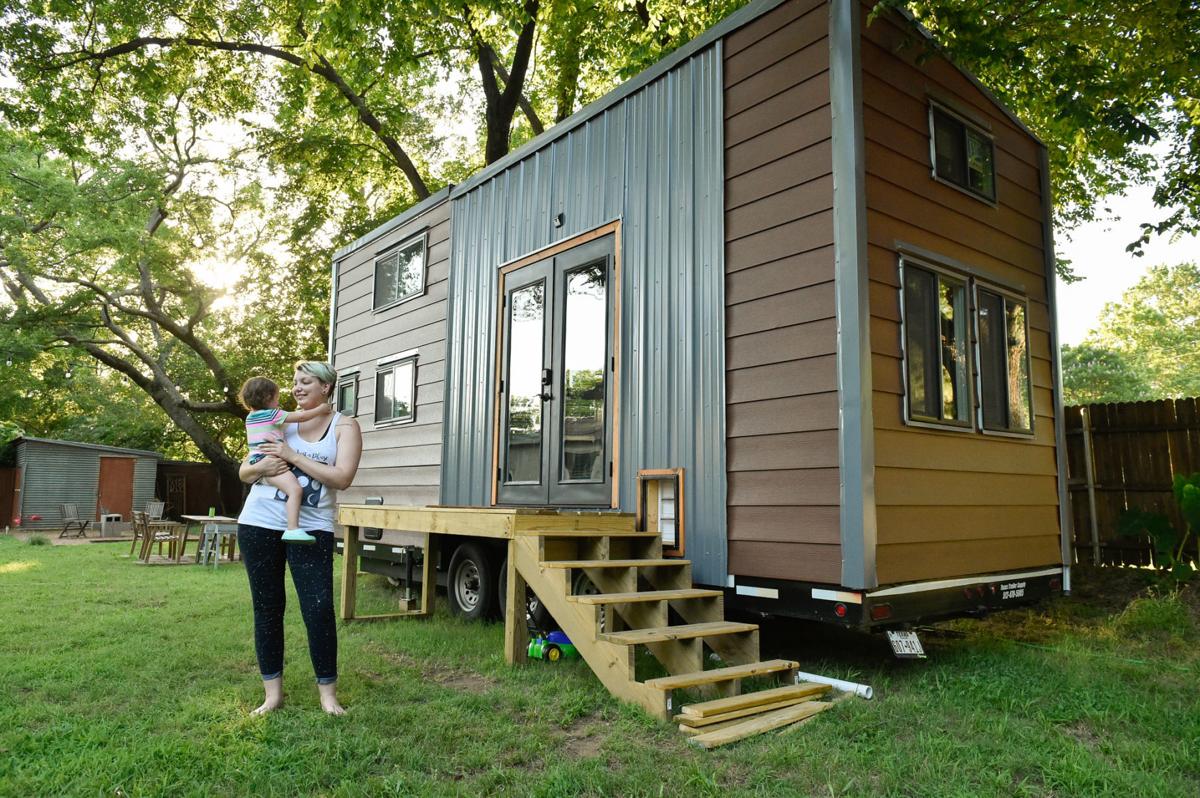 Owner Susan Huerta and her daughter, River, stand near their tiny house Wednesday in Aubrey. Huerta’s tiny house is approximately 191 square feet and took about a year and three months to build. 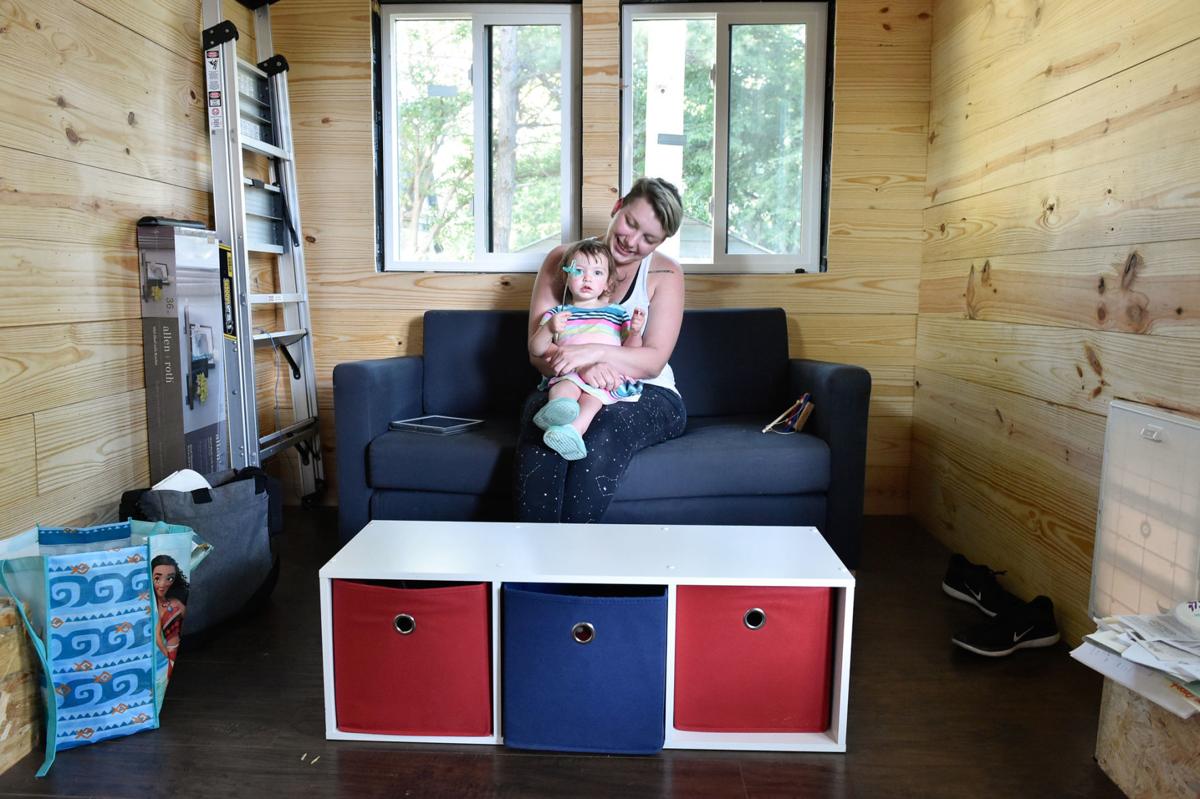 Owner Susan Huerta and her daughter, River, sit inside the living room of their tiny house Wednesday in Aubrey. City officials have declared her home is in violation of local code.

Owner Susan Huerta and her daughter, River, stand near their tiny house Wednesday in Aubrey. Huerta’s tiny house is approximately 191 square feet and took about a year and three months to build.

Owner Susan Huerta and her daughter, River, sit inside the living room of their tiny house Wednesday in Aubrey. City officials have declared her home is in violation of local code.

As support for tiny homes in Denton grows, officials say they are looking to make the homes a reality via rule changes that allow them within the city.

The city is in the process of rewriting its development code, a set of rules determining specifics of what can be built in Denton. The code is being drafted, and aims to reconcile issues between the existing code and Denton Plan 2030, a long-term plan for the city’s growth adopted in early 2015.

“[The City Council has] given directions to staff as they’re redoing the Denton Development Code to make sure we can accommodate tiny homes,” council member Dalton Gregory said. “I think if we can offer a bigger variety of housing options, we’re just doing a better job of serving our community.”

Though there is no set definition for what constitutes a tiny home, the 2018 International Residential Code defines one as “a dwelling that is 400 square feet or less in floor area excluding lofts.” In practice, residences accepted as tiny homes are often between 100 and 500 square feet.

Ron Menguita, Denton’s long-range planning administrator, said the city may be more open to tiny homes on a foundation as opposed to those on wheels as the former would be more beneficial to the community. Homes on foundations often have higher square footage since they need not be towed.

A tiny-home resident in Aubrey is facing issues after the city declared her home in violation of local code. Susan Huerta, 27, must move her tiny home on wheels from her host Randy Cochran’s lawn by Wednesday in order for Cochran to avoid a citation and fines.

But Huerta says Cochran’s spacious yard just minutes from Aubrey’s town center and with a playground in sight is the perfect place for herself and her 1-year-old daughter.

“People get into a routine of how they run the city, and tiny homes are a curveball,” Huerta said.

Huerta’s home has an area of just under 200 square feet, large for a tiny home on wheels. Though it is usually occupied by herself and her daughter, it also houses her husband, Adan Huerta, who works out of town as a driver during the week, and their three dogs.

The two decided to build their tiny home after Adan brought up the idea, to some resistance from Susan. But as a recent graduate of Texas Woman’s University, she soon grew overwhelmed with the costs of renting and paying off student debt.

When she learned she was pregnant, Susan said she was convinced a tiny home on wheels could help the family financially and allow for more travel, the former a benefit many millennials cite in embracing tiny homes.

The couple moved to Aubrey in late April 2018 after finding Cochran through an advertisement he’d placed on Craigslist.

Cochran, 35, said he was lonely, and, interested in tiny-home living himself, decided a tiny home on wheels in his yard would be the perfect solution.

The city of Aubrey is not allowing the setup to continue based on code similar to Denton’s — multiple dwellings in a single-family zone, a lack of connection from the home to the city’s sewer system and operation of a commercial mobile home park.

But Denton city planners and council members say they are open to changing the code to accommodate tiny homes, and the ongoing code rewrite may do just that

Denton’s development code includes a number of constraints that effectively bar tiny homes. The primary barrier is the minimum requirement of 900 square feet for single-family residences.

Though the development code must be approved by the City Council, Menguita said officials involved in writing the code have discussed lowering the requirement to 500 square feet to allow for tiny homes.

While Menguita said officials are “headed in the right direction,” he said the change has not yet been vetted.

The zoning code is another issue that must be resolved for tiny homes to become possible in Denton. This includes determining where tiny homes can go, whether they’ll be on separate lots or shared lots and what the minimum lot size should be.

“Anything we can do to create more housing is something we’d like to see,” Menguita said. “[Tiny homes are] one part of an answer to providing affordable housing for our citizens.”