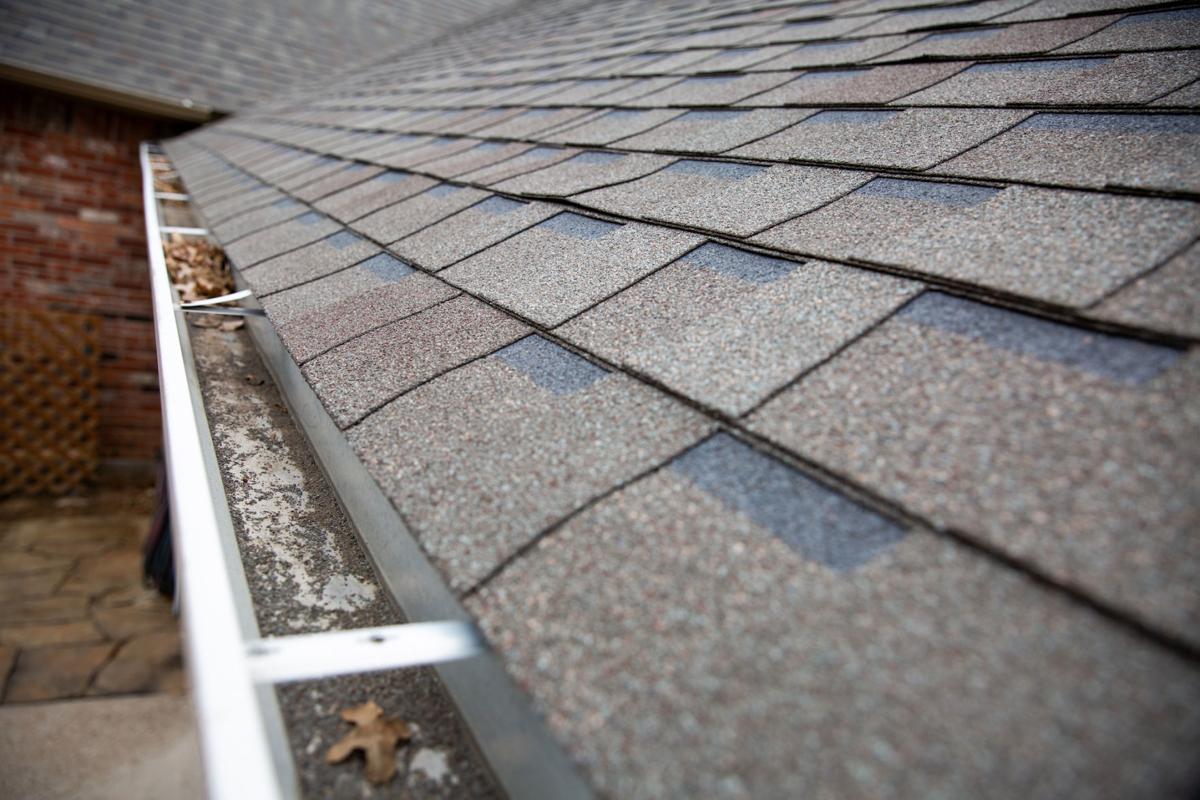 Granules from the hail- and weather-damaged shingles on Herb Hollis’ roof line his gutters in November in Flower Mound. He has been battling with USAA to cover roof damages after months of inconsistent service.

Ever since I first wrote about USAA Insurance’s mysterious drop in its Better Business Bureau grade from “A” to “F” eight months ago, The Watchdog heard lots of rumors from folks about why the company faced so many unsolved complaints. But the information wasn’t solid enough to share here.

The good news is that San Antonio-based USAA lifted its rating back up to a “B+.” Maybe my original story helped push it along.

The bad news is I’ve found a couple of Texas court cases that help The Watchdog get closer to the truth about what’s going on with the homeowners insurance side of this vaunted, century-old company.

USAA vows to protect active military, veterans and their families. Maybe so, but the outside claims adjuster company USAA hires after severe storms — Allcat Claims Service of Boerne — sometimes allows its office supervisors to overrule field adjusters in what should be slam-dunk homeowner claims for storm damage repairs, according to court records in two active cases I’ve studied.

Allcat and USAA sometimes come up with silly excuses not to pay, court records show.

Allcat supervisors back in the home office can veto a field adjuster’s findings and drastically lower a payout. When customers balk, USAA sometimes spends money on legal fees that cost more than the initial claim.

In this first of a two-part Watchdog series, let’s look at the case of Dr. John Kelley and his wife, Sharon. Until now, the retired Navy flight surgeon, who served stateside during the Vietnam War era, and his wife were perfect USAA customers.

For 53 years, Kelley, 80, and his wife, 71, paid their USAA premiums on time. When a 2018 hailstorm rocked their Georgetown neighborhood, the Kelleys filed a roof claim.

Gair Allie, the field adjuster from Allcat working on behalf of USAA, found wind damage on their roof and even wrote the word “Wind” in chalk on shingles, a photo shows. The adjuster told them they’d get a new roof, the Kelleys said.

Allie, who did not return my call, wrote up a report recommending that USAA pay $19,800 for a new roof. Kelley found a roofer he wanted to hire.

Then something unexpected happened. USAA launched a fraud investigation into the Kelleys, complete with a background check, court records show. USAA also investigated, then cleared the roofing company of fraud.

The Kelleys’ background report showed the family’s history, including cars it previously owned, their relatives and other elements found in a typical background check, Kelley told me.

USAA informed the couple that it wouldn’t pay the claim because the Kelleys’ roof had been damaged not by wind but by what the company called “roof vandalism.”

“They’re arguing the roofer must have done damage to it,” Kelley explains. But that’s not what the adjuster originally concluded.

Yet a follow-up report from Allcat shows that adjuster Allie dropped the recommended Kelley payment from $19,800 all the way down to $1,200, well under the Kelleys’ deductible.

The couple sued in Williamson County. Their lawyer, Shannon E. Loyd of San Antonio, argued that even if the damage had come from vandalism and not wind, the policy covered that, too.

USAA spokesman Richard Johnson said the company cannot comment “due to privacy restrictions.” But litigation shows that the company acted appropriately, he said.

“We are passionately committed to serving members, settling millions of claims each year and have a nearly 96% member retention rate,” he said.

USAA denied the Kelleys’ lawsuit claims in court papers, arguing that it couldn’t pay for a new roof unless Kelley filed a police report for vandalism. Kelley refused because experts who looked at his roof found hail damage from wind, not vandalism.

Kelley told me that he knew filing a false police report is a crime under Texas law. Besides, other houses on his street got new roofs after the same storm without these kinds of problems, he said.

As an alternative, USAA told Kelley he could hire an engineer at Kelley’s expense to refute their findings.

This case went to a five-day trial. Kelley says the legal fees must have been high for USAA because he sometimes counted what he believed to be as many as five or six USAA attorneys in the courtroom.

A jury of 12 people, including three USAA members, ruled in favor of the Kelleys. The couple was awarded $143,000 in damages and attorney fees.

The final order by the judge hasn’t been signed, so the case is technically still open. Kelley said he expects USAA to appeal. If so, that’s throwing more good money after bad.

Allcat, along with USAA’s lawyers, didn’t return my requests to speak with them.

Meanwhile, Kelley, tired of waiting, paid $17,000 of his own money to put a new roof on the house.

“I don’t know what has changed about USAA,” Kelley said. “It’s like they decided not to pay a claim and see how far they could take it.”

Coming next: In part two, I’ll introduce you to a whistleblower, a former Allcat Claims Service field adjuster. In a sworn statement, she reveals how Allcat and USAA can unfairly lower payouts to customers who deserve far more.