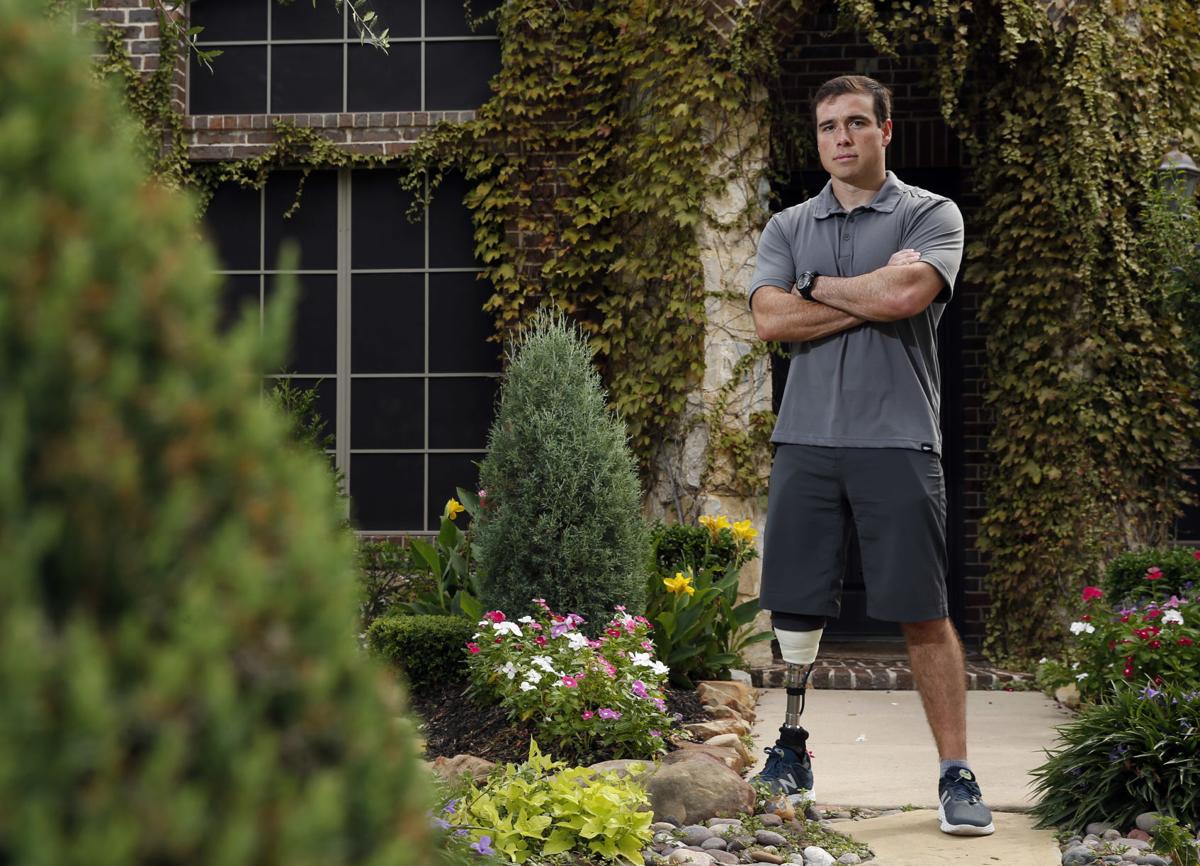 Veteran John Wayne Walding has a lawsuit against USAA over a $9,000 claim. The company gave him permission to get a repair, then changed its mind.

What is wrong with you? Why are you constantly buying television ads promising you’ve got the backs of U.S. military veterans and their families? Then I meet someone like John Wayne Walding, a true American hero. Veteran of battles in both Iraq and Afghanistan. Lost his leg chasing terrorists. Became the first certified Green Beret sniper instructor who is an amputee.

The Little Elm resident has a Silver Star, a Bronze Star and a Purple Heart.

He also has a note from you, USAA, on your phone app telling him to take his Ford F-250 truck with 220,000 miles to a shop for repairs on an engine problem.

Make an appointment with a repair shop, your note to him instructs. “We’ll take care of the rest.”

He takes you at your word and gets his truck repaired for $9,500, minus a $500 deductible. Then, after the work is done, you break your promise and tell him you changed your mind. You’re not going to pay.

You picked on the wrong guy. You picked on a guy who represents everything you supposedly stand for. A vet who could star in your TV ads. Instead, he’s taking you to court for a well-deserved lawsuit.

USAA, imagine this Texas native telling his story in front of a jury in a Denton County courtroom, where his suit will be heard. John Wayne Walding was born on the Fourth of July, and because of that his parents named him John Wayne. He always knew he wanted to be in the Army. Months before 9/11, when he was 20, he signed up.

In Iraq, he remembers invading the country in his Humvee, with U.S. rockets flying overhead to clear the way. His gas mask was on, just in case.

Five years later, as a Green Beret, he was in Afghanistan chasing a high-value terrorist leader in what came to be known as the Battle of Shok Valley. He and his men were pinned down below while the enemy blasted them from above.

When a bullet severed his right leg, “I cried. I screamed.” He tied it with a tourniquet, gave himself a shot of morphine, then tucked his dangling leg against his waist and kept fighting. No one could believe it.

He lost the leg but didn’t quit. He became the first one-legged certified Green Beret sniper instructor and stayed another five years.

“You can take my leg,” he says. “But you can’t take my heart. I believe in being a part of something bigger than myself.”

Now he fights you, USAA.

“Fighting bullets and fighting finances are two different things,” he says. “But they’re both terrifying.”

What was his engine problem?

In February, at the filling station, he filled up his truck with gasoline instead of the required diesel. He says he sometimes makes mistakes.

He was diagnosed with traumatic brain injury from all the noise he endured and battles he fought (10!) in his dozen years of service.

At that gas station, “I just had a moment,” he says. “I have memory problems. It really is humbling.”

Does his policy cover something like this? His two lawyers, Bryan J. Wick and Noah H. Nadler — who are representing him for free — say they can prove he should be covered. Even so, your USAA phone app told him to fix the truck. “We’ll take care of the rest.” That should count for something.

“Every time I see a USAA commercial, my blood boils,” he says. “Because it’s just not true. My feelings aren’t hurt. I’m a Green Beret. I can take it. But that’s why I was with USAA. Because of that commercial. I thought they did care about veterans. They advertise that they have your back.”

USAA spokesman Richard Johnson told me that due to privacy concerns, he cannot discuss the claim.

Johnson said, “What we can share is that engine mechanical breakdown is not typically a covered loss in a standard auto insurance policy. This includes, but is not limited to, inappropriate gasoline or other fluids introduced into vehicle components.”

USAA showed me a court case that backs this view. The Green Beret’s lawyers point to other court cases that support his side.

Case law aside, I have a copy of a screen shot with your promise: “We’ll take care of the rest.”

One outside expert contacted by The Watchdog, Ronen Avraham, an adjunct professor at University of Texas and a professor of law at Tel Aviv University, told me you may be fighting the $9,000 bill as a frivolous claim.

He suggested that you expect most of your customers wishing to fight a smallish $9,000 claim probably can’t find a lawyer willing to accept a third or so of that in contingency. But USAA, you probably weren’t counting on Walding finding two lawyers willing to handle his lawsuit pro bono.

The expert adds that USAA’s defense lawyers, part of an outside firm, likely work on a billable hours basis. “And the defense lawyer is eager to fight because this is how he makes money,” Avraham says. “The insurance company might not be aware of the damages — the reputational harm — the lawyer causes them.”

USAA, this last reason makes sense. This is the third story I’ve written in the past month showing how you let down veterans and their families by refusing to make good on claims that cost you more in legal fees than the claims themselves.

There’s retired Navy flight surgeon John Kelley and his wife, Sharon, 53-year customers of yours, whose roof claim you denied, citing “roof vandalism.” You let the case go to a five-day trial with half a dozen or so USAA lawyers popping in, Kelley told me. A jury awarded the Kelleys $143,000 in damages and lawyer fees. Nice going. All for a $19,000 roof claim. What a waste.

Then there’s the case of Larry and Shirley Reyes. You refused to pay most of their damages from Hurricane Harvey. Too bad for you that an adjuster you hired to handle the claim has turned whistleblower and testified under oath that her supervisor made her drop the recommended roof payout to a measly $2,900. Years later, the couple’s home still contains buckets used to collect rain water dripping through their damaged roof. Their lawsuit is pending.

USAA, are the two outside lawyers you hired to handle some of your cases, including Walding’s, serving you well? I asked your lawyers, Lisa A. Songy and Jeffrey S. Valliere, both of Dallas, to talk to me about the cases, but they do not respond to The Watchdog.

Walding’s lawyers wrote you before he filed suit. It was a polite note, asking you if you wanted to do battle with a veteran like him.

“They wouldn’t give me the time of day,” lawyer Nadler says of USAA.

Big mistake. This John Wayne has a lot of fight left in him.