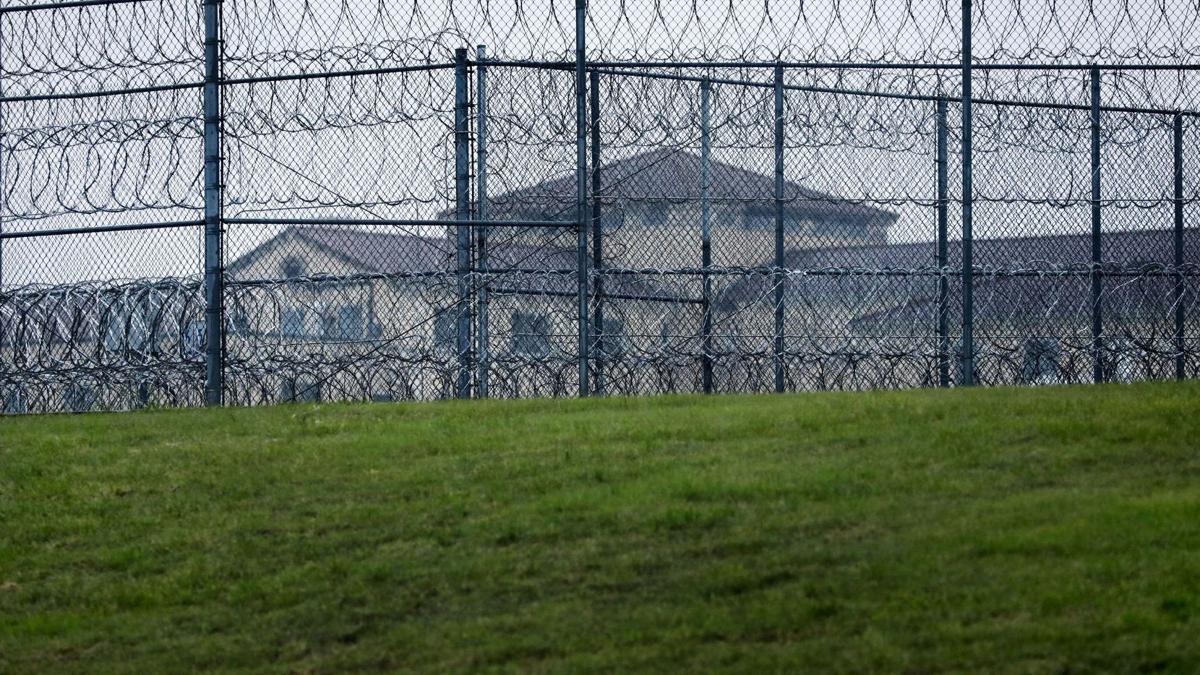 The federal medical center prison in Fort Worth has seen more coronavirus deaths than any other federal prison in the United States.

He called his family back in New York to tell them he would be released from Federal Medical Center in Fort Worth in May. He was beyond excited. After 20 years behind bars, he would finally stop being a number and get back his name: Vernon Adderley.

Adderley’s relatives asked him about his health and if he had the coronavirus. His brother Jermaine remembers his answer.

His release date was set for May 19.

But eight days before that, a doctor called the family with terrible news. Adderley had been in the hospital for two weeks. In a FaceTime call, the doctor gave Jermaine a look at his brother. Vernon was in a bed with his eyes closed.

The family didn’t even know he was sick.

Adderley was the 10th inmate at FMC Fort Worth to die from the virus. That’s the most of any federal prison in the nation, according to the latest U.S. Bureau of Prisons statistics.

In one sense, that’s not surprising. That facility is a medical prison, after all. Records show that Adderley was taken to an unidentified area hospital, where eventually he was placed on a ventilator.

Jermaine asks, “Why didn’t they notify us earlier? They say, ‘We can’t give you no information.’”

An unidentified spokesperson for the Bureau of Prisons answered my questions with a statement that it is expanding “testing at select facilities experiencing widespread transmissions.” The spokesperson added, “While a prison setting is unique when addressing a pandemic, the care and treatment of an identified positive COVID-19 case is not.” The spokesperson added that the bureau follows federal health guidance for quarantine and isolation procedures, along with providing appropriate treatment.

A news release issued by the prisons bureau a day after his passing — “Inmate Death at FMC Fort Worth” — does give some information. Adderley, 56, had in late April developed a fever, cough and shortness of breath. He tested positive for the coronavirus and was placed in isolation.

Five days later, after showing signs of dehydration, weakness in his lower extremities and other symptoms, Adderley was whisked to a hospital, where he died.

The news release makes no mention that he was eight days from release.

Adderley constantly struggled with the prison system on health issues. Before he was transferred to Fort Worth, he spent time at the federal prison in Otisville, about 75 miles from his hometown, New York City.

Adderley was originally sentenced to 35 years after his conviction almost two decades ago for his involvement in a crime involving crack cocaine and firearms. “They got him trading guns for drugs,” his brother told me.

At the Otisville prison, before his transfer to Fort Worth, Adderley tried to get medical treatment for various ailments, but he was often denied, court records show.

In 2016, feeling out of sorts, he went to an emergency sick call: “I couldn’t breathe and my heart was racing.” The prison doctor checked him, said there was nothing wrong and sent him back to his cell.

A week later, Adderley went back to the infirmary and complained again. Again, he was returned to his cell.

Two days later, a guard noticed he was stumbling around his unit and called medical staff.

“I was having a stroke,” he wrote in legal papers. He was transferred to an outside hospital, he wrote, “but the damage was already done.”

Adderley filed an administrative complaint against Otisville — “I feel like the prison is leaving me to die in here.”

He added that he couldn’t get treatment for a knot on his forehead “the size of a golf ball.” The knot caused a headache and extreme pain. He was told to apply hot water.

A photo in his file shows a protrusion on his forehead.

Adderley added that he had waited 10 years to get dentures, but never could. For years, he was told they were “on the way.”

“Without my dentures, I cannot eat,” he wrote. “As a result, I am weak. … I suffer from malnutrition.”

He wrote that he felt as if prison officials “left me for dead.”

His administrative complaint was denied. “There is no evidence to suggest medical neglect,” the inmate appeals administrator wrote.

Last year, after Adderley filed a federal lawsuit alleging lack of medical care, he was transferred to Fort Worth.

In an affidavit for the lawsuit, Suresh Kumar, an Otisville inmate who described himself as a “jailhouse lawyer” working on Adderley’s behalf, listed Adderley’s ailments.

“He may not be around long,” Kumar predicted. “His condition is precarious.”

In one written complaint, Adderley laid out his life dream: “Receive medical treatment upon my release and hopefully be able to live for a few years.”

Eight days shy of paying in full his debt to society, inmate #50083-054 did finally get to come home. But he came home in a casket.