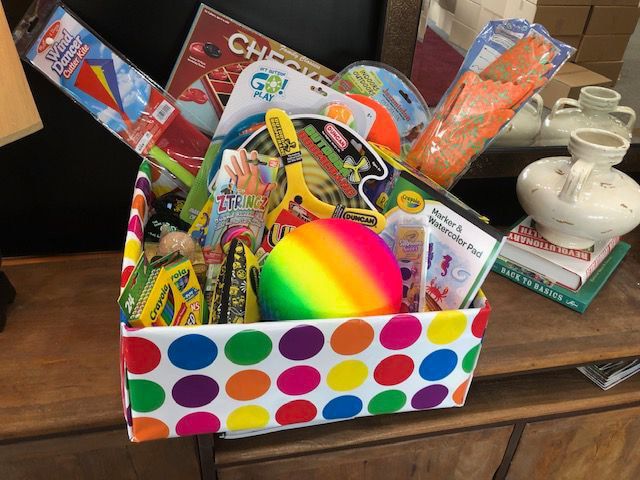 “Summer Camp in a box,” sponsored by Summer Santa, provides a substitute for camps closed due to the coronavirus this summer. 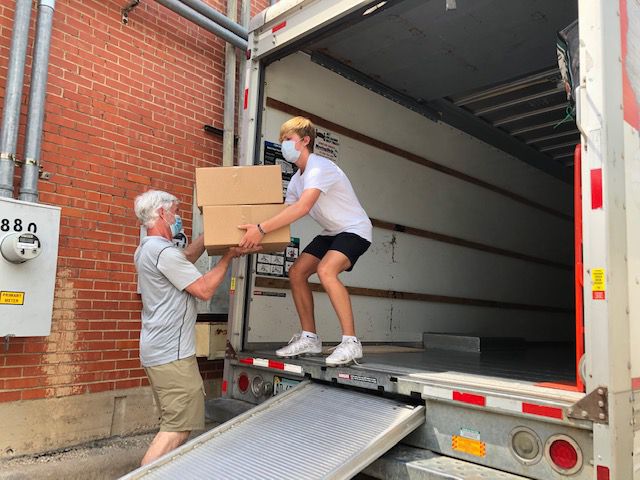 Volunteers for Summer Santa load 406 toy boxes for 406 North Texas children who can’t go to summer camps due to coronavirus.

“Summer Camp in a box,” sponsored by Summer Santa, provides a substitute for camps closed due to the coronavirus this summer.

Volunteers for Summer Santa load 406 toy boxes for 406 North Texas children who can’t go to summer camps due to coronavirus.

The other day, I grabbed my medical mask and drove with my wife to The Toy Maven store in Dallas to pick up 10,000 toys.

That’s a lot of toys. They were heavy. But we had lots of help.

The toys were packed tightly into 406 boxes. Each box contained bouncy balls, crayons, a jump rope, light-up necklaces, a kite, a boomerang, checkers, card games and much more.

A group of us loaded the boxes onto a rental truck, and then other volunteers distributed them to six North Texas school districts and nine nonprofits serving children.

We call it “Summer Camp in a Box.”

But not this year.

Because the system I helped design uses schools to help us identify children who need special help, we couldn’t do that. Schools closed early.

Even worse, most of the camps that Summer Santa partners with are not opening. So our creative board of directors came up with this great substitute. By creatively thinking outside the box, they ended up inside the box. Ha!

As wonderful a solution as it is, this pains me. Millions of kids are being denied one of the great rewards of childhood. Kids work hard in school for 10 months and then, if they’re lucky, get to go away for a couple of months. In the camping business, it’s called “10 for 2.”

For me, someone who grew up in the concrete jungle of Manhattan, camp was full of firsts. First time camping. First time fishing. First time shooting a rifle, wearing real baseball uniforms in games, boxing, wrestling, lake swimming, kissing a girl (Hi, Lorie!) and so much more.

‘Only thing in my life’This week, I called the director of my old Kingswood Camp in the White Mountains of New Hampshire to check in. Rob Wipfler has closed the boys camp for the first time since it was founded in 1947.

His note to parents states, “We cannot guarantee the safety and well-being of our camp community” because of the coronavirus.

“It’s been really hard for the boys,” he told me. “I had several parents tell me that after we sent out the news, their sons went straight to bed. They said, ‘This was the only thing in my life I was looking forward to.’”

The city’s Park and Recreation Department announced the other day in an email blast that, “We’re jumping into summer!” And it’s quite a jump. The city is hosting three in-person camps. One is at rec centers. Another is an outdoor adventure camp. A third is called a roving recreation camp.

For parents who don’t feel comfortable sending their kids out, the city is also hosting what it calls “Rec@Home Virtual Programming.” (Visit DallasParks.org for more information.)

For these rare in-person camps, the rules are strict to comply with state guidelines. Facilities and equipment will be deep cleaned every night. Surfaces will be wiped down every two hours. Counselors must wear face masks. Parents will not be allowed in the buildings. Staff and campers will have their temperature taken. Hand sanitizer use will be encouraged. Contact games will not be conducted.

The alternative is virtual camp online. I watched one video on Dallas’ Rec@Home and it depressed me. The counselor taught viewers how to make a fire pit out of construction paper. It was a pretend paper fireplace. Good luck toasting a s’more on that.

Although a slight number of camps in North Texas are opening, many more are planning virtual camp sessions. Most announce the sad news on their websites. Check a camp’s website for its open-close status.

Shakespeare On the Go! is hosting its Dallas-based camp, which teaches youngsters how to perform in Shakespeare’s plays. Usually there’d be around 25 kids spending five hours in one week. This year, the virtual camp has seven kids spending only two hours together. To make up for the drop, the price was lowered, camp director Julie Osborne Watts told me.

“We found there’s virtual Zoom fatigue if you go too long,” she said.

Like other camps, she’s still hoping that in-person camps can open later in the summer. “We’re working hard to try and provide a safe space for campers,” Watts said.

“More than 60% of parents across all income brackets wanted an in-person camping experience,” Big Thought CEO and president Byron Sanders told me.

He found only a half-dozen camps now offering in-person camps. Among the group are some area YMCAs.

Waiting on state guidelines for day camps and sleep-away camps, which were slow in coming, was “like going through an epic novel in three weeks,” he said.

So camp in a box and virtual camps with Zoom fatigue are the new norm? This is one more casualty that hurts. You can’t give a child back her or his youth.

Meanwhile, thank-you notes are coming into Summer Santa’s mailbox (we have no paid staff or physical office).

One child writes: “I want to thank you for the box of goodies. I love everything in it. My friends and I will have so much fun. Thanks to you. God bless you for your kindness.”

Love it. I truly do. But it’s just not the same. Not even close.