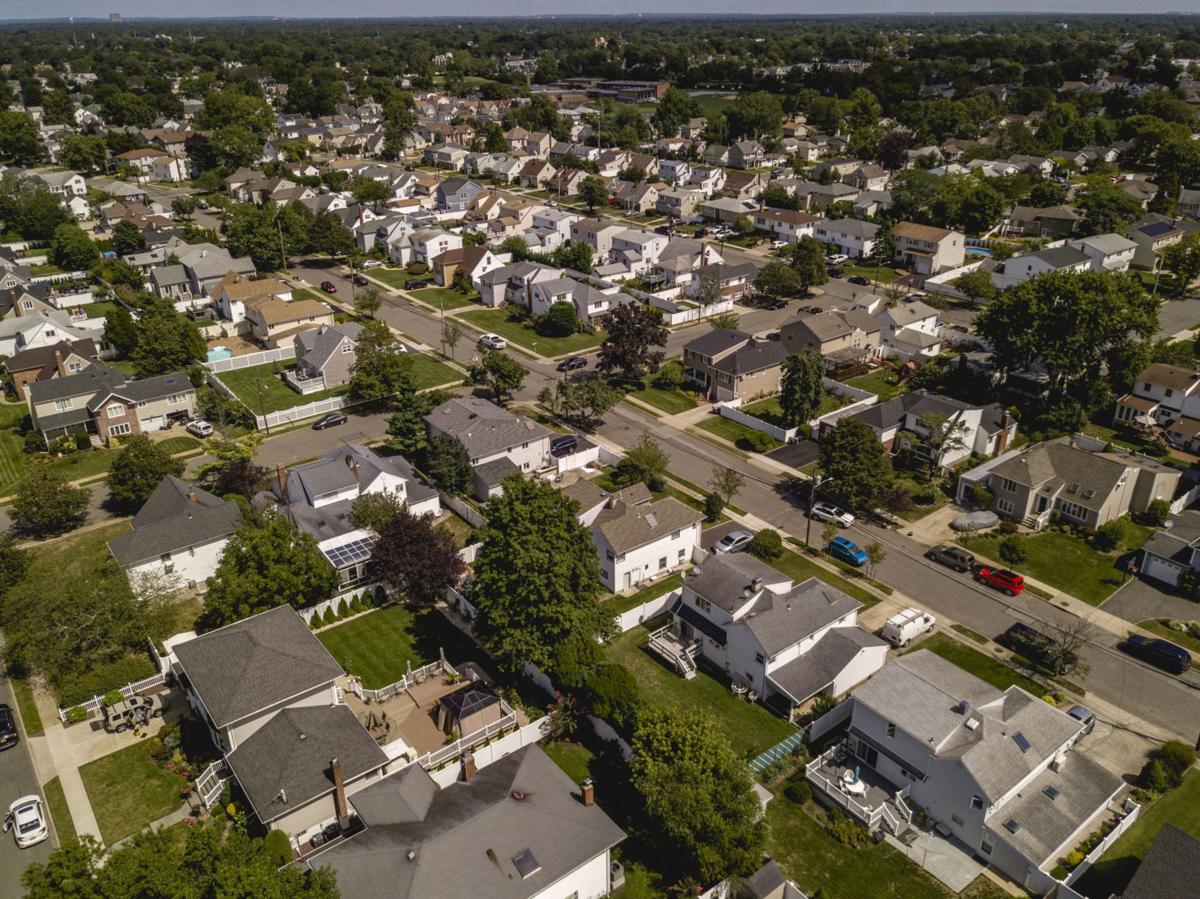 An aerial photograph of homes in Merrick, N.Y. If you think your property tax bill will drop this year, think again.

Watchdog, in the midst of our coronavirus epoch, surely my property taxes are going to drop, right?

Oh boy, sit down for this. Not only will they not drop, I expect our property taxes will go up. I see several ways they can come at you, digging deeper into your pockets.

How could that be? So many of us are on the edge. People are having trouble paying their mortgages.

First, remember that your house is appraised based on its condition as of Jan. 1, not now. We were swimming in prosperity on New Year’s Day, so your house appraisal won’t shrink this year.

That’s the obvious rescue fix for taxpayers, but your property taxes are a county affair, not a state function. The governor, under the Texas Constitution, doesn’t have that kind of power to dip into a county appraisal district. But who knows? His lawyers can find work-arounds. They did when they rescued the state plumbing board.

Who has the power to freeze values at 2019 levels?

Your appraisal district’s board of directors could direct the chief appraiser to freeze appraisals at 2019 levels. A taxpayer could lobby these board members now for a county freeze.

Didn’t a new property tax reform law go into effect recently? Our leaders told us that, possibly, our taxes would fall some because of that.

We all expected that the new law would slow the rate of growth, and that maybe, down the line, our taxes would drop a few hundred dollars. But here’s what’s happening now. There’s a movement afoot to waive the first-year provisions of the new law because of the crisis.

To give governments that tax us (city, county, school district, hospital, college and more) the chance to raise more money, not less.

More? How would they pull that off?

Follow this: Under the old law, if a government raised its revenue 8% or more in one year it had to have a rollback election for voters to approve or disapprove. Some governments had the system down pat. They raised their revenue 7.9% to avoid an election.

The new law knocks the growth number down to 3.5% for cities and counties and 2.5% for school districts. Budget increases at those numbers or higher would require an election, something most public officials like to avoid.

The movement gaining steam would allow governments to raise revenue nearly to 8% this year. The Texas Municipal League is telling its city members that because Gov. Greg Abbott issued an emergency disaster declaration, these governments could increase their budgets to just under 8% instead of 3.5% to avoid elections. That means your taxes would go up.

Is this for real?

TML says that’s one option. Governments could also stick to the new numbers if they choose, TML says. This is causing confusion. Lawmakers like Sen. Paul Bettencourt, R-Houston, who led the push for the new law, told me that under no circumstance should governments try to grab more tax dollars by ignoring the first-year provisions of the new law.

Sounds like I’ll have to protest this year? What’s the protest deadline?

It was supposed to be May 15, but now it appears that some appraisal districts will send out the tax notices by May 1. That means the deadline would move to June 1. The law says the deadline to protest is 30 days after the notices get mailed. Check your tax notice to learn the deadline in your particular county. It may not be the same everywhere.

All of this is in flux. Everything could change. Everyone must pay attention.

How will they handle protests this year?

Differently than in the past. Appraisal districts know they’ll have a difficult time getting three review board members for every protest. The Dallas Central Appraisal District announced on its website that it was setting up a system where there would be only one reviewer instead of three. The setup will be tested this month.

Do they expect us to show up in person?

No. They will probably handle the protests online or by telephone. But before you get to that, you’ll be able to protest online and possibly get a settlement without any human interaction.

Aren’t there ways to block the tax aside from a protest?

Oh, yes. Billions of dollars in federal aid is expected in Texas. That should be used by local governments to offset property tax increases. Will they do it?

This doesn’t affect apartment dwellers, does it?

Sure does, because most landlords pass costs on to tenants.

No. Employees are working from home. It’s difficult to get through with questions. I’m sure that will only get worse. It’s necessary for you to visit your specific county’s appraisal district website to look for the latest changes and procedures. Keep checking.

Couldn’t the governor take charge and rescue us from what’s about to happen?

I don’t know. The Watchdog put that question to Abbott’s office, but I didn’t hear back.

There’s got to be another way to lower taxes.

There is one more way.

Well, remember that your tax bill is not the fault of the appraisers who tag your property with a value. The largest portion of your actual tax bill is determined by your school board, city council and county commission. Your elected officials vote for a new tax rate every year in the late summer in public hearings that few people attend. So your house could be worth $200,000, but if the tax rate were set at zero, there’d be no tax due.

These officials are responsible, and they often pretend it’s the appraisers’ fault. But they can increase a tax rate, freeze it or lower it. Don’t forget your tax bill is the value of your home multiplied by the tax rate they set.

So we could pressure our elected officials to cut their budgets and lower their tax rates this year.

Absolutely. But it’s confusing. Public officials spin it to their advantage.

Can you give me an example?

Sure. This past week a couple of tweets attracted notice across the state. One was from Dallas County Judge Clay Jenkins, who tweeted: “Let’s do real property tax relief @GovAbbott. Please make changes to allow appraisal district[s] to freeze property appraisals from going up across the board until 2022! They can go down, just not up. Homeowners and businesses need the help. Please enact this relief.”

Daniel Gonzalez, a lobbyist for Texas Realtors, the state Realtors association, responded on Twitter: “What a false statement! You, Judge Clay, have ALL the power to enact a ZERO property tax increase on your citizens. Don’t blame appraisal districts for a tax increase.”

OK, let me see if I get this straight: I can protest my property appraisal with the appraisal district in the coming weeks AND I can monitor my elected officials and even organize my neighbors to pressure my local governments to keep the tax rates down?

That’s how you do it.

Nothing important is ever easy. But it can be done.