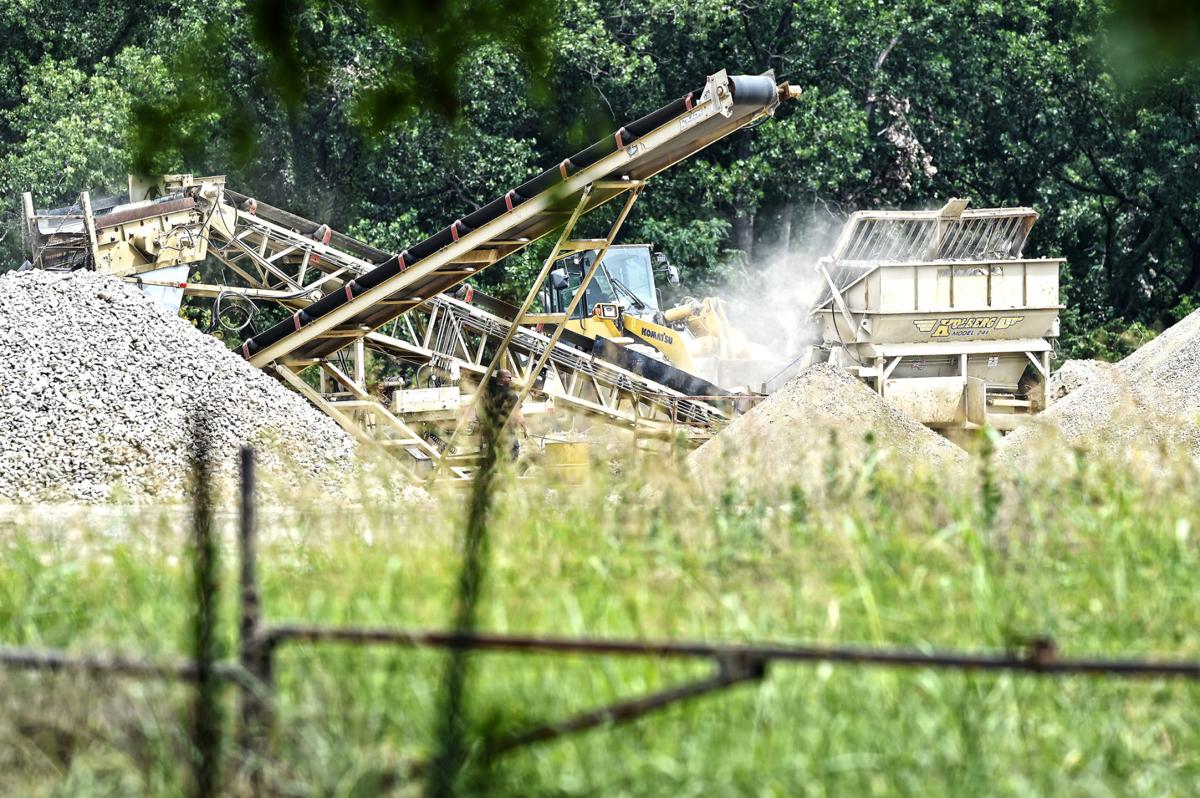 Workers and processing equipment can be seen Friday near a discarded shingle pile in the 5100 block of East University Drive in Denton County, just outside Denton city limits. 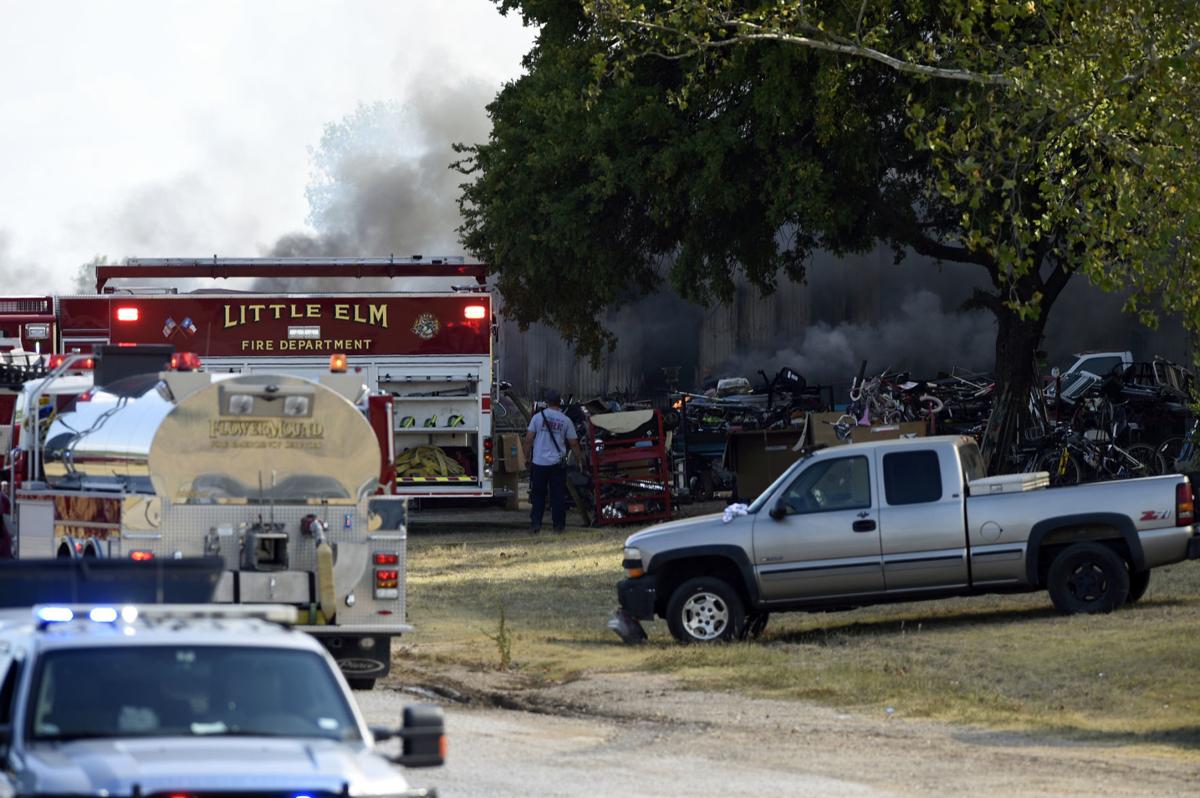 In a photo from Aug 4, 2018, fire departments from around Denton County respond to a junk pile that caught fire in the 5100 block of East University Drive. Explosions were heard coming from inside the blaze, forcing firefighters to take a more defensive approach.

State environmental officials confirmed earlier this week that the newly registered owner of a shingle pile in eastern Denton has no recycling permit for the location.

A company with ties to the troubled “Shingle Mountain” in southern Dallas registered its interest in a Denton parcel with the Texas Commission on Environmental Quality in April.

“Any shingles at that site may only be removed,” TCEQ spokesman Brian McGovern wrote in an email to the Denton Record-Chronicle. “Shingles from offsite sources may only be brought onto the Denton site when the owner has received proper authorization through a recycling notification.”

Chris Ganter of CCR Equity Holdings Five LLC has said the company has “zero intention” of accepting new materials at the Denton site. CCR Equity Holdings One LLC and its operator, Blue Star Recycling, have been ordered by a Dallas district court to remove a 55,000-ton heap of roofing waste from a parcel in South Dallas. Blue Star has since closed. The heap in Dallas is so tall and long it can be seen by motorists on Interstate 45, earning it the nickname “Shingle Mountain.”

If that status in Denton changed, state environmental officials said they would evaluate any application for recycling in Denton “to ensure shingles are properly managed and that shingles from the Dallas site are not brought to the Denton site without a proper recycling process and an end-market in place,” McGovern wrote.

State environmental officials did not notify the city of Denton or the county of the registration, since it was not required at this stage, McGovern said.

While the site is just outside the city limits, Denton has an interest, and jurisdiction, in protecting the watershed. The site’s listed location is in the 5100 block of East University Drive, but is actually along the banks of the Elm Fork of the Trinity River and the north shore of Lewisville Lake, a source of Denton’s drinking water.

Kenneth Banks, director of utilities, said the city asked for more information from the state and is watching the latest developments.

“We can do a lot with stormwater regulations inside the city limits,” Banks said. “But once it’s outside, we fall back on the state.”

He sent an email Monday to the county fire marshal, Jody Gonzalez, asking for an investigation. In reply, Gonzalez assured Coleman that they would.

“We will forward our findings to the TCEQ as this type operation is within their authority. They have civil penalties and processes that we do not have authority to enforce,” Gonzalez wrote.

On Aug. 4 of last year, a large fire burned brush, a small storage building and junk pile in the area, but it did not ignite or threaten the shingle pile, according to Denton Fire Chief Kenneth Hedges.

“The shingle pile was 100 yards farther to the south of the actual fire,” Hedges said, adding that a gravel road between the fire and the pile served as a fire break to contain the blaze.

Multiple departments responded to the fire, which had to be fought on the defensive after explosions were heard coming from within. Black smoke billowed into the sky for several hours as different patches burst into flames. The fire started sometime early that afternoon, and firefighters were still onsite into the evening. Some of the work included shuttling water to the property to fight the fire.