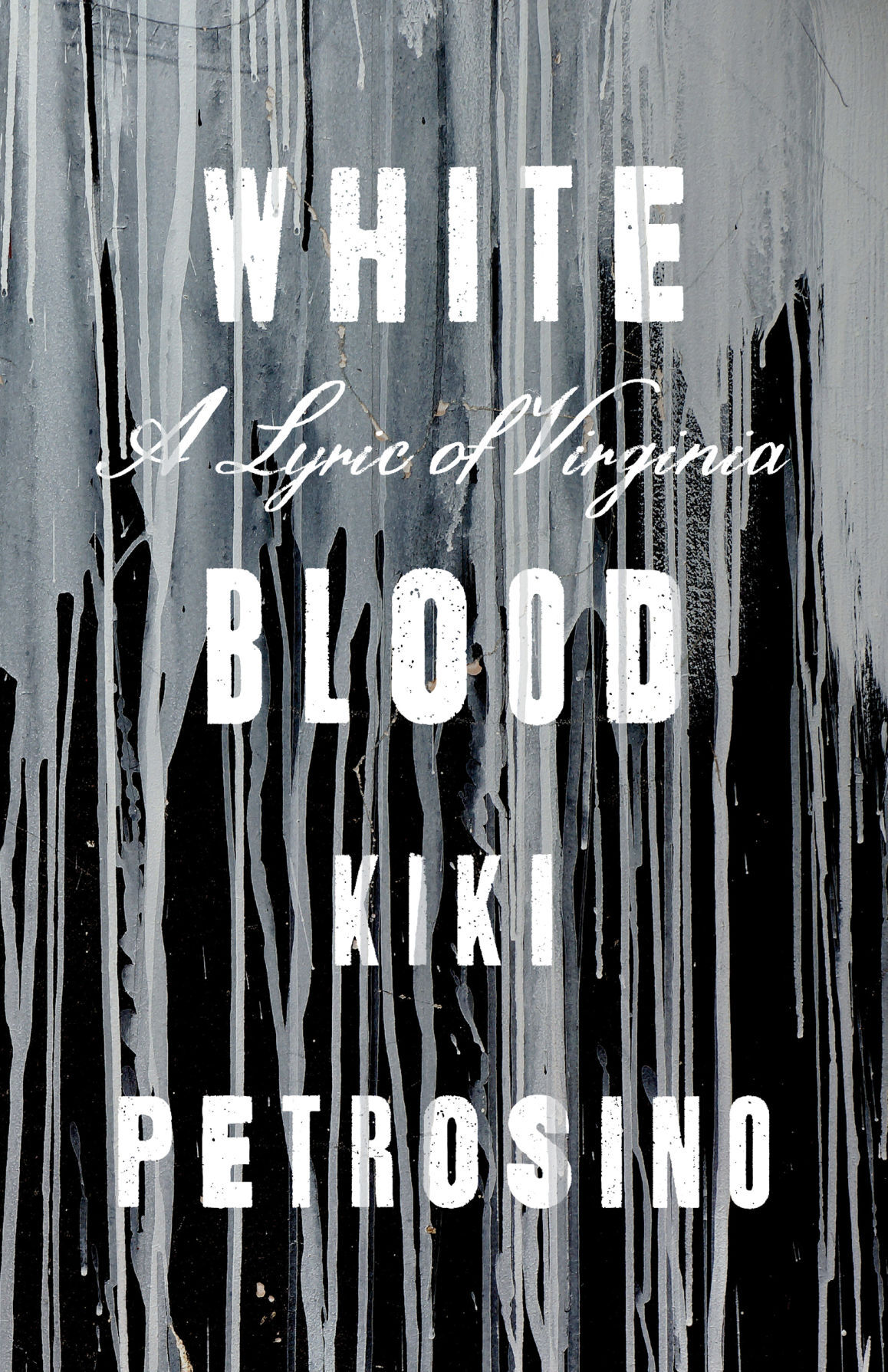 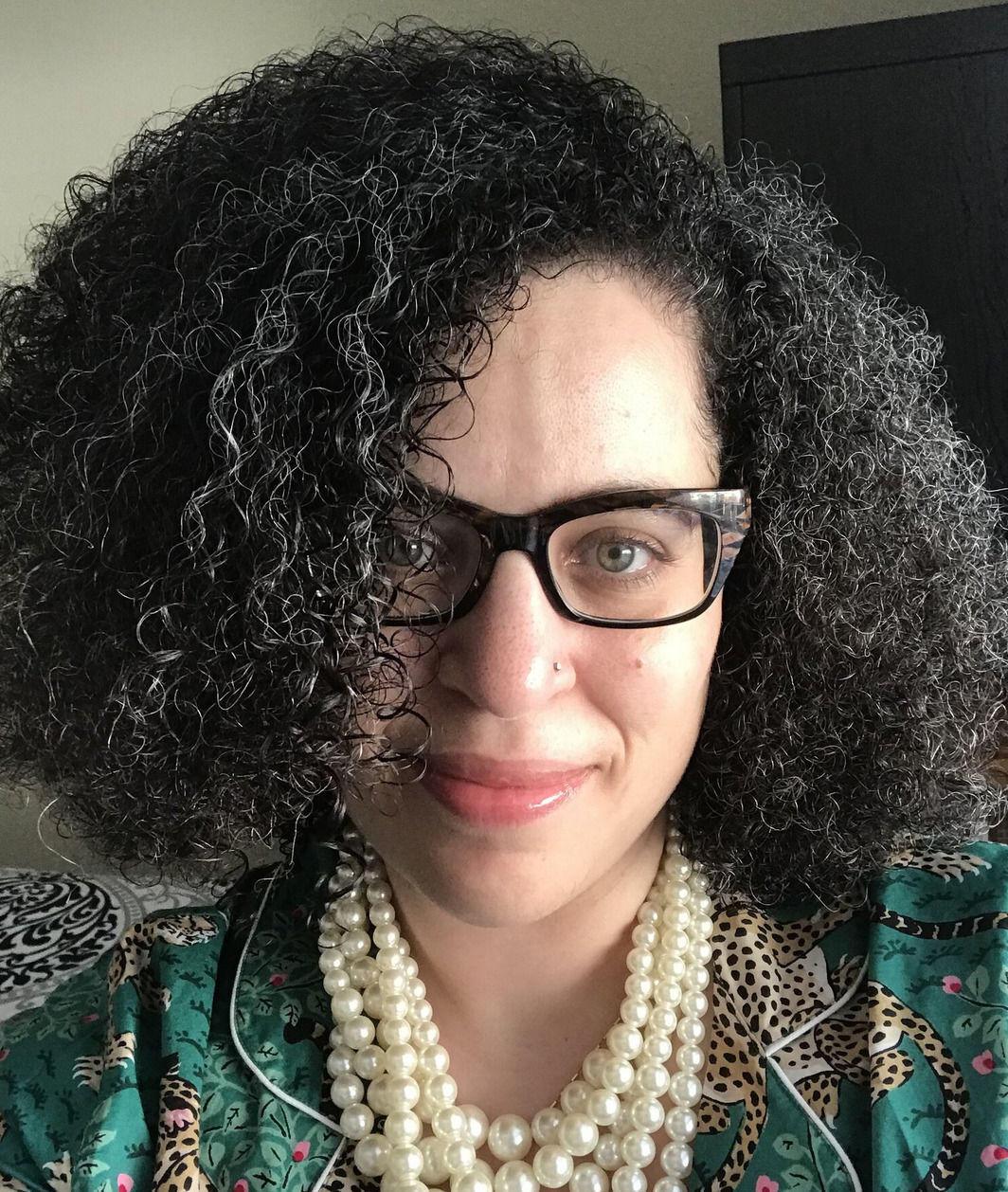 Correction: An earlier version of this story reported that the 2019 Rilke Prize winner would be visiting University of North Texas at a later date. The 2020 winner Kathleen Graber will visit the campus because her book signing and reading her canceled by the pandemic.

Poet Kiki Petrosino claimed the 10th anniversary Rilke Prize for poetry with an intimate study of her life as a biracial woman in America.

The University of North Texas prize highlights her 2020 book, White Blood: A Lyric of Virginia.

“I was stunned and surprised and delighted. It was a moment of joy,” said Petrosino, who teaches poetry at the University of Virgina. “There are certain post-publication prizes that poets dream of winning and this is one of them. But with all of the wonderful books that came out over the past year, I didn’t know that White Blood would be one of them and to have that happen is just an amazing vote of confidence.”

The Rilke Prize recognizes poetry collections by mid-career poets who show maturing artistry and vision in their work. Winners have typically published three or more books, and while winners are required to be working on creative writing faculties for colleges and universities, most Rilke Prize winners are in the classroom nurturing emerging writers.

White Blood is Petrosino’s fourth book. She previously wrote and published Witch Wife (2017), Hymn for the Black Terrific (2013) and Fort Red Border (2009), all from Sarabande Books. She holds graduate degrees from the University of Chicago and the University of Iowa Writer’s Workshop. As a professor, Petrosino taught at the University of Louisville and Spalding University.

White Blood is a hybrid book. The poems are a look back at her ancestry, touched off by the death of her maternal grandmother in 2015. Petrosino poems are an emotional map of her personal genealogy, informed by her DNA test and subsequent genealogy through Ancestry.com. She used different poetic forms — villanelles (a French form that invokes songwriting and music), heroic crown (15 sonnets which end with a sonnet that uses the first line of the 14 sonnets before it) and erasure (a form in which a poet erases words, phrases and sentences in an existing piece of writing to create a new poem).

All of the forms channeled her ideas about living on two sides of America’s most dramatic racial divide: the chasm between White and Black people and their cultures.

But each line began with the memory and influence of her Black grandmother, who was 99 when she died.

“She was only about a month from her 100th birthday,” Petrosino said. “She was an amazing person and an amazing grandmother, but she was also the last grandparent that I had. I entered into a stage of adulthood that no one really talks about... You think about your own mortality and your parents’ mortality, but you also look back into history and wonder about your grandparents’ lives.”

With her grandmother gone, Petrosino had to research her life and stitch what she found into the stories she learned at her grandmother’s knee. And like the diaspora of Black Americans, White Blood traveled from a single woman from Louisa County in rural Virginia to a wider world. Today, Petrosino lives and teaches in neighboring Albamarle County.

“As I was opening an Ancestry.com account to make a family tree, and taking a few of DNA kits, I started discovering that my African-American family members and my African-American ancestors have a really long history here in Virginia,” she said. “And at the time, I was not even living in Virginia. I was actually teaching at University of Louisville at the time... Kentucky was once part of Virginia. and University of Louisville has the famous Grawemeyer Hall, which is inspired by the architecture of [Thomas] Jefferson’s rotunda that he put at the University of Virginia. So in many ways, it felt like where I was in Kentucky was kind of a mirror. The other side of Jefferson’s mirror, in a way.”

As she studied her connections to Virginia and Kentucky, she found genealogical and intellectual connective tissue with it. And as she plumbed personal and familial history, she rediscovered the long-running tensions of the Civil War border states, where the confederacy found an embrace even as states like Maryland and Kentucky threw their lot in with the Union and its abolitionist spirit and politics.

“As a Black American who has interracial ancestry — my mother is African-American, my father is Italian American — I feel pretty well situated on cultural and social borders all the time,” she said. “I’m always interested in places and what places have to say for themselves. Kentucky was an interesting place to live for those reasons. There is a great mixture of ideologies and backgrounds of people Louisville in particular, where I was very happy to live for almost a decade.”

Even with Kentucky’s history as a Union state, Petrosino walked under a 70-foot Confederate monument near the university every day before it was removed in 2016. That was the year Petrosino began writing the poems in earnest. Some of those poems turned into a chapbook, typically a collection of a dozen poems. In 2017, the march on Charlottesville erupted in violence and she started to think more about the unspoken history there. Petrosino and her husband often stopped in Charlottesville on road trips to visit her mother in Pennsylvania, and the poet called the city home while an undergraduate at the University of Virginia.

“Even though I didn’t encounter, as a student at UVA, any violence at all... I did have some things I wanted to work through in terms my own memories of being a student of color at this predominantly white institution that was founded by Jefferson,” she said. “That’s when I started writing some poems that had to do with my time at UVA.”

That’s when the book turned outward to reflect on contemporary issues as well.

“The struggle was to find the forms to contain the words. A a poet I’m very concerned about form,” she said. “This particular book uses what we might call fixed forms — sonnets or villanelles — but then there are found forms, like erasure... In my case I took the little piece of text they give you about your DNA markers. I took that and then erased the text to create the poems... The problem wasn’t with finding words, but rather identifying I guess a suite of forms to contain the different kinds of explorations I wanted to do. To me it felt like expanding into different strategies for generating language and then thinking about history.”

The book’s title is a nod to the way America has discussed, dissected and imposed racial identity in the country, and with it, the consequences and benefits.

“White blood is a term, in America, we use to discuss the extent to which people may have white ancestry as opposed to other ancestry,” Petrosino said. “There’s this idea of white and Black as opposing identities. You are operating externally. There’s the phenotype, your appearance and even the way you speak. I wanted to talk about race, in terms of the book, as the invisible bond that ties us together as Americans. The idea of white blood becomes an abstraction. There’s this invisible blood and invisible bond that we all share.”

Petrosino said she was in good company over the last several years. Small and independent presses are usually busy and producing poetry gems, she said, but 2020 was a year of more titles by poets. And those titles collected strong work, she said.

The year 2020, though, “seemed to have been, I don’t know, a bumper crop of really wonderful projects by established poets,” Petrosino said. “Jorie Graham had a book out (Runaway: New Poems). Carolyn Forché had a new book out (In the Lateness of the World: Poems). And then there are all the books out by the mid-career and emerging poets. It was an amazing year for all kinds of voices.”

Corey Marks, the director of the Creative Writing program in the UNT English Department and a founding faculty member of the Rilke Prize, said Petrosino’s book is an example of maturing artistry and vision.

“In terms of vision, it’s a book-length investigation of the question of identity and inheritance for a Black American who has this complicated, fraught history. Those DNA tests are crucial for the individual, and also as a record of the longer historical progression,” Marks said.

The selection committee found the artistic techniques, the forms Petrosino used, as coherent and clever ways to communicate her grandmother’s history and her own present.

Marks said UNT will host Petrosino and the 2020 Rilke Prize winner Kathleen Graber at a later date. Both have had their book signing and reading events in Denton delayed by the pandemic.