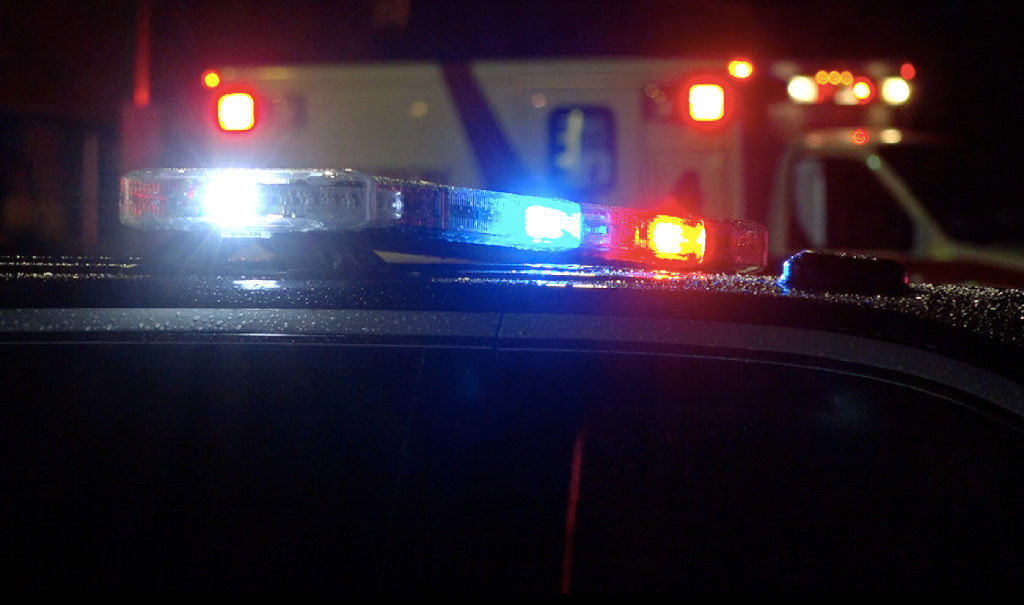 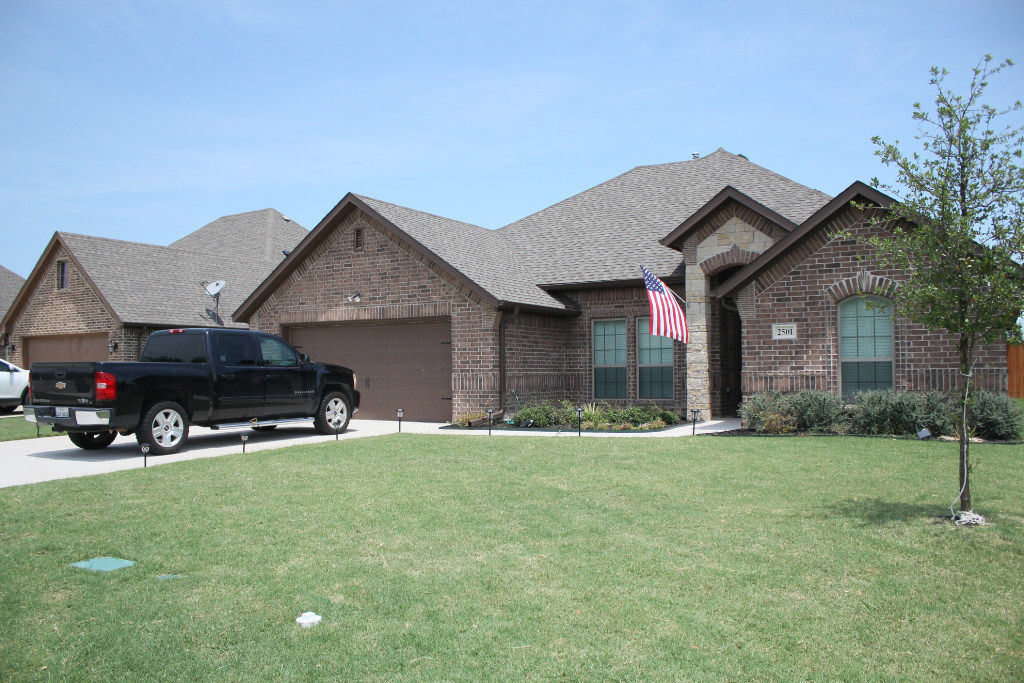 Neighbors of the elderly couple who died Saturday in an apparent homicide-suicide in Sanger said they had just moved into the neighborhood in this house about eight months ago. They said their home, located in the 2500 block of Wichita Trail, was part of a quiet neighborhood known as Heritage West. 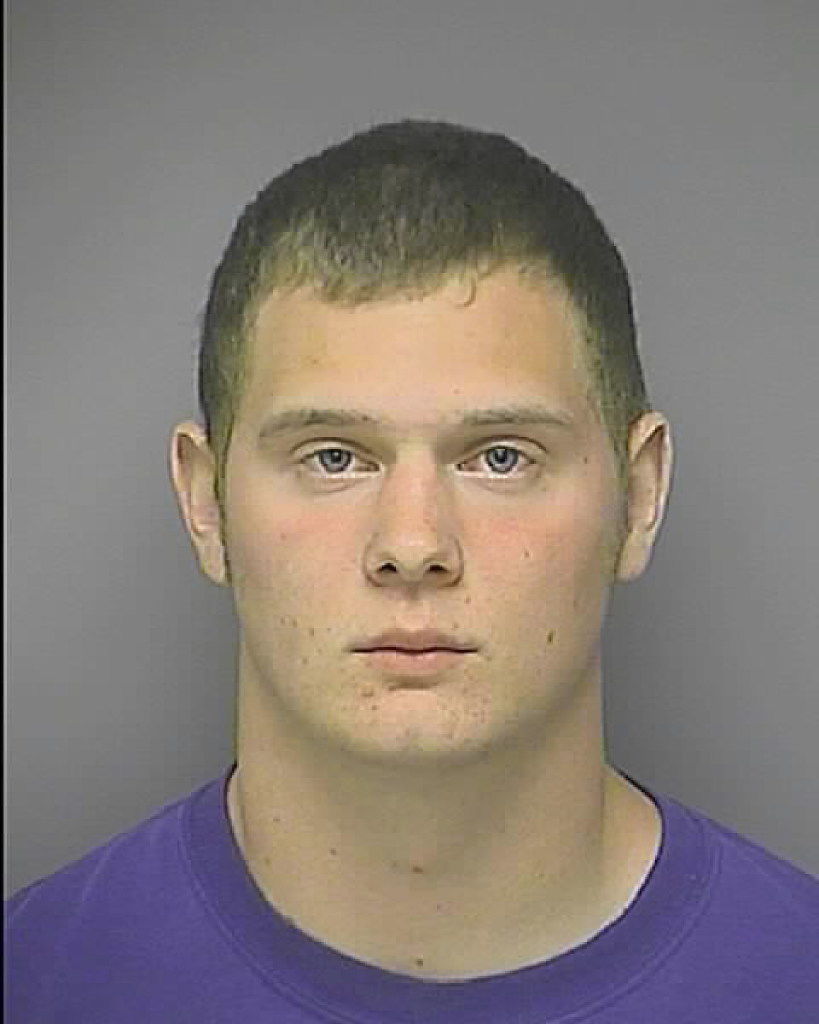 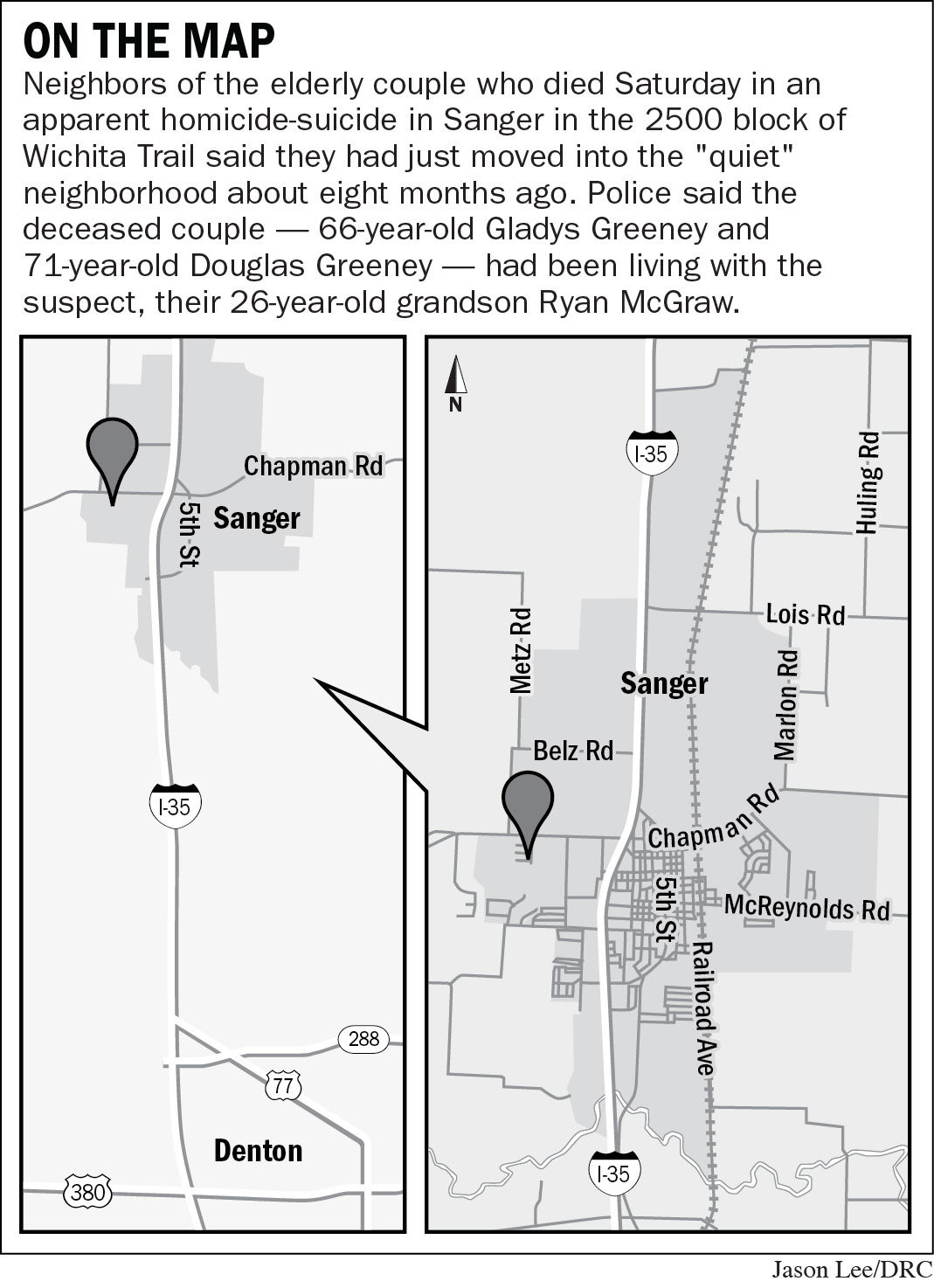 Neighbors of the elderly couple who died Saturday in an apparent homicide-suicide in Sanger said they had just moved into the neighborhood in this house about eight months ago. They said their home, located in the 2500 block of Wichita Trail, was part of a quiet neighborhood known as Heritage West.

SANGER — Ryan McGraw didn't have an extensive criminal history in Denton County before police said he stabbed his grandparents and himself to death Saturday in their Sanger home.

He had been living in the elderly couple's two-year-old house in the 2500 block of Wichita Trail, located in the Heritage West subdivision in west Sanger.

Records show Denton County Sheriff's Office deputies arrested the 26-year-old once in 2011 on a misdemeanor charge of possession of marijuana. But Lt. Orlando Hinojosa, a spokesman for the sheriff's office who was speaking on behalf of the Sanger Police Department on Monday, said local police had never responded to a call at the home on Wichita Trail until Saturday.

Shortly before 10 p.m., Hinojosa said a family member called police after she walked into the home to find McGraw and his grandparents dead with multiple stab wounds.

Neighbors said the couple moved into the home about eight months ago. Becky Swigart, who lives down the street from the Greeneys' residence, described them as quiet. But Swigart added that the man who lived with them was "odd."

"I always told the kids and my husband to lock the doors all the time ... because he was always trying to hide his face," Swigart said of who she now believes was McGraw. "He always had a hoodie on; he had the big headphones, and he would just pace up and down [the street]."

Most neighbors weren't personally familiar with the family, and some didn't know Sanger police were investigating a double homicide-suicide on their street.

Bob and Carol Coleman had lived in a home down the street for 10 years. They know the area, and they said they never expected something like this to happen.

"I've lived all over the world — London, Greece, Hawaii. I was in the [U.S.] Navy for 30 years, you know," Bob Coleman said. "This is a quiet, quiet, little town. And most people here, believe it or not, are related in one way or another."

Carol Coleman said the couple kept to themselves whenever she saw them. She said she initially thought McGraw was their son.

"When I saw him a couple times I thought [the couple] was on their own and now they got someone to come and live with them," she said. "I thought, maybe it'll just be a short time."

An official at Sanger High School said archives showed a Ryan McGraw graduated from the school in 2009. But the official could not confirm if it was the same man who was the suspect in the killings.