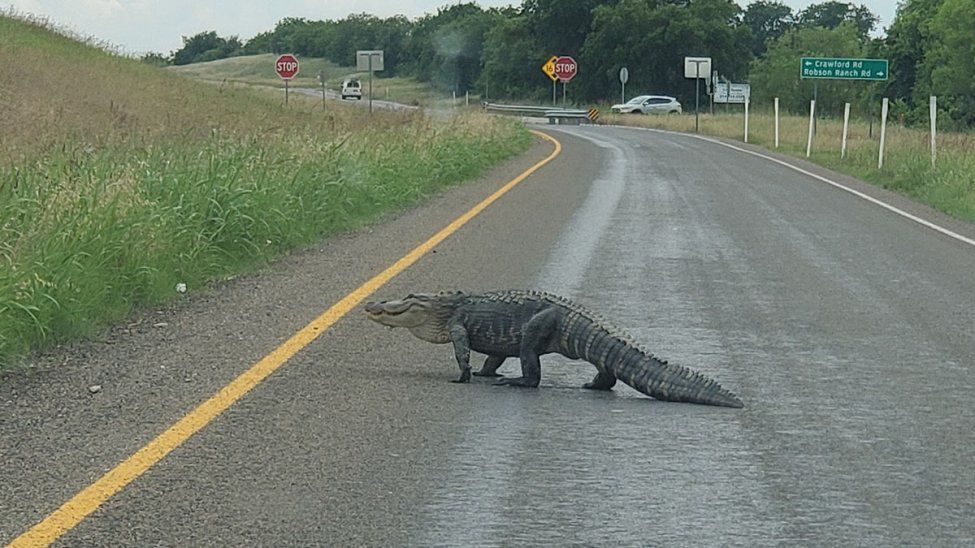 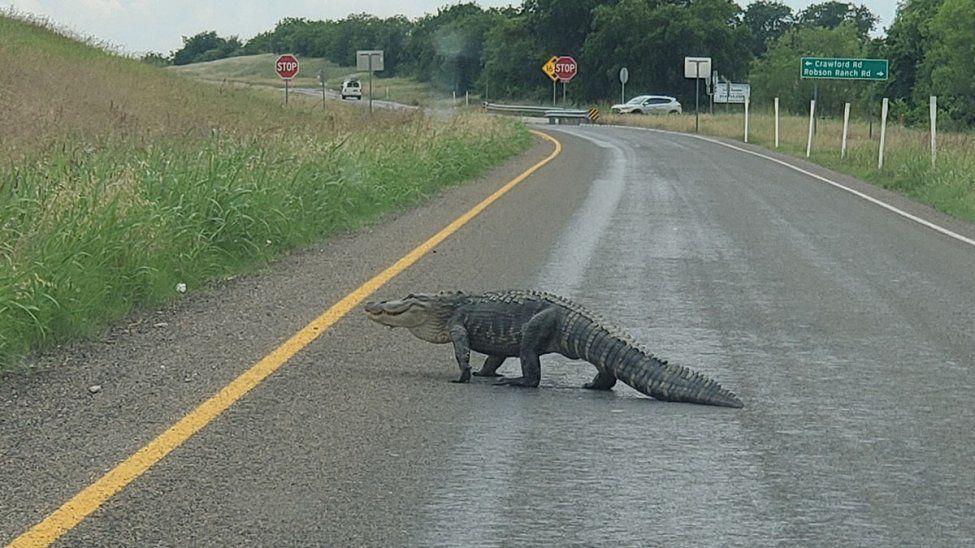 After an alligator was spotted last week near Interstate 35W in Denton County, wildlife officials are reminding residents that alligators are native to Texas — and that they should keep their distance.

The alligator was spotted by Amanda Maestas just after 5 p.m. on June 4. She took a photo of the alligator as it was crossing the southbound Robson Ranch off-ramp, according to KXAS-TV (NBC5).

While Delgado didn’t specify how many alligator reports are called in for Denton County, he said every once in a while, a report is called in. Alligators’ common habitat is in marsh and swamp areas such as Lake Lewisville.

“We do expect alligators to be there,” Delgado said.

Delgado gave some tips on how to handle a spotted alligator. Don’t attempt to move it, keep your distance and notify local authorities.

Delgado said alligators have a common fear of humans, and it’s rare for them to chase or attack people.

The Denton County Emergency Services District No. 1 also gave out a list of tips after the alligator was spotted. Texas Parks and Wildlife is the only authority that can remove an alligator from its natural habitat because of their protected status.

According to Texas Parks and Wildlife, you shouldn’t feed them, swim in areas with large alligators and back away slowly if you see one a few yards away. People also should keep their pets away from bodies of water where alligators may be in and not attempt to move alligators they see in the roadway.

Alligators hiss when people are too close, so people should move away at this warning sound, game wardens said. Although it’s rare for them to chase people, they can run up to 35 mph for short distances on land.

“Just like every other wildlife, keep your distance,” Delgado said.