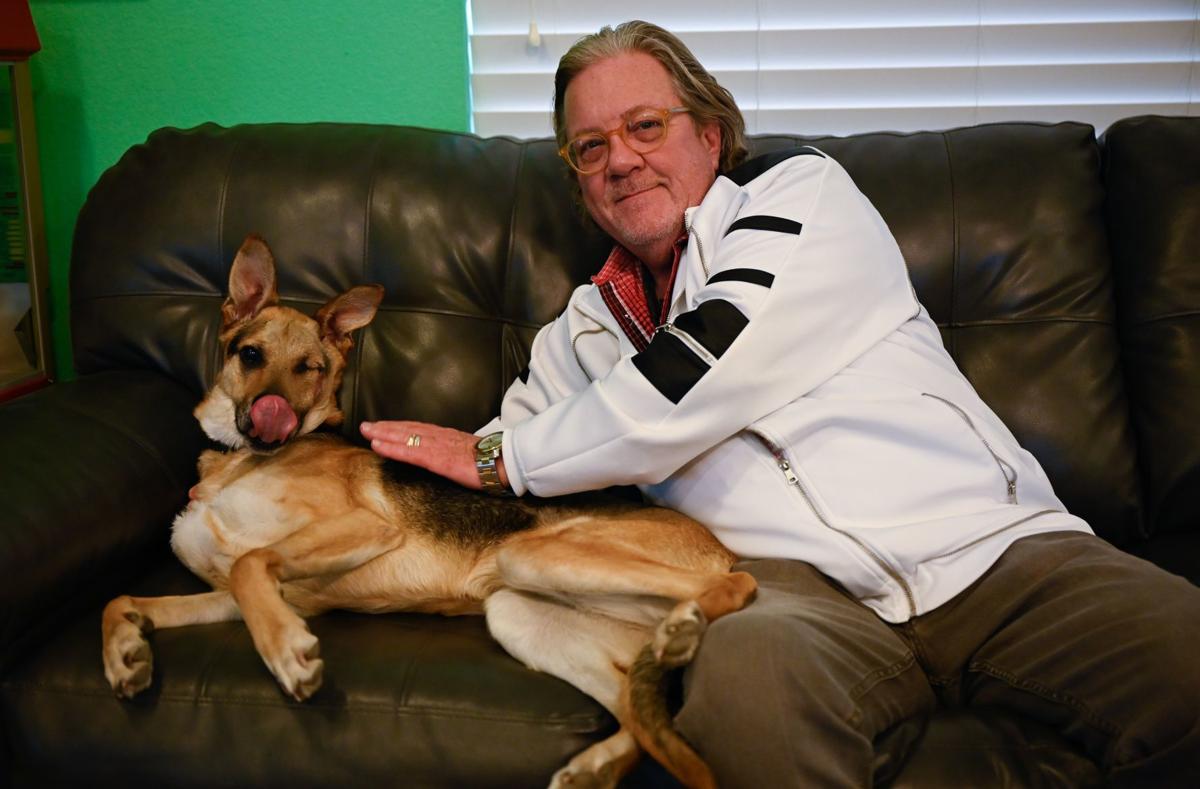 Bob Williams, CEO of Ranch Hands Rescue, sits with rescue dog Sweetie on Wednesday in Argyle. The nonprofit rehabilitates animals that have suffered from abuse or gross neglect, while also offering counseling to people who suffer from PTSD. Rescue Hands Rescue is planning to build a complex to help young, male victims of human trafficking. 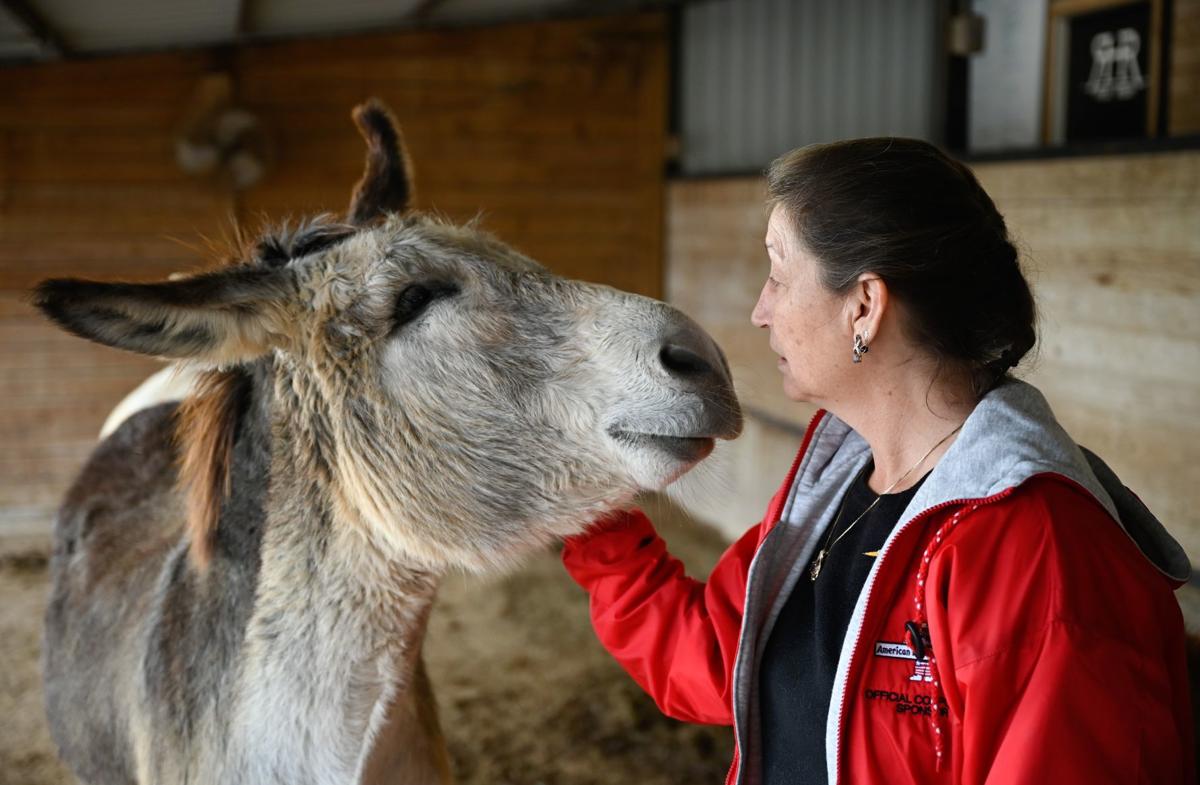 Bob Williams, CEO of Ranch Hands Rescue, sits with rescue dog Sweetie on Wednesday in Argyle. The nonprofit rehabilitates animals that have suffered from abuse or gross neglect, while also offering counseling to people who suffer from PTSD. Rescue Hands Rescue is planning to build a complex to help young, male victims of human trafficking.

Bob Williams, CEO of Ranch Hands Rescue in Argyle, plans this year to open one of the first safe houses in the country catering to male victims of sex trafficking between 17 and 24 years old. He hopes to open the safe house by June and is attempting to purchase property in the upcoming month. It will be located in Denton County, but Williams did not want to disclose the location for safety reasons.

“There’s not one place in the country for young men between 17 and 24 to go to and that’s unbelievable to me,” said Williams. “The myth is that boys can get away because they’re strong. I kept thinking, ‘Why are we in a society today where people don’t want to address this and how are we going to change it?’ So I wanted to create awareness and educate the public, saying, ‘Look, we have a problem here and it’s happening right in front of us.”

Recent data has found that there are more than 300,000 victims of human trafficking in Texas, including about 79,000 youth. Williams explains that while there are a small number of people in the community working to help victims of sex trafficking, there’s even a smaller number for those helping male victims.

“I did not understand what a horrible problem sex trafficking is,” said Julie Stephens, part-time administrator at Ranch Hands Rescue. “I didn’t understand it was a huge issue in the United States or the huge issue it is in Texas and I was horrified. People are gearing all of their resources towards women and girls who are being sex trafficked but there’s absolutely no place for boys.”

The U.S. Department of State stated that, “Authorities often do not recognize male victims due to biases or the tendency to perceive males as less vulnerable to human trafficking or erroneously view human trafficking as exclusively the sex trafficking of girls and women.”

They plan to start housing 10 boys and young men, eventually hoping to house about 30, giving them a safe, controlled and protected environment, said Williams.

The Ranch Hands Rescue center offers help and counseling towards victims of trafficking and abuse and serves as an animal sanctuary towards animals who’ve also survived abuse. By joining the two, Williams believes that they can find a comfort in one another and form a mutually beneficial companionship. He plans on connecting residents of the safe house with these animals as well.

“Once we paired traumatized animals with traumatized people, it was just a magical connection,” said Stephens. “Counseling goes a lot faster, a lot deeper, and a lot quicker. It’s proven that animals can make such a difference in someone’s life.”

The human-animal bond has proven to be very helpful to victims of trafficking at Ranch Hands Rescue and is very personal to Williams. In his childhood, Williams was a victim of rape and felt unable to process what had happened to him for years. He developed an addiction, was diagnosed with PTSD and lost hope for a period of his life. After seeking help and rehabilitation, he began to rescue animals and noticed that they were having an impact on his mental and emotional state.

“It’s fascinating how it works,” said Williams. “The animals, they’ve been so severely beaten or abused that they can sense that there’s something really bad that happened to this child or this individual. People think that it’s the client that picks the animal but it’s the opposite, the animal picks the client. A lot of this has to do with relationships, the start of healing and how to trust again.”

As a part of healing, Williams would also like to bring members of the community together to spread awareness that human trafficking is happening, that it’s happening to girls and boys, and how to help or prevent children such as their own from falling victim to predators.

“You’re starting to see it across the country,” said Williams. “You’re now hearing organizations talking about boys and that they are being human trafficked and this network of people who want to address this issue, bring it out into the forefront and dispel the myths. It’s an exciting time to be a part of that change and to provide hope. A victim is a victim and my job is to help as many innocent victims as I can. So I hope that people can come together and discuss the problems that we have today.”