A California man who allegedly entered the U.S. Capitol during the Jan. 6 riot and called a Capitol Police officer an “oath-breaker” was arrested in Denton County on Friday, the FBI confirmed.

Daniel Goodwyn, 32, of San Francisco was arrested in Corinth by the Dallas division of the FBI on Friday. An FBI spokesperson said Goodwyn was in Corinth with family when they located him.

He is charged with knowingly and unlawfully entering or remaining in a restricted building or grounds and disorderly conduct on Capitol grounds. The Jan. 6 riot led to the deaths of five people, including a Capitol officer.

The criminal complaint says Goodwyn is a self-proclaimed member of the Proud Boys, “a group known to the FBI as being present and disrupting the functions of the U.S. Congress” on Jan. 6. The far-right group describes themselves as “Western chauvinists.”

According to a criminal complaint and arrest warrant filed Jan. 15, one of Goodwyn’s associates identified him to the FBI from a livestream recording broadcasted by Anthime “Tim” Gionet, a conservative social media personality known as “Baked Alaska.” The person who reported Goodwyn provided agents with screenshots of messages with Goodwyn and identified him in the livestream as the man wearing a MAGA hat and sunglasses. 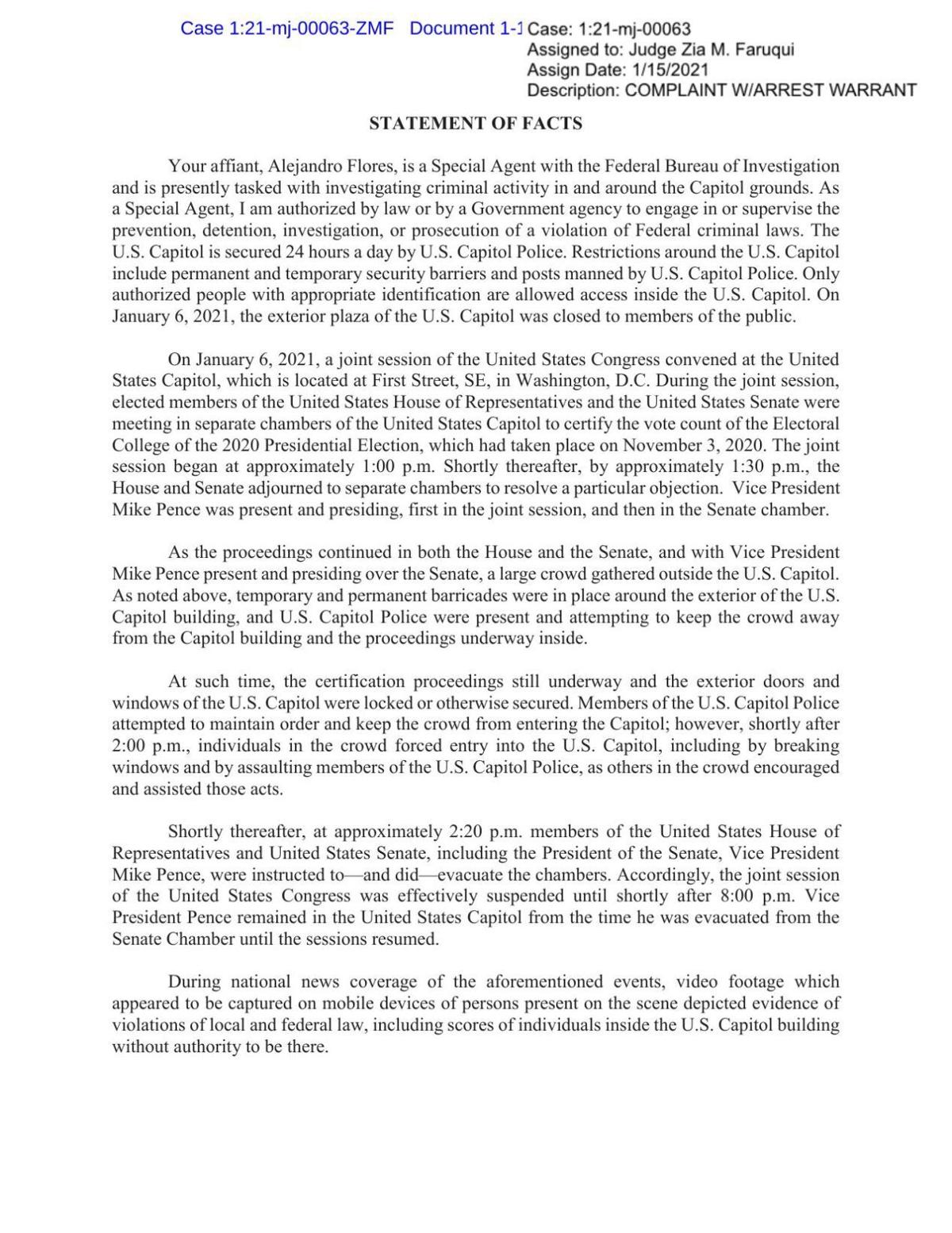 In its statement of facts, the FBI showed a screenshot of an Instagram post made by Goodwyn stating, “I didn’t break or take anything but I went inside for a couple minutes.” He was allegedly directed out of the building by a Capitol Police officer, whom he called an “oath-breaker,” and yelled for others to get the officer’s badge number.

Goodwyn is at least the eighth North Texan to be arrested in connection to the Capitol riot. Jenna Ryan, a real estate broker, was arrested at her home in Carrollton on Jan. 15 on the same charges as Goodwyn. Ryan flew from Denton to Washington, D.C., to attend a rally for then-President Donald Trump.

Federal charges have been filed against 174 people.

Several people with connections to North Texas and Denton County have been arrested in connection to the riot at the U.S. Capitol on Jan. 6, 2…