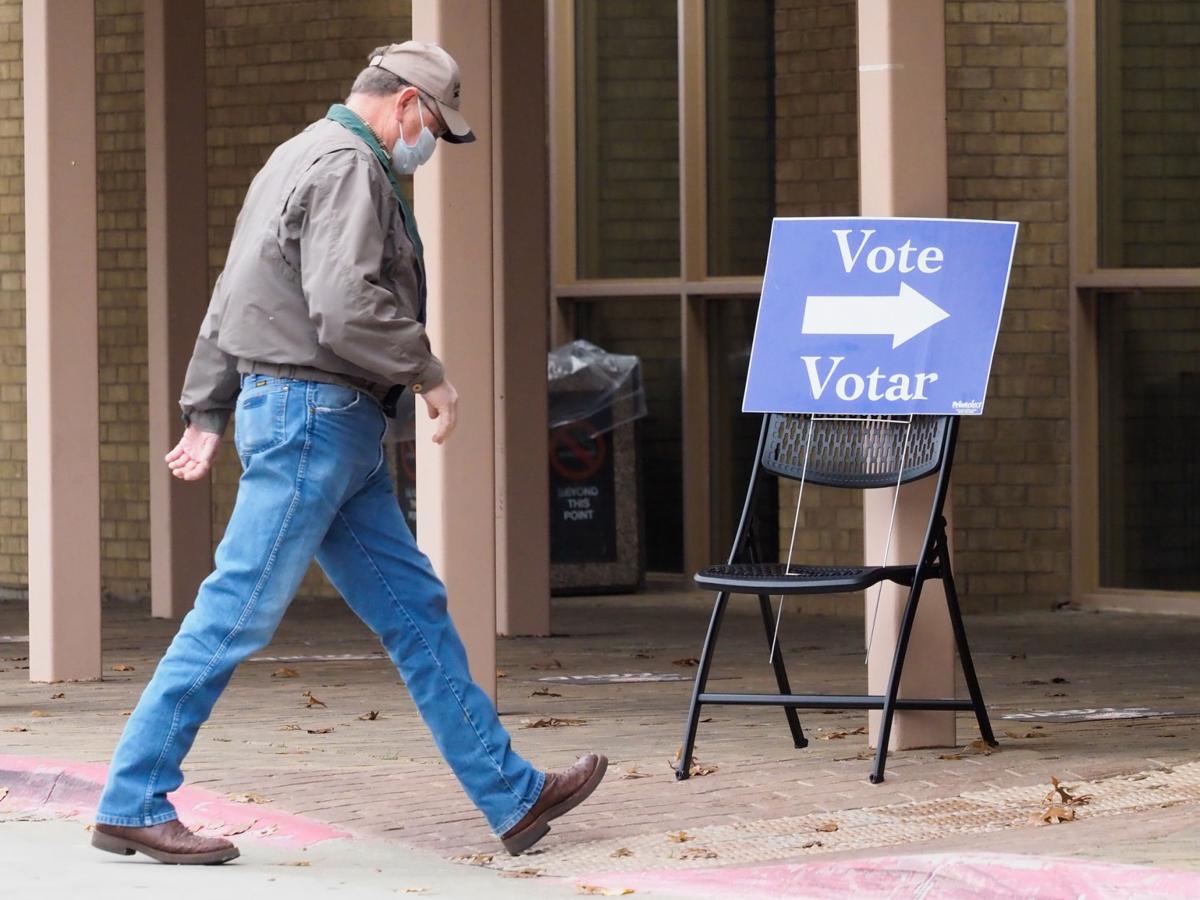 Voters cast their ballots at the Civic Center on Dec. 19.

Over nine days of early voting for four Denton City Council seats, 4,383 ballots were cast — fewer than in 2017, when the same positions were up for election.

Seven polling places were available in Denton for early voting during April 19-27, although voters could cast ballots at any early voting site in the county. In Denton, South Branch Library was the busiest, according to Denton County Elections Administration data, with 1,192 people casting ballots. Overall, the highest number of votes cast during early voting was on the final day — 1,129.

Denton County elections officials could not be reached for comment Wednesday.

On Saturday, voters in District 1, District 2 and District 4 will decide who will represent them for the next two years.

In District 1, Birdia Johnson, a retiree who is filling the unexpired term left by now-Mayor Gerard Hudspeth, is running against Matthew Irvine, a configuration control analyst, and Vicki Byrd, a retiree.

In District 2, retiree Connie Baker, who filled the unexpired term of Keely Briggs after Hudspeth defeated her in the mayoral runoff in December, is running against two challengers — computational biologist Brian Beck and Daniel Clanton, an information technology professional.

And Alison Maguire, a stay-at-home mother and a former Denton ISD educator, faces incumbent John Ryan. Ryan, who is self-employed, is seeking his third term.

For Baker and Johnson, they’ve been campaigning essentially since February 2020, before Denton City Council members postponed that year’s elections for District 1, District 2, mayor, Place 5 and Place 6 until November — in a presidential election year, historically when a higher number of voters turn out.

About 88,000 residents are registered to vote in the city of Denton. With 4,383 ballots cast during early voting this year, that is less than a 5% turnout.

Polls are open from 7 a.m. to 7 p.m. on election day Saturday. To find your polling place, visit votedenton.com.