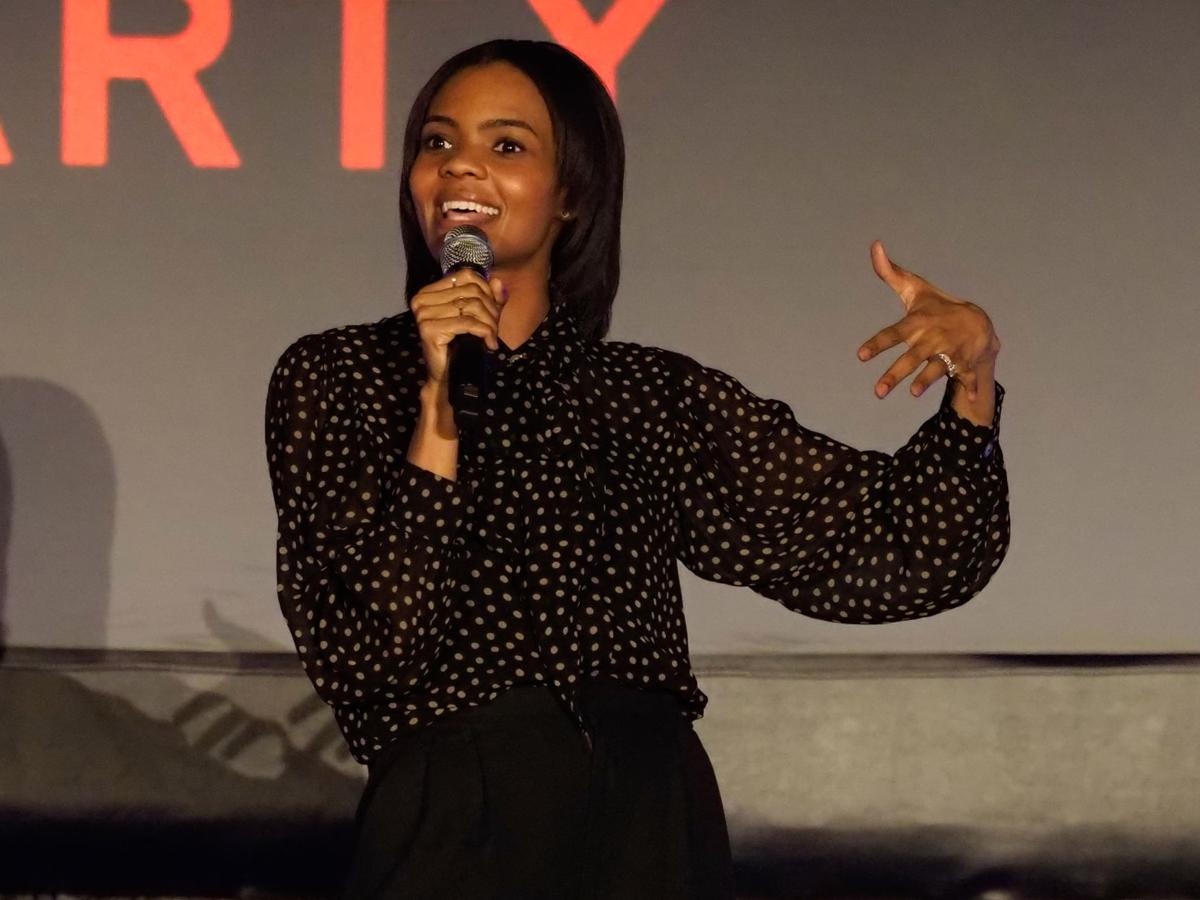 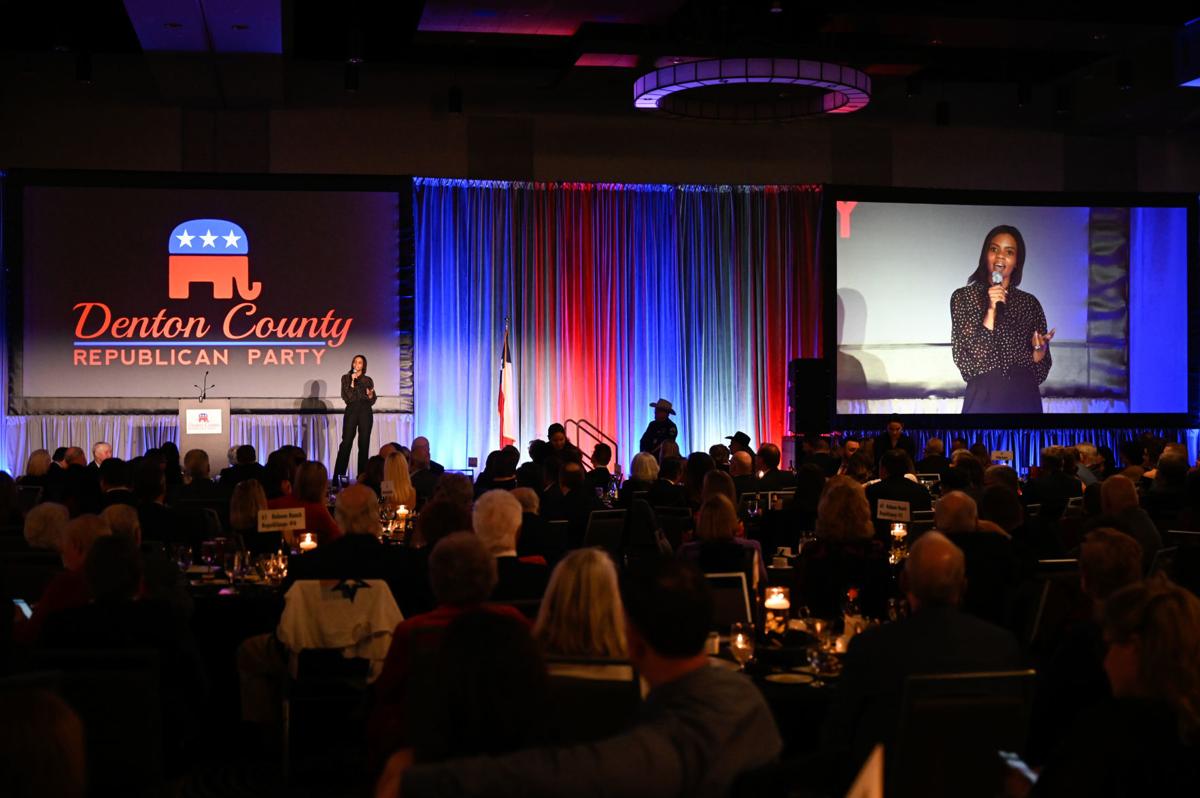 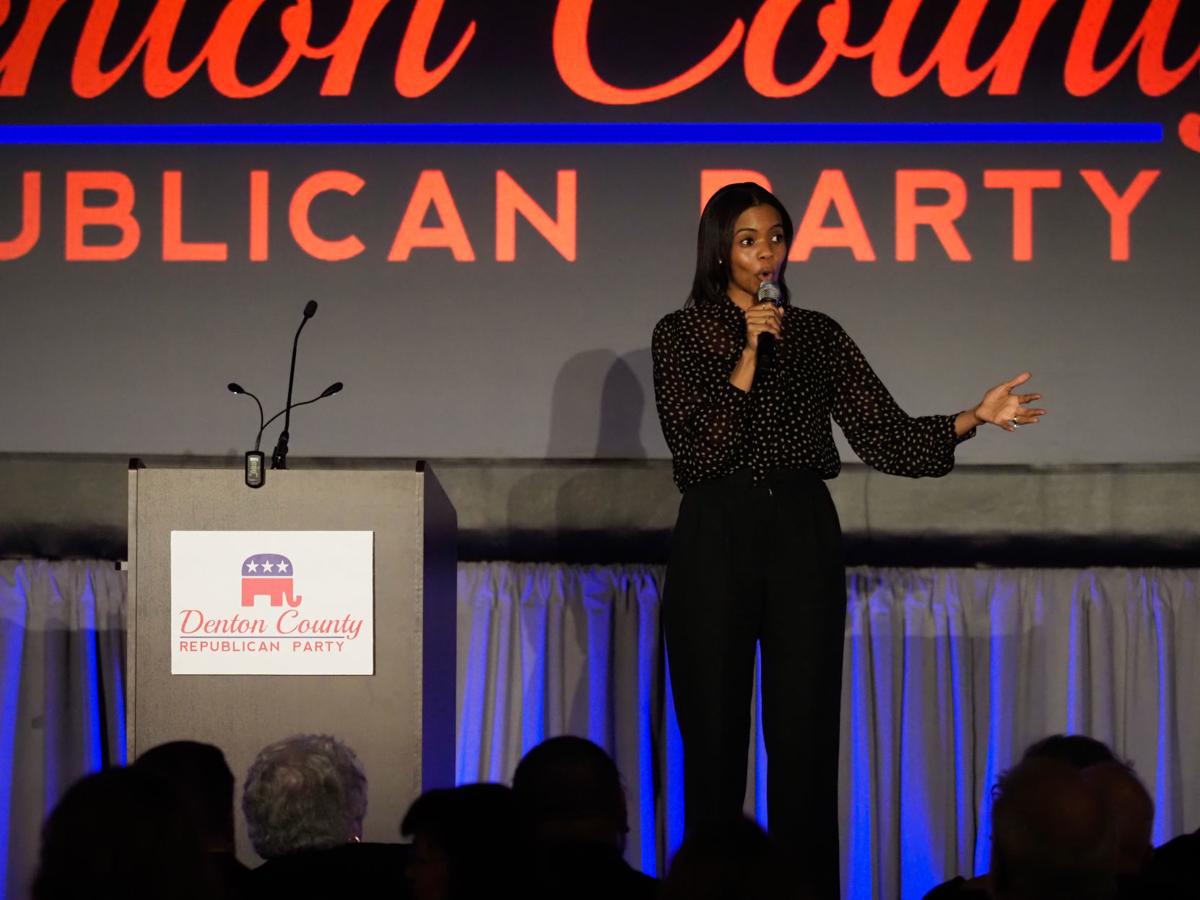 Candace Owens says her mission is to wake up black America. “If you’re a minority in this country, you are poisoned to believe that the odds are stacked against you before you even try,” Owens said during Saturday’s Lincoln Reagan Dinner.

Candace Owens says her mission is to wake up black America. “If you’re a minority in this country, you are poisoned to believe that the odds are stacked against you before you even try,” Owens said during Saturday’s Lincoln Reagan Dinner.

Denton County Republicans stressed the importance of voting conservative up and down the ballot and preventing a Democratic majority this election year at the local GOP’s annual dinner and fundraiser Saturday.

Lt. Gov. Dan Patrick said in a video message that the 2020 election will be the most important election in their lifetime. Nelson said Republicans began winning offices in Texas because they were the hungriest, most passionate party. Much of the conversation revolved around “what ifs” and playing to Republicans worries about a Democratic majority.

“We made Texas great a long time ago and we need to keep it that way,” Nelson said. “If we don’t [win], we could have a socialist for president. That can’t happen.”

While speakers urged guests to get involved in their local Republican Party to vote, keynote speaker Candace Owens didn’t add onto it, noting she’s not worried about the 2020 elections. She said she’s excited.

“I don’t have to preach to you guys what’s on the line,” Owens said.

Owens is a political commentator and the founder of Blexit, an organization with a mission to turn African American voters away from the Democratic Party. She said it took humility to admit what she learned growing up, following a more liberal political view point, was wrong. She said her heart now lies in “waking up black America.”

“I was indoctrinated to believe that the circumstance that I was living in [as a poor child] was due to the color of my skin, due to slavery ... all of these injustices,” Owens said. “If you’re a minority in this country, you are poisoned to believe that the odds are stacked against you before you even try.”

The No. 1 thing black children tell her when they meet her is that they’re glad she gave them their lives back, Owens said.

Younger generations vote Republican at low rates in the United States, and Nelson asked Owens for advice on how to reach those generations.

“Support [young conservatives] in any way you can,” Owens said. “Get involved. It’s an ideological war.”

While speaking against Democratic viewpoints, Owens said she believes liberals are intentionally breaking down “the family,” specifically addressing transgender issues and receiving applause when she said there are only two genders.

“[They’re saying] women can be men and men can be women, and children can pick their own gender,” Owens said. “It’s a really evil thing encouraging children to mutilate their bodies ... and not telling their parents they’re changing their gender [pronouns] at school. What is that if not the breakdown of family?”

In her speech, Owens also called Democrats insane for their policies and the people they push to the forefront of the party, including calling Beto O’Rourke a “fake Hispanic” because he spoke Spanish during his senatorial and presidential campaign runs, and for championing Greta Thunberg, a young climate change activist who’s been nominated for the Nobel Peace Prize twice.

Along with the dinner, guests participated in a live auction and a silent auction. While sipping wine from Trump Winery, guests also bid on a bottle of the beverage signed by the president himself.