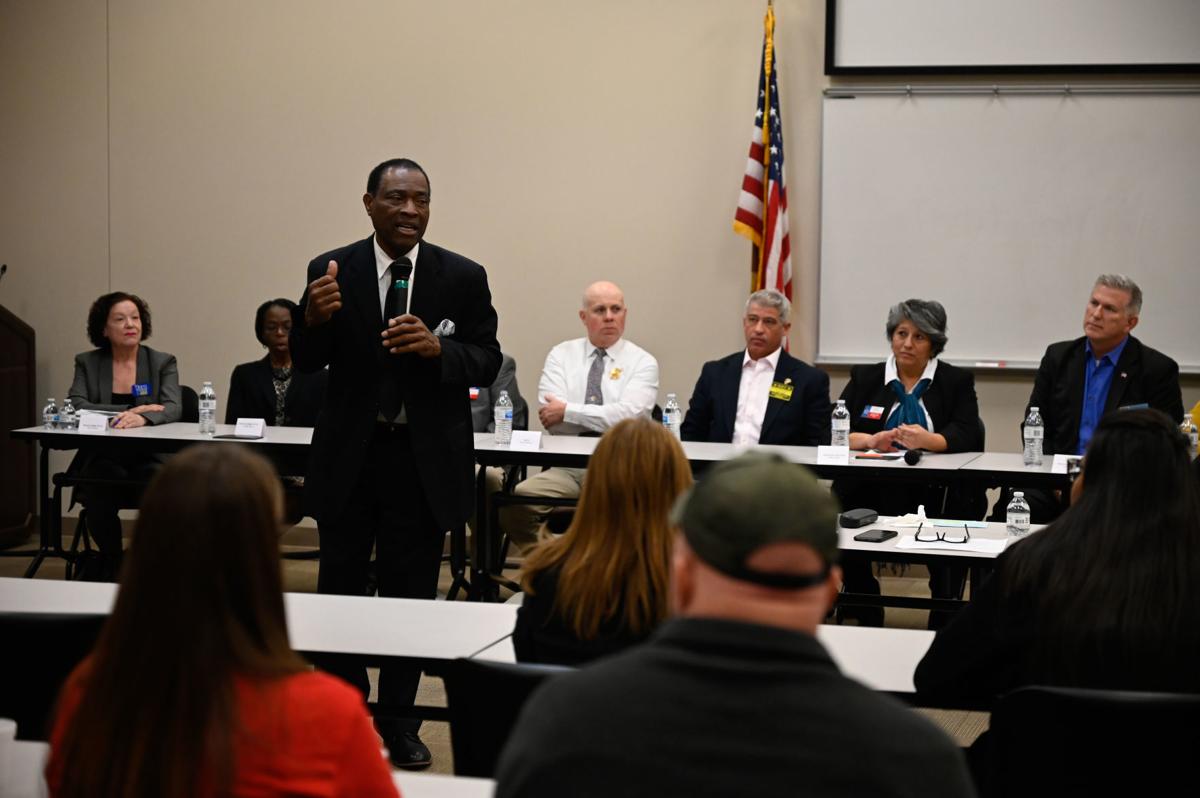 Host Willie Hudspeth welcomes guests during a candidate forum presented by the local NAACP on Saturday at the Denton Public Safety Training Center. 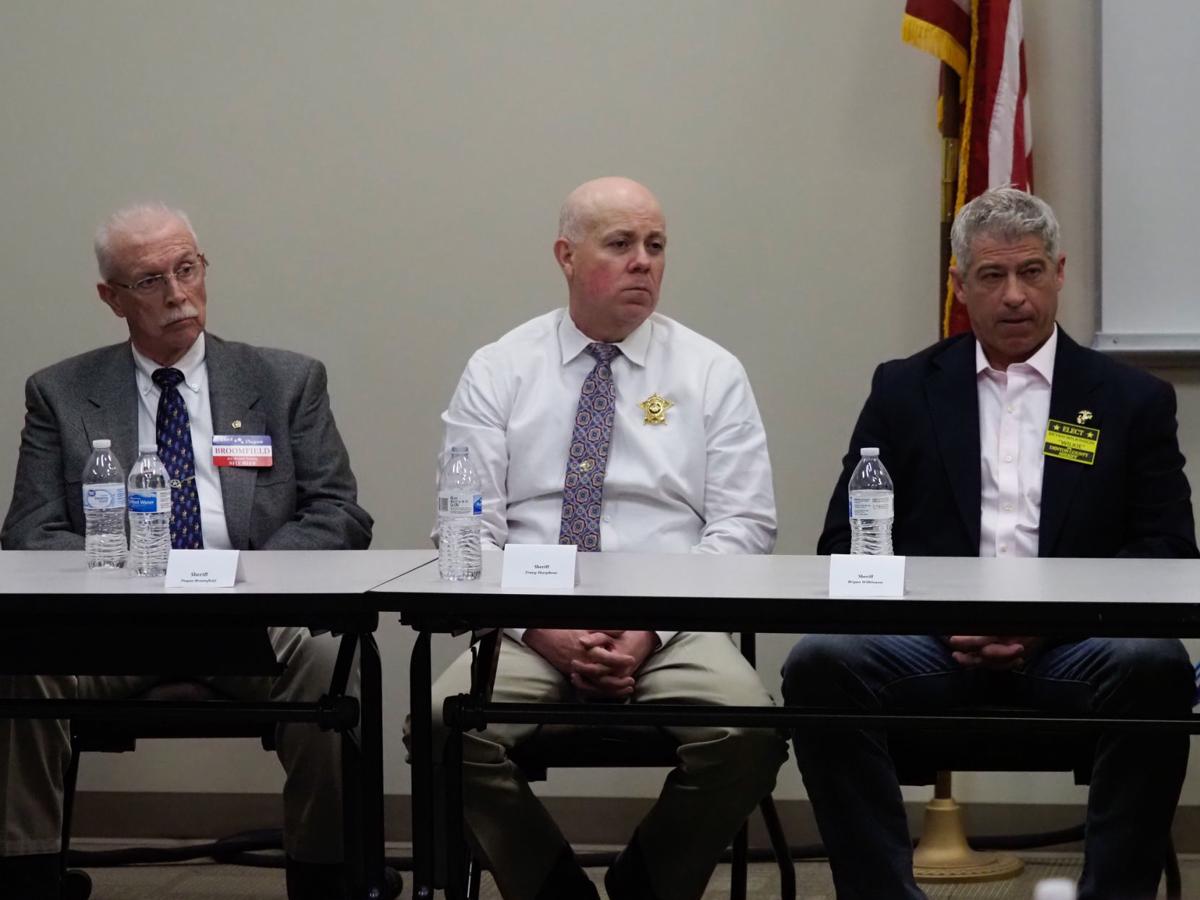 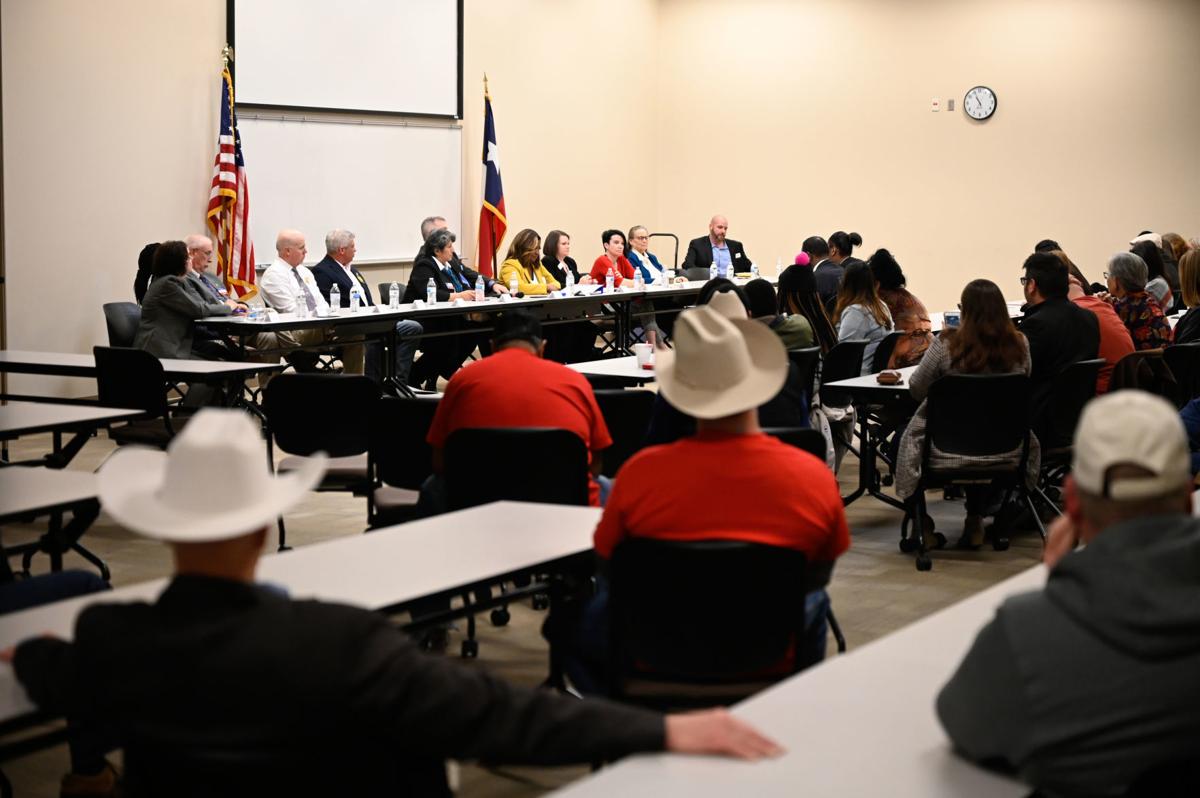 Host Willie Hudspeth welcomes guests during a candidate forum presented by the local NAACP on Saturday at the Denton Public Safety Training Center.

This story has been updated to reflect that Delia Parker-Mims is running for Denton County Commissioner Precinct 3.

Candidates echoed similar sentiments on why running is important to them but were split along party lines with a question about the downtown Confederate monument during a candidate forum Saturday in Denton. Willie Hudpseth, Denton County NAACP president, said it’s important to hear from candidates despite these ideological differences.

About 50 people attended the candidate forum hosted by the Denton NAACP, where candidates expressed what led them to pursue public service and what their goals are ahead of the March 3 primary election. Winners of the primaries will go on to the general election in November.

“[You should] be informed as much as possible about candidates, and then get up off of your couch and vote,” Hudpseth said regarding why the NAACP hosted a candidate forum.

Among the candidates invited, Hudspeth said 15 accepted invitations and were set to be at the forum Saturday, but only 12 attended. The three who weren’t present were state Sen. Jane Nelson, R-Flower Mound, state Rep. Jared Patterson, R-Frisco, and Randy Daniels, who was running for Texas Senate District 12 before state Democratic Party officials declared Daniels ineligible to run in early February.

Hudspeth and a few candidates noted to potential voters that they should be aware of who was and wasn’t present. Most of the candidates responded to invites, even if it was to decline due to scheduling conflicts, he said.

Although many questions brought forth the same types of sentiments from candidates — running because family values are important to them, wanting to serve, wanting to improve on systems in place — the question about the Confederate monument at the downtown Square changed that flow and drew interested murmurs from voters in the audience.

All candidates except Weitzel, who said she had no opinion, answered along party lines.

“[The statue] should be used as an educational tool to educate our kids on the Civil War, and also on the time that statue was erected,” said Murphree, who is running for reelection as sheriff.

Both Broomfield and Wilkinson also said it’s important to keep the statue standing for historical purposes.

Murphree also posed the question: Where do we stop in taking down memorials? He later said to the sound of applause that while he may not agree with a person’s views, he would fight for Denton residents’ free speech rights.

Jones said the monument should remain standing and that parents should introduce to their children the history behind the statue and explain it from their own position and their beliefs.

“That’s not who we are as a country, and we’re not going to erase the history,” Zitoon said. “This talking about slippery slopes is a way to prevent progress. We are going to hold the right people in history accountable and we need to show that by not having them in a celebrated position.”

Skidonenko said it should be removed and that people who love the Confederacy will continue to teach their kids the history of the Civil War, just as African Americans will.

“When I went to my grandmother’s house, she had a picture of Jesus and she had a picture of Martin Luther King Jr. on the wall because you knew that’s what her values were,” Parker-Mims said. “Our value should not be that seditious monument in front of our government institution.”

The candidates highlighted their love for their families, activism and Denton County when asked why they wanted to run for office.

Brewer, a professor at the University of North Texas, said being a mother has helped her shape how she would govern.

“In my role in my community, being a mom lets me know that I have to be concerned not only about my child, but about all of the children and the work that has to be done in order to make sure we are allowing every kid to flourish, and every kid to have equal opportunity and every child to grow up in a healthy environment and with access to health care,” Brewer said.

Weitzel said witnessing the challenges her parents, one a disabled veteran, went through to raise her and her sister makes her want to bring equality to the courtroom.

With Denton’s growth and diversity, Swan said she wants to bring a wider perspective to the Commissioners Court by reaching out to the public and listening to them. She said the current commissioners are disrespectful to the public.

Early voting for the primary elections begins Feb. 18 and ends Feb. 28. For profiles on Denton County candidates over the next few weeks, visit DentonRC.com.

An earlier version of this story gave an incorrect first name for the Denton County Democratic Party's chairwoman. Her name is Angie Cadena.