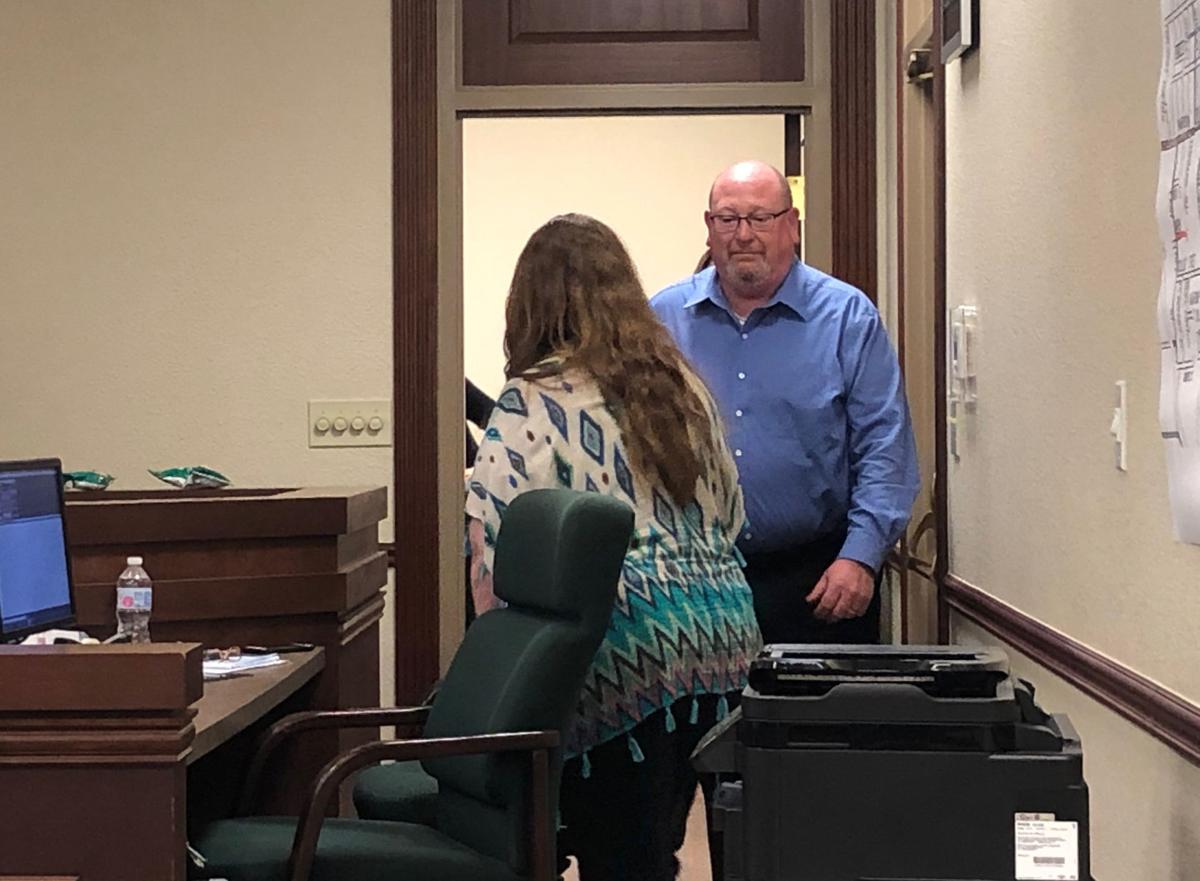 Pilot Point City Manager Alan Guard comes out of an executive session Monday on whether the City Council would start the process of recalling the mayor. 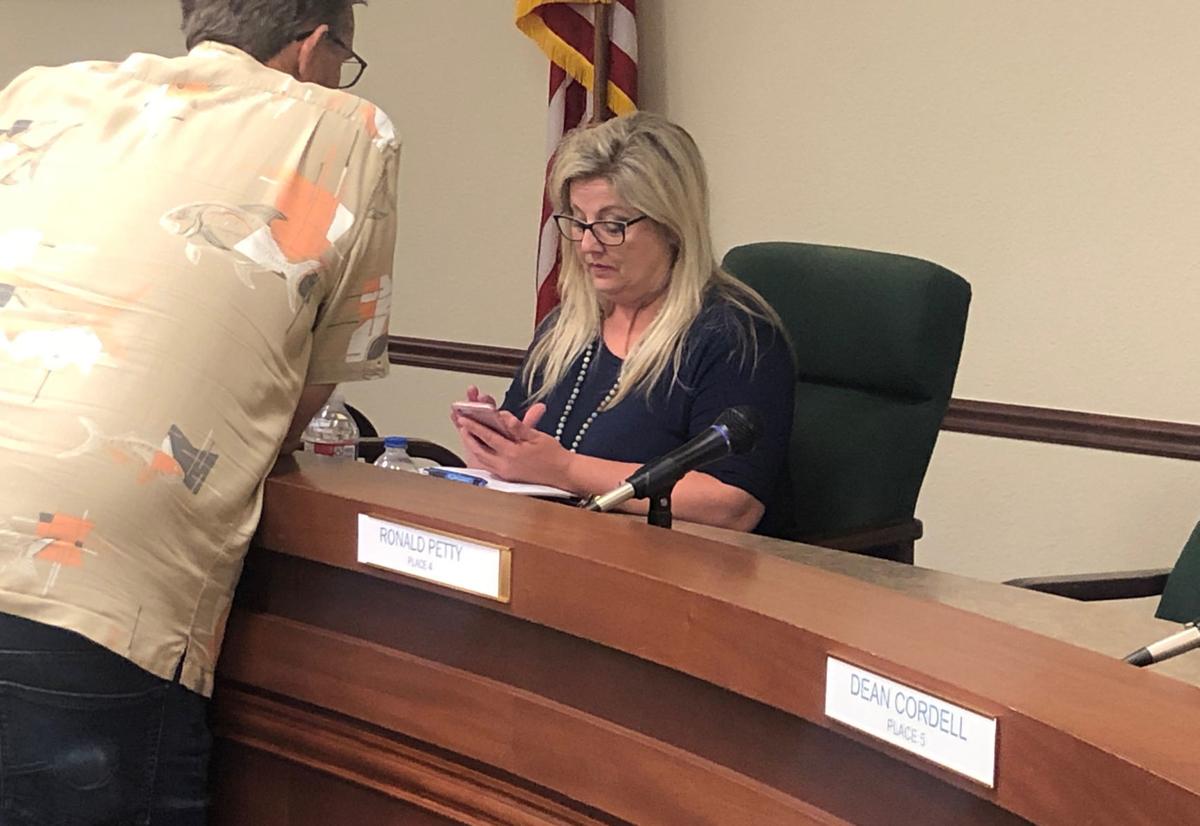 Pilot Point Mayor Shea Dane-Patterson checks her phone after a lengthy council meeting Monday night. The City Council voted not to start recall proceedings after a petition signed by residents asked for her to step down.

Pilot Point City Manager Alan Guard comes out of an executive session Monday on whether the City Council would start the process of recalling the mayor.

Pilot Point Mayor Shea Dane-Patterson checks her phone after a lengthy council meeting Monday night. The City Council voted not to start recall proceedings after a petition signed by residents asked for her to step down.

PILOT POINT — Infighting between elected officials brought this city to the edge. But people who’ve lived here for a couple years and some for decades showed up to a City Council meeting Monday evening to bring it back.

Dozens of Pilot Point residents have signed a petition that seeks to recall Mayor Shea Dane-Patterson. Without much evidence, the petition accuses Dane-Patterson of abusing her power as she worked to oversee the city manager’s work in some areas. Relatives of some city officials included their names on the petition, signaling the deeper divisions the city government will have to overcome.

During the meeting, which at times seemed more argumentative than anything resembling debate about key issues, the council unanimously decided to toss out the petition and move forward.

“Our council used to be a very respectful council, and appreciated each person’s view,” Dane-Patterson said. “Though we may not [have] always agreed, we were respectful of that. And something’s changed.”

The official reason the city tossed the petition was that the town’s charter says an official cannot be recalled within 90 days of their election. Dane-Patterson was reelected in the May election.

The truest champions of the evening were Pilot Point’s citizens. Several showed up, including Dane-Patterson’s own mother, to support the mayor and ask for their city officials to unify and work together.

“I’ve learned more about our city this week than I’ve known ever since I’ve been here,” resident Mary Jackson said. “This is what we want here in Pilot Point, is for y’all to work for the citizens.”

The town’s newspaper, the Pilot Point Post-Signal, reported that two former city employees, Finance Director Jan Messman and Court Clerk Kathy Charles, started the petition, but people familiar with the city’s politics say it wouldn’t be surprising to know it was the bidding of the current city manager, Alan Guard.

“I think it’s personalities clashing along with him not having the city’s best interests in mind,” said Amy Wright, whose mother is the assistant city secretary.

Guard denied having anything to do with the petition. But his wife, Molly Guard, is among the dozens who have signed it.

“She’s a citizen, she votes, she lives here and pays taxes,” Alan Guard said. “She’s allowed to have her opinion. Believe me, I’m not going to tell my wife what to do.”

Some residents said they see Guard as a toxic problem for this small city on the move. The meeting displayed some council members’ distrust in Guard’s spending, and a discussion was held about whether Guard should be able to spend anything more than $5,000 without council approval.

Dane-Patterson and Guard both got petty at times during Monday’s meeting, audible in their tones of voice as the council talked through possible changes to its procedures.

“The charter also says that we can come up with the rules or guidelines, but it doesn’t say that we have to,” Dane-Patterson said.

And others speculated that Andy Singleton, the Place 1 council member, had something to do with the petition. Multiple relatives of his have their signatures on the petition as well.

Singleton denies having a role in forming the petition.

Guard and the other officials said they’ll undergo training to better come together and work as a team.

“It’s embarrassing,” one resident said in an open-comment speech about the division among the city’s leaders.