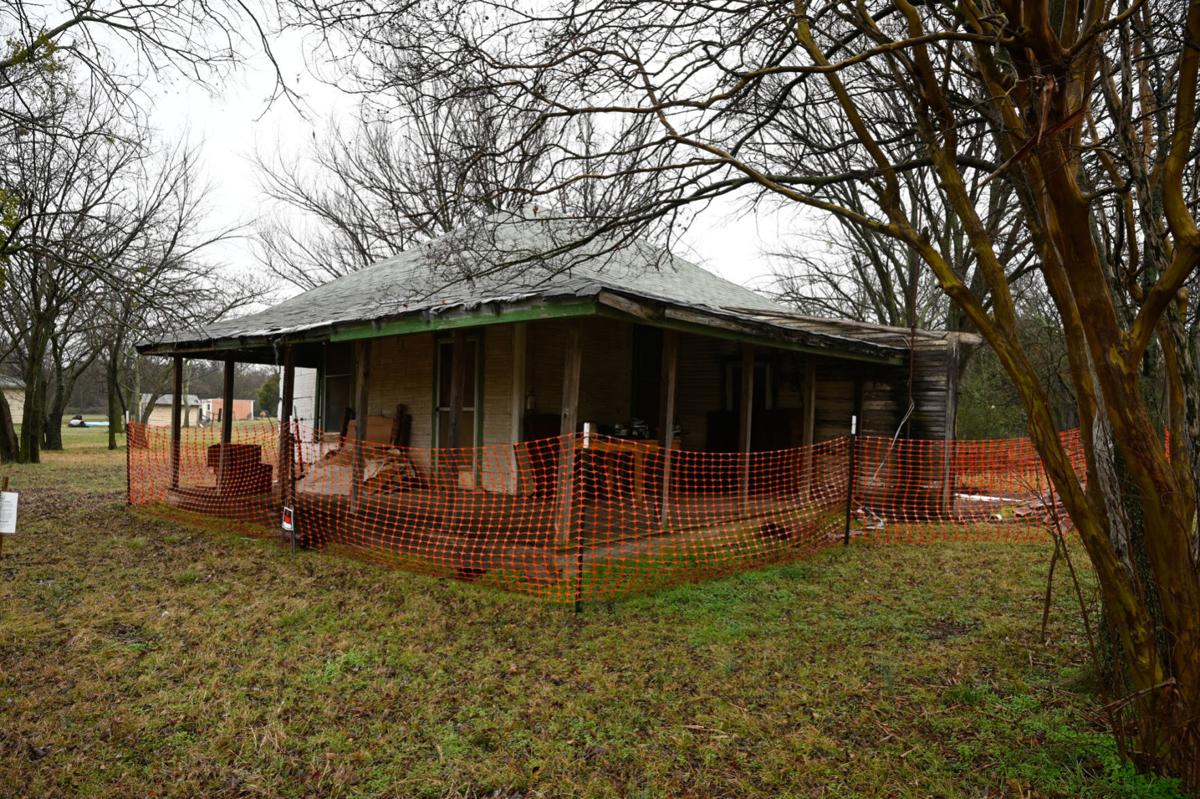 The city of Pilot Point condemned the house at 522 Burks St. last year, but held off on its demolition after learning that part of the building was once a one-room schoolhouse for African-American children. Volunteers have stepped in to help and the owners are working to preserve that part of the structure. 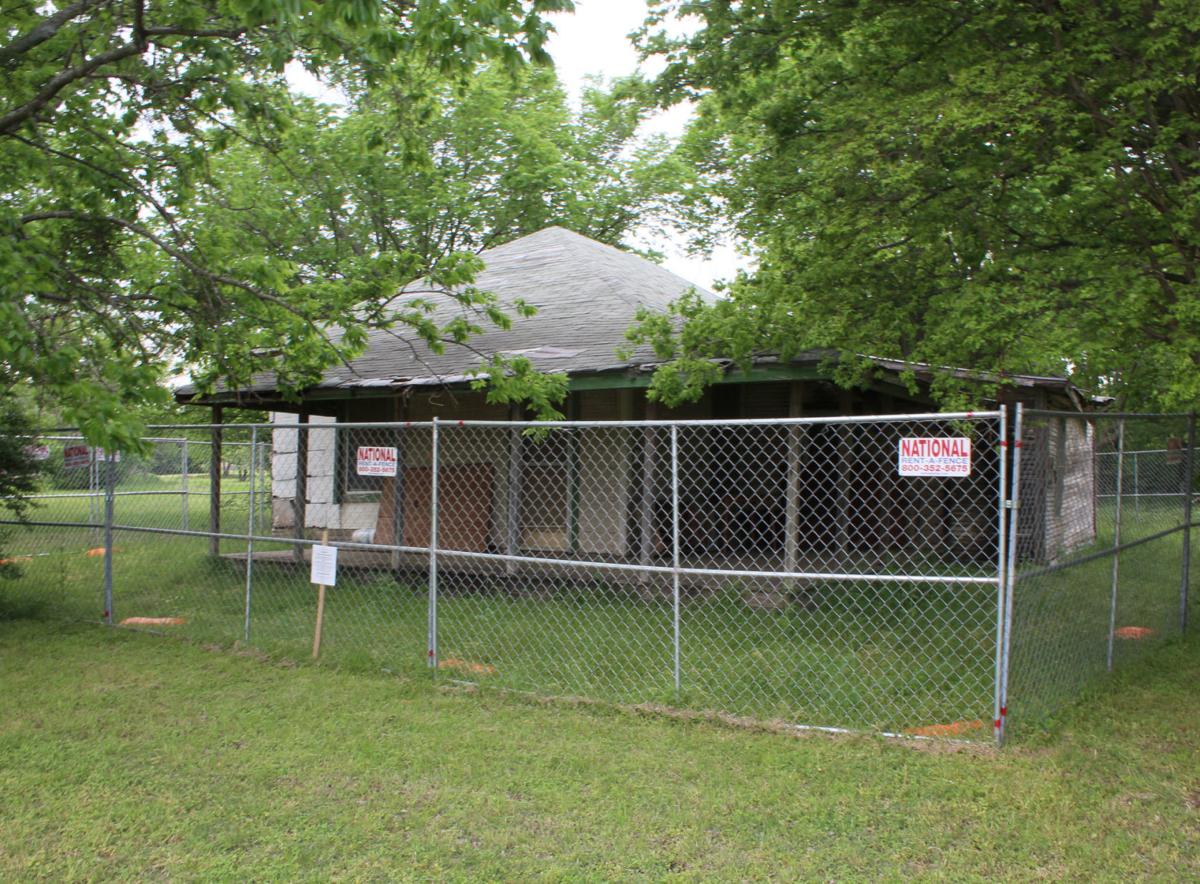 A fence surrounded 522 E. Burks St. in April. Pilot Point officials condemned the building last year, but held off on ordering its demolition after learning that part of it was once a one-room schoolhouse for African-American children.

The city of Pilot Point condemned the house at 522 Burks St. last year, but held off on its demolition after learning that part of the building was once a one-room schoolhouse for African-American children. Volunteers have stepped in to help and the owners are working to preserve that part of the structure.

A fence surrounded 522 E. Burks St. in April. Pilot Point officials condemned the building last year, but held off on ordering its demolition after learning that part of it was once a one-room schoolhouse for African-American children.

PILOT POINT — The Pilot Point City Council gave the Harris family another 60 days to assess the condition of their threatened historic home, part of which used to be a one-room schoolhouse serving African-American children.

Council members agreed the family could have more time to develop a plan to rescue the structure, located at 522 E. Burks St. They also agreed that the city’s public works department could do its part to address the drainage issues that contributed to the failure of the house’s foundation.

Cecelia Harris told council members she and other family members had been working long hours and diligently to address the problems.

“We know there is still a lot to be done,” Harris said, adding that they appreciated having more time. “It didn’t get messed up in one day and it cannot be fixed in one day.”

City officials condemned the house in October, but gave it a stay of execution after learning of its historic significance. Part of the building served as a schoolhouse in Cooke County. It was moved to Pilot Point in the 1940s.

An experienced builder met with the family at the house Saturday in preparation for Monday’s meeting with the City Council. Chris Aguinaldo, who also volunteers for Pilot Point’s Historic Review Board, told city officials that the building was “definitely salvageable.”

“We start from the ground and work up,” Aguinaldo said, explaining the advice he gave the family: to fix the foundation first, and then address any structural issues before moving to the roof.

Aguinaldo agreed that poor stormwater drainage contributed to the house’s deterioration. The foundation was essentially on the ground now and couldn’t be fixed without addressing the underlying problem with drainage, he said.

Public Works Director Trent Vandagriff said Pilot Point needed better stormwater drainage citywide, but he also got an estimate for what it would cost to fix that portion of East Burks Street: $119,000.

The department’s entire stormwater project budget for this year is $35,000. Some or all of the budget may be cut, however, after council members learned earlier in the meeting that the city has just $300,000 in reserves — nearly $1.5 million shy of where the city needs to be.

“We could berm some dirt to get it away from the foundation,” Vandagriff said. “That’s probably the best we can do for now.”

Both council members and the Harris family agreed much of the trouble started in the early 2000s, when new construction aggravated long-standing problems with stormwater runoff in town. The construction of Pilot Point Intermediate School nearby also contributed to the problems even though there is a stormwater retention pond on the campus, officials said.

Mayor Shea Dane-Patterson said the city had already agreed that the Harris home did not need to be brought up to city codes for a residence, if that wasn’t the family’s plan for the property.

“We’re trying to find ways to work together, as well as beautification for the community,” Dane-Patterson said.

The Harris house wasn’t being singled out for action, she added.

“We’re looking at all the structures in town,” she said.

Even though the family has 60 days to demonstrate progress and come back with a plan, council members asked the Harris family to come back next month with an update.

Also on Monday, the Pilot Point City Council heard an update from the finance staff, a financial consultant and interim City Manager Terry Roberts. Roberts told council members that the city is solvent, but that it would take several years to restore its cash reserves.

The city charter requires about 25% of the annual budget for the utilities departments and the general fund be kept in cash reserves — or about $1.75 million at current levels of spending. Pilot Point currently has about $300,000 in cash reserves.

Roberts said the council should expect to revisit this year’s budget for cuts and other adjustments in the coming months. The city will also need to adjust the budget for about $175,000 in unexpected personnel expenses — what city officials paid out in severance agreements with the former city manager and city secretary late last year.