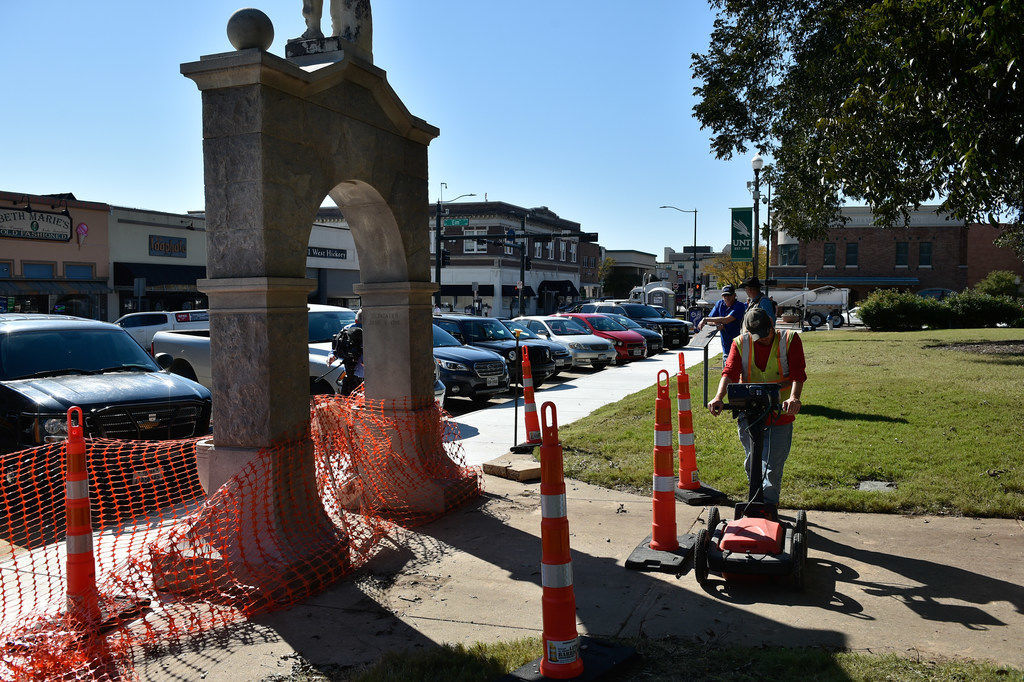 Crews from Ground Penetrating Radar Systems conducts radar beneath the sidewalk near the Confederate monument last week to determine whether there are or were water pipes hooking up to the fountain at the Courthouse Square. 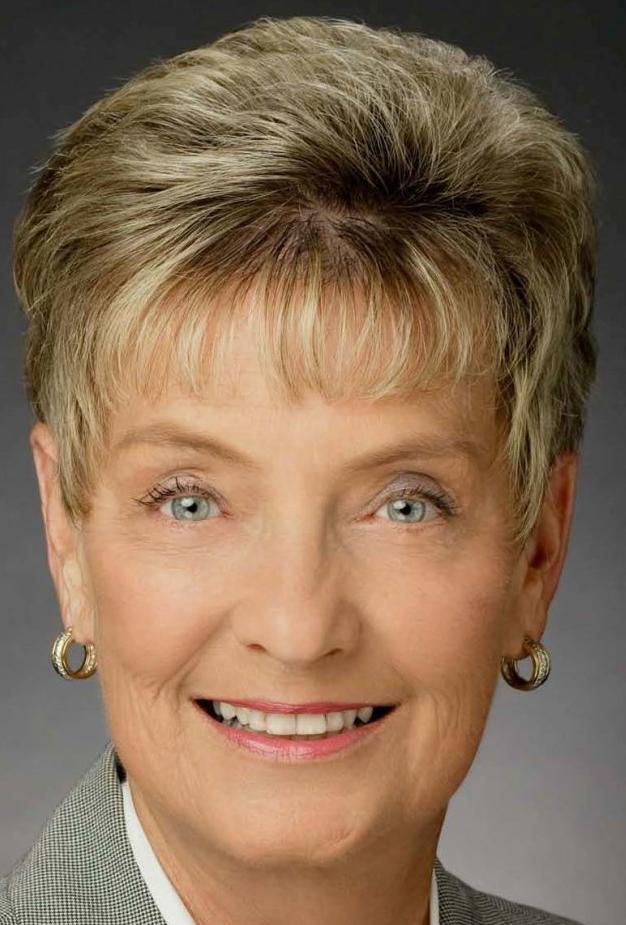 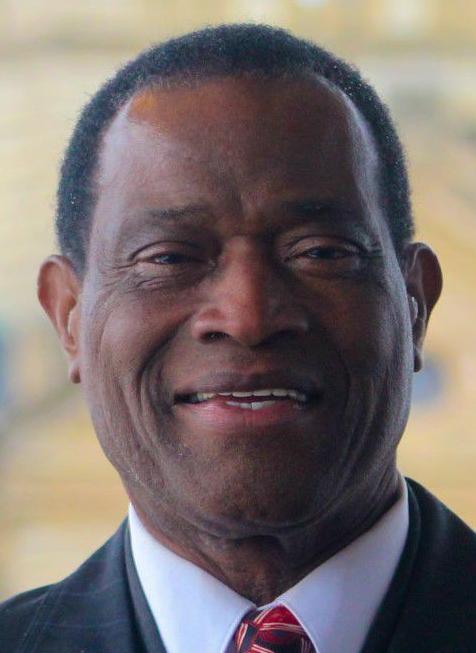 Denton County Judge Mary Horn reminded Willie Hudspeth this week there still are many obstacles in his path.

Last Friday, county officials hired a crew to use radar to inspect the ground beneath the concrete to see whether there were water pipes feeding the two fountains attached to the Confederate monument at the Courthouse on the Square. Optically, it was a move by Denton County officials to address Hudspeth’s claims the fountains once were turned on for only white people to drink from. Hudspeth said he was pleased by the move.

But a step forward came with two steps backward.

On Tuesday, during the weekly Commissioners Court meeting, Hudspeth got up to give his usual address to the court during the public comment period. And before he ever opened his mouth to speak, Horn already was steering the conversation.

“I fully expect you, the first thing to say today is, ‘Connect it, I want to drink out of the fountain,’ and I wouldn’t blame you for saying that, but I want you to consider two things,” Horn said. “One, as old as those lines are, you know those are lead pipes; can’t be doing that. The second thing is, take into consideration ADA, the Americans with Disabilities Act. Those fountains are not wheelchair accessible. You tell us how to get around those two things, and we have more to talk about.”

Hudspeth always has said turning on the fountains would be a symbolic move in the right direction toward healing racial tensions in Denton County.

“OK, go ahead,” the judge finished.

Such has been the relationship between Horn, who at the end of the year no longer will be the county judge, and the county NAACP president since he has challenged why the Confederate monument is still standing.

Hudspeth has stopped asking for the monument to be removed, instead favoring a plan to turn on the fountains and add literature acknowledging the disenfranchising role of the Confederacy in the lives of black people. Hudspeth said Horn brought up the ADA argument about 10 years ago, which Hudspeth said adds to a “long list of things she keeps coming up with to keep from turning the water back on.”

“I don’t know why so much resistance has been created by this judge,” Hudspeth said on Thursday.

Indeed, the fountains are not ADA compliant. The law requires the height from ground to spout to be no more than 36 inches.

That part is compliant: from ground to spout, the fountain’s height is about 36 inches. The distance from the wall to the spout must be about 17 or 19 inches, but distance on the monument is nowhere near that long. And there is absolutely no clearance beneath the fountain for a wheelchair-bound person to fit their legs and chair while drinking.

But as the law insists, the county still could turn on the water and be ADA compliant if the it constructed a nearby water fountain from which people in wheelchairs could drink. Dawn Cobb, a spokeswoman for the county, said as much in an email Thursday. Hudspeth said the same thing in court Tuesday, responding to Horn’s assertion.

As for the lead pipe argument, the county did not offer records indicating the pipes were made of lead, saying only that during the time period in which the monument was constructed, lead was the prevailing choice for piping, Cobb wrote in the email. Hudspeth said he’s contacted three plumbers who’ve said they could easily install new pipes if the county wants to move forward.

A new round of obstacles came moments after four University of North Texas students presented the court with evidence of racist violence toward black people in the St. John’s community near Pilot Point, another peg to Hudspeth’s long-fought arguments.

Horn said in open court she was sorry for not seeing he signed up to speak to the presentation, and she allowed him to comment on it as he planned. But that came after Hudspeth told her about the mistake, which came after Horn told him about the ADA and lead pipes issues. So technically, Hudspeth was speaking during public comment, a time when citizens can bring issues to the court that are not listed on the agenda.

“If at all possible,” she said Thursday, “I don’t want to cut Willie off.”

County to confirm if Confederate monument’s water fountains ever worked