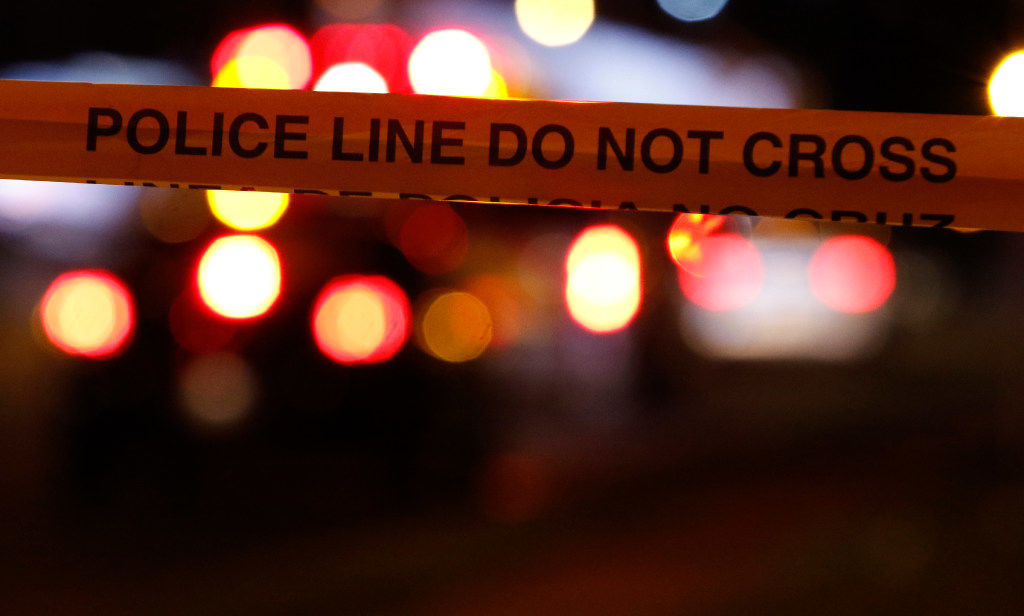 Crime stories are some of the most sensitive ones reported in the Denton Record-Chronicle.

Victims may read about themselves. People who’ve been arrested sometimes see their mugshots and names circulating on the internet. Parents learn about threats made at schools. Judges and law enforcement authorities read the police blotter and keep up with crime stories. Friends and cousins learn about the death of a loved one.

Every day, Page 2A of the Record-Chronicle features the police blotter. People want to know why police had a road blocked off, what caused a big industrial fire or how a person turned up dead.

In a city whose officials are heralding its growth, Denton readers deserve to know what crimes occurred, and what is being policed around them, for better or worse.

Most of these stories originate from police reports. That is why we felt it was worthy for us to report in the newspaper when journalists here temporarily lost access to police reports one Sunday in October without any notice from the Denton Police Department.

The following Monday was the only day all year we didn’t publish the blotter. But we kept up with police and fire department reports every day.

As of Thursday afternoon, here are the most-read blotter stories from 2018:

“Blotter: Man admits to beating wife with hammer.” This was the story of 48-year-old Brian West, who told police in July he got angry with his wife and hit her atop the head “five or six” times with the blunt side of a hammer, cutting her and causing her to bleed, according to police reports.

“The man said he blocked his wife from running out the front door, but she was able to escape through the back door and run to a neighbor’s house,” police said. “He said he called 911 to make sure his wife would be OK.”

The man was indicted in Denton County on an aggravated assault with a deadly weapon charge Dec. 19, court records show.

In May, Denton police said they stumbled upon a marijuana grow operation.

Police said they were dispatched to the 3900 block of Redstone Drive after a neighbor reportedly found a child walking down a sidewalk with a puppy. Police eventually located the child’s parents, Enrique Castillo and Regina Thomas, who later were arrested and charged with manufacture or delivery of a controlled substance greater than 400 grams.

As they questioned the parents, police said they observed a bong and a jar full of about 7 ounces of marijuana on a living room table. Police said Castillo and Thomas gave them permission to search the home. Authorities said they confiscated more than 37 pounds of marijuana wax, a highly concentrated form of marijuana deemed a controlled substance; and they found marijuana cookies, multiple bongs and marijuana buds.

After receiving a tip, Denton police said they arrested a man in his home and seized about 10 pounds of marijuana, some mushrooms and multiple bottles of THC oil. This happened in September in the 1800 block of Bolivar Street. The man did not give police permission to enter his home, but they later returned with a search warrant, the authorities said.

“Blotter: Man accused of throwing sex toy, flaming T-shirt at woman during breakup.” Domestic-violence stories routinely make it into the newspaper, but they don’t often garner as much attention as this one.

He allegedly took away the woman’s phone and broke a tablet “over his knee” in an apparent effort to prevent the woman from calling the police. (He also picked up a criminal mischief charge for the damage.) Moses served about a month in Denton County Jail for the three charges, records show.

A homeless woman was killed this month when she was struck by a pickup truck in the right-hand lane of Interstate 35E. Readers seemed eager to learn the woman’s name. The Tarrant County Medical Examiner’s Office said it was 43-year-old Christina Bonine who was killed.

As of this writing, police have not said they know why the woman was walking along the highway. But they have confirmed the woman was homeless and living in Denton. The driver of the pickup was not charged for hitting the woman.

The metrics we use to determine how many views our stories receive extend from May through today; there is no historical data from January through April. That is because our newspaper went through some ownership changes.

If you recall, our publisher bought back the Denton Record-Chronicle from The Dallas Morning News‘ parent company in late 2017. As such, we launched a new website, and we had to develop methods of independently tracking reader traffic.

This one is still being reported. In our fifth-most-read blotter story of 2018, it was reported that the Chase Bank on Colorado Boulevard near the Golden Triangle Mall was robbed on Dec. 22, two days after the Wells Fargo in the 600 block of West University Drive was robbed.

Readers in Denton and elsewhere read critically about the November death of Lermont Stowers-Jones, a 17-year-old Denton High School senior. He was found dead in Hickory Creek a day after he was reported to have jumped from Old Alton Bridge. The Tarrant County Medical Examiner’s Office ruled the week before Christmas his death was an accidental drowning.

The Record-Chronicle published several front-page stories about Stowers-Jones after his death. Only two were in the blotter, signaling to readers how important this story was to the community. The fourth most-read blotter story this year was the one in which Stowers-Jones was identified as the teen found dead in the creek.

A “man-sized hole” was cut into the back of an adult novelty shop one Friday morning in November. Police said a burglar entered Sara’s Secret in the 3100 block of West University Drive and tried to break into a safe but failed to do so.

The burglar and another person got away with sex toys from inside the building, but it’s safe to say none of Sara’s secrets were revealed during the course of this crime.

A 9-month-old boy was hit in the head when a woman allegedly assaulted a waitress at El Matador restaurant in the 700 block of West University Drive in September.

Witnesses told police the woman yelled at a waitress and threw food on the floor during dinner hours. Police were told the woman acted out when her waitress took “too long to bring to the table an additional plate” from which to eat.

When the woman, who police said was not at the scene when they arrived, hit the waitress, it caused her to bump into the 9-month-old, whose head hit the table.

The police said the victims involved declined to be driven to a hospital.

The most-read blotter story of the year (from what we can tell) didn’t originally come to us from a police report. People driving by the scene contacted the newspaper, prompting editors to send a reporter to Fry Street (the residential side), where Denton police raided a house in a drug bust.

Police said narcotics detectives had been investigating the residents in connection with the sale of crack, synthetic marijuana and methamphetamine. Police used flash bangs as they forced their way into the house in the 200 block of Fry Street. They blocked off a small portion of the street, attracting attention from the busy, nearby Oak Street.

People were sharing the story with their friends on social media, letting each other know that the scene they saw made the news.