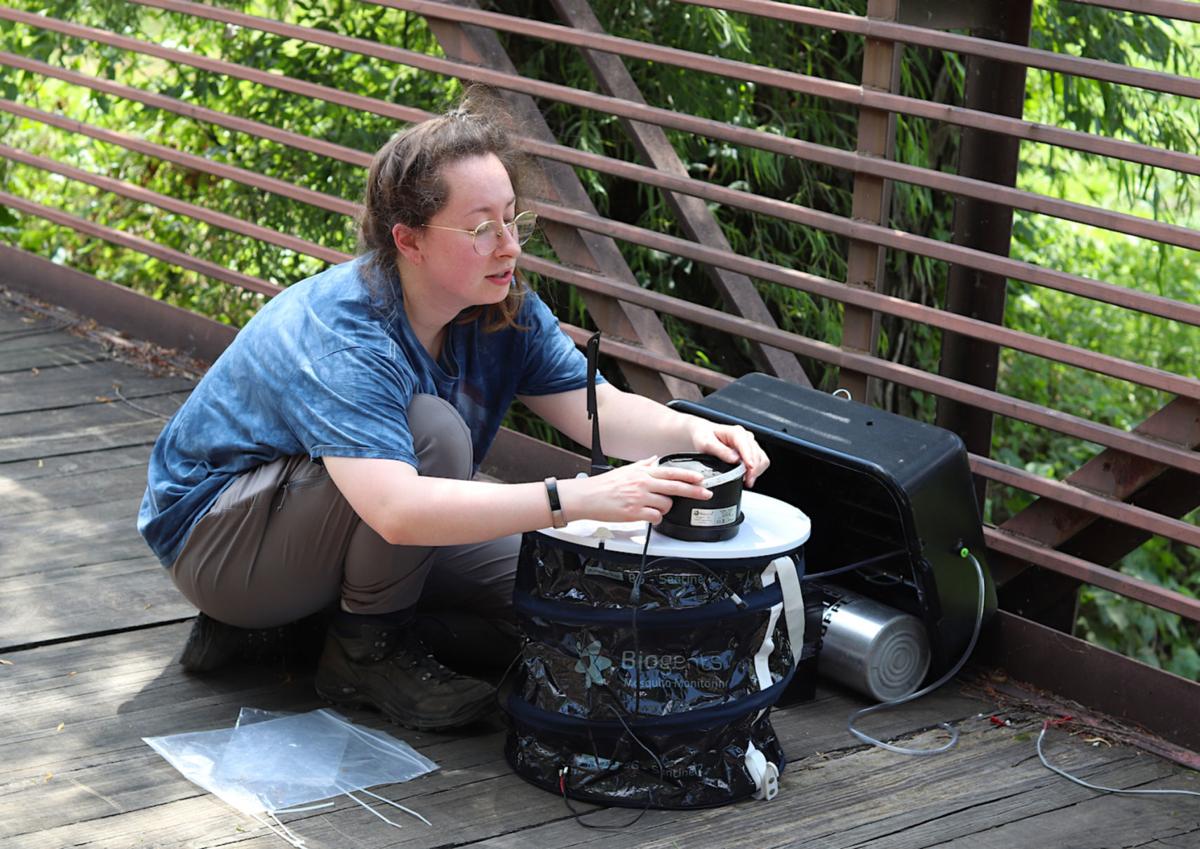 Katherine Cline kneels as she sets up a mosquito trap on top of County Line Road Bridge at North Lakes Park. 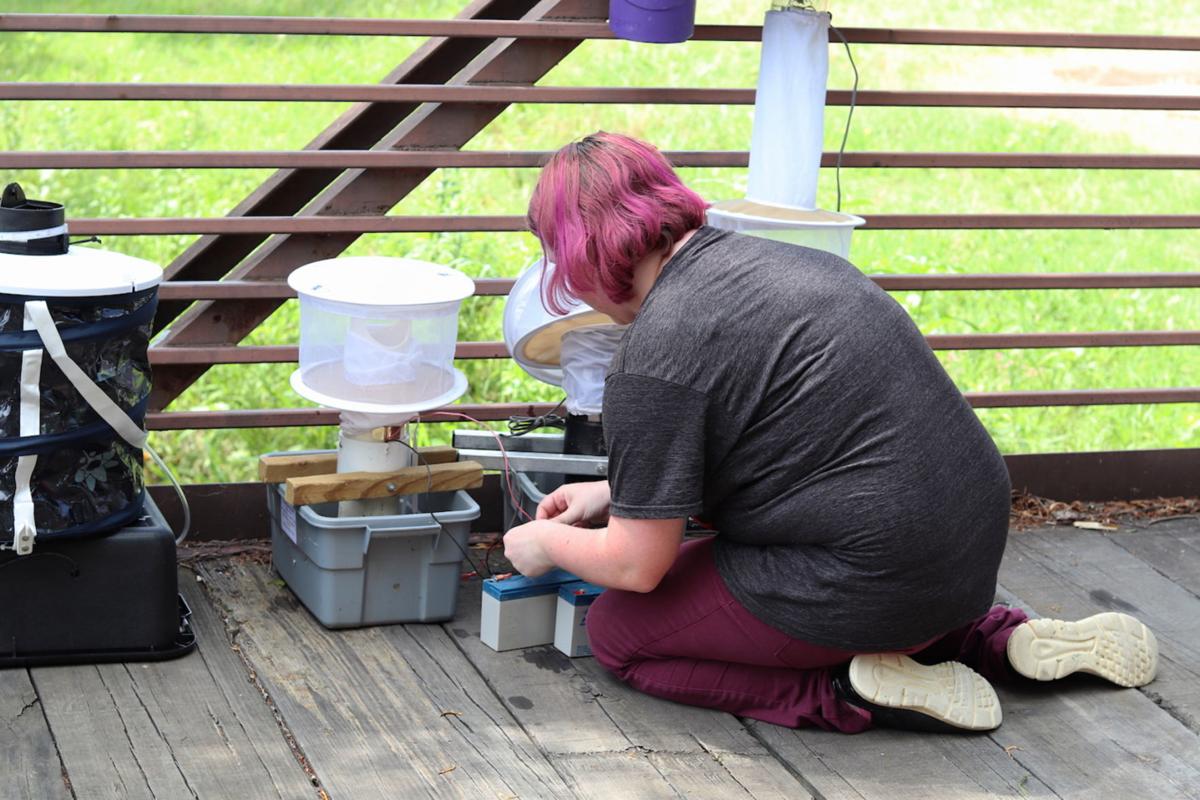 As nature lovers strolled through North Lakes Park on Tuesday afternoon, Katherine Cline and Shandril Sallee got to work. Perched atop the bridge that arches over a creek, the University of North Texas biology students installed a series of complicated bug traps. They hope to seduce a specific species of mosquito for study: Culex quinquefasciatus. That’s the type that can carry the West Nile virus.

Dangling from the bridge’s guardrails, the traps emit a peculiar scent. The odor, which mimics the lactic acid present in human sweat, is abhorrent to most humans, Cline said. But try telling that to mosquitoes.

“It smells bad, really bad,” Cline, 24, said with a laugh. “But that’s what’s getting the mosquitoes.”

Out of the nearly 50 species of mosquitoes present in Denton County, he said local residents should really only look out for the West Nile-carrying Culex.

“Mosquitoes are a nuisance, they’re a bother, and nobody wants to go out and be bitten by them,” he said. “But your chances of getting West Nile are slim.”

Conversely, the rains have hampered more harmful species’ larvae from reaching maturity, he said. It’s after the weather dries out in July or August that the Culex mosquito population will boom.

Kennedy said there hasn’t been a ground-spraying treatment in Denton so far this year. It’s only after a human is diagnosed with West Nile that the city will order ground spraying, which controls the adult mosquito population but does nothing to eliminate larvae.

The overwhelming majority of people who have been bitten by a West Nile-carrying mosquito won’t experience any symptoms, according to the World Health Organization.

Around 20% may develop West Nile fever, which causes flu-like symptoms such as fever, headaches and fatigue. Less than 1% contract a more serious, life-threatening form of the virus.

It’s difficult to diagnose the West Nile virus because its symptoms mirror those of other, more common illnesses, said Jennifer Rainey, a spokeswoman with Denton County Public Health.

“If you’re just feeling nausea and have a fever, you typically don’t go to the doctor and say, ‘Hey, test me for West Nile,’” she said.

There are currently no preventive vaccines or treatments for the West Nile virus. It typically affects people with weakened immune systems and the elderly, Rainey said.

In 2018, West Nile virus claimed five lives in Texas, according to the Centers for Disease Control and Prevention. The virus hasn’t killed anyone in Denton County in several years.

People should take precautions before going outside, Rainey said. But local residents shouldn’t let fear of West Nile stop them from enjoying the outdoors; chances of infection are small if one follows the “Three D’s”:

To treat stagnant water, use Bti briquettes, which contain bacteria that kill mosquito larvae. Each briquette will treat 100 square feet of surface water for 30 days, according to the city of Denton website. Bti is available in limited supply from the city (to learn more, visit https://bit.ly/2X2Pn64), and it is sold at hardware and garden stores.