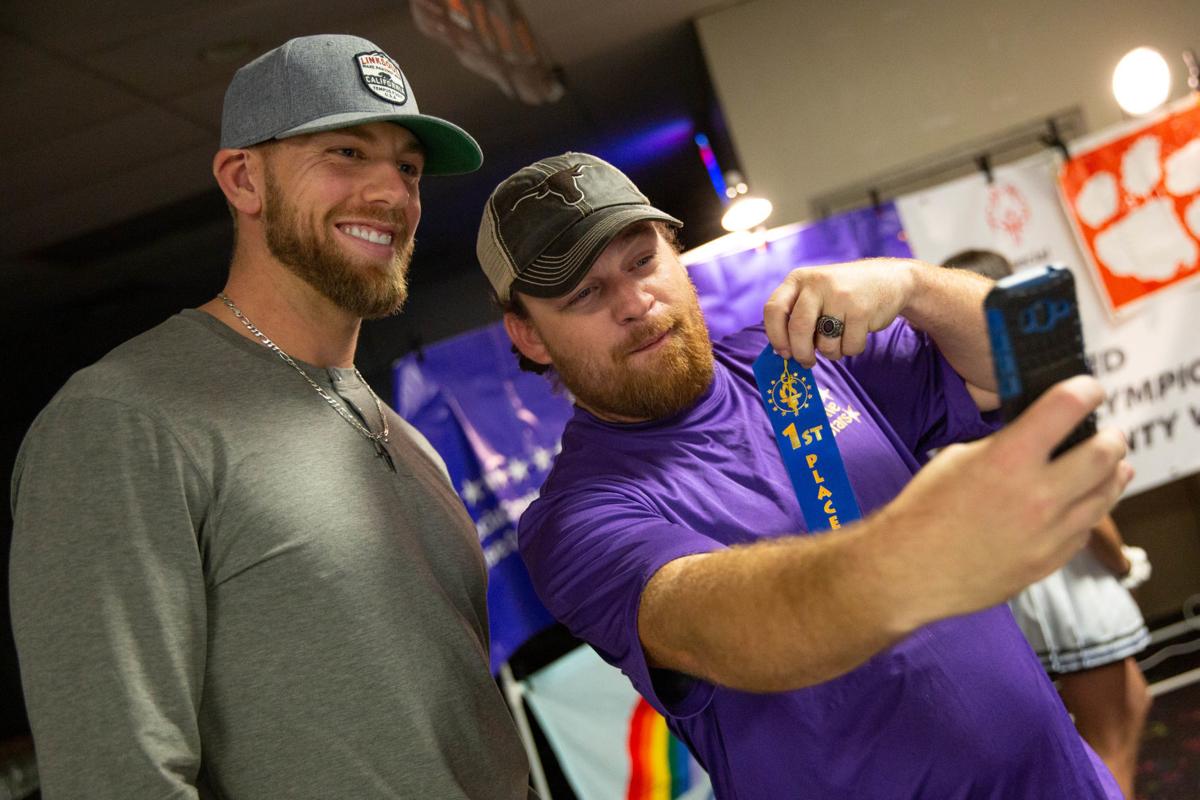 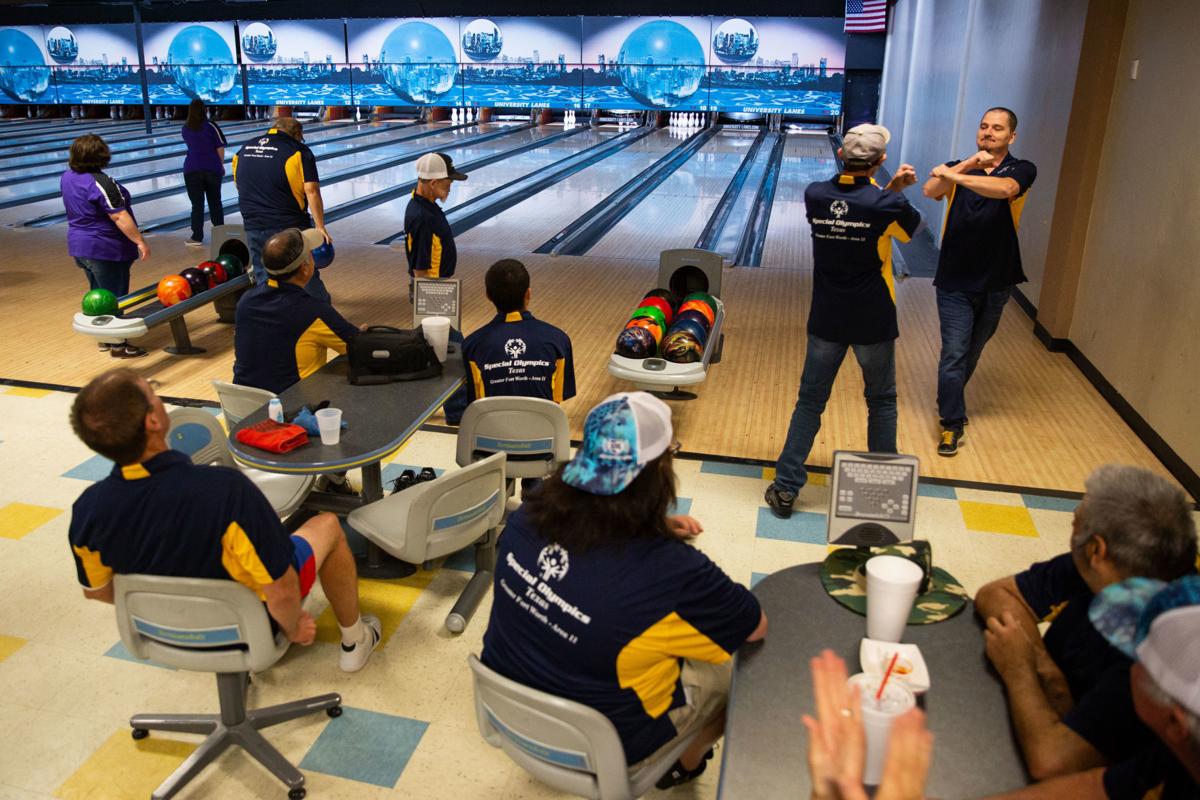 Teammates cheer each other on during the Special Olympics Area Bowling Tournament on Sunday at University Lanes in Denton. 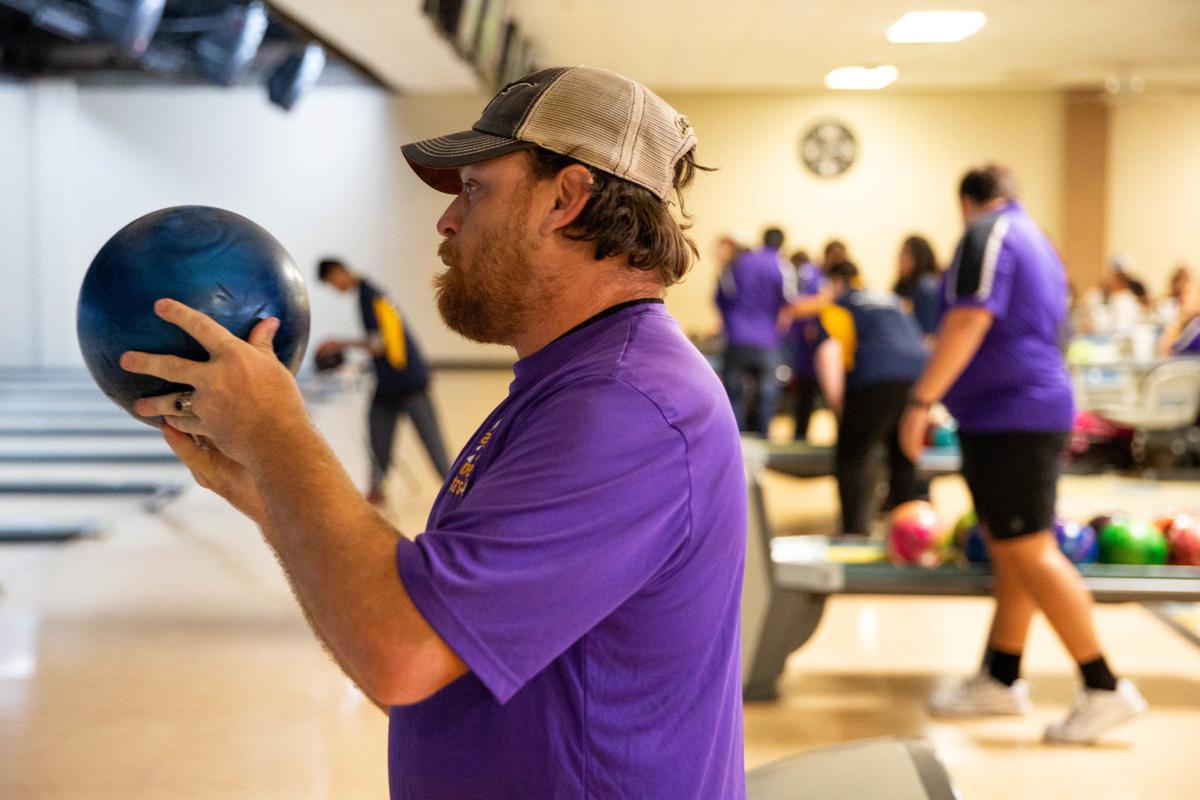 Johnny Hardy prepares to send his bowling ball down the lane during the Special Olympics Area Bowling Tournament on Sunday at University Lanes in Denton. 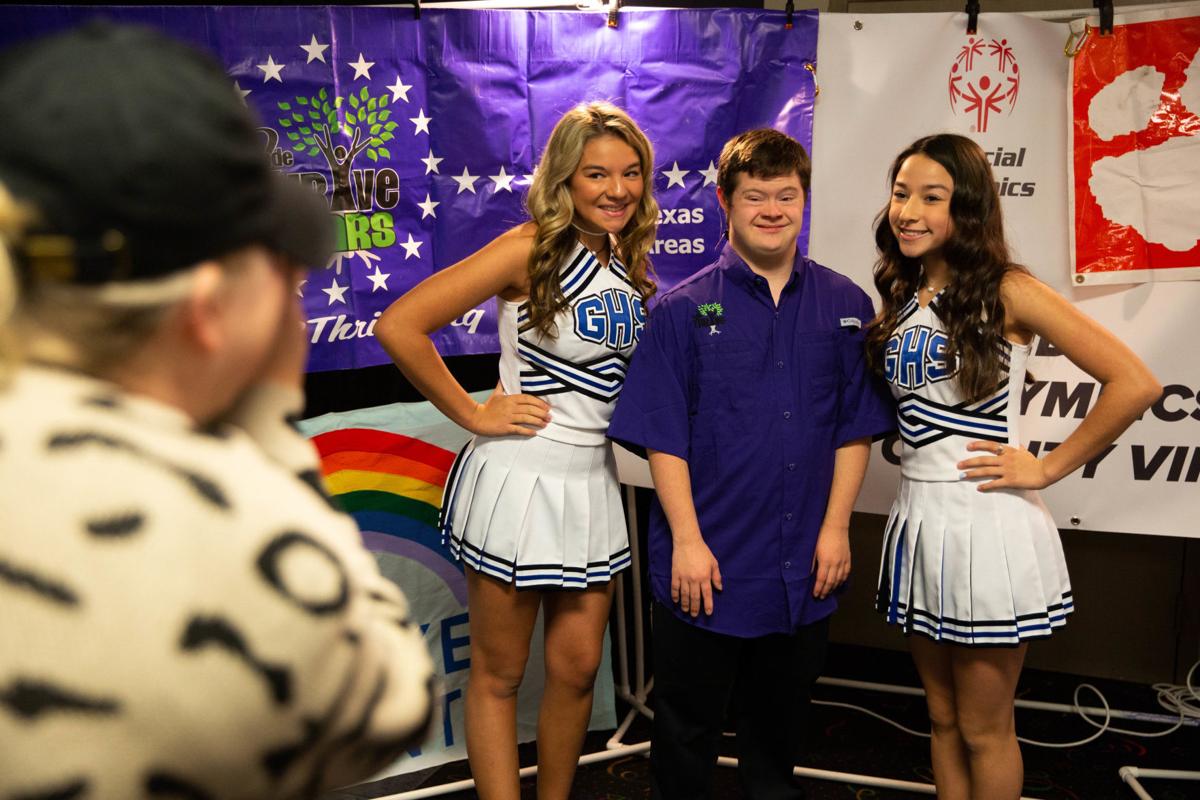 Teammates cheer each other on during the Special Olympics Area Bowling Tournament on Sunday at University Lanes in Denton.

Johnny Hardy prepares to send his bowling ball down the lane during the Special Olympics Area Bowling Tournament on Sunday at University Lanes in Denton.

Paul Hamilton, a Cooke County coach and head organizer, said the Made 2 Thrive group might head toward the state tournament, but his group and those from Pilot Point don’t go past area tournaments because of funding constraints.

Dozens of bowlers — decked out in one of three matching team shirts — filled nearly every table. Laughter, jumping, hugs and high-fives were frequent. A man in Lane 2 carefully placed his ball atop a bowling ramp and took a few steps back for a running start.

He watched stoically as all but three pins toppled. He adjusted the ramp slightly to the left, dialing in his next shot. Another running start, another forceful push.

The moment the final pin hit the ground, the bowler jumped and spun around to gather his rightful applause.

A few lanes down, Johnny Hardy, 31, was having a so-so round after a strong start to the game.

“I was getting those shots. Now —” Hardy said before slumping his arm and head down in exasperation.

He said he’s been involved with Special Olympics through Made 2 Thrive for the past few years, and it’s the people that keep him coming back.

“If it weren’t for the coaches, we wouldn’t be here,” he said.

Jeremy Mila, a Special Olympian with the Cooke County wing of the Special Olympics, echoed those sentiments. He said he’s been involved with the program for roughly 10 years in several sports. While basketball is his favorite — he plays point guard — he said bowling can be fun too.

Slowly but surely, each bowler was escorted by a Guyer High School cheerleader to get their picture taken with the cheerleaders. Once developed, the instant photos had a hole punched through them and a length of neon plastic cord threaded through.

With the picture done, athletes had the opportunity to meet Hunter Dozier, a Denton native and third baseman for the Kansas City Royals. Dozier handed out signed pictures and posed for photos throughout the event.

“They [the athletes] bring such a joy,” Dozier said Tuesday. “You see how much fun they’re having; they have it so hard, I can’t even imagine.”

Other volunteers helped bowlers, played alongside the athletes or simply cheered them on from tables. Among those were Guyer students Jess Holbert, a senior, and Grayson O’Bara, a sophomore.

They both explained that volunteering with Special Olympics events is a fun and rewarding experience.

Aside from their involvement during Tuesday’s tournament, O’Bara, Holbert and Dozier — along with Guyer cheerleading coach Ashley Hamilton — are all connected by a common thread: They were all present because of Paul Hamilton.

Ashley Hamilton is his oldest daughter, O’Bara and Holbert are two of his nephews, and Dozier is a family friend.

O’Bara said his brother, Grant, has also volunteered at past events because of their uncle.

Unless you were looking for him, it would have been easy to miss Hamilton’s frenetic trek as he threaded through the crowd Tuesday. Before the first ball went spinning, he, along with other coaches and organizers, was in near-constant motion.

In payment for the volunteers, joy-filled athletes soon sat at every table in the building with commemorative pictures, autographed photos and ribbons marking their achievements.