MONTGOMERY, Alabama — More than 100 groups and individuals, including Denton residents, have asked the National Memorial for Peace and Justice that their county be part of a network of local memorials to lives lost to lynching.

The memorial in Montgomery, Alabama, made national and international headlines when it opened in April. It remembers more than 4,000 people who were murdered between 1877 and 1950 with inscriptions on hundreds of weathered steel beams. Some of the beams stand on the ground like headstones. Other beams hang from high above, like a body hanging from a tree.

Not all of the victims’ names are known, including the two Denton County victims remembered at the memorial. They are listed only with their date of death: Dec. 14, 1922.

The Equal Justice Initiative, which created the memorial, is still gathering information from communities interested in having a local presence, according to Jennifer Rae Taylor, a researcher and attorney at the initiative. Some communities have broad support for participation, including support from local elected officials. Others do not.

Local groups can apply to receive their beam to bring to their community. The initiative is encouraging the requests but has not yet finalized how the beams will be distributed.

The inspiration behind sharing the beams has multiple purposes, Taylor said.

“It’s to encourage others to be aware of this history and how it played out,” she said. “It’s also an organizing opportunity in individual communities.”

The Equal Justice Initiative limited the memorial’s time frame to the period after Reconstruction and the end of World War II, even though thousands were lynched before and after that time. The initiative also narrowed the list of victims whose cases fit specific criteria. 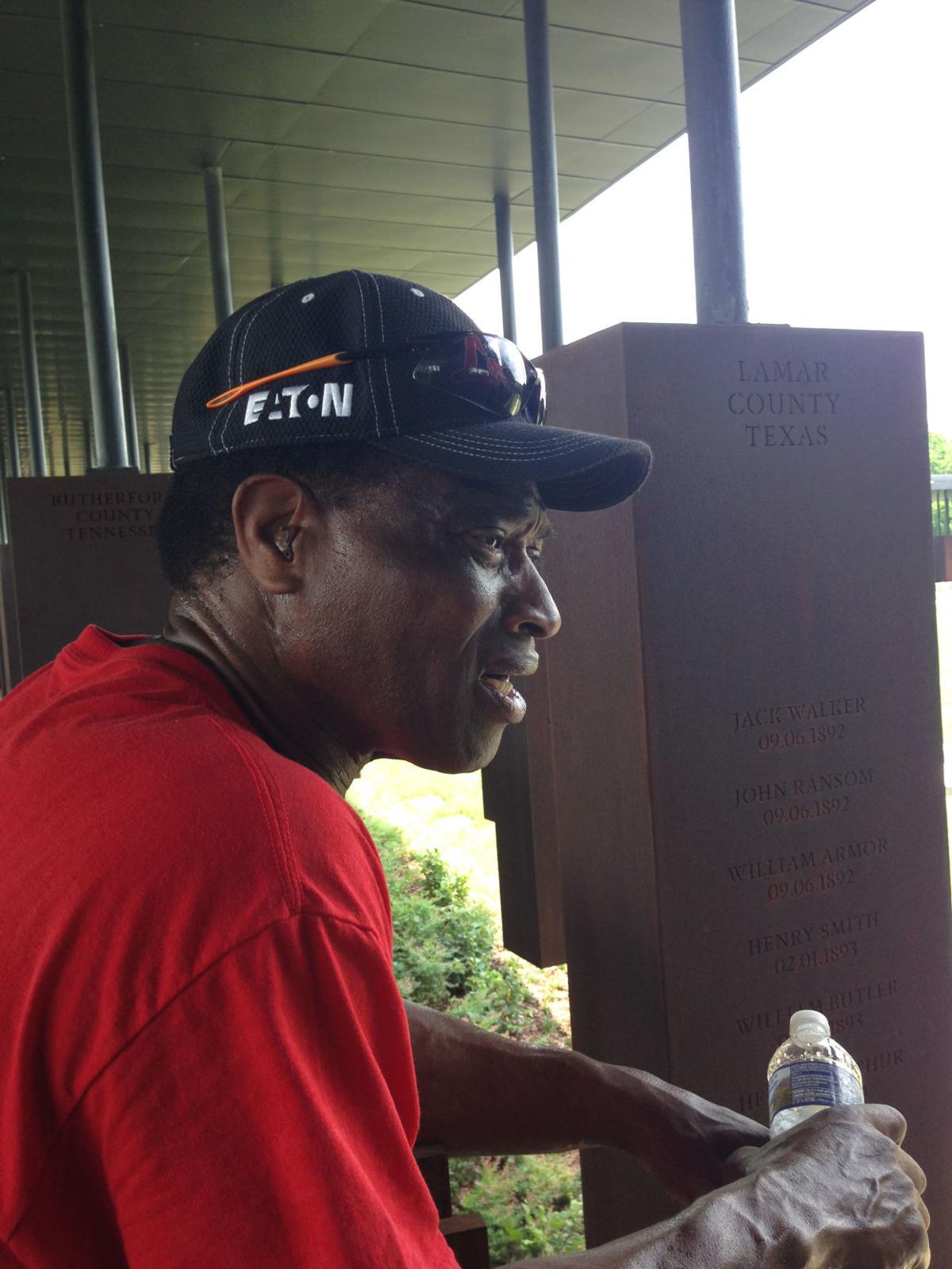 Willie Hudspeth pauses for a moment while touring the National Memorial for Peace and Justice in Montgomery, Alabama, on Saturday. 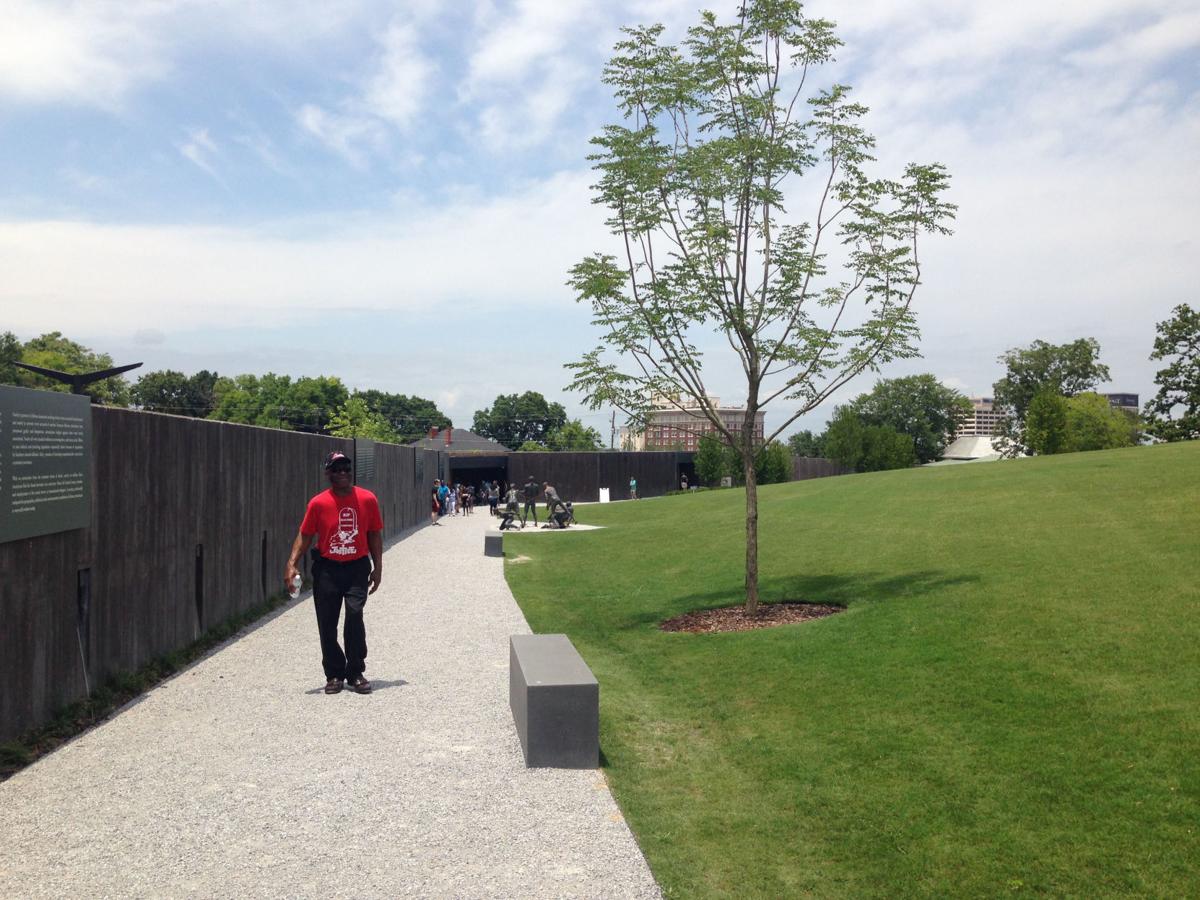 Willie Hudspeth enters the National Memorial for Peace and Justice in Montgomery, Alabama, on Saturday. 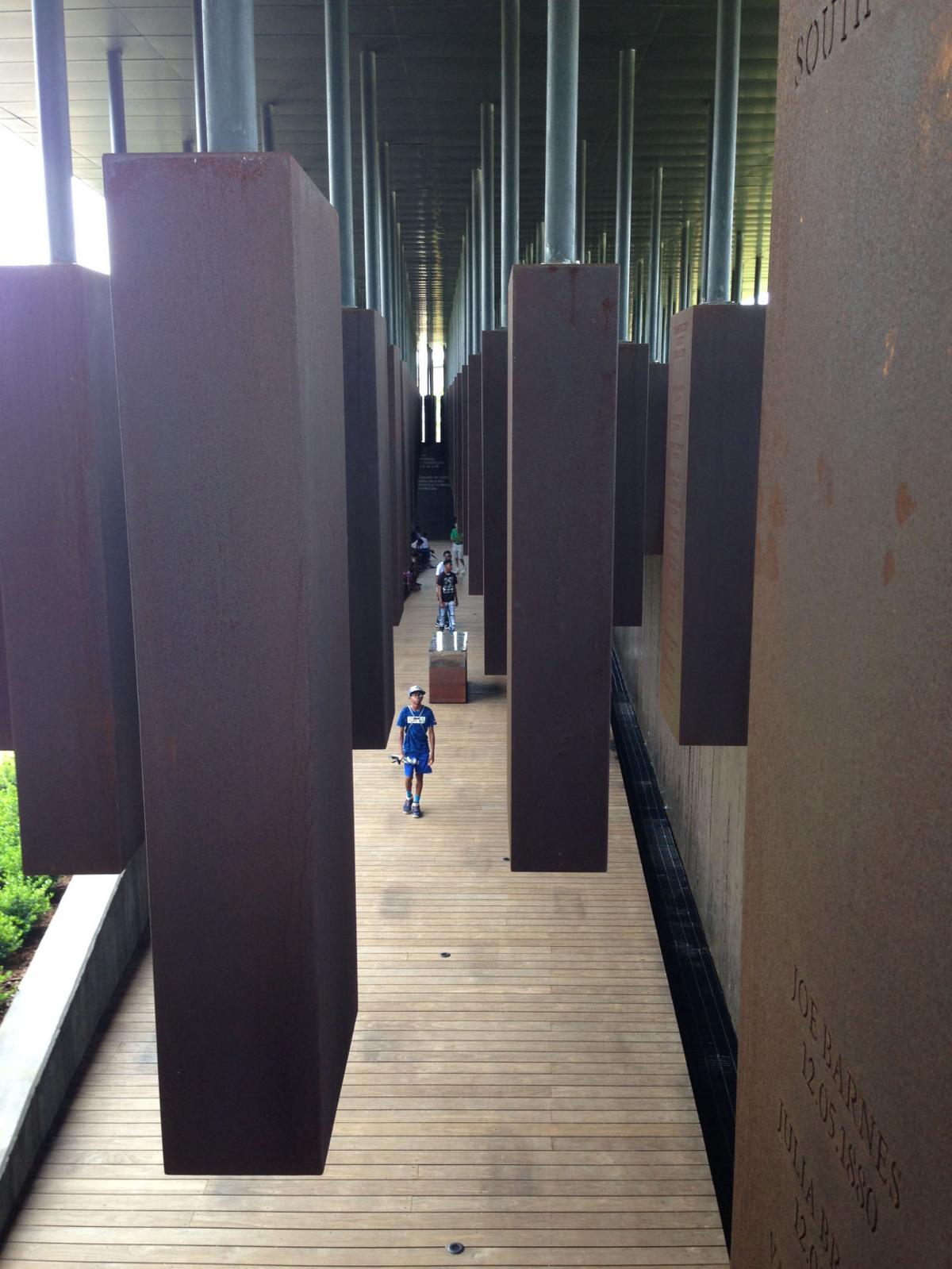 Visitors to the National Memorial for Peace and Justice in Montgomery, Alabama, walk among hundreds of weathered steel beams that commemorate the lives lost to lynching around the country.

Memorial in Alabama remembers 4,000 lives lost to lynchings, including 2 from Denton County

Willie Hudspeth pauses for a moment while touring the National Memorial for Peace and Justice in Montgomery, Alabama, on Saturday.

Willie Hudspeth enters the National Memorial for Peace and Justice in Montgomery, Alabama, on Saturday.

Visitors to the National Memorial for Peace and Justice in Montgomery, Alabama, walk among hundreds of weathered steel beams that commemorate the lives lost to lynching around the country.

Victims were also shot, burned, drowned, and tortured and beaten to death.

The memorial includes those cases of African-Americans who were killed with impunity by two or more people, who themselves were not concerned about the consequences of murdering someone, Taylor said.

In nearly all of the cases included at the memorial, no one was ever prosecuted for the lynching. In the few cases where someone was charged with a crime, no one was ever convicted of murder, Taylor said.

In their book Eternity at the End of a Rope: Executions, Lynchings and Vigilante Justice in Texas, 1819-1923, Clifford Caldwell and Ron DeLord documented the lynchings of 13 people in Denton County between 1860 and 1922.

Only the 1922 incident, which occurred in Pilot Point about 20 miles northeast of Denton, happened during the time frame of lynchings that are included at the memorial.

Taylor and DeLord said the Pilot Point incident was first reported in the Austin American-Statesman in December 1922. The report was then picked up by newspaper wire services and appeared in many other newspapers around the country.

The original report documents that two black men had been placed in custody in the Pilot Point jail. The jail was left unguarded and the men disappeared. A note was left in their place: “Let this be a warning to all Negro loafers. Negroes get a job or leave town.”

Even though thousands of others were lynched before 1877, the memorial does not include a specific tribute to those individuals because it is difficult to document such deaths during the Civil War and Reconstruction, Taylor said.

The Equal Justice Initiative plans to release more information on how communities can participate in the project later this summer, she said.

Denton resident Willie Hudspeth traveled to Montgomery to visit the memorial and The Legacy Museum, which is also an initiative project. The museum is in a historic building that was once used to warehouse slaves, one of many such buildings in Alabama’s capital. The museum documents African-American history from the slave trade through the civil rights movement, as well as contemporary problems with mass incarceration.

The museum includes the Community Remembrance Project, where the lives of 19 other Texans are commemorated. Relatives collect soil from the site where their loved one was lynched. Those jars of soil are kept on display at the museum.

On the memorial grounds Saturday, Hudspeth asked a volunteer how he could find the beam for Denton County. Hundreds line the grounds around the memorial’s main building, lined up like coffins waiting to be taken home.

Halfway up the hillside, he found it.

“This is incredible,” Hudspeth said. “We need to bring this home.”

A significant piece of Denton County history lies in a new Alabama memorial and museum, waiting for the community to claim its past.