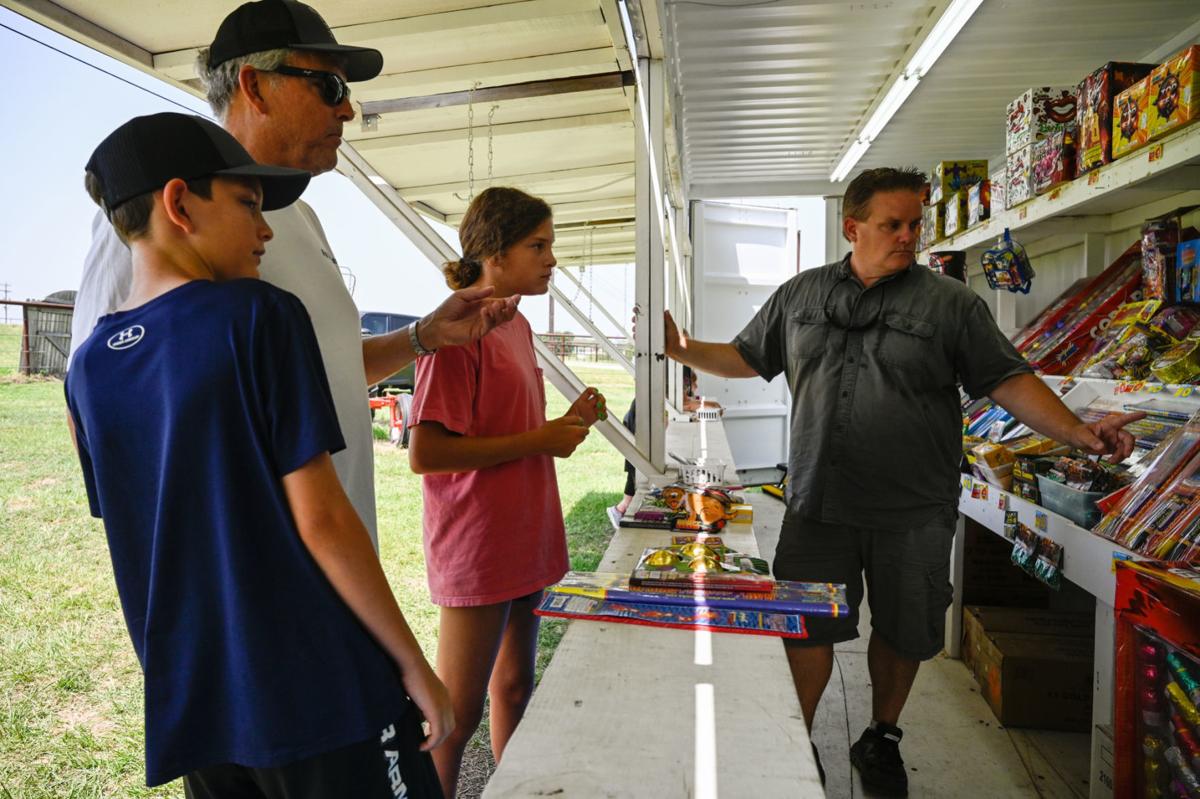 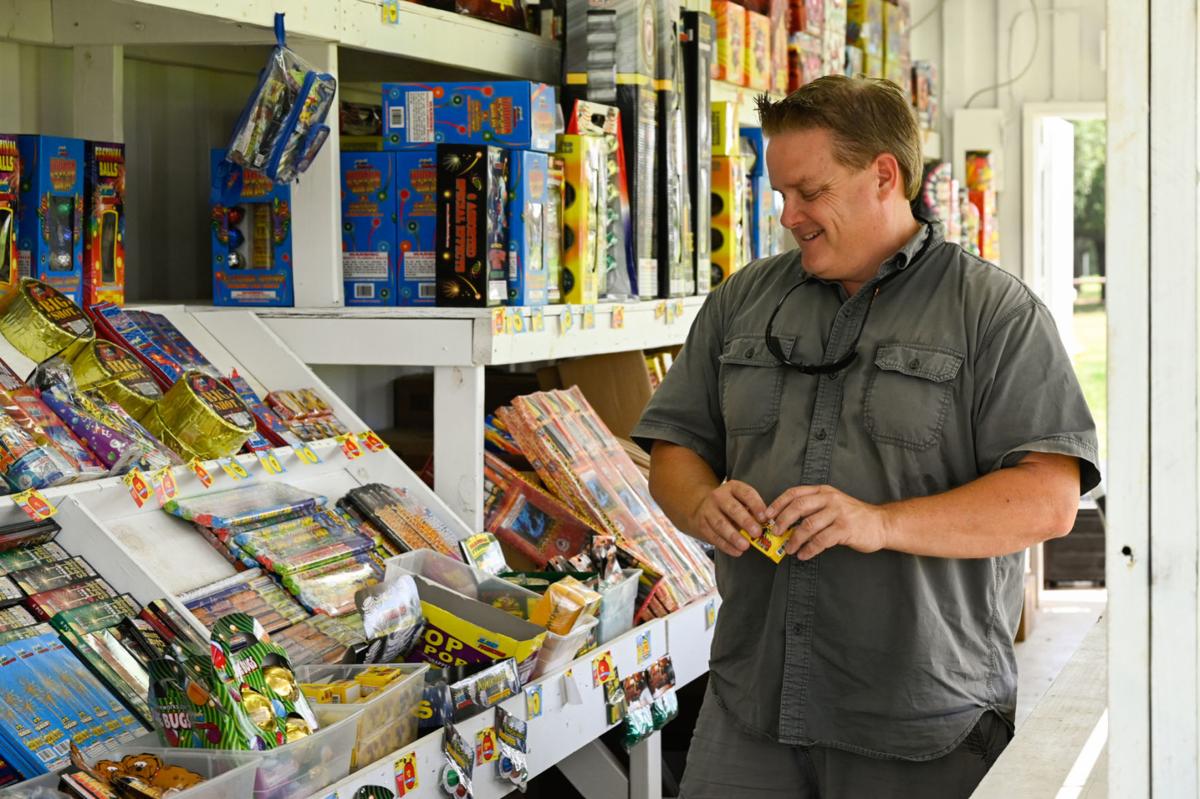 AUBREY — They spin, they scream, they shoot straight up and they’re headed to backyards and lakefronts for the Fourth of July.

The Alexander family of Irving really wasn’t feeling the loss of big, professional fireworks displays for the holiday. They stopped midday Friday at the Alamo Fireworks stand near Aubrey en route to the family’s place on Ray Roberts Lake outside Pilot Point.

“We’re not missing a beat,” said Mark Alexander. “We go to the lake every year.”

Alexander said his father-in-law likely already bought lots of aerial fireworks — with names like Bad Boy, Bumbling Bees, Bootylicious and Cardiac Arrest — for their annual family get-together. Alexander offered to buy some other favorites for his son and daughter.

Aden Alexander, 11, has been lighting small fireworks for years.

“TNT,” Aden said, the classic string of red firecrackers that goes off like a tiny machine gun.

Avery Alexander, 14, said snap firecrackers were her favorite, but she also likes smoke bombs — bright fogs of color from the metal salts that give fire works their magic.

The family was part of a steady stream of customers who filled a bag of fun for the holiday that will be devoid of many other traditional festivities — parades, fun runs and big fireworks shows.

This week, Gov. Greg Abbott ordered the wearing of face masks and urged Texans to stay home for the holiday.

Stand owner Scott Logan said his business hadn’t been much different from past years, but also said that his stand, which is located at 1042 W. Sherman Drive near Aubrey, isn’t on the freeway.

Logan’s stand is part of several family-friendly activities he’s pursued since leaving corporate life and moving to northeastern Denton County. The family farm plays host to a pumpkin patch every fall. Before the pandemic, he performed regularly as Professor Brainius, an educational show he created for parties, festivals and school assemblies.

“March 10 was my last show,” he said, adding that he’s performed just four of the 90 shows he’d lined up for the spring.

The fireworks stand is another way to help families have fun together, he said, adding that he’s the father of five, two now grown.

“I love kids and investing in the next generation,” he said.

As customers ask questions, Logan listens and answers carefully. Some customers have never lit a firework before.

“I don’t push anything — whatever is best for each person,” he said.

For customers with some money to spend, some aerial fireworks packages are almost a show in a box. But for customers just looking for a little bit of pop and snap, he had plenty of choices for a few dollars, too.

Fireworks stands can remain open through July Fourth, per state law. Most cities, including Denton, don’t allow any kind of fireworks within the city limits, including sparklers.

Mishaps with fireworks can lead to trouble, including serious injuries and property damage. The Denton Fire Department is investigating a fire that damaged an apartment roof in the 1800 block of North Ruddell Street on Tuesday, likely from a firework.

Fire marshals in Denton, and likely in other North Texas cities, will be responding to reports of illegal fireworks over the next few days. Possession can lead to a $500 fine.

Denton police ask that instead of calling 911 to report fireworks, residents call the department’s non-emergency line instead, 940-349-8181.

Here are some firework safety tips from the National Council on Fireworks Safety: