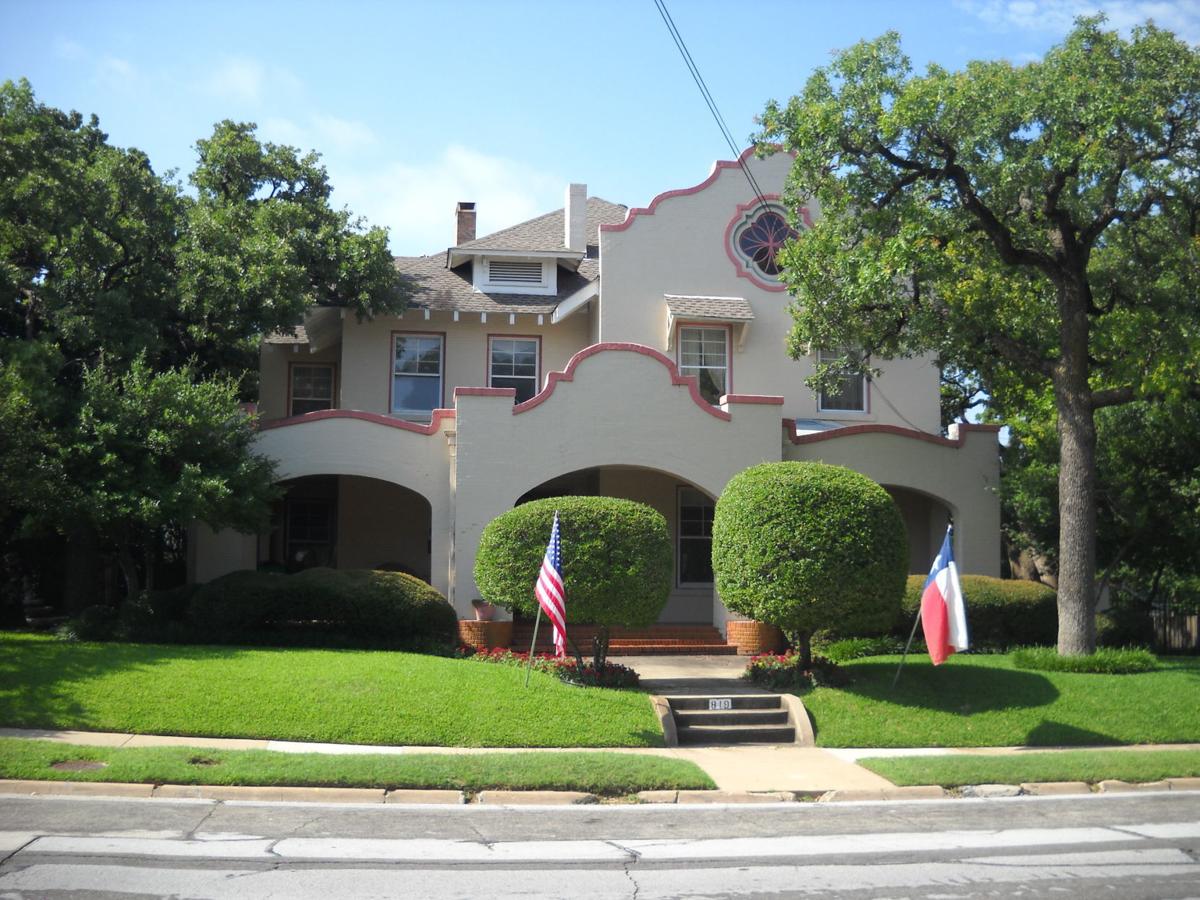 The Scripture House at 819 W. Oak St. was originally built in 1886, and has gone through some changes over the years. 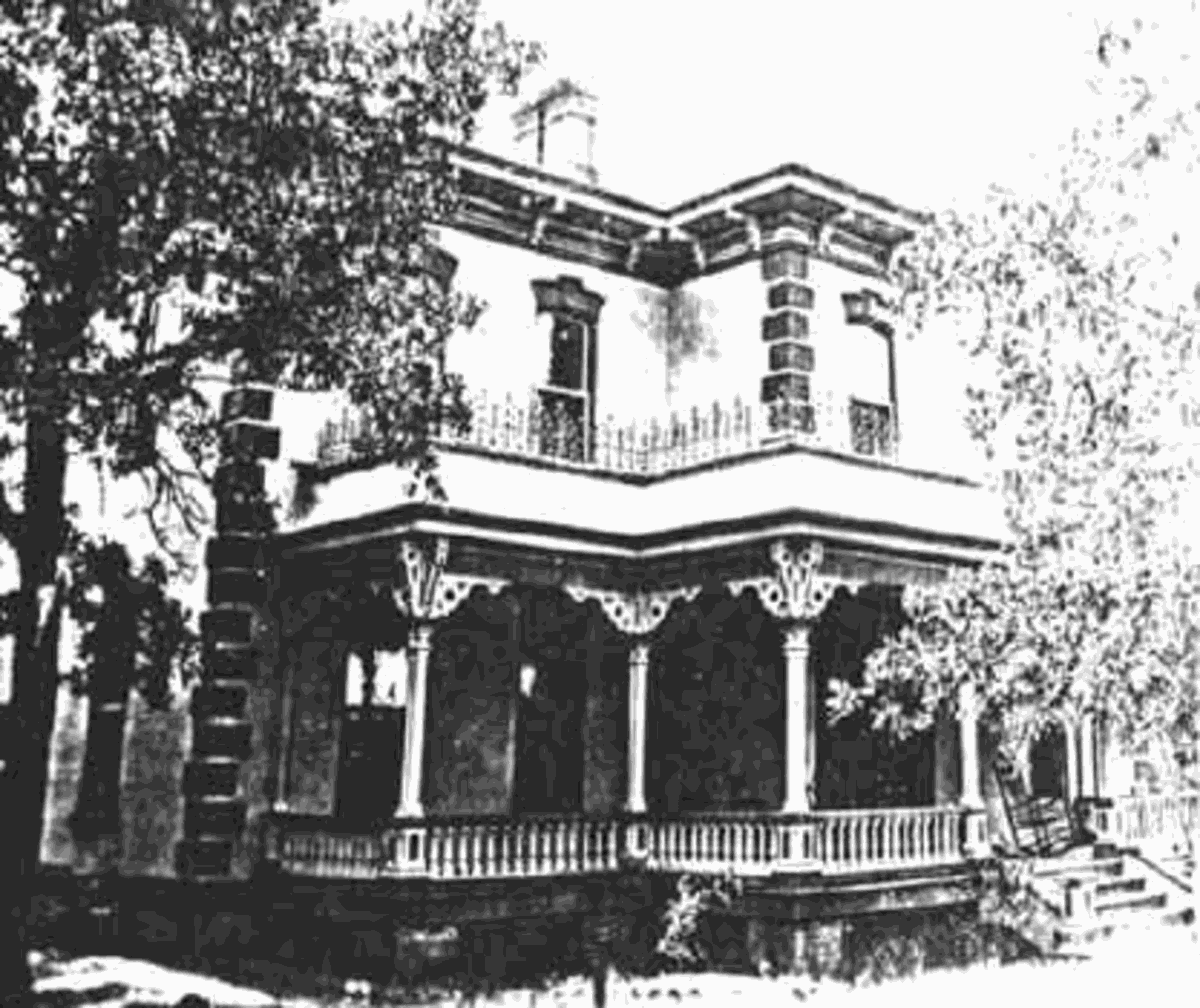 This photo shows the Scripture House as it was originally built in 1886 at 819 W. Oak St. in Denton. 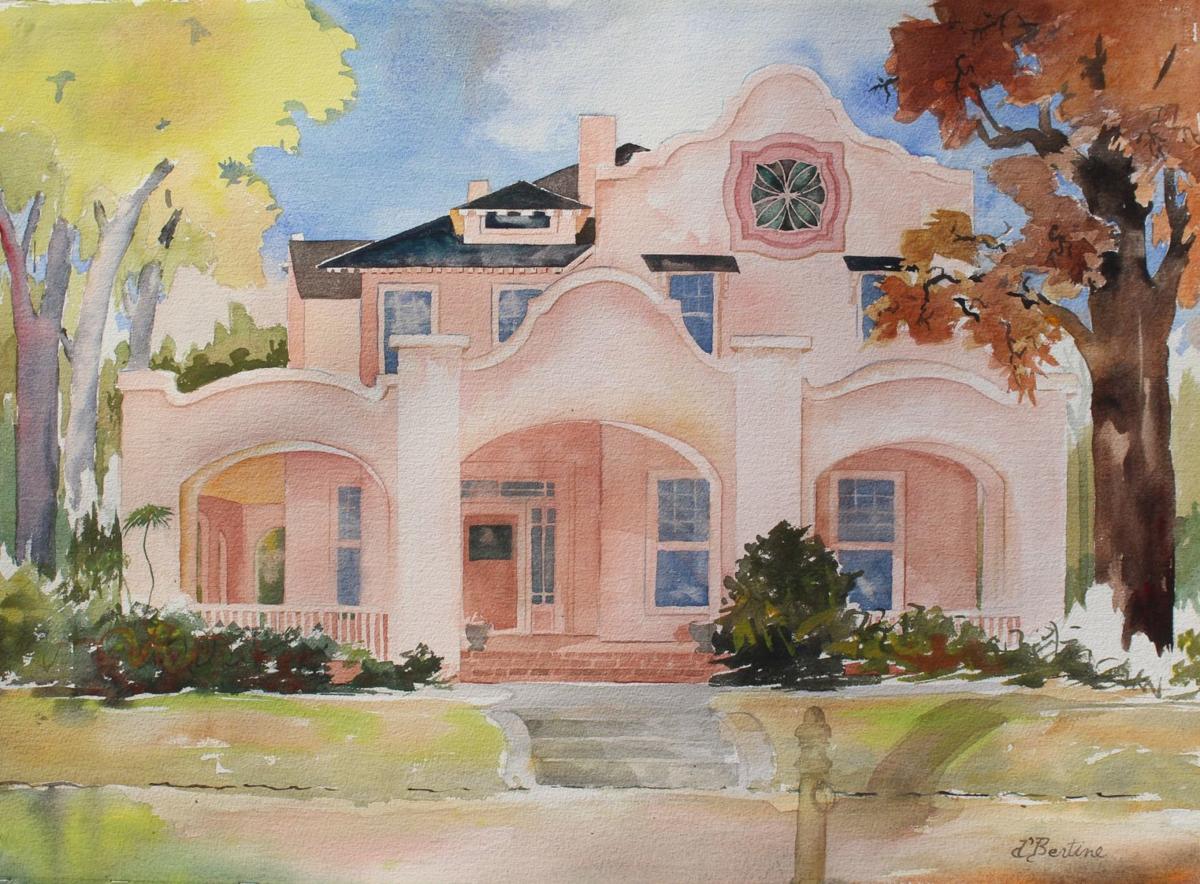 The Scripture House, as shown in this watercolor painting by Dorothy Bertine, was purchased in 1910 by M.B. Whitlock, who renovated the home into a mission-style structure.

One of Denton’s most iconic historic homes was extensively remodeled 25 years after it was built. The Scripture House, at 819 W. Oak St., was built in 1886 by Anne and Robert Scripture. Robert ran a dry goods store at the Scripture Building, built on Denton’s downtown Square in 1882, where present Dix Coney Island now sits.

The Scriptures built the Italianate-style house, characterized by a gently sloping roof, deep eaves, decorative brackets and brick. It was the first brick home with a tile roof on West Oak Street.

Anne purchased the lot on June 1, 1885, after marrying Robert, and before their daughter Lillian’s birth. To make the house fire proof, they used the same local kiln-fired bricks Robert used for his grocery store. The Scriptures sold the house to Robert Hann in 1890 and moved to Dallas by 1908 to live with relatives.

The Hann brothers owned a dry goods store on the south side of the Square. Robert’s wife, Mary, chartered the Ariel Club with 20 women in the house in 1891. Although Robert and his brother, John, clashed with the “syndicate” real estate group, they eventually joined it. The syndicate bought 240 acres, donating 10 acres to the Normal College, now the University of North Texas. They got the city to annex the land and they developed everything around the college. Robert and Mary Hann sold the house in 1910 after their son’s accidental death while trying to invent a Winchester shotgun safety device.

The third owners were Berry and Mary Bell Deavenport. Berry, the city treasurer for 26 years, owned an insurance agency and helped organize the Denton County National Bank. The Deavenports contracted with M.B. Whitlock to make extensive changes to the house. Whitlock also built the Graham house at 705 W. Oak St., the Normal College library, presently UNT’s Curry Hall, and the Denton County National Bank still standing on the east side of the Square.

Berry died in 1918. His funeral was private due to a family illness, but his interment at IOOF Cemetery included 25 honorary pallbearers. A year after her husband’s death, Mary moved to 822 W. Hickory St. to one of two cottages her husband built behind their house in 1916.