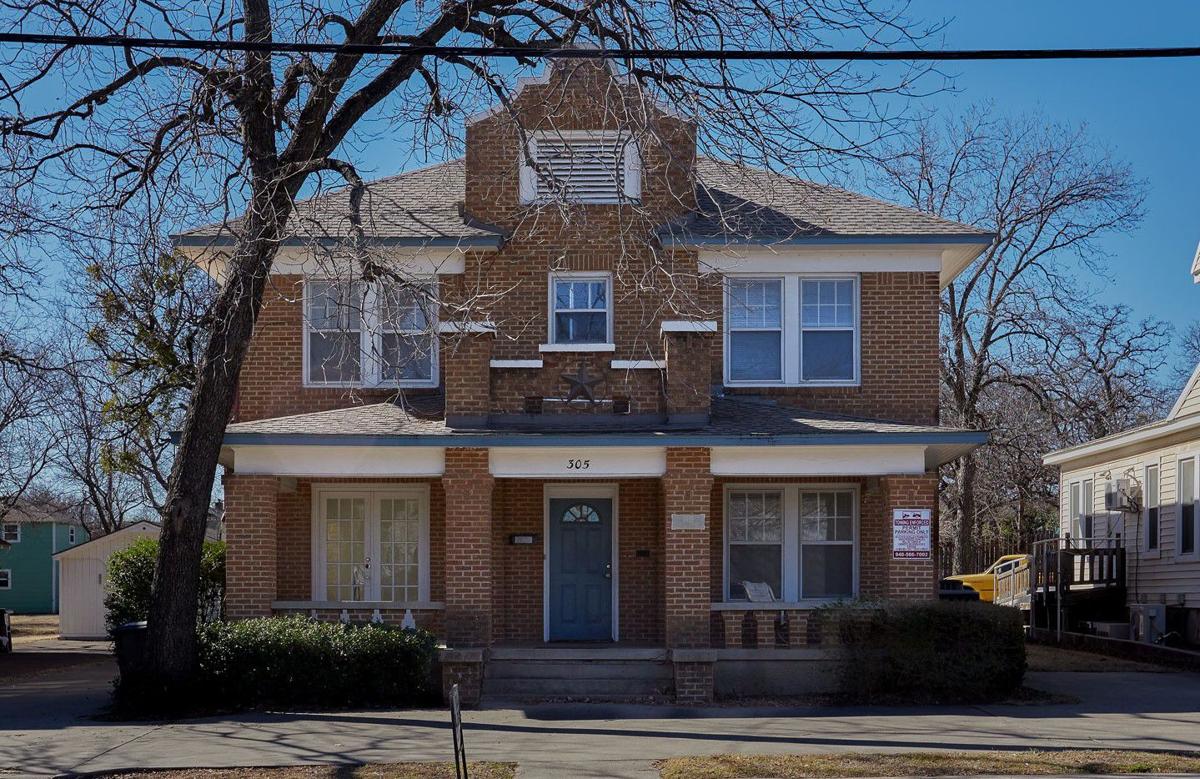 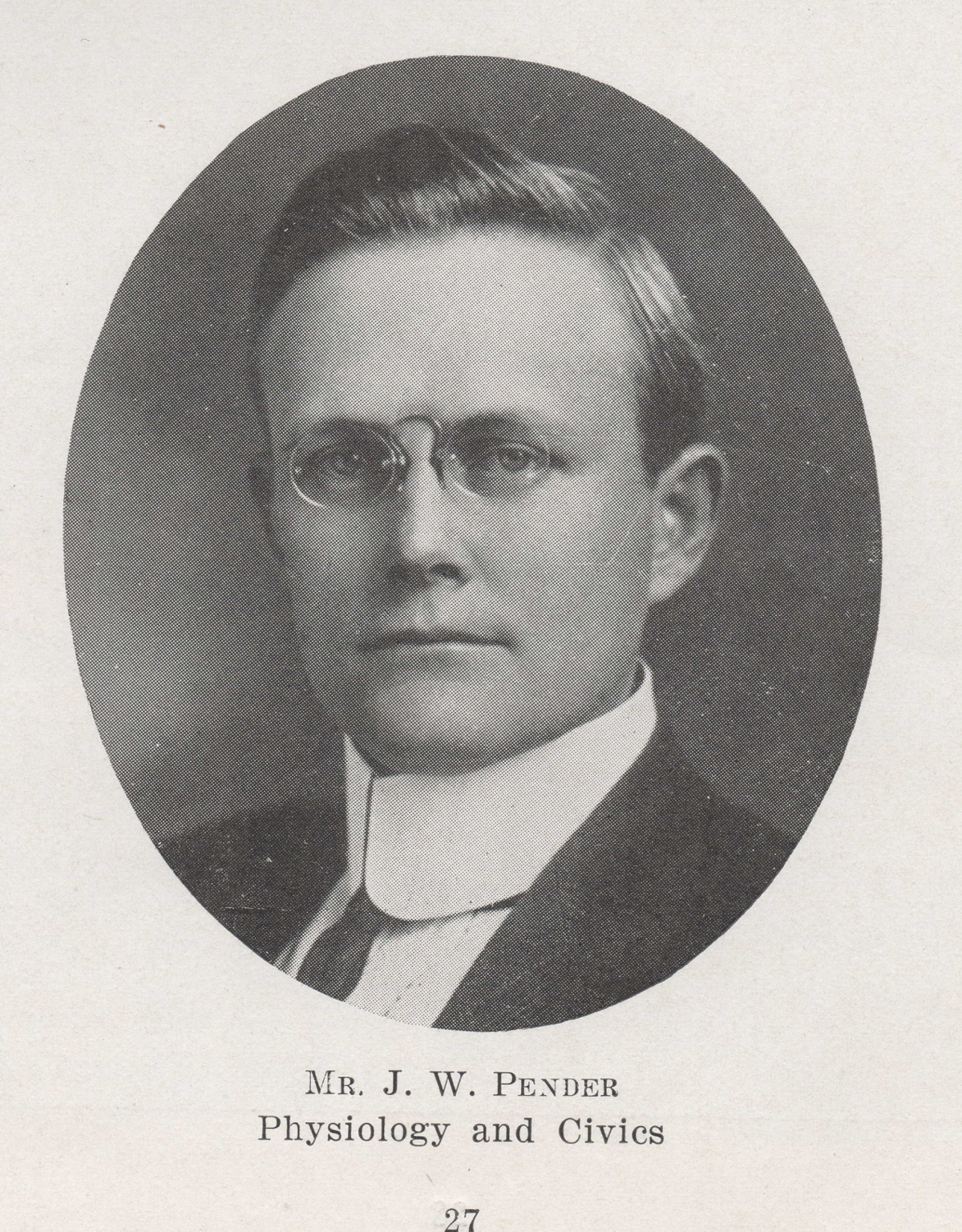 In a 1927 Campus Chat article, North Texas State Teacher’s College professor Joe “Dad” Pender said, “There is no task in this world more sacred than that of building a home.” Joe Pender is one of Denton’s few early residents whose home and business still exist.

Born in 1875 in Blossom, near Paris, Texas, Joseph William Pender completed his bachelor’s degree at Grayson College in Whitewright, Texas, and his master’s degree at Baylor University. Joe married Maude Hardison on June 24, 1900, in Paris, Texas. They had four children.

In 1913, NTSTC President William Bruce announced J.W. Pender of Paris, Texas, would join the faculty to head the newly created department of physiology and physical geography (political science). Before his appointment, Pender was the Paris High School principal.

Students who loved Pender’s deep, mellow voice nicknamed the popular teacher “Dad.” They were guaranteed at least one laugh per class. When he gave an assignment, he might say, “Don’t tell me at the end of the term that you hain’t read it.”

According to the UNT website, Pender directed the band from 1915 to 1921. He also coached the football, track, tennis and baseball teams, using athletes to clear a briar-filled pasture for a football field on what is now the library mall. He’s credited with starting UNT’s intercollegiate athletics.

Pender built his four-bedroom brick house at 305 Fry St. in 1926. Brick houses were important because they resisted fire.

Pender smoked cigars. Campus legend held that he didn’t have to buy cigars because students who were tardy had to buy him one, but he was just as likely to treat the whole class to cold Coca-Colas.

Prior to the 1970s, colleges acted in loco parentis, or in the place of parents. As the son of a Baptist preacher, “Dad” Pender believed in God first, home second and business third. He taught students to work hard, play hard, attend church and be a good sport in a time when teachers were encouraged to share personal values. Pender’s government lectures came with a side order of character, citizenship and patriotism.

He opposed women’s suffrage because he believed women held a higher place in the home than anyone did in politics. Maude Pender appeared frequently in local write-ups hosting women’s gatherings.

Pender was an ardent golfer, a member of the Kiwanis Club, Denton’s Chamber of Commerce and a 32nd-degree Mason. Two sons followed his footsteps to become teachers at Texas Tech and Dallas’ Sunset High School.

He retired at age 71 in 1946 after 34 years of college service. Joe and Maude Pender started a college book and sheet music store with a soda fountain. The business they sold in 1967 became Pender’s Music.

ANNETTA RAMSAY, Ph.D., is a licensed and nationally certified counselor who has lived and worked in Denton for many years. She can be reached at annetta.ramsay@gmail.com