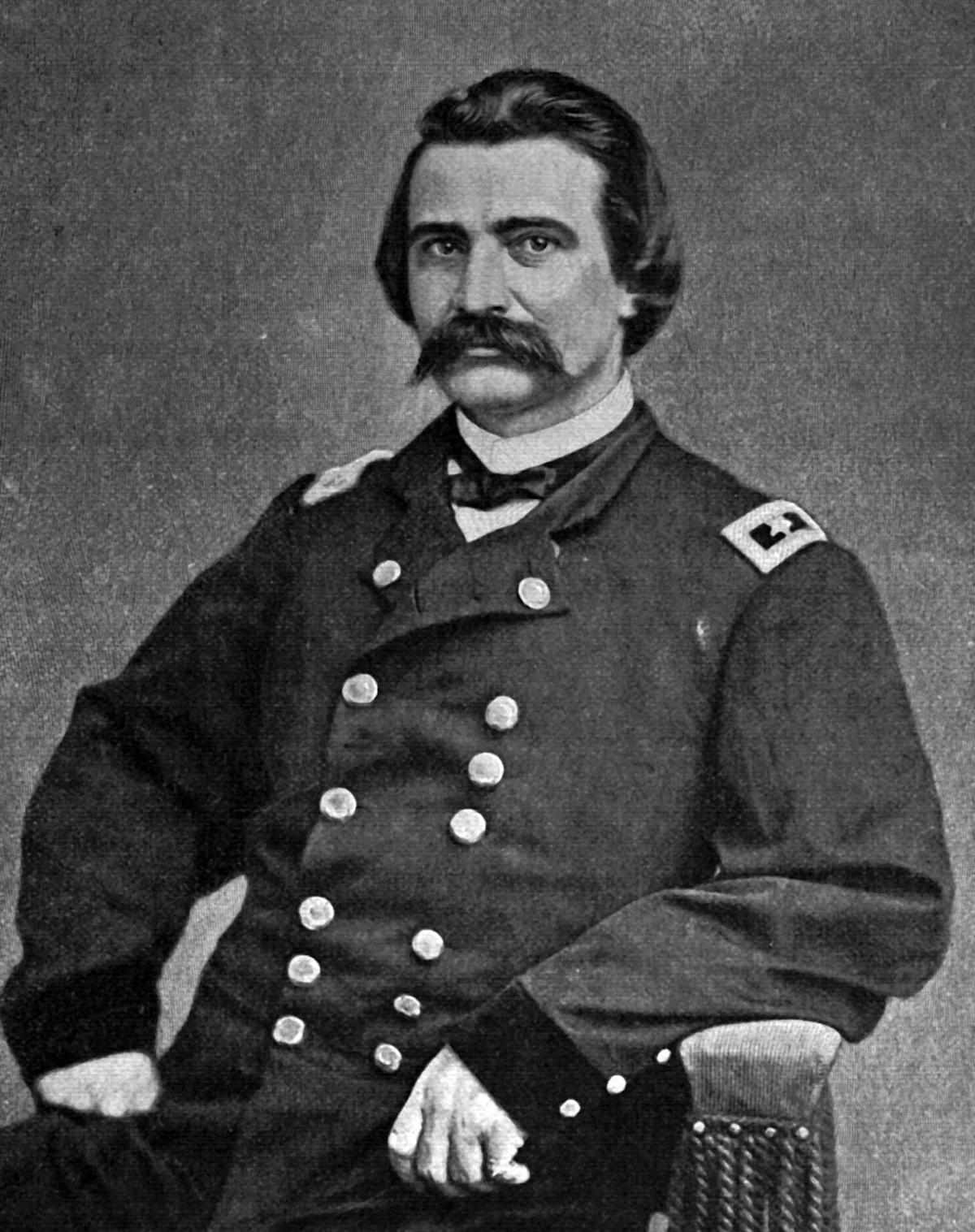 Union Army Maj. Gen. John A. Logan, shown in a 19th century photo, is known as the “Father of Memorial Day.”

Memorial Day is the unofficial start of summer for many Americans, but the last Monday of May honors fallen veterans. The origin of Memorial Day is a complicated debate.

The Civil War claimed at least 620,000 soldiers’ lives, the worst loss of life on U.S. soil, necessitating the first national cemeteries. The holiday first known as Decoration Day may have been an early attempt to heal the country’s war wounds.

At least 20 cities claim the first Decoration Day, but Waterloo, New York, received President Lyndon Johnson’s federal stamp in 1966. According to historian Richard Gardiner, co-author of The Genesis of the Memorial Day Holiday, Union veterans organized Waterloo’s 1868 celebration, although a retrospective newspaper article misprinted it as 1866, so it wasn’t the first.

Decoration Day likely began in the South because soldiers from both sides were buried where they fell. It spread to Northern states, with each side recognizing their own soldiers. Four women in Columbus, Mississippi, organized a March 1866 Decoration Day, putting flowers on Southern and Northern graves. Many historians consider Columbus’ inclusive celebration the earliest Decoration Day. The New-York Commercial Advertiser proclaimed: “Let this incident, touching and beautiful as it is, impart to our Washington authorities a lesson in conciliation, forbearance, and brotherly love.”

Victors get to tell history, and federal authorities did little to mend the conflict between North and South. In 1866, Union Army Gen. John Logan stated: “Traitors in the South have their gatherings day after day and strew garlands upon the graves of rebel soldiers.” Logan would go on to declare May 30, 1868, as Decoration Day, either because no major Civil War battles occurred on that date or because flowers were in bloom throughout the country.

Another twist in the Decoration Day debate came in 1996, when Yale researcher David Blight discovered evidence of an even earlier celebration. Newspaper clippings from The New-York Tribune and The Post and Courier described a May 1, 1865, celebration organized by freed slaves where the war began in Charleston, South Carolina. As the war ended, soldiers abandoned a prison camp at Charleston’s Washington Racecourse and Jockey Club, where 257 imprisoned Union soldiers died under the camp’s harsh conditions. Newly freed slaves and white missionaries converted a mass grave to a proper cemetery.

Blight’s book, Race and Reunion, chronicled the celebration that reportedly involved 10,000 people, featuring black Union regiments performing double-time marches, ministers preaching, flowers on graves and participants marching around the racetrack to honor the soldiers’ sacrifice. He believes the celebration, suppressed in local and national memory, was the earliest Decoration Day. Some scholars claim it was a cemetery dedication that doesn’t count because it wasn’t repeated.