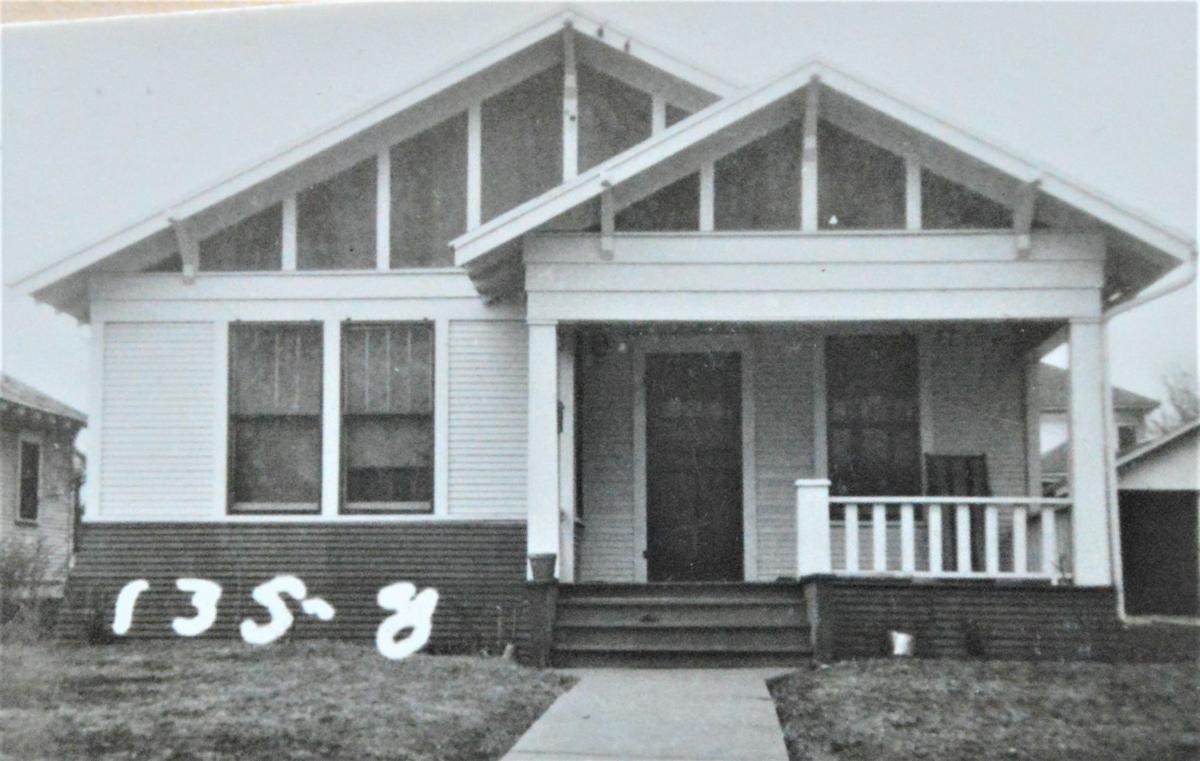 The McClendon house located at 405 Amarillo St. is shown from the 1946 city property tax records.

A family compound is a cluster of buildings with a common purpose, usually within an enclosure, like the well-known Kennedy family compound in Hyannis Port, Massachusetts. Denton has a type of family compound where family members build homes on the same street. In the 1920s, the McClendon family built a compound on Denton’s Amarillo Street.

Their oldest son, Ernest, married Annie Douglas in 1906, and they eventually moved to 116 N. Elm St. in Denton in 1918. Ernest’s 1918 draft card listed him as a 5-foot-11-inch-tall paint contractor with blue eyes. In 1919, the couple built a home at 409 Amarillo St. that appears to have been a rent property, because they apparently never lived in it.

Ernest’s three younger brothers moved to Denton by 1920. That summer, the brothers advertised in the Denton Record-Chronicle as painters and paper hangers. They did well because they began building houses next to each other. In addition to the house they built in 1919, Ernest and Martha built 405 Amarillo in 1920. Dewitt and Modena built 407 Amarillo that year using I.T. Naugle, the contractor who built Ernest’s houses. In 1923, Rufus and Louise built 401 Amarillo. Parents Richard and Cynthia built 918 Anderson in 1924 on the corner of Amarillo and Anderson Streets. William and Mary completed the family compound in 1925 at 411 Amarillo.

A 1925 Record-Chronicle advertisement by the McClendon Brothers offered 20% savings on paints, varnishes, enamels, window glass and wallpaper at their 420 N. Elm St. business. The McClendons joined forces with Ernest’s former employer, W.T. Morris, by 1928, urging customers to “buy paint from a paint store.”

Five of the six McClendon houses still stand, although 407 Amarillo was demolished in 2015. It was a mirror image of 405 Amarillo, which is being rehabbed and is listed as highly contributing to Denton’s new National Register of Historic Places. The parents’ house at 918 Anderson also contributes highly to the National Register District.

ANNETTA RAMSAY, Ph.D., has lived and worked in Denton for many years. Randy Hunt contributed research to this article.