A hearing about whether a temporary injunction should be issued against the Electric Reliability Council of Texas in Denton’s lawsuit against the organization is scheduled for April 26 in Travis County. 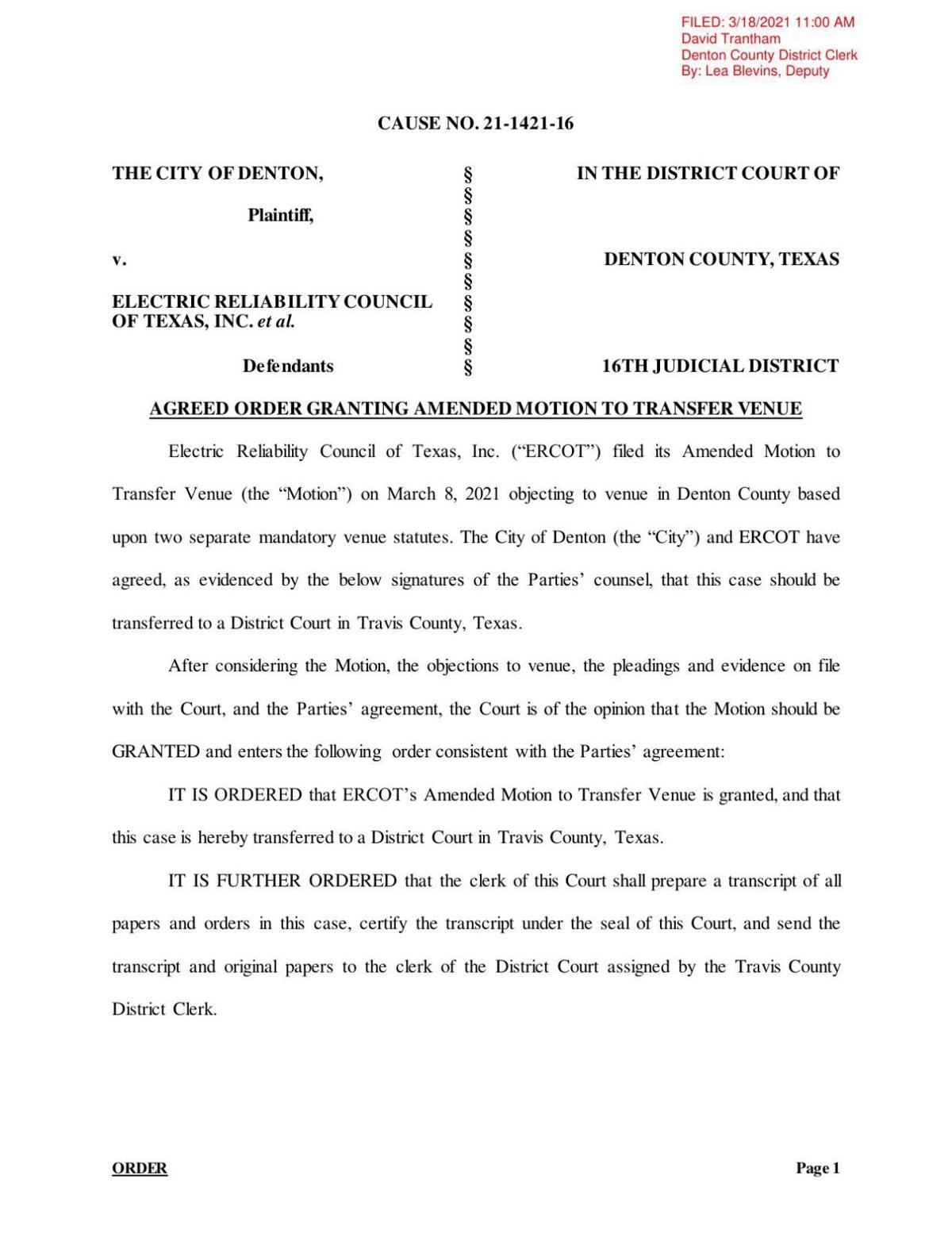 The temporary restraining order prohibits ERCOT from using the uplift mechanism by which it “spreads the cost” of municipalities unable to pay exorbitant energy bills onto other municipalities, including Denton. For example, a city unable to pay part or all of its energy bill to ERCOT because of the sky-high costs imposed during the weather event in February would have its debt pushed onto other cities. 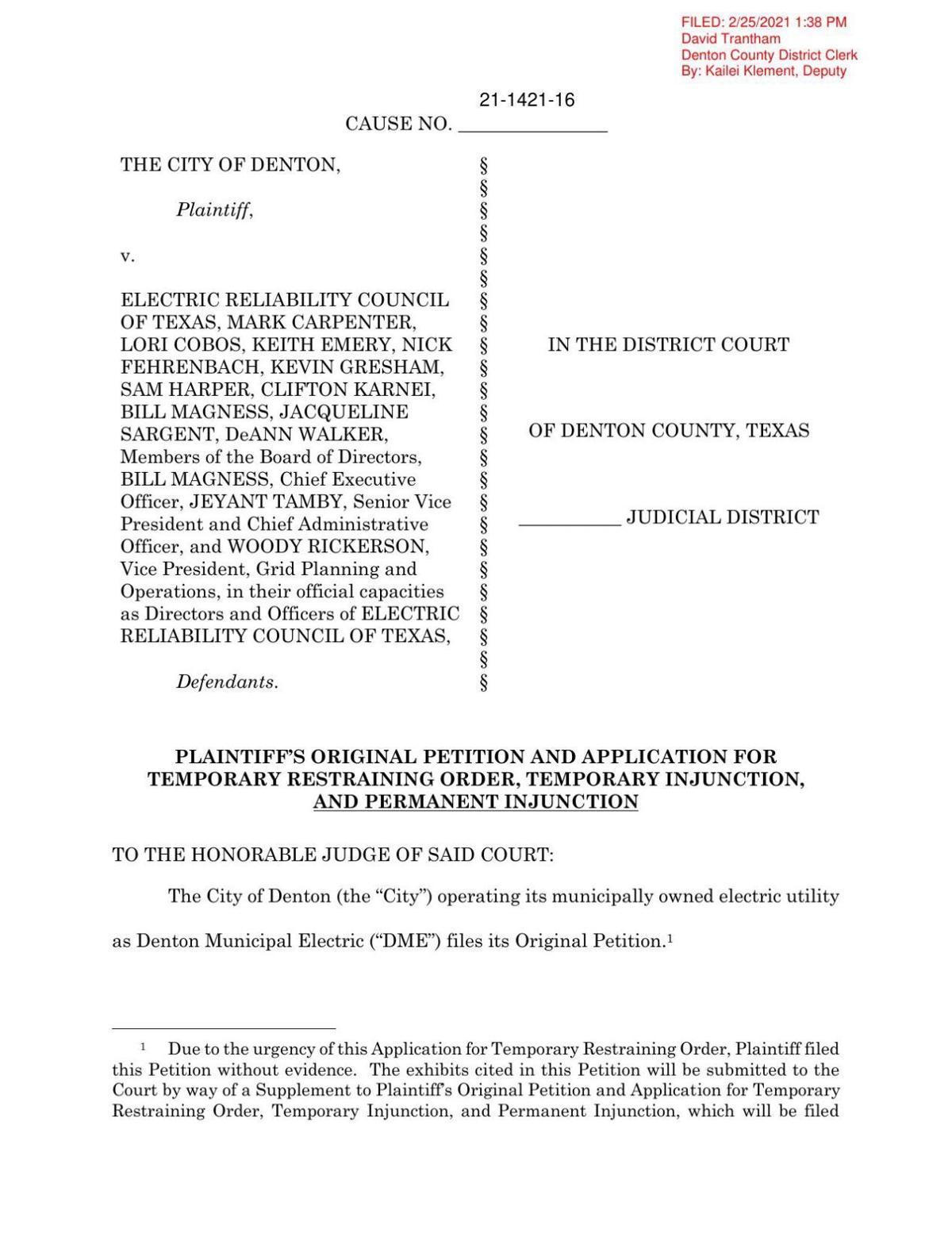 When a winter storm moved across Texas in mid-February, ERCOT nearly collapsed because of frozen power plants and record demand for electricity, according to published reports. To prevent that from happening, the agency mandated rotating power outages among its member cities, including Denton, where residents went without electricity anywhere from 30 minutes to over an hour intermittently Feb. 15-17 under ERCOT’s Energy Emergency Alert Level 3.

The hearing on April 26 in Travis County is set for 9 a.m.