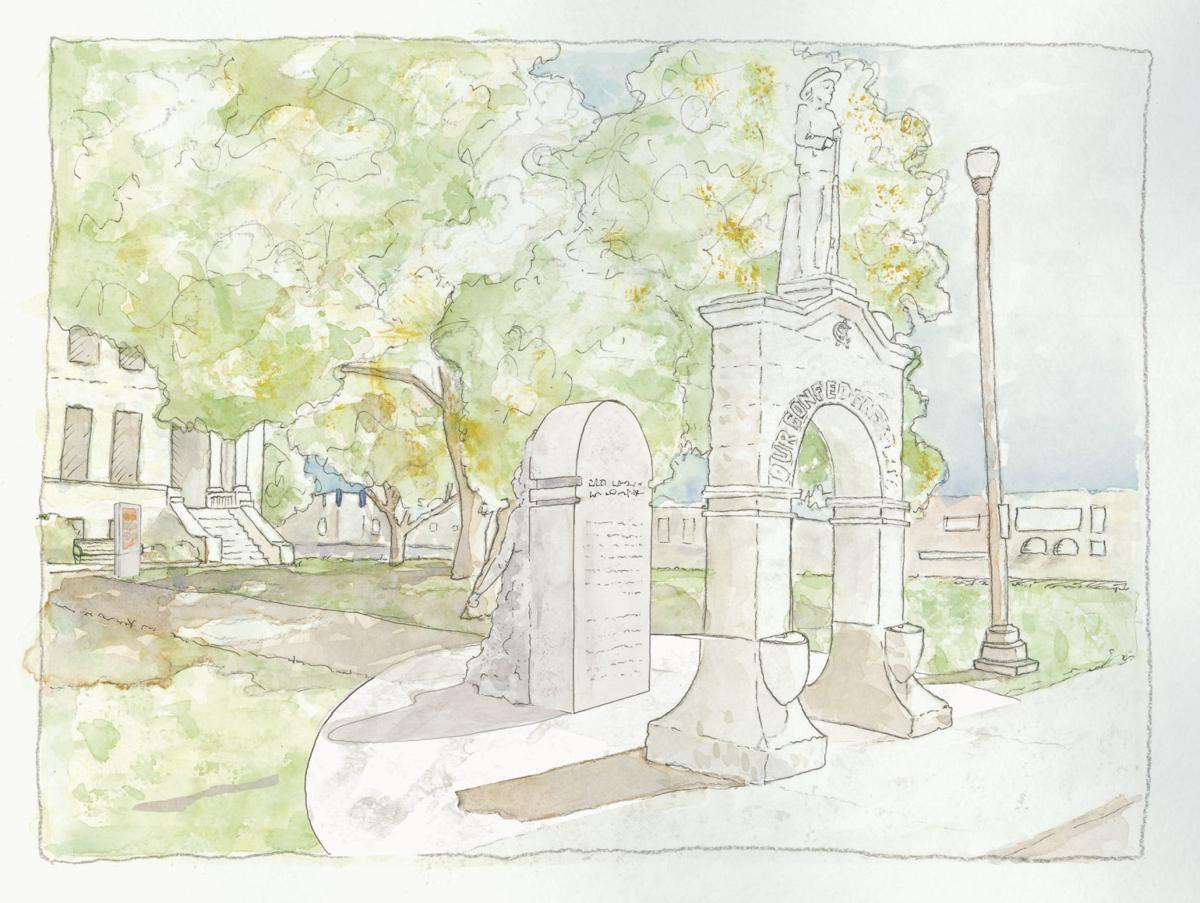 An artist’s rendering shows a concept for the Denton County Confederate soldier monument, based on the county’s plans and an advisory committee’s recommendations. 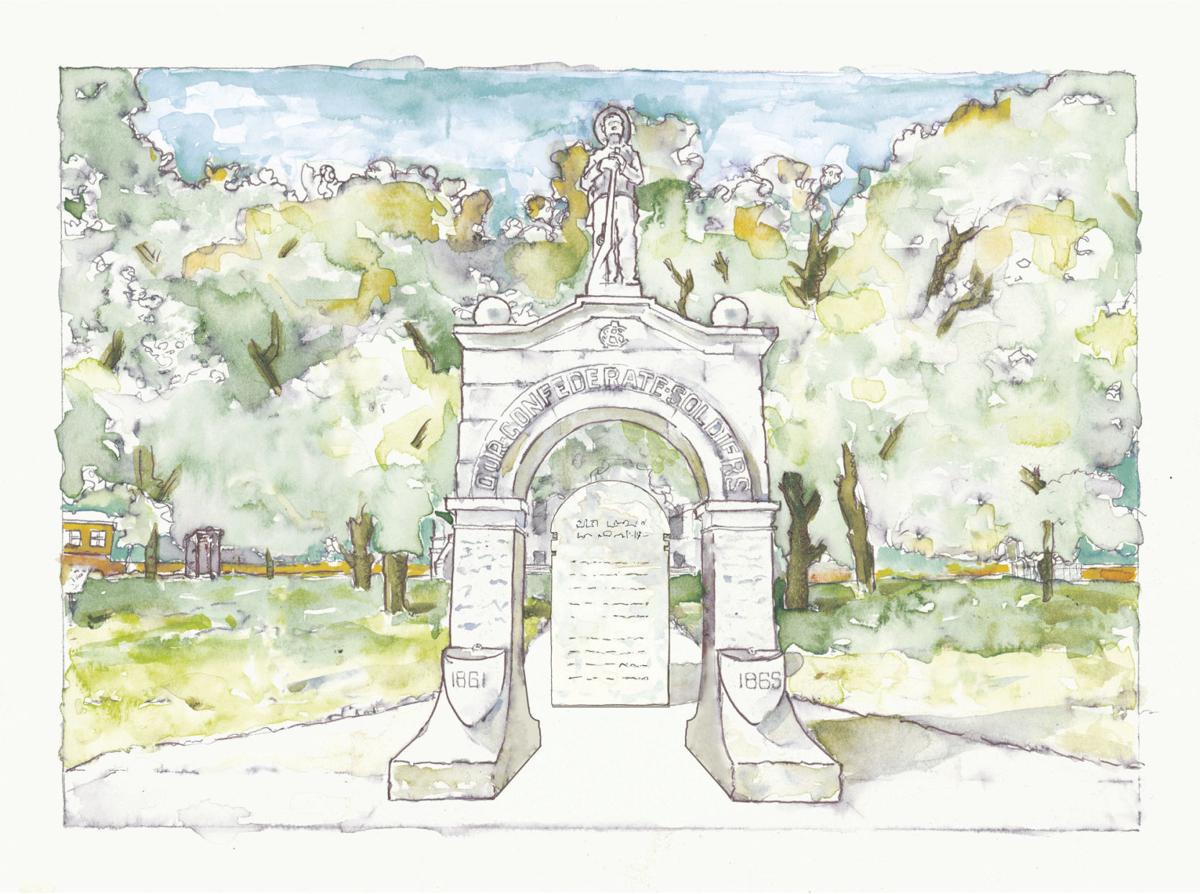 An artist’s rendering shows the front view in this concept for the Denton County Confederate soldier monument.

An artist’s rendering shows a concept for the Denton County Confederate soldier monument, based on the county’s plans and an advisory committee’s recommendations.

An artist’s rendering shows the front view in this concept for the Denton County Confederate soldier monument.

Denton County officials moved a little closer to telling a fuller story about the Confederate soldier monument that stands in downtown Denton and how it has affected people for decades.

County leaders unveiled for the first time on Tuesday the official plans to add a memorial honoring black history in Denton County and “denouncing slavery” to the monument. The county also plans to reconnect the monument’s two drinking fountains, which generations of people in Denton have said were segregated for the exclusive use of white people.

A committee appointed by the county commissioners recommended in February 2018 that the county should not remove the monument — which some in Denton still want to happen — and instead add missing historical context about the racism that hoisted the monument in 1918.

More than a year after the committee recommendation, county officials announced on Tuesday they’ve accepted the recommendation and will soon launch a national search for a sculptor and appoint a new committee to decide exactly what will be written on the new memorial.

Peggy Riddle, director of the county’s Office of History and Culture, said there will be a granite memorial with black history and more context about slavery and the Confederacy.

“It helps complete the story,” County Judge Andy Eads said. “There is a missing piece to this story.”

Informational kiosks will also be added. The sidewalks around the monuments will have to be widened, Riddle said.

She said the water fountains will be turned on again.

But the struggle over the Confederate statue’s role in race relations in Denton County is not over. Some residents still want the statue to be toppled or moved inside a museum.

“I don’t think this is the way to go forward,” said Phyllis Minton, calling the monument, no matter the additional context, disrespectful.

One woman who showed up to the commissioners’ meeting Tuesday to speak about the issue called the statue an “embarrassment” to Denton. Others say its presence in downtown still emboldens people who believe in white supremacist ideals.

The nation is still recovering from fresh wounds after a white man drove from Allen to El Paso to kill Hispanic people with an AK-47 rifle. Authorities say he posted a “manifesto” that talked about an “invasion” of Mexican immigrants.

While the county intends on adding context about the role the Confederacy played in fighting to preserve slavery, some want the new committee to think about current events and the nation’s future as they decide what words should appear on the memorial.

“We live in a dangerous time right now, where a growing minority of people look to institutions like this to validate radicalized hate,” said Mat Pruneda, who is running as a Democrat against U.S. Rep. Michael Burgess, R-Pilot Point. “I think if we give true historical context to what happened and was done in the past, we can tamp that down.”

Pruneda and others criticized certain aspects of the new plan, but all of the nearly a dozen people who spoke during Tuesday’s meeting said they were thankful the county is finally moving to address the issue.

“America has fallen quite a few times in its history,” said John Baines, who was the chairman of the committee that recommended the additions in 2018. “But I believe today we are trying to get up.”