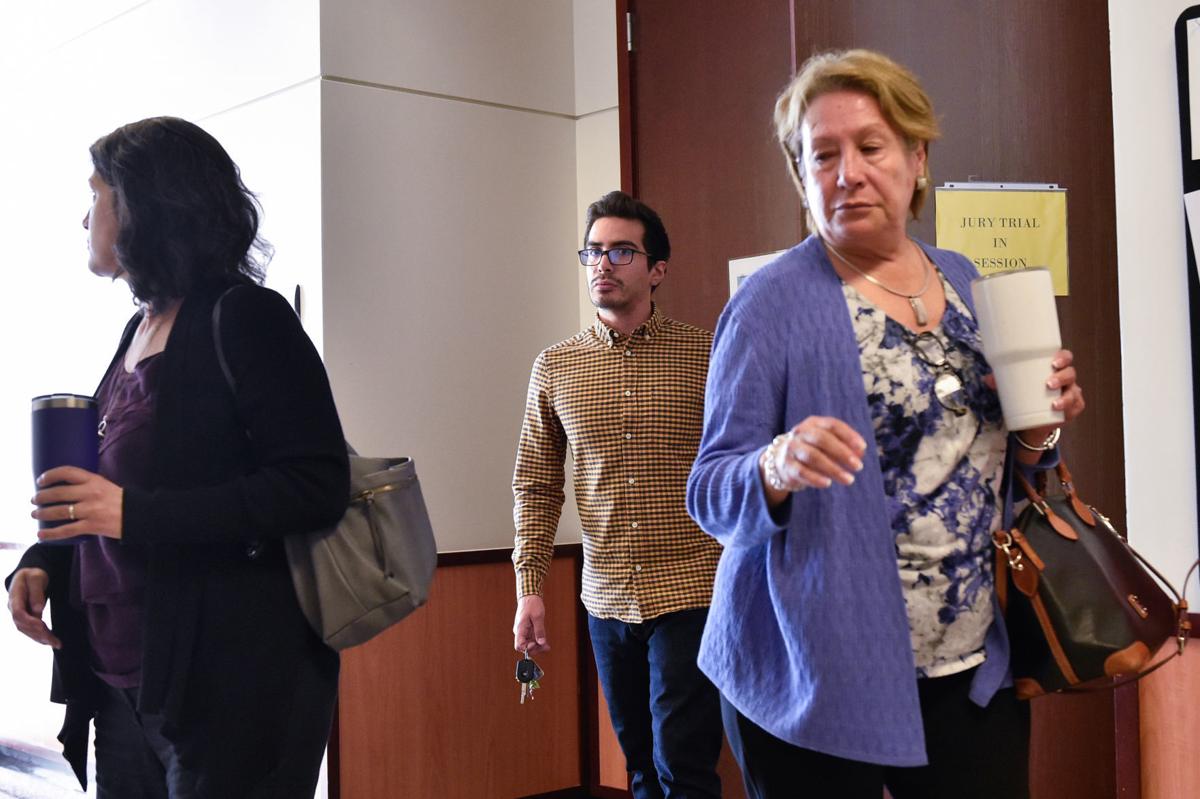 Family members of Anjanette Harris, including her mother, Mirtha Hanks (right) exit Denton County’s 431st District Court after Daniel Greco was sentenced to life in Texas prison without parole for killing Harris and her unborn child in 2016 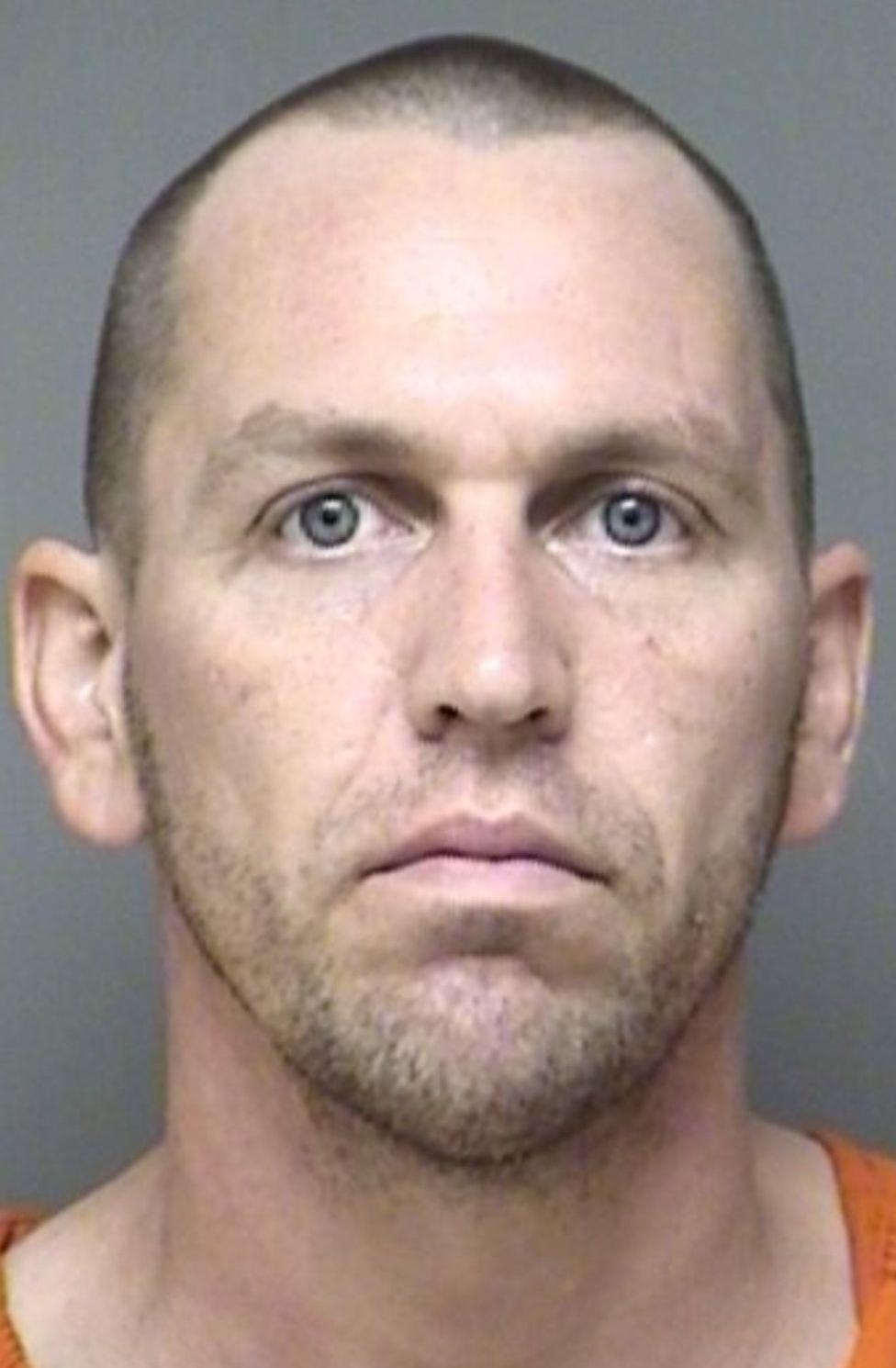 Daniel Greco was spared from the death penalty on Tuesday and sentenced to life in prison without the possibility of parole, bringing a close to his capital murder trial that began more than two weeks ago.

Jurors in the case decided Greco did not pose a violent threat to other inmates in the Texas prison system, despite having convicted him of capital murder last week for strangling to death Anjanette Harris, thus also killing her and Greco’s unborn child, in March 2016.

By rejecting the death penalty, the jury blocked the Denton County District Attorney’s Office from exercising the state’s maximum power in executing Greco. The district attorney’s office had sought from the beginning of the case to put Greco to death, a punishment it had not sought in any case since 2011. According to the Texas Coalition to Abolish the Death Penalty, this jury was the second in Texas to reject the death penalty this year.

As the verdict was read inside Denton County 431st District Court on Tuesday afternoon, attorney Derek Adame patted fellow defense attorney Caroline Simone on her back. After failing to persuade the jury to convict Greco of manslaughter or negligent homicide, they rebounded and together successfully convinced the jury what the prosecutors were saying — that Greco is “evil” and will kill again — is not true and that despite having murdered Harris, Greco showed no signs he wanted to keep hurting people.

In March 2016, Greco told a Texas Ranger that he intentionally strangled Harris to death and dumped her naked and pregnant body while he was high on cocaine and the antidepressant Klonopin. Greco said knew Harris was pregnant, didn’t call 911 once he killed her and planned to destroy all the evidence. The video recording of his confession was played for the jury.

After the jury convicted Greco of capital murder, the struggle to frame him as either a monster or a person who made a devastating mistake began.

Relying mostly on snippets of letters from his time in the Denton County Jail, prosecutors tried convincing the jury that Greco was not remorseful for what he’d done to Harris. In one letter to his mother, Greco said he deserved only 20 years in prison. In letters to at least six women — two of whom said “it could have been me” Greco killed instead of Harris — Greco wrote sexually explicit notes, which prosecutors presented to suggest that Greco had moved on from what he did to Harris. And they said Greco would try to smoke synthetic marijuana or do other drugs while in prison.

To Greco’s rescue came a report from a county jail sergeant, who said that during Greco’s three-plus years in the jail since his initial arrest, he not once had any disciplinary issues. There was one complaint in which an inmate said Greco threatened to kill him, but that complaint was declared to be unfounded. One former inmate (and a former client of Adame’s) told jurors Greco was somebody to look up to in jail and stayed clear of trouble.

Multiple women, including some in the letters presented by the state, testified in court that they still believed Greco was a good person despite his grievous and deadly mistake.

“You took away the chance for me to see my grandbaby grow up,” Hanks told Greco.

In their closing arguments, Denton County prosecutors Lindsey Sheguit and Michael Graves tried to convince jurors that Greco had “evil” inside of him and that as he spends the rest of his days in Texas prison, he will injure or kill someone again.

“What is worse than killing a child? What is worse that killing your own child?” Sheguit said. “Believe him when he shows you who he [was] on March 6,” referring to the date when Harris’ body was found.

Adame and Simone, advocating for the “life penalty,” told jurors the death penalty is reserved for more insidious killers and not ones like Greco, they said, who got too intoxicated on drugs and killed someone.

“This man is being judged for the worst moment, the worst decision of his life,” Simone said.