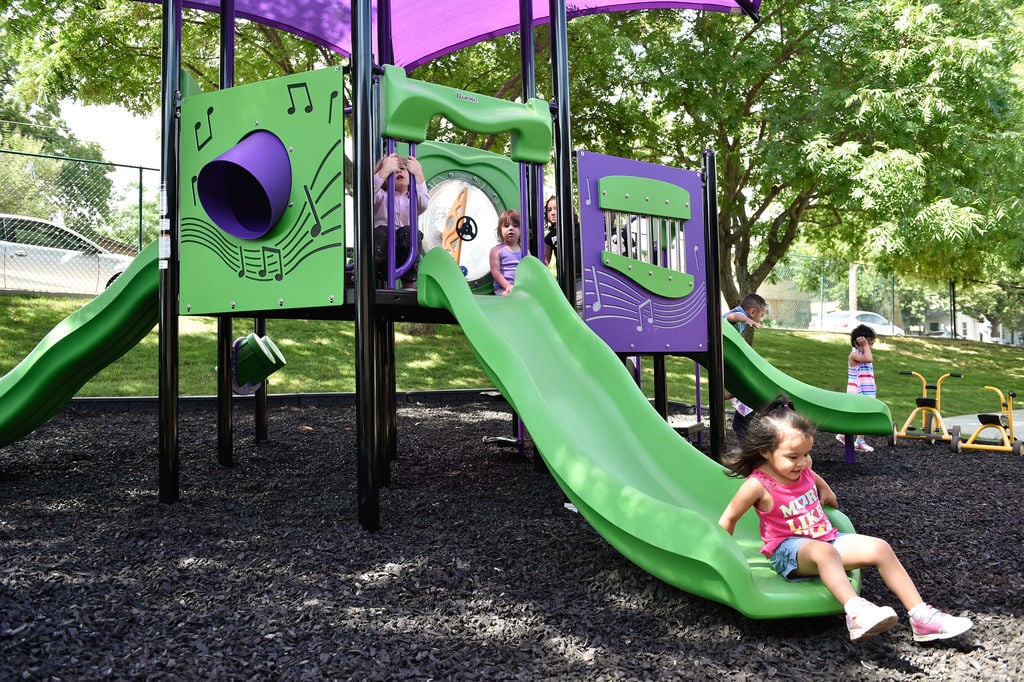 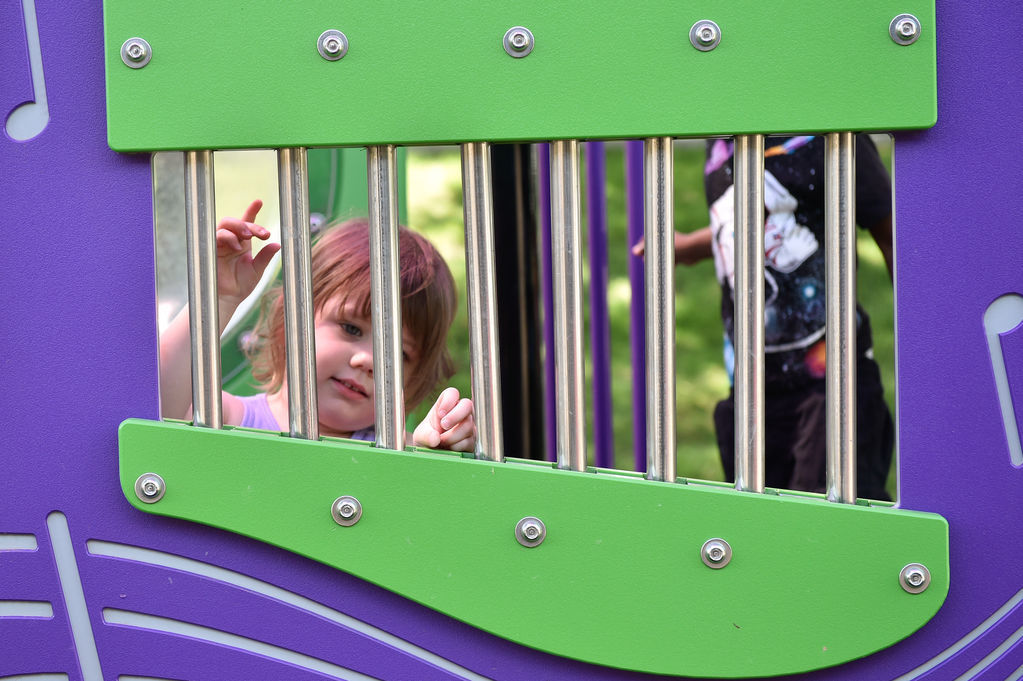 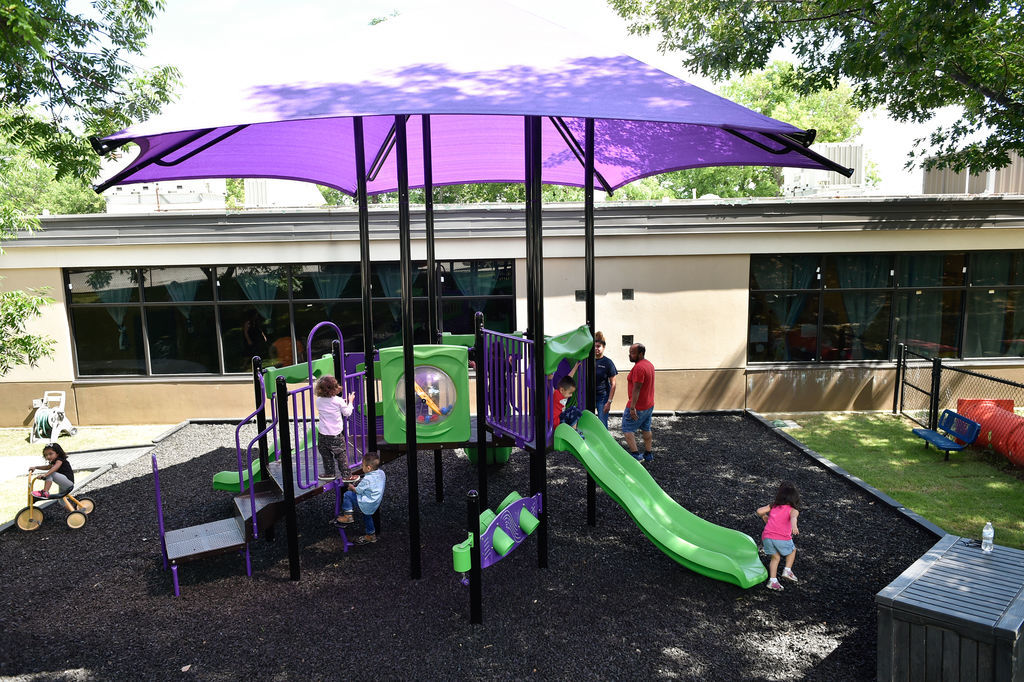 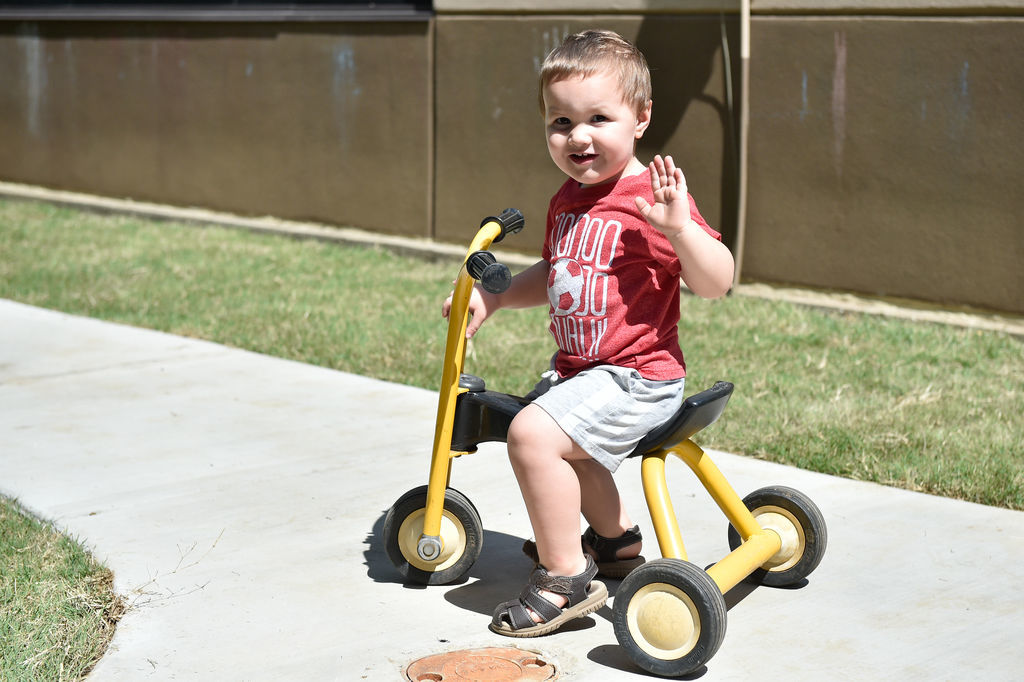 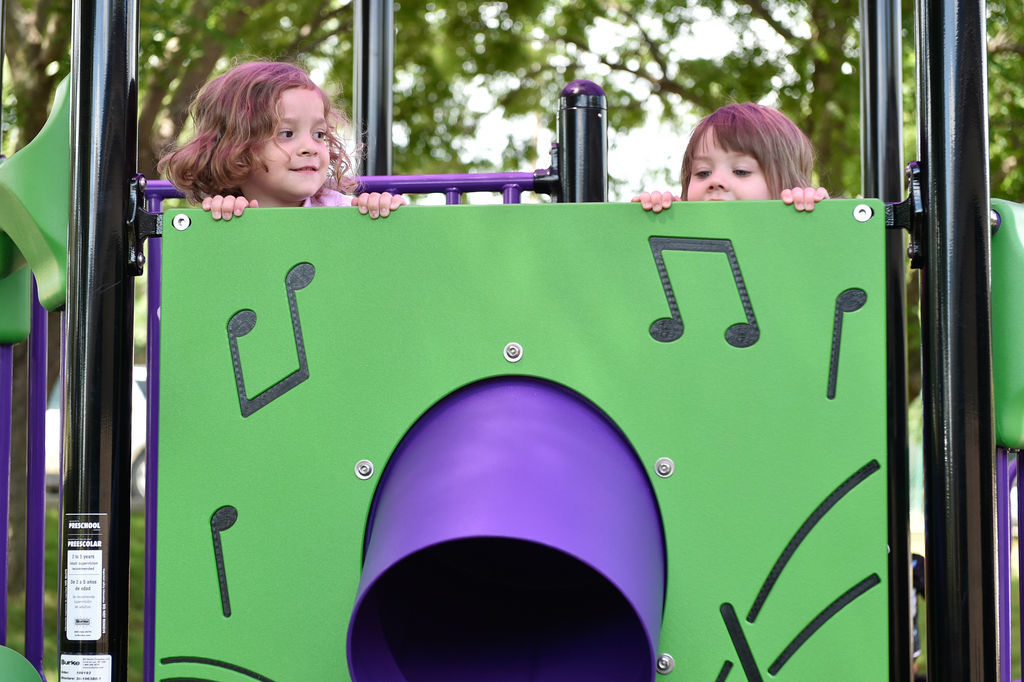 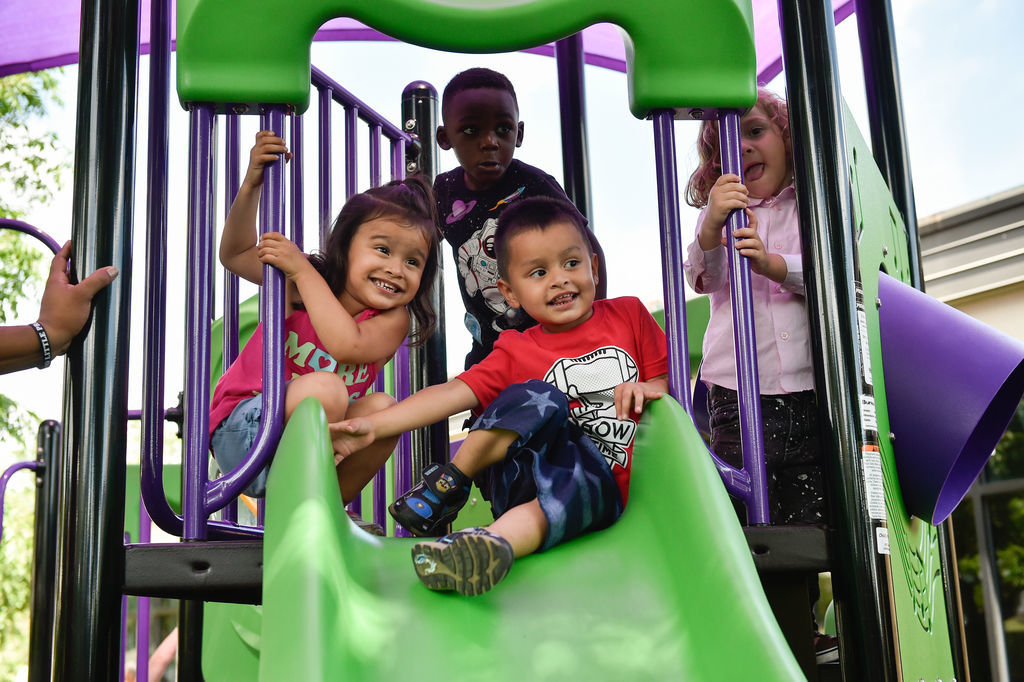 Children have fun on a new play area at Fred Moore Day Nursery School. The equipment is the flashiest of the improvements from a 2015 Community Development Block Grant. The child care center serves low-income families through programs for children six weeks to 3 years old. 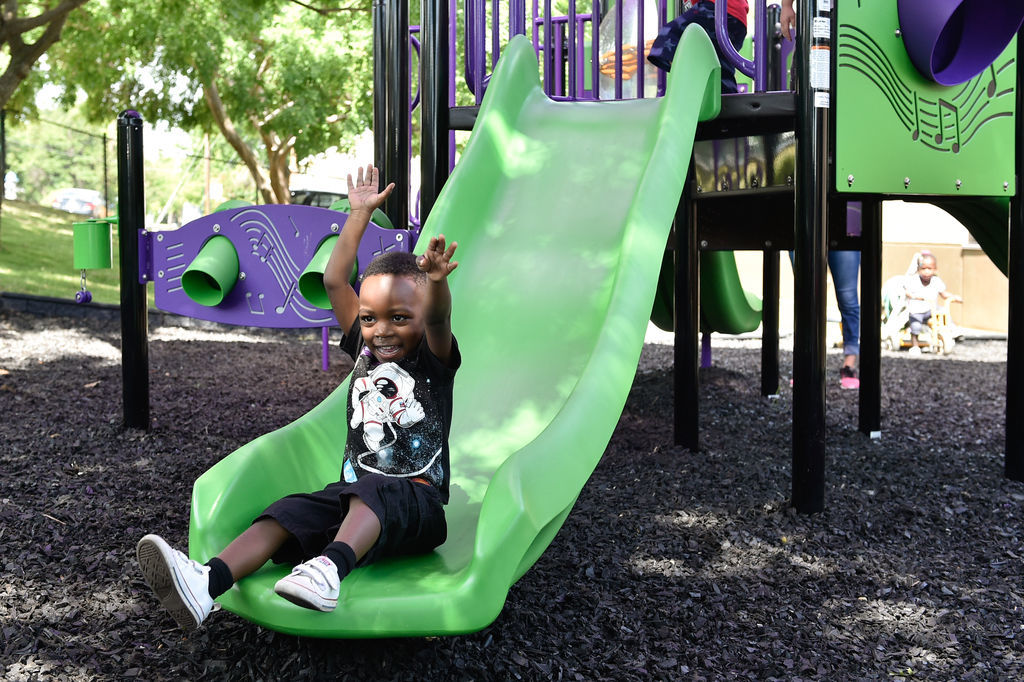 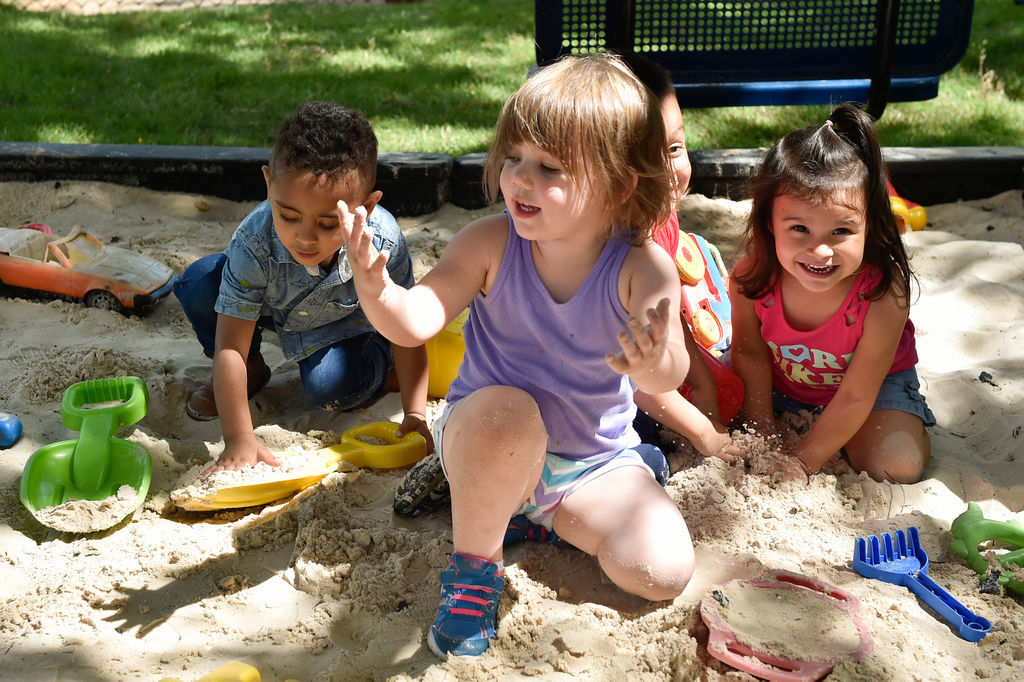 Children have fun on a newly built play area at Fred Moore Day Nursery School, which was funded by a $108,927 grant.

A bright new play structure stands on the south side of the school grounds, under a giant purple umbrella.

The new playground equipment is the flashiest of the improvements made with the $108,927 grant, Padilla said, but the money stretched further than that.

“The grant allowed us to fix existing fencing and add self-latching gates and a keyless entry around the school,” she said. “And it went toward building a playground on the north and south sides of the school.”

“On the south side of the building, there wasn’t a playground at all, just some picnic tables and some plastic features,” she said. “And on the north side, there was a wood play structure that had gotten old. There was no shade, either, on the south side.”

Padilla said the grant included sod, a welcome change from the dirt that would wash toward the building when the rains came. Work crews built a tricycle path, a sandbox and installed the new play structure. Around the play structure, the center added rubber mulch made from tires for ground cover.

“It was so cute,” Padilla said. “When they were working on the playground, all the kids were lined up at the window, watching.”

By law, the children have to go outdoors twice a day. In the hot summer months, Padilla said the trips to the playground were short thanks to heat and glare.

“Now they come out here for 45 minutes in the morning and the afternoon,” she said.

The play structure is bright green under the purple shade. There are three slides, climbing features and a platform. The play areas have chimes, drums and a clear acrylic bubble with a propeller inside that whirs when a child twists a steering wheel.

The verdict on the improvements came fast.

The Fred Moore Day Nursery School is seeking sponsors for children it serves. Donors can sponsor a child according to age and time.