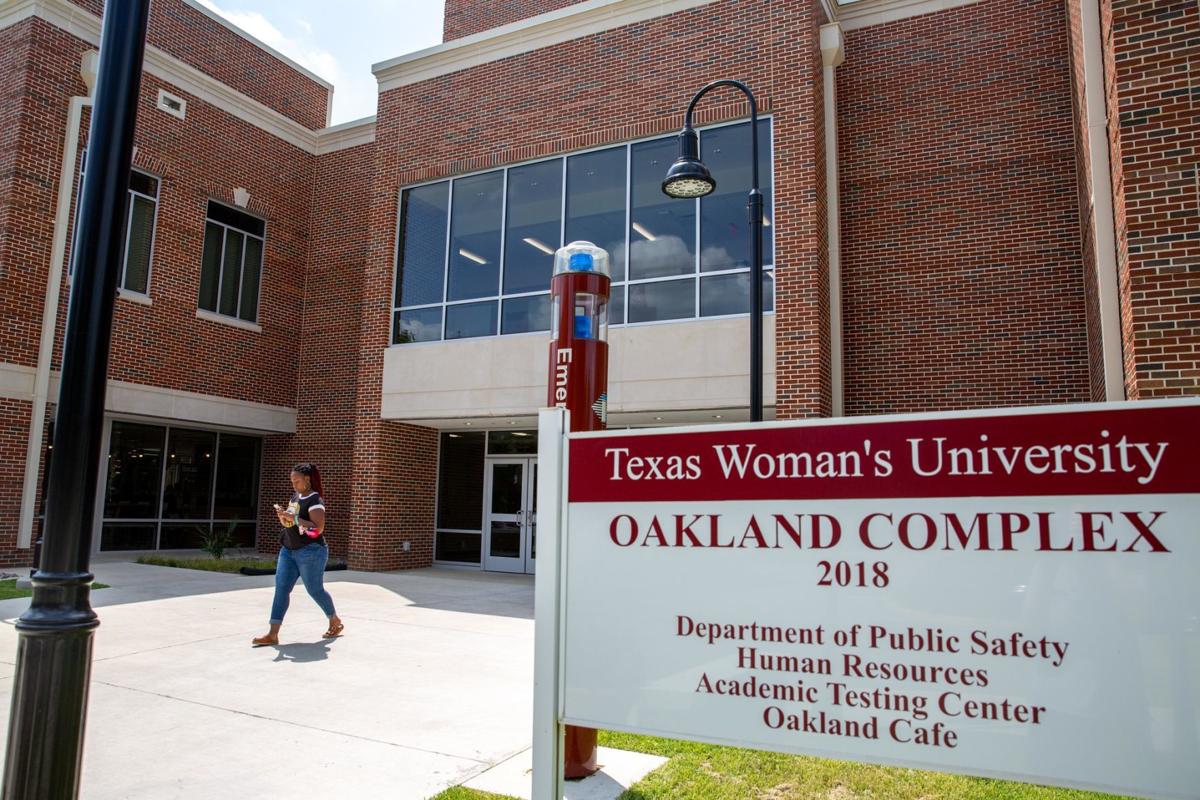 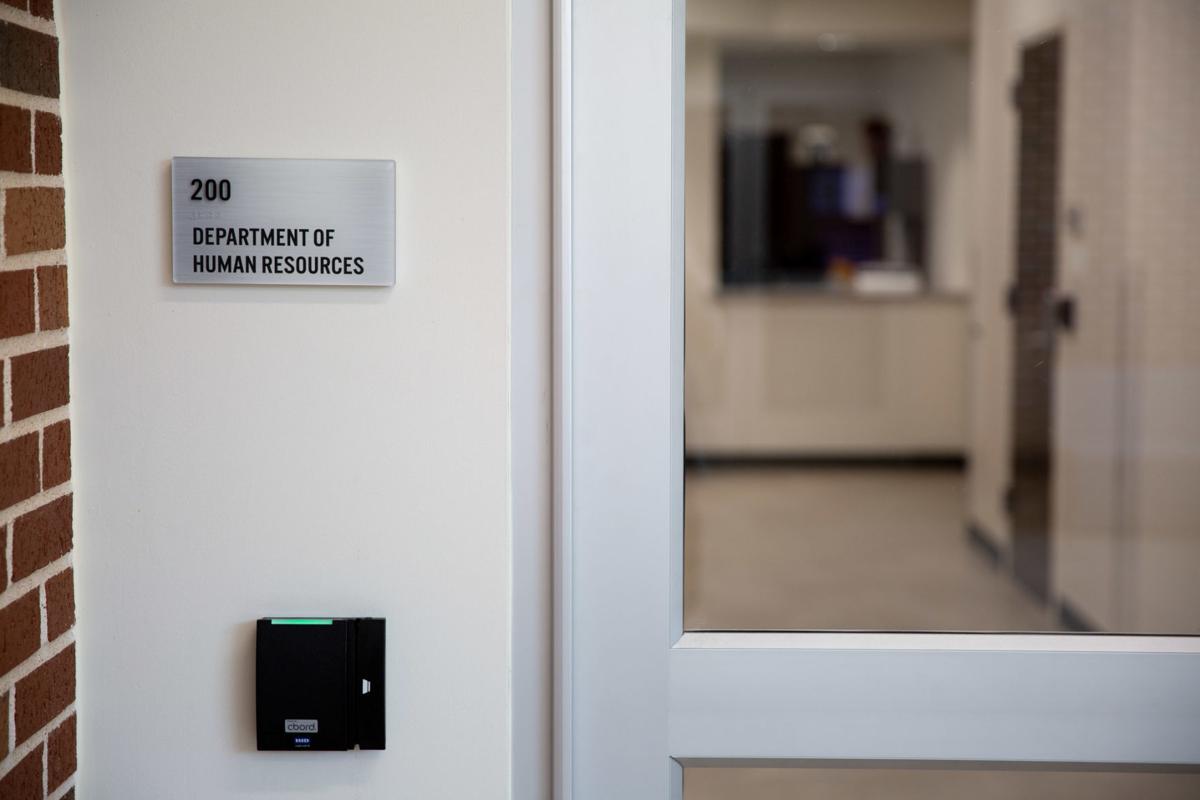 A door leads to the human resources office at Texas Woman’s University.

All told, about 17,000 people work for education, city, county, state and federal government agencies in Denton.

In salute of Labor Day, the Denton Record-Chronicle gathered up the staff rosters of most major government employers in Denton — the city, the county, the schools and transit agencies.

Feed your own curiosity (and plot your next salary negotiation) by seeing how your pay compares with your co-workers and your peers across the city in our searchable databases online.

We crunched the numbers, too. We broke out the top 10 lists for all of the rosters. And here’s what else we learned from the data:

The top wages reflect, in part, the increasing professionalism of government work. Some jobs require a bachelor’s or master’s degree in public administration, business, criminal justice, law or similar discipline. Other jobs require highly specialized training and certificates, such as driving heavy equipment or working in information technology and public utilities.

For the most part, median salaries are higher than the average Denton resident’s income of $24,128, and sometimes higher than the Denton median household income of $52,164. Some of the highest median salaries include the $82,000 median for Denton County Transportation Authority employees at the corporate office, as well as the $37,500 median for the rank and file of its subsidiary, North Texas Mobility Corporation — most of them bus drivers in Denton.

At the University of North Texas, 561 people make six figures. The average pay for all employees comes to $53,359. That average includes student workers, some of whom earned only $50 last year, as well as adjunct faculty, who typically make a few thousand dollars each year. When isolating only full-time employees at the university, the average salary jumps to $63,488.

At Denton ISD, nearly 60 employees earn more than $100,000. The district offers $54,300 to first-year teachers, librarians and nurses for the current school year. Even accounting for the hundreds of part-time employees in the district, the average pay is $54,200.

Despite the published offer from the district, roughly 600 teachers in various subjects make less than $54,000, with one special education teacher making $45,224.

Some of the salary gains also can be attributed to the hard work of public employees’ unions. Police, firefighters and bus drivers conduct their own contract negotiations locally. Other unions represent the interests of teachers and state employees in Austin, where they lobby the Texas Legislature for budgets that include pay raises. And to help that effort, hundreds of local public employees, particularly area teachers, are union members, union officials said.

Few women are among those top earners

Men dominated the list of top earners among those largest government employers, with some exceptions.

At DCTA, seven of the top 10 earners are women. The salary for Deputy CEO Kristina Holcomb – the second-highest-paid employee — is 30 percent less than that of DCTA President Raymond Suarez, who earns $250,000 annually.

Beck leads the top 10 earners among directors. Only one other woman, Joana Macsas, the county’s budget director, is on that list. She makes about $138,403 a year, making her the sixth-best-paid director. The other eight are men.

There are, however, six women among the 10 lowest-paid directors. Roslyn Shelton, the assistant director of the county’s Office of History and Culture, ranks lowest, earning about $67,239 a year.

UNT has only one woman in its top 10 earners: Jennifer Cowley, the university provost, who makes $351,422 annually. Her salary ranks sixth. The next woman in top salaries just missed the top 10 and ranks 11th – Marilyn Wiley, the senior associate dean of the G. Brint Ryan College of Business.

Denton State Supported Living Center lists two women among its top 10 earners, all of whom are either staff physicians or psychiatrists.

Only one woman stands among the top 10 earners at Denton City Hall: Sara Hensley, the city’s newest assistant city manager, who came to Denton from Austin.

The widest gaps are in the state-funded institutions, from Seth Littrell’s million-dollar coaching contract with UNT to the university’s custodians, who make anywhere from $17,575 to $34,239 annually.

Next year, the Denton City Council agreed to fund a 3% raise for all employees and to raise the minimum wage for the lowest paid full-time and part-time employees to $15 an hour.

But they balked at raising the bar to $20 an hour, which would have cost about $1.1 million annually to raise the floor for about 200 employees. By way of comparison, the annual cost of the city’s 10 highest-paid employees is more than $2 million annually.

The $15 minimum wage affects only a handful of regular employees and is expected to cost the city about $21,000 per year. By way of comparison, the 3% pay raise for the 10 highest-paid employees will cost another $60,000 annually.

The median salary at the Denton State Supported Living Center comes to $34,200. However, the center employs more than 1,000 food service, custodial, grounds, laundry and direct care workers at an annual pay below that level.

Some doctors, psychiatrists, dentists, pharmacists, nurses and therapists working at the center earn nearly 10 times the pay of the direct care professionals.

These gaps don’t include the seasonal and part-time pay of people hired at all levels of government work, from adjunct professors teaching graduate classes at UNT and TWU to the part-time lifeguards at city pools.

While those with doctorates toward the top of the scale at Denton ISD are making upward of $130,000, head custodians, maintenance workers and many others are making well below $40,000. Many custodians are paid less than $30,000 a year for their work.

Ananth Seetharaman, professor and chair of the accounting department

Abigail Tilton, associate professor and dean of arts and sciences

This list accounts for only non-elected county employees who are the directors or assistant directors of departments.