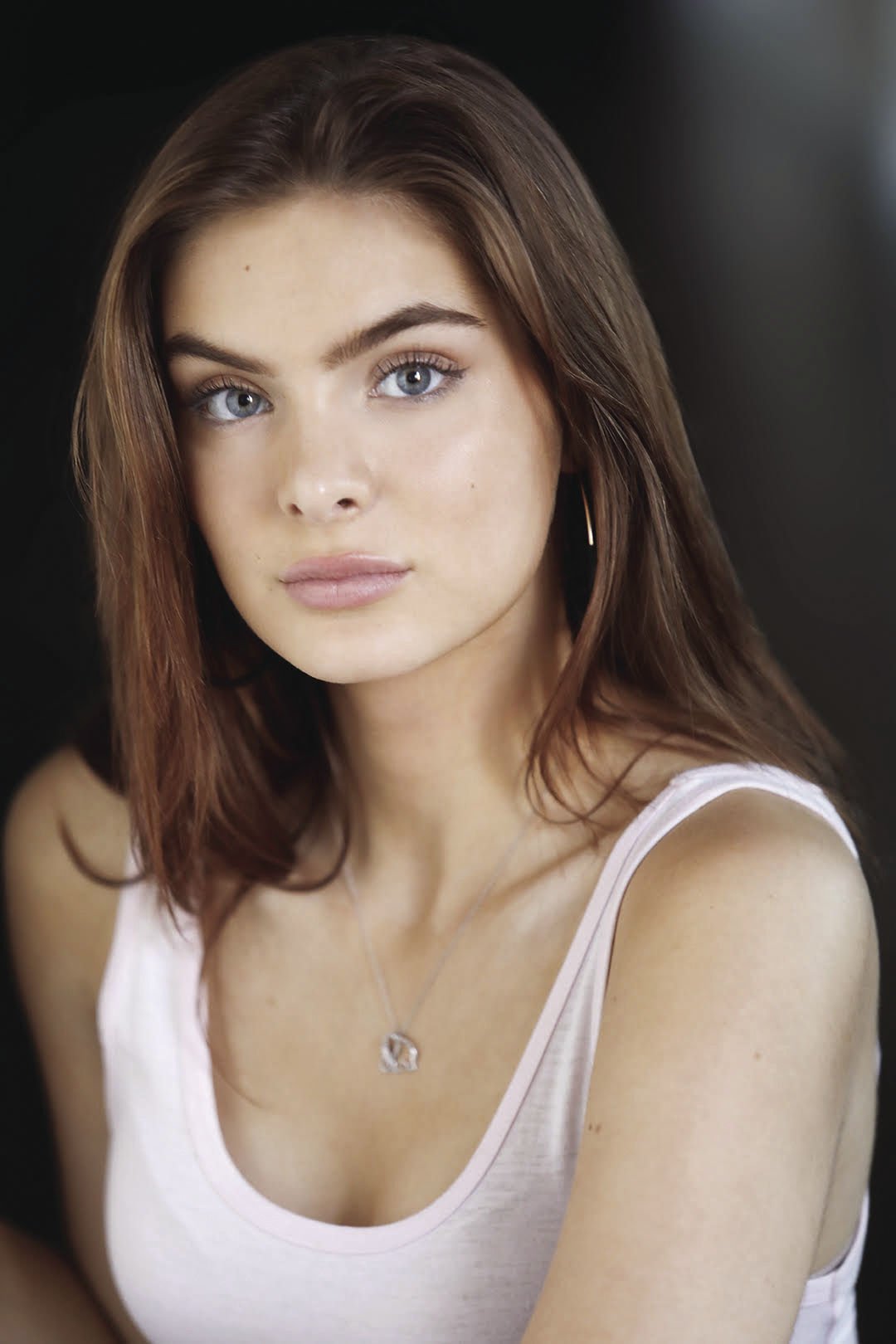 Flower Mound native Brighton Sharbino, 17, began her acting career at age 7 and is now known and respected for the wide variety of roles she is able to portray. 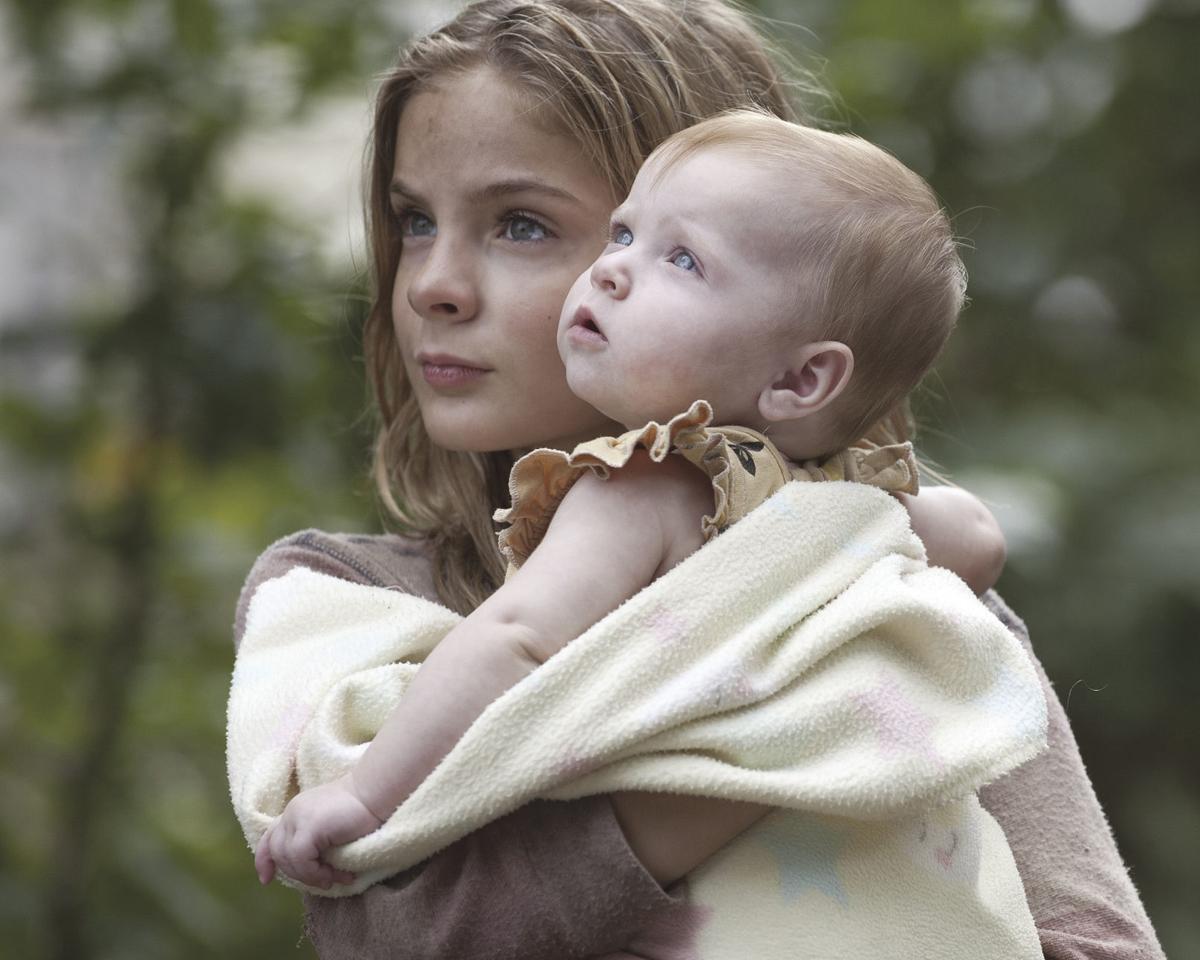 AMC Brighton Sharbino is shown as Lizzie Samuels in AMC’s “The Walking Dead.”

Flower Mound native Brighton Sharbino, 17, began her acting career at age 7 and is now known and respected for the wide variety of roles she is able to portray.

AMC Brighton Sharbino is shown as Lizzie Samuels in AMC’s “The Walking Dead.”

Brighton Sharbino was just 10 years old when she fed rats to the undead and stabbed her sister so she wouldn’t come back as a zombie on AMC’s The Walking Dead. It’s a role the young actor’s mother was not so sure about — at first.

“Oh my gosh, did you watch it? Did you hear all the screaming? It was gruesome,” Angela Sharbino says. “For a while, fans couldn’t separate her dark character from the sweet girl everyone knows as Brighton in real life. That was hard.”

At the end, the role launched Brighton’s career. Today, the 17-year-old is one of the most sought-after young actors in the television and film industry.

Up to the challenge

“What makes acting so much fun is there is no end to the kinds of roles you can play,” says the Denton County native. “I love learning about all kinds of experiences in the world. And I make it my own.”

Brighton is up to the challenge of any role. “She’s great because whatever she does, she makes you believe her,” says Los Angeles-based casting director Kelly Knox, who selected her to play main character and mean girl Allison Betts in this fall’s season of the Zoe Valentine series.

In Nate Parker’s film American Skin — a drama about racial injustice that recently won a Venice Sconfini Section Best Film Prize at the Venice International Film Festival — Brighton plays a girl who goes to a police station to pay a ticket and becomes part of a hostage situation.

Filming started in September for another movie in which she plays a drug addict and victim of sex trafficking who goes to church and turns her life around.

Her mother knew Brighton was an actor after the young girl made believers out of the teachers at Bridlewood Elementary School in Flower Mound, where she went to school before making it big and moving to Los Angeles.

“Every other day in kindergarten and first grade, the nurse was calling because Brighton acted sick,” her mother recalls. “I wouldn’t fall for it, but she stayed in character for hours, convincing teachers to send her home by lunch. She’s a great actress.”

Before taking to TV and film sets, Brighton played soccer for the Greater Lewisville Area Soccer Association and was on the Excite! cheer team. Her father, Ron Sharbino, coached her basketball team, an experience she draws upon for a new Snapchat series about two girls who play the sport. Brighton acts in the show and also helped produce it.

By the time she was 7, Brighton was singing on Barney & Friends, the children’s show on PBS. She also appeared in The New Normal and landed the guest role of Cammi in an episode of Hannah Montana.

The stage soon became her home. As work and acting classes ramped up, her family made the decision to homeschool her to give her more time for the increasing demands of the business. Thanks to her older sibling, the Sharbinos were already familiar with the industry by the time Brighton reached that stage in her career.

Talent runs in the family

Her roles have included resentful teen Kendra Brown in the 2015 remake of the classic horror film Poltergeist, an emotional fan in the television show Friday Night Lights, numbers genius Amelia Robbins in Touch and crime victim Savannah Ross in the “Mood” episode of Law & Order: SVU.

Their brother, Sawyer, 13, is a rising star in the YouTube circuit and has also worked on several television series and film shorts.

Brighton was 9 when she moved with her family to Los Angeles, but she spent her 11th, 12th and 13th birthdays in Atlanta, where she was filming The Walking Dead.

She also worked on episodes of Criminal Minds. She played teen Macie Hart (the adult version of whom became a detective’s wife) in two episodes of True Detective, young Ingrid in “The Snow Queen” episode of Once Upon a Time, crime victim/runaway Mandy Fowler in the “No Good Reason” episode of Law and Order: SVU and the young version of forensics scientist Abby Sciuto in NCIS.

She frequently draws on her experiences in Texas, where her father’s RG Staffing business is still based, in Lewisville. Her performance as Abby Beam, a sweet farm girl in the 2016 film Miracles From Heaven, made her feel particularly nostalgic for her home state. “I felt connected because of my love for the country in Texas,” Brighton says.

When the busy actor is not rehearsing or filming, she likes going to Sonic with friends or visiting her cousins and grandparents in East Texas, where she learned to drive on the dirt roads.

Many of her roles take her out of her comfort zone, but fortunately, the rising star likes a challenge.

In Radioflash, for example, Brighton performed several taxing and frightening stunts. The survival thriller — which aired on IFC last month — sees her character leading her family to survival in a dark new world where an electromagnetic pulse has killed power to more than 200 million people. Brighton performed alongside Dominic Monaghan and Will Patton in this adventurous role.

“The trickiest part was running across a shaky bridge,” Brighton says. “I’ve never been more scared in my life.” Even more scared than being killed in a scene with zombies.

“That’s what makes her such a great actor,” says Knox, who adds that he doesn’t often come across someone he can cast in so many different roles. “She’s like a chameleon. She has the maturity to play a plethora of characters. And she is still young. She has a bright future.”

This article first appeared in the November/December 2019 edition of Denton County magazine.