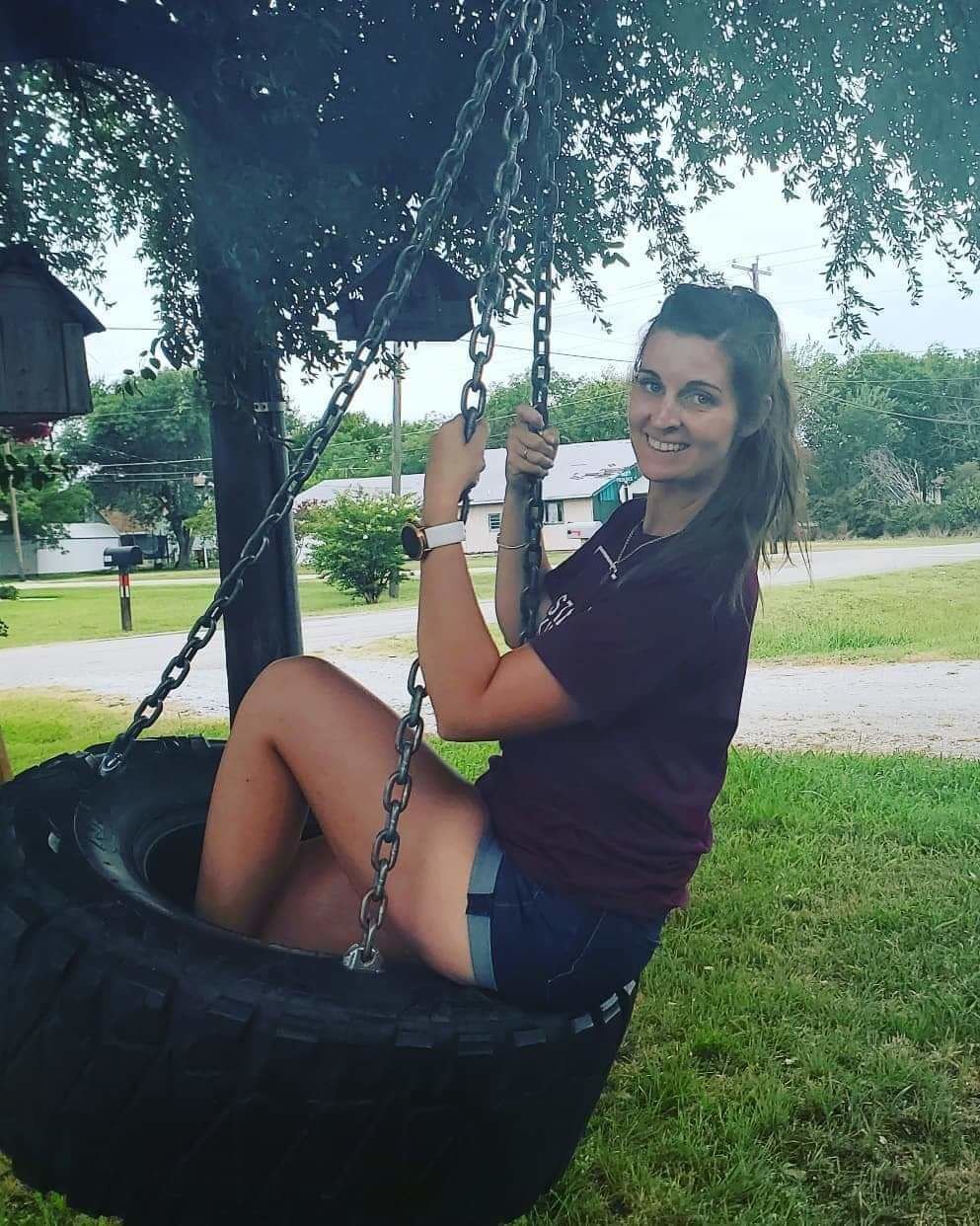 Kasey is survived by her husband Sam and son Brantley, as well as her father, mother, brother and sister. She was 29. 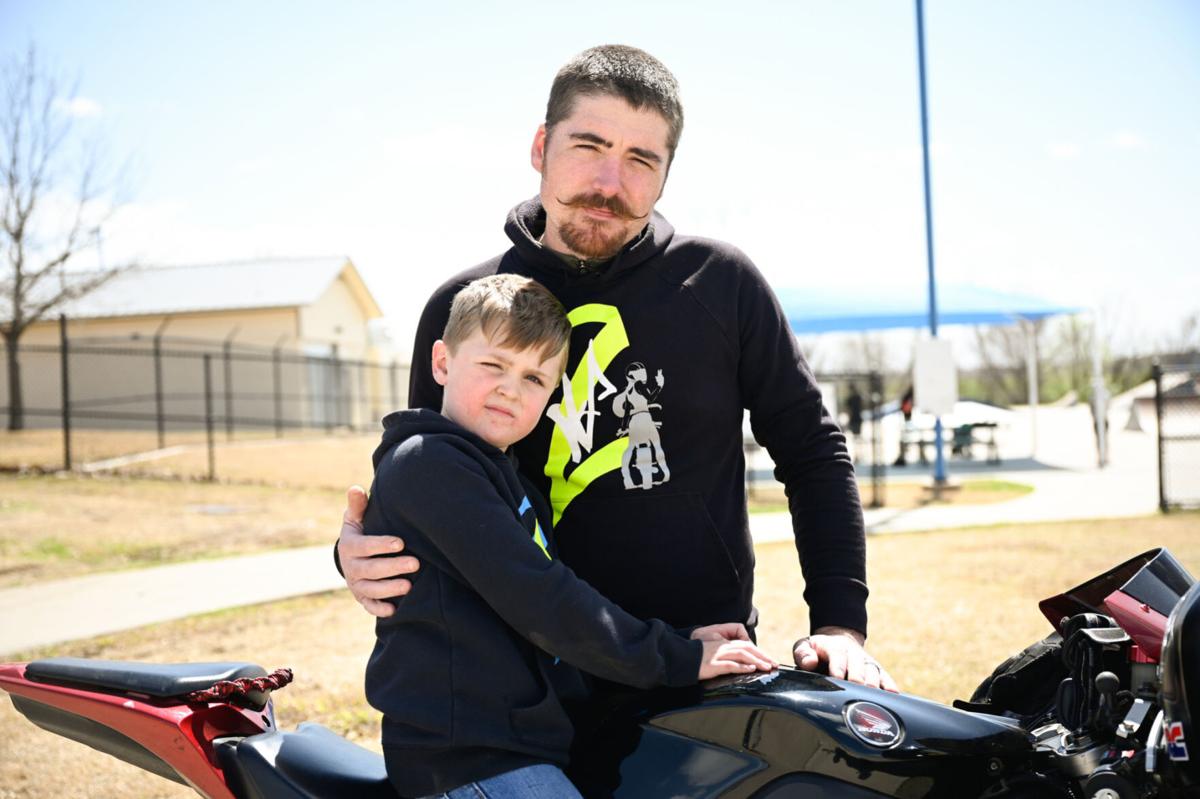 Ponder resident Sam Erwin and 6-year-old son Brantley are the husband and son of Kasey Leigh Erwin. Kasey was pronounced dead at an area hospital following a motorcycle crash on March 10. 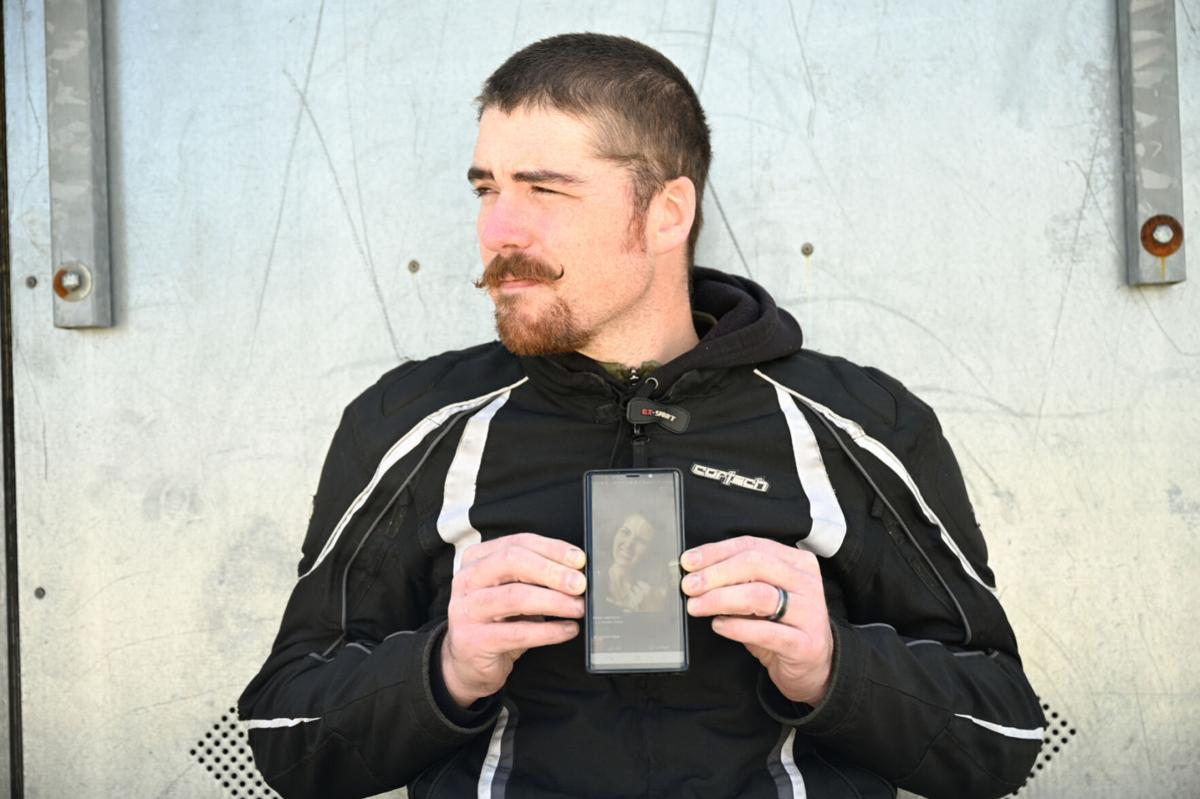 Kasey is survived by her husband Sam and son Brantley, as well as her father, mother, brother and sister. She was 29.

Ponder resident Sam Erwin and 6-year-old son Brantley are the husband and son of Kasey Leigh Erwin. Kasey was pronounced dead at an area hospital following a motorcycle crash on March 10.

The 2 Wheel Fam Queens postponed their first annual “All Ladies” ride, set for last Sunday, after organizer and Ponder resident Kasey Leigh Erwin passed away following a crash. Her fellow group members and husband remember her for her positivity — and her love of the motorcycle.

Erwin started riding less than a year ago, her husband Sam Erwin said. He himself got into it only a few years back, but said it was a skill she picked up faster than anyone he’s seen before.

“She took to it like wildfire,” Erwin said. “It was something pretty tremendous, honestly. I’ve never seen somebody progress as she did.”

In fact, Kasey took to riding so well that when local motorcycling group 2 Wheel Fam’s lead organizer sought out women to form a female-led subgroup, the Queens, she was “the very first one he contacted.” There were four queens in total, including Kasey, Gabrielle Montgomery, Hailey Griffin and Tai Battle, with the group setting out to empower women riders.

The 2 Wheel Fam Queens said Sunday’s ride was postponed in the wake of the accident, but that there will be a future ride in Kasey’s memory. They added the group will continue to move forward with its mission of helping women feel comfortable on the motorcycle.

“It’s heartbreaking that as we’re about to have this ride and bring new ladies in, we lose one,” Griffin said. “It will forever be the four of us and, unfortunately, now it’s three. Kasey can’t be replaced.”

The group had their own recollections of Kasey as a friend and community member, but each said she was an integral part of their friendship and the local riding community.

“She was our rock just because of the personality she had,” Griffin said. “She was very go-with-the-flow, loving and just wanted everybody to be happy.”

Montgomery described her as the “perfect puzzle piece” for the group and its friendship, which began when they met last year.

“Immediately after meeting her, I just saw a light that lit up my entire life,” Montgomery said. “She was like the perfect balance for me, my voice of reason.”

Sam, who started dating Kasey when they were teenagers in 2008 and married her in 2012, said that aside from her personality, it’s her eyes in particular that he’ll remember.

“I was always in such amazement that someone like her would be staring at me,” Erwin said. “She made me feel like I was it.”

Kasey is survived by Sam and her son Brantley, as well as her father, mother, brother and sister. She was 29.

“She’s got a whole bookshelf on just being happy,” Erwin said. “That’s just what I ask people to do, is be happy.”