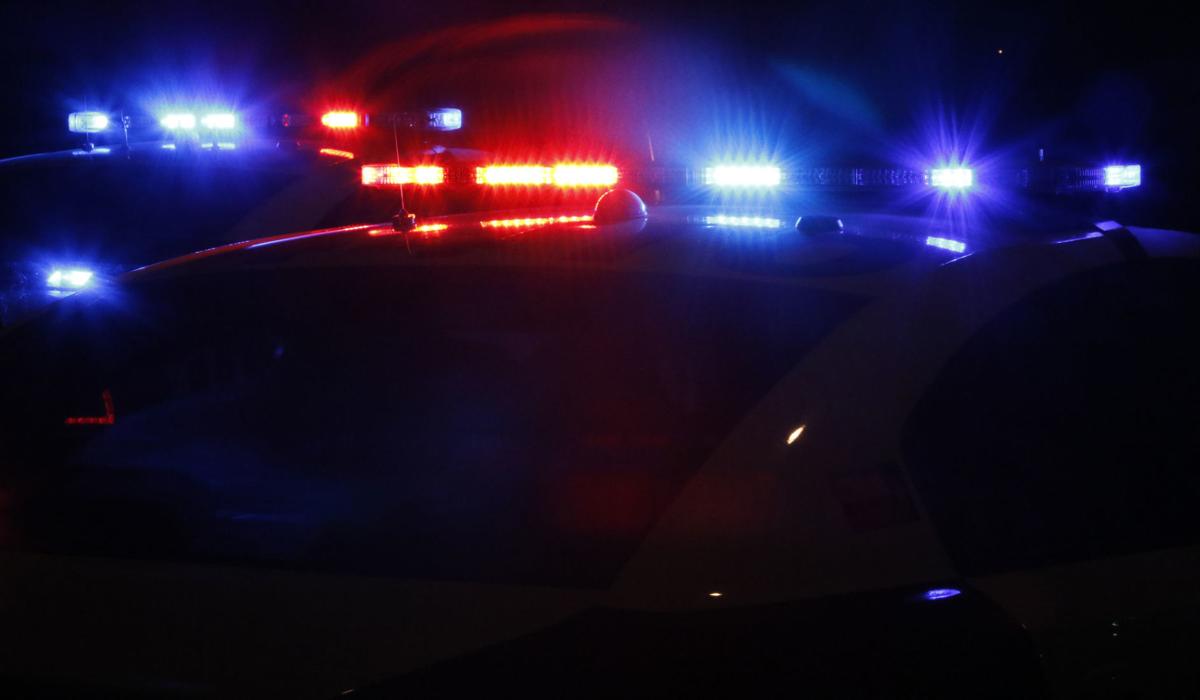 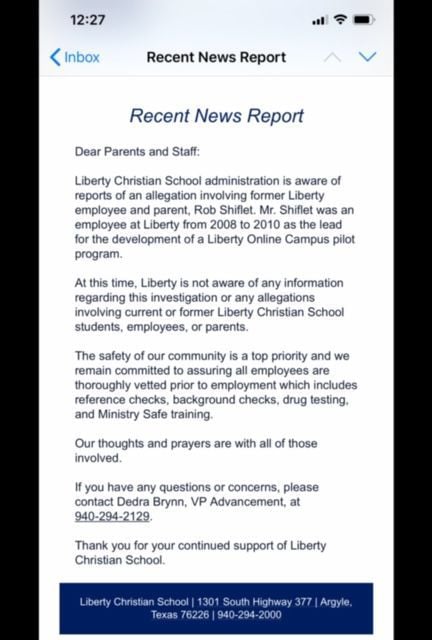 Officials at Liberty Christian School in Argyle have sent an email to parents and staff acknowledging a former staffer is accused of child sex-trafficking charges.

Robert Shiflet, 50, of Denton was indicted Wednesday by a grand jury on allegations of transporting minors across state lines for illegal sexual activities. Denton Bible Church confirmed Friday that Shiflet was a youth pastor at the church from 1995 to 2001, when he was in his mid- to late 20s and early 30s.

An email Liberty Christian School sent to parents and staff, obtained by the Denton Record-Chronicle, said Shiflet was the lead developer from 2008 to 2010 for the school’s online campus pilot program and is a parent of former Liberty students.

“At this time, Liberty is not aware of any information regarding this investigation or any allegations involving current or former Liberty Christian School students, employees or parents,” the statement said.

An email sent to Denton Bible Church members last week from Pastor Tommy Nelson, obtained by the Record-Chronicle, said they are aware the incidents overlap Shiflet’s tenure at the church.

Nelson’s email tells members the case against Shiflet “is now in the hands of the United States judicial system,” says members can pray for strength and grace for the victims and their families, and offers phone numbers for the FBI for people who have information.

FBI and U.S. Marshals Service representatives in Little Rock, Arkansas, did not provide a mug shot for Shiflet due to their outstanding photograph policies. The FBI representative said Friday that Shiflet was not booked into the Pulaski County Jail in Arkansas and that it was likely he was booked into a North Texas jail.