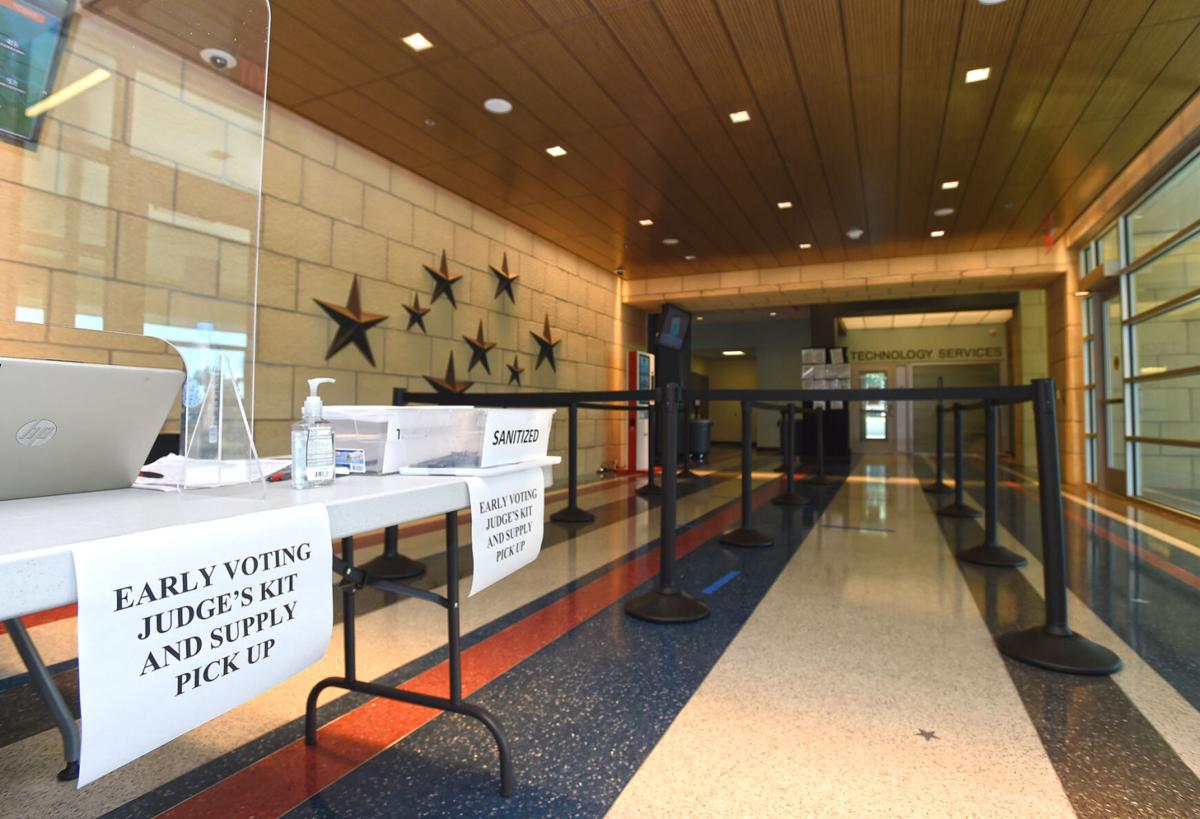 The polling area inside the Denton County Elections Administration Building is set up Monday for the start of early voting. Early voting starts Tuesday and continues through Oct. 30. 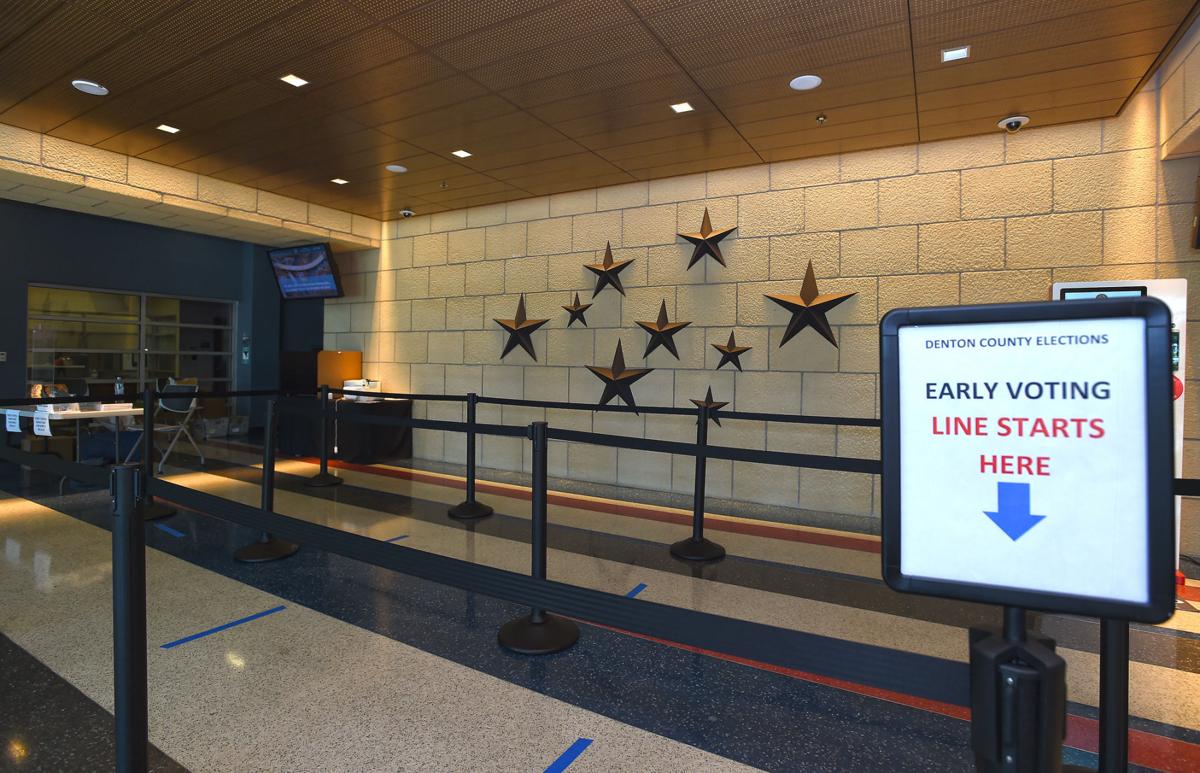 Tape on the floor indicates where people should line up for early voting inside the Denton County Elections Administration Building on Kimberly Drive.

The polling area inside the Denton County Elections Administration Building is set up Monday for the start of early voting. Early voting starts Tuesday and continues through Oct. 30.

Tape on the floor indicates where people should line up for early voting inside the Denton County Elections Administration Building on Kimberly Drive.

Early voting starts Tuesday, and the COVID-19 pandemic has shifted how counties will handle elections this year.

North Texas showed early on how it could handle an election during a pandemic when it came time to vote for the special Texas Senate District 30 election last month. The procedures put in place for the general election are the same as they were for the special election, such as placing markers to space people out, separating poll workers and voters with shields, and around-the-clock sanitation.

“In most elections, there is typically a dip between 1 p.m. and 3 p.m.,” Frank Phillips, the Denton County elections administrator, said in an email Monday. “Days three, four and five of early voting often see a small decrease before beginning a steady increase through the early voting period. Of course, with this being such a large election (turnout wise), this may not hold true.”

Markers on the floors of polling places are spaced out six feet apart to let people know where they should stand. Election workers will have masks available for voters who don’t have one. Shields will separate poll workers and voters during check-in.

Polling places will have a space deemed the Safety Vote — an all-in-one sanitation station with a no-touch hand sanitizer dispenser, sanitizing wipes, paper towels and a waste basket. Poll workers will clean frequently touched surfaces such as voting booths, doors and styluses around the clock. Pens used by voters also will be sanitized periodically.

This election also has the potential to see the largest number of mail-in ballots. Denton County Elections Administration has received 32,568 requests for mail-in ballots, and 12,313 had been returned as of Monday morning.

Anyone voting by mail this year must ensure their ballot arrives at the Denton County elections office at 701 Kimberly Drive by 7 p.m. Nov. 3. The deadline is five days after the election for those mailing their ballot from outside the United States.

Some polling locations may have temperature-taking stations, but residents will still be allowed to vote through curbside voting if their temperature shows a potential fever. Curbside voting is intended to help people who cannot enter a polling place without assistance or stand in a line for a long period of time.

“Curbside voting is offered for those who are physically unable to enter [a] polling location without assistance,” Phillips said. “An election worker will meet you at your vehicle, check the voter in, print their ballot and bring it to them to fill out. The voter will put the ballot in a secrecy folder so the election worker can take the ballot back inside for scanning.”

Though Gov. Greg Abbott did not make face masks mandatory for voting in Texas, Denton County elections officials are encouraging their use among all voters. However, face masks promoting candidates, parties or measures could be considered electioneering and are prohibited along with T-shirts, hats and other adornments that do the same.

“I’m sure if this does happen, the election worker will be happy to provide a mask for the voter if they so request,” Phillips said. “The voter may be able to turn the mask inside-out, much like we ask voters who wear shirts into the polling site that are political.”

Voters can start casting their ballots in person Tuesday between 7 a.m. and 7 p.m. at designated polling places. Polling places are open for early voting through Oct. 30 from 7 a.m. to 7 p.m. Mondays through Saturdays and 11 a.m. to 4 p.m. on Sundays.

Early voting continues through Friday, Oct. 30, in the Nov. 3 general and special elections. Denton County voters can cast a ballot at any loc…