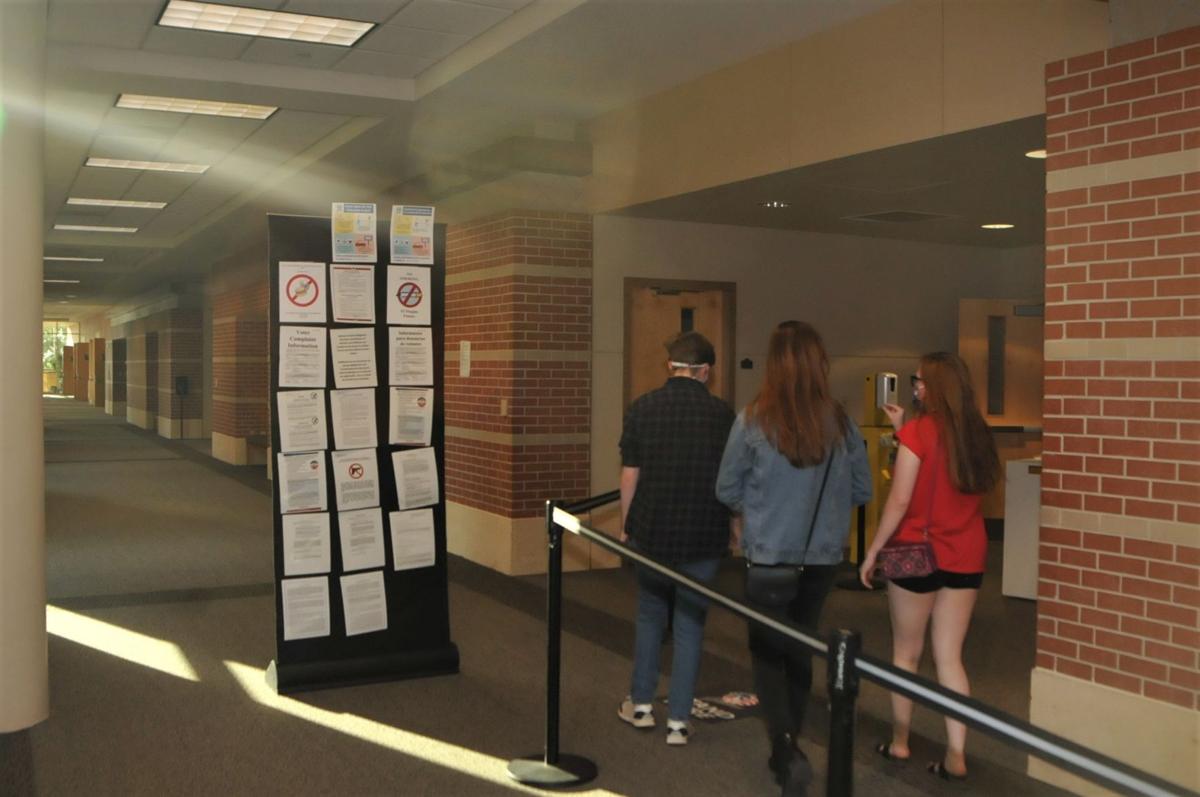 Early voters enter the polling location at the University of North Texas Gateway Center on Wednesday, the second day of early voting. 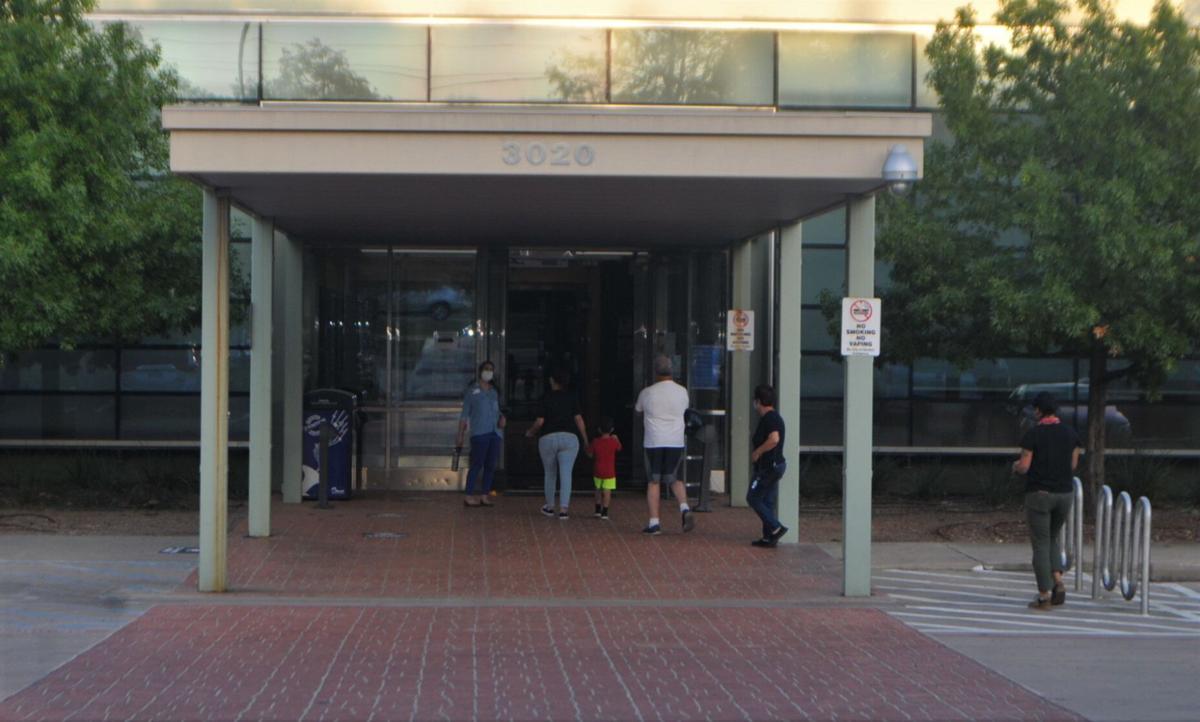 Denton's North Branch Library, shown Wednesday, is serving as a polling location for early voting in the Nov. 3 election.

Early voters enter the polling location at the University of North Texas Gateway Center on Wednesday, the second day of early voting.

Denton's North Branch Library, shown Wednesday, is serving as a polling location for early voting in the Nov. 3 election.

Update: This story was updated to reflect the number of in-person ballots cast the first day of early voting in 2016 and 2020.

Denton County set a new record on the first day of early voting after more than doubling its voter turnout Tuesday from 2016’s then-record number.

A total of 35,944 residents cast their ballots in person Tuesday at one of 46 polling places in the county, according to the Denton County Elections Administration office. This is more than double 2016’s first-day turnout of 16,955.

“It went really well [Tuesday], especially in light of setting a first-day early voting record,” Elections Administrator Frank Phillips said in an email Tuesday. “For a while, we had a line at Carrollton Public Library. Our poll workers walked the line repeatedly and told them of other nearby locations they may want to go to that didn’t have a line, but they said that virtually none of them left and chose to wait in line in Carrollton. They finished voting there about 7:15 p.m.”

The last Denton County polling place to wrap up voting was Frisco Fire Station 4 at 7:59 p.m. Anyone who’s in line by 7 p.m. on early voting days and Election Day is allowed to cast a ballot.

The county’s election website shows there are 565,705 voters registered in the county for the Nov. 3 general election. That’s 100,000 more than in the 2016 election, according to the Texas secretary of state’s website.

Phillips said the county elections office has processed all of the voter registrations they received prior to the start of early voting.

“Some people apply through the state, and we received some of those from the state after early voting started,” Phillips said. “We received a large amount yesterday and a smaller amount from them this morning. Those are entered as fast as possible. As long as they applied by the deadline of Oct. 5, once they are entered and approved by the state, they will be eligible to vote.”

Jeff Finkel, 69, said he voted Tuesday at the Denton County Southwest Courthouse in Flower Mound where a few poll workers weren’t wearing masks. He said the sign on the door said voters must wear a mask.

“When you ask them to and let them know, the lady in charge won’t do anything about it, and they refuse to put on masks,” Finkel said in a voicemail Tuesday. “I’ve got a wife in the hospital fighting this COVID virus right now, and I think this is just stupid.”

Finkel said his wife, who is also 69 years old, has been in the hospital since Saturday after testing positive for the virus that causes COVID-19.

When asked through email about these concerns, Phillips said poll workers and voters are exempt from having to wear masks in Gov. Greg Abbott’s mask executive order. The order says every person in Texas shall wear face coverings to cover their nose and mouth wherever maintaining social distancing isn’t feasible, but offers some exceptions.

One of those exceptions is any person voting, assisting a voter, people serving as poll watchers or people actively administering elections. Instead, wearing a mask is highly encouraged.

At least one person also called the elections office to report that a polling place hadn’t provided voters the list of official write-in candidates.

“We did have someone call about the list not being in the booths at one location,” Phillips said. “We called them [the polling location] and reminded them they have to be posted, and they posted them immediately.”

“This election cycle is significant,” local party chair Anjelita Cadena said in a statement. “We get to vote on whether we want to return to truth, facts, science, integrity and honesty and to have a government that makes an effort to provide equal justice for all.”

“People all over Denton County came out to vote,” Howell said. “With three weeks of early voting, there’s really not much excuse to [not] get out and vote in this election.”

Early voting continues through Oct. 30 for the Nov. 3 general and special elections. Polling hours are 7 a.m. to 7 p.m. Monday through Saturday and 11 a.m. to 4 p.m. Sunday. For more information, visit www.votedenton.com.