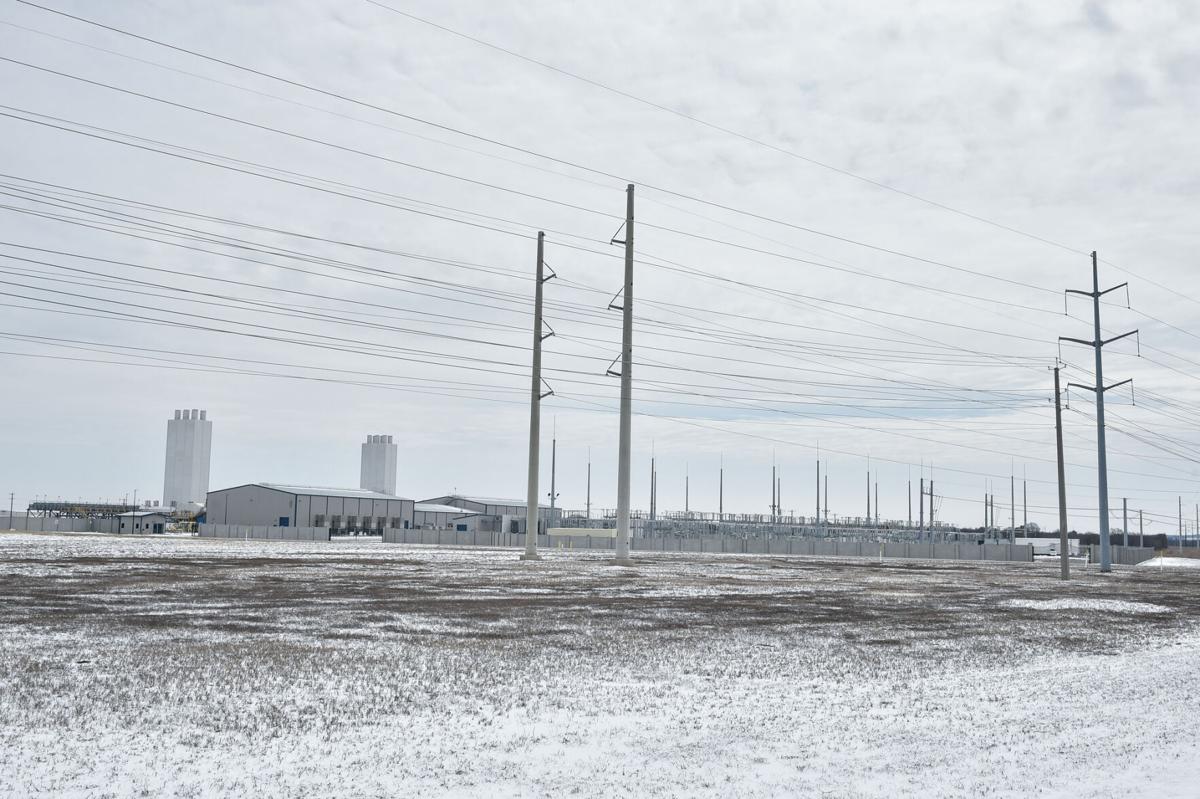 At the Denton Energy Center, crews are working to supply power to Texas' grid as more than 60 power plants around the state are unable to function due to below freezing temperatures. The plant on Jim Christal Road is shown Tuesday. 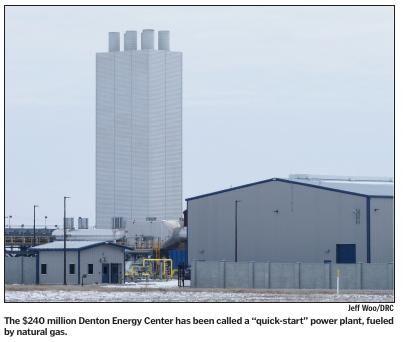 The $240 million Denton Energy Center has been called a “quick-start” power plant, fueled by natural gas.

At the Denton Energy Center, crews are working to supply power to Texas' grid as more than 60 power plants around the state are unable to function due to below freezing temperatures. The plant on Jim Christal Road is shown Tuesday.

The $240 million Denton Energy Center has been called a “quick-start” power plant, fueled by natural gas.

As Denton residents continued to be affected by rotating power outages at different intervals from the state level on Tuesday, the assistant general manager of Denton Municipal Electric said that the city’s gas-fired power plant does not help local customers during severe weather.

“It is part of our overall power supply portfolio,” Terry Naulty said of the Denton Energy Center, which went online in 2019. “It is a predominantly renewable resource. During this period, many plants are not producing. Also, we are seeing heavy cloud cover, meaning solar input is minimal. The Denton Energy Center is being used to supplement that.”

Residents across the city and county remained confused on how and when power would be shut off in certain areas. Right now, it's up to ERCOT's discretion and is based on circuits.

On social media, Denton residents have complained about how long their service is disrupted versus how long they have electricity, and some questioned why their neighbors appear to have service for hours at a time.

“There’s no rhyme or reason to it,” former District 2 Denton City Council member Keely Briggs said. “ERCOT needs so many homes to be without power. Who makes that decision? Somebody locally pushes buttons.”

Naulty stressed that Denton Municipal Electric, the city’s primary electric provider, has no control over which neighborhoods are disrupted and when they lose service.

“Our operations center has control over all the circuits,” Naulty said. “They actually do hit a switch or button that causes different circuits around the city” to shut off power to blocks of homes and businesses.

“We are trying to be as equitable as we can between circuits on interruption,” he said.

Some residents experience power outages for hours at a time, with service being on for mere minutes. Others are on a more consistent schedule — for example, one hour with service and an hour without.

“We needed to be prepared for this,” Briggs said. “I’m dealing with trying to get some kind of answer for these people who are panicking for their children who have to have equipment to survive. We can’t even tell them when this is going to happen again. It’s not just children.”

Denton officials have repeatedly said that ERCOT does not give “forewarnings” on when and where outages will happen.

As far as the Denton Energy Center, Briggs and at-large Place 5 member Deb Armintor said the $240 million project was “sold” to council members as a statewide energy provider that would also benefit Denton residents, ensuring that outages like this would never happen.

“As far as the gas plant goes, we were told when the sun doesn’t shine and wind doesn’t blow that this is going to be our saving grace,” Briggs said. “We were told we would have the plant on in peak times. That is what was sold to us.”

“The Denton Energy Center, which I opposed before I was on council, is intended to provide power to the statewide grid — ERCOT — and ERCOT decides when they want Denton to turn it on during peak demand times,” she said. “It doesn’t provide power exclusively to the city of Denton because its purpose is to generate additional power for the statewide grid. The gas plant makes money when ERCOT needs it, but it is still a net loss for the city because we have hundreds of millions in debt plus interest.”

Naulty said the Denton Energy Center has been online since rotating outages began on Monday morning — with one exception.

“We had an interruption last night, but we are remedying that situation now,” he said Tuesday.

According to a memo from DME general manager Tony Puente to council members Tuesday, the Denton Energy Center was shut down at 7 p.m. because of a “lack of fuel.”

“Overnight temperatures have caused certain equipment at the plant to freeze up and plant operations are attempting to get the equipment thawed to resume operations as fuel is now available,” the memo shows. “The DEC is interconnected into the ERCOT grid and does not provide direct service to DME customers.”

DME has grossed more than $35 million in revenue since Thursday, according to the memo, in wholesale purchases for load for the ERCOT grid.

“The big misconception with the power plant is that it comes on as long as Denton is the one running it and those electrons are going to your house,” District 3 member Jesse Davis said. “The purpose of the DEC is to provide price stability when all that wind and solar power gets very expensive.”

And that’s not all, he said.

“There’s also this misconception that when it was pitched, they used the word ‘reliability,’ and people kind of misunderstood that. People on social media are saying, ‘I was told that we’d never have power outages in Denton.’ The goal is not to have absolutely 100 percent power all the time cheap and easy.”

At the same time, Davis said, it is “unfortunate” that state officials weren’t prepared for this “truly unprecedented situation.”

“Everyone has to find somebody to blame,” Davis said. “There’s not just one explanation for it. It’s a complex system of getting electricity … and modern convenience to your home.”

The Denton Energy Center, which began construction in 2016, is a 225-megawatt natural-gas operation with 12 combustion engines and generators. It was proposed as a way to free Denton from coal-fired power.

In June 2020 — the latest data that was available Tuesday — revenue for the plant was listed at more than $7.5 million. Debt service on the plant is about $25 million per year in the first few years of a 20-year obligation.