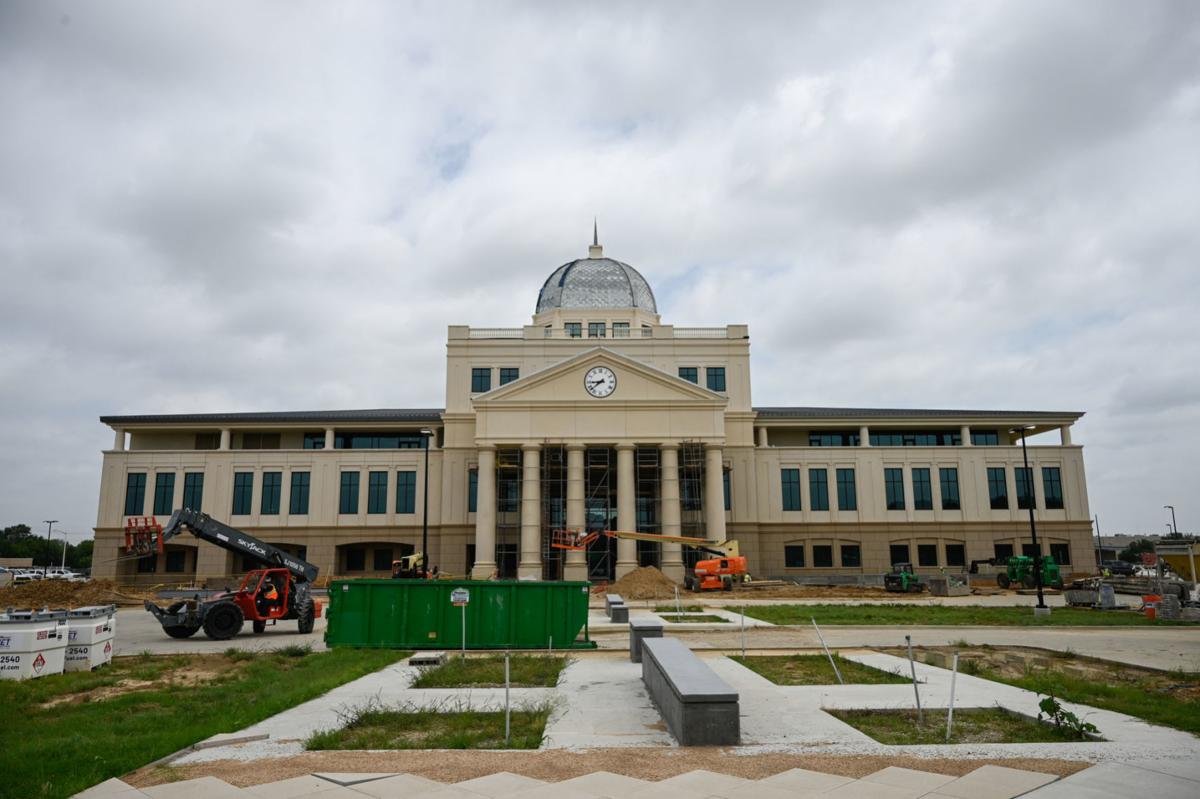 Construction crews work on finishing the new Denton County courthouse on Tuesday. The new courthouse, off Loop 288, has been under construction for more than a year and is on track for completion in the fall. 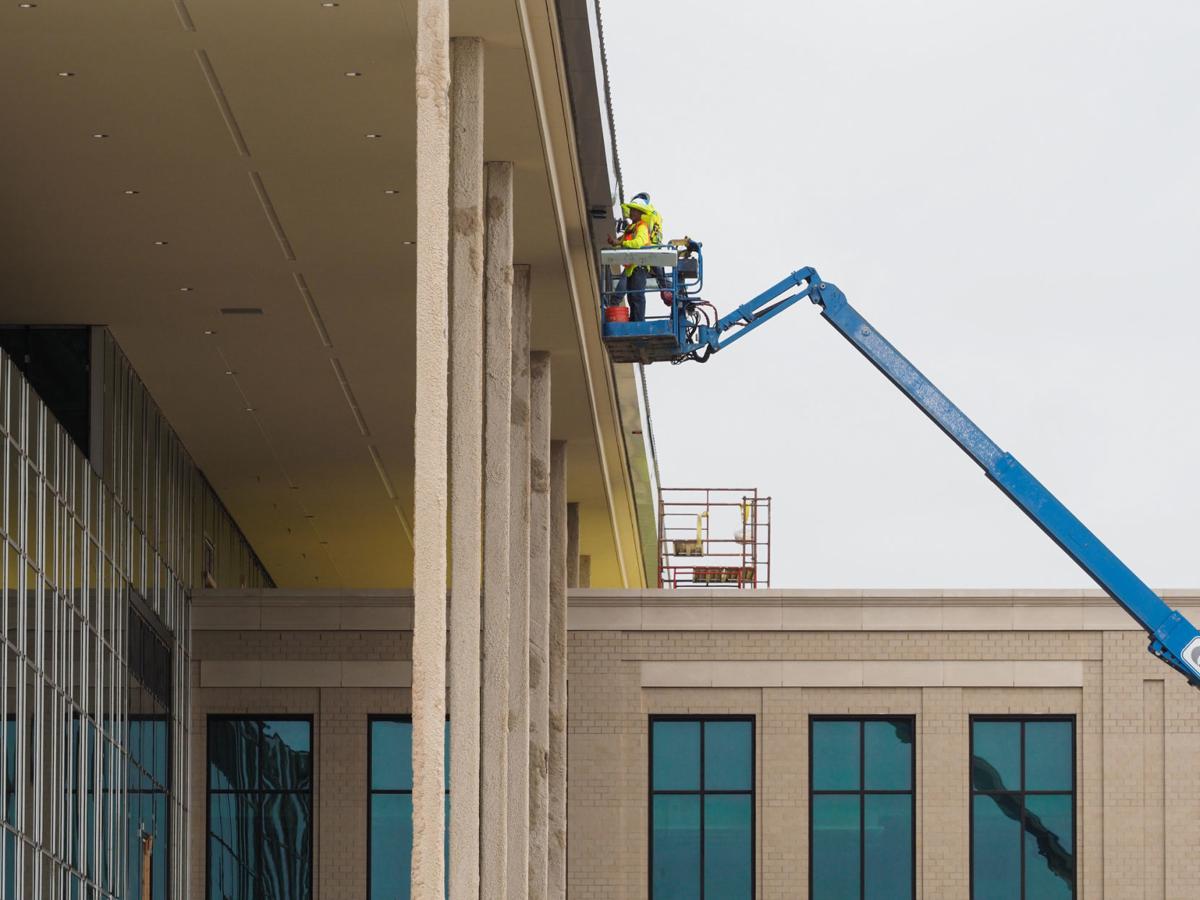 Construction crews work on finishing the new Denton County courthouse on Tuesday. The new courthouse, off Loop 288, has been under construction for more than a year and is on track for completion in the fall.

With no delays or additional costs, the new Denton County Courthouse is on track for completion in mid-October, said Dawn Cobb, county spokesperson.

Construction first broke ground in November 2018 with a budget of $43 million and estimated completion date for fall 2020. Cobb said the project has stayed within its budget and estimated timeline.

The building is part of a larger complex of Denton County buildings, joining Denton County Public Health, the elections office and other services along South Loop 288.

“We’re so excited about this new project,” County Judge Andy Eads said in a video posted to Denton County’s Facebook page last year. “It’s going to be a new landmark here, not only for the city of Denton but all of Denton County as we celebrate wonderful government services that are going to be performed right here on this campus.”

While Denton did experience some above-average rainfall during construction, Cobb said that possibility was accounted for in the mid-October estimate.

After the building is completed in October, Cobb said it likely will take until late November for the building to be furnished and staff from the Joseph A. Carroll Building and Courthouse on the Square move in.

Cobb said construction is currently working to finish the courthouse’s dome, the frame of which was placed in June 2019.

Most of the work on the dome is complete, she said. Workers are creating and installing scaffolding to add shingles to the incomplete portions of the dome.

Cobb said workers still have “a lot of landscaping to do,” and they are also working to finish interior work and the concrete for the sidewalks and planters.