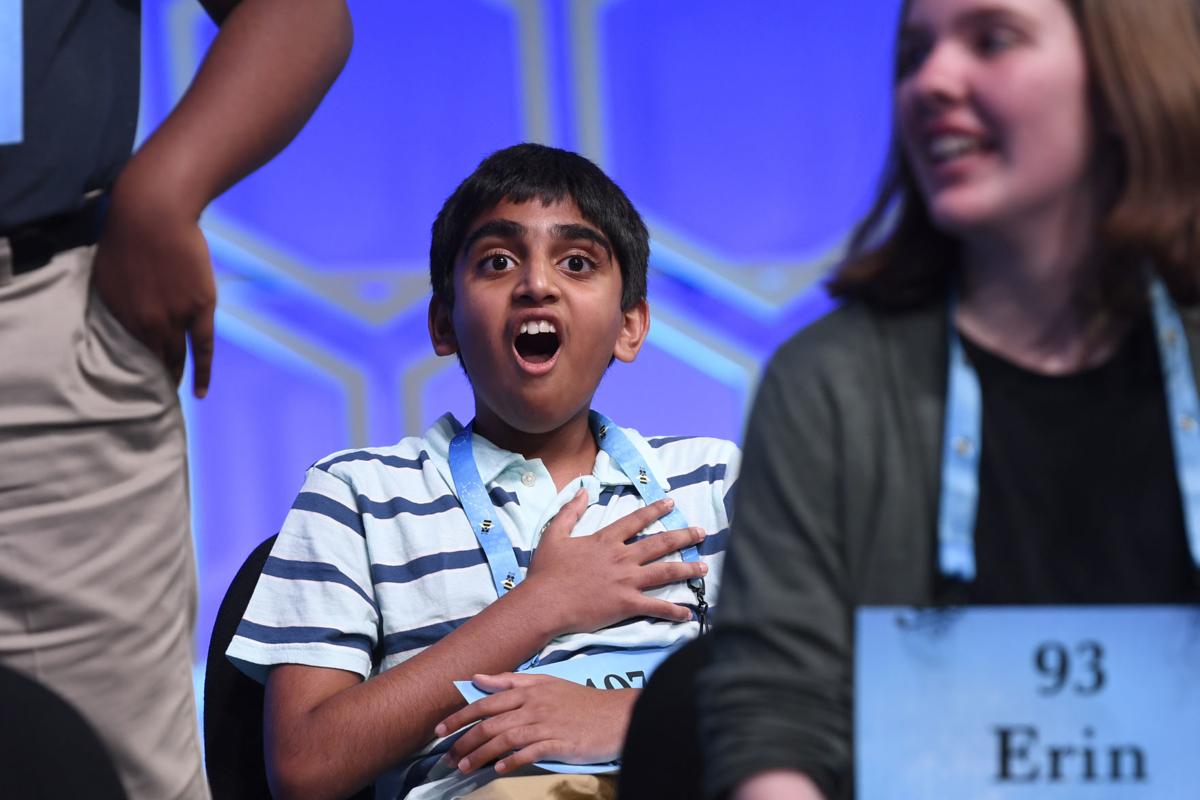 Abhijay Kodali, 12, of Flower Mound learns he was one of eight co-champions of the 2019 Scripps National Spelling Bee in Oxon Hill, Md., in the early morning hours of May 31. 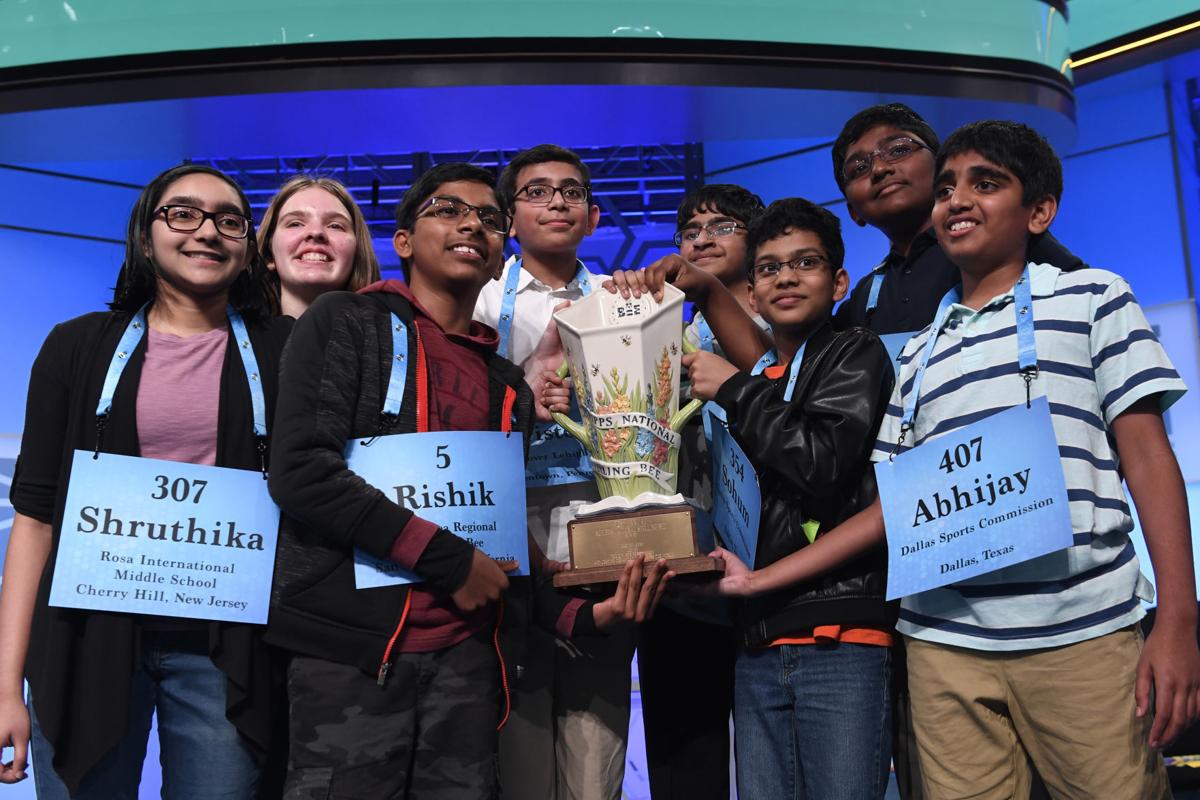 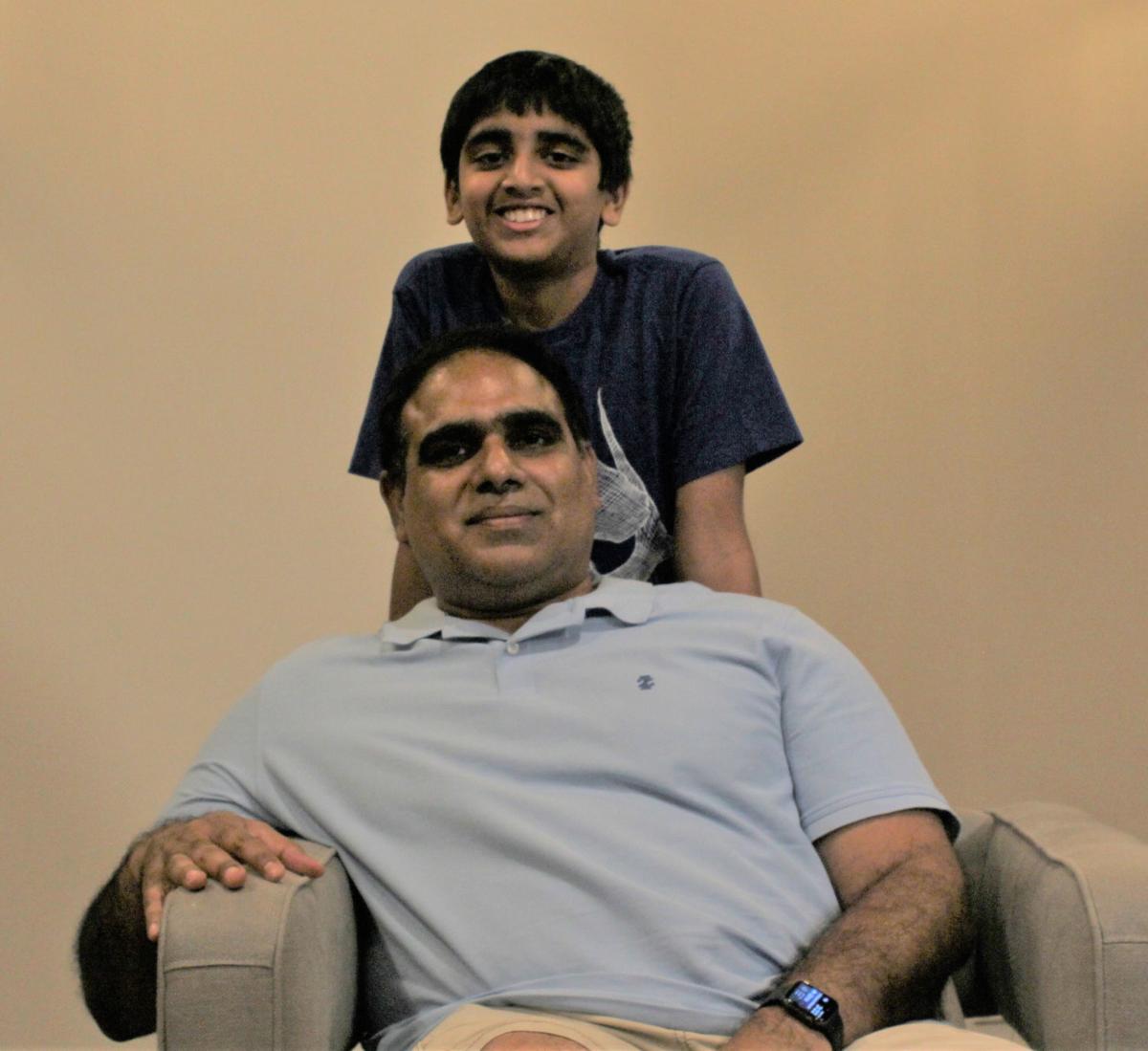 Abhijay Kodali, 12, poses with his father, Krishna Kodali, in their Flower Mound home. Abhijay was recently crowned one of eight co-champions of the 2019 Scripps National Spelling Bee.

Abhijay Kodali, 12, of Flower Mound learns he was one of eight co-champions of the 2019 Scripps National Spelling Bee in Oxon Hill, Md., in the early morning hours of May 31.

Abhijay Kodali, 12, poses with his father, Krishna Kodali, in their Flower Mound home. Abhijay was recently crowned one of eight co-champions of the 2019 Scripps National Spelling Bee.

FLOWER MOUND — Abhijay Kodali doesn’t know what he’s going to do next.

Following an unprecedented eight-way tie at the 2019 Scripps National Spelling Bee on May 30, Kodali is a national champion.

According to contest rules, no champions are allowed to compete in subsequent years. For Abhijay, that means an activity that has occupied countless hours of his life for years was suddenly ripped away in an unexpected blaze of glory.

Even though he placed third in 2018, he didn’t expect to become a champion this past month.

Going by competition rules, and because he is entering the seventh grade at Lewisville ISD’s McKamy Middle School, he had another two years to try to become a national champion, and he was still unsure Sunday afternoon what his victory will mean for him in the coming weeks, months and years.

That isn’t to say he’s without hobbies. Swiveling in a chair in his Flower Mound home, Abhijay, 12, explained that he enjoys playing tennis and watching other sports, especially when the Dallas Mavericks or Cowboys are playing.

Looking further ahead, he has murky ambitions of being a pediatrician, but that is intangibly far away.

“I don’t think it’s going to be play, I just like kids,” Abhijay said in defense. “Except when they’re grumpy.”

Abhijay developed an interest in spelling bees while watching his older sister, 17-year-old Ananya Kodali — a world-class competitor in her own right.

While she didn’t make it to the level of her younger brother, she did place fifth in the national bee in her eighth grade year — two years after she first began competing.

“She started off late,” Krishna Kodali said. “So she didn’t have a whole lot of time, and back then, Dallas used to send only one speller.”

As of this past year, recognizing the massive area the Dallas region represents, the Dallas bee started to send multiple spellers to the national level.

Krishna Kodali said his family sent requests for the change to the The Dallas Morning News and the Dallas Sports Commission. As Abhijay and his father pointed out, several other large regions send multiple contestants to the national bee.

The change paid off. Dallas sent three spellers to the national stage this year, and all three were crowned co-champions.

“So they sent three people this year, and all three won,” Krishna Kodali said.

In contrast to his sister, Abhijay has been practicing in some capacity for more than four years. Abhijay and his father agree that he didn’t really take it seriously when he started, only practicing for an hour or two a day.

Since he began the fourth grade, Abhijay has averaged three to four hours of practice each day. In preparation for the May 30 competition, he had been practicing about five hours a day.

“I don’t know what to do with those five hours now,” Abhijay said.

Those hours weren’t spent alone. His sister helped by quizzing him and providing tips, and their father made spreadsheets of more difficult words for Abhijay to practice on.

“I look through [word] roots, I look through language patterns and rules for words and, yes, I study amount of words,” Abhijay said.

On the words he consistently struggled with, he had a bit of extra help from his older sister.

“She used to write stories for him using those words just to help him memorize, just to kind of make it interesting,” Krishna Kodali said.

Thinking back, Abhijay couldn’t remember any of the stories in particular. They were stored on an old computer that has since crashed, making the bits of practice history irretrievable.

While Abhijay doesn’t know what to expect going forward, one thing seems to be clear: The playing field for 2020 is much more open with eight of the country’s best spellers ineligible to compete.