This rendering shows conceptual plans for the North Texas Expo Center, which would one day host the North Texas Fair and Rodeo and other events. The site is west of Interstate 35 and north of Ganzer Road. 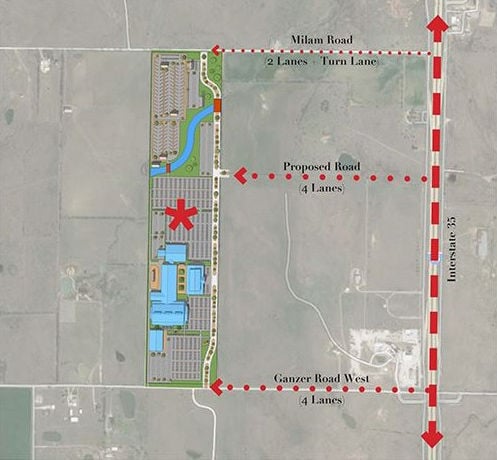 The North Texas State Fair Association is proposing a new road between Milam and Ganzer roads that would lead to the North Texas Expo Center, the planned future site of the association’s annual fair and rodeo.

This rendering shows plans for the North Texas Expo Center, planned as the future site of the North Texas Fair and Rodeo and other events. The site is north of Denton, west of Interstate 35 and north of Ganzer Road. 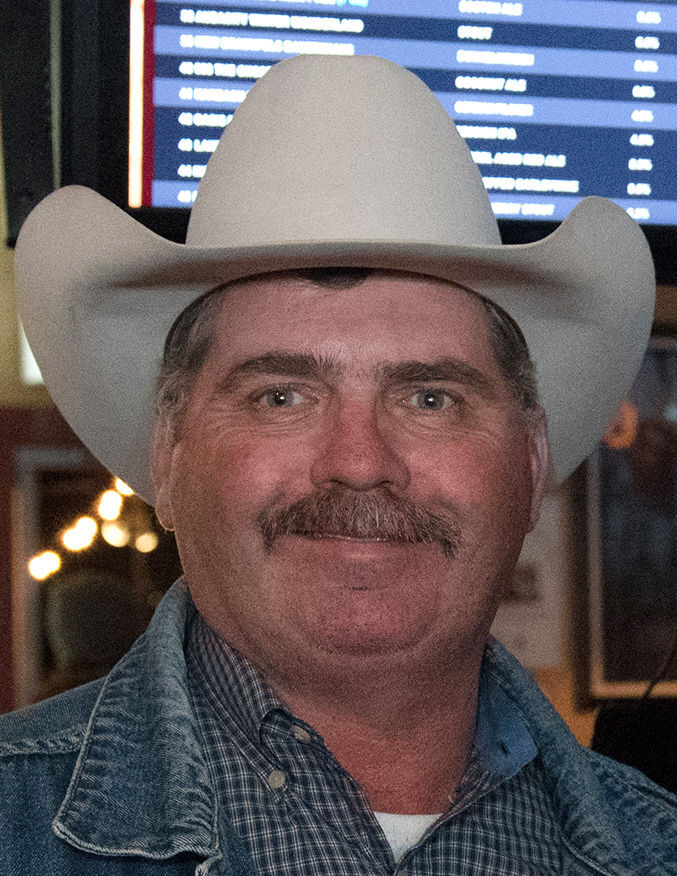 A new, larger North Texas Fair and Rodeo complex will allow for year-round events and could bring in an annual $15.3 million from out-of-county visitors alone, according to a presentation from executive director Glenn Carlton.

Carlton showed off the concept for the new complex, the North Texas Expo Center, during Tuesday’s Denton County Commissioners Court meeting. In the past budget year, the county partnered with the North Texas State Fair Association to partly fund a study on the fair’s economic impact. In conjunction with that study were plans for the center, which commissioners and the public got a look at Tuesday.

The center, with four buildings, is planned for a site north of Denton, west of Interstate 35 and between Milam and Ganzer roads. Carlton said at least one more building could be added as planning moves forward but that as is, the center would exceed 300,000 square feet, dwarfing the existing indoor fairgrounds on North Carroll Boulevard in Denton by over 250,000 square feet.

Carlton said the Expo Center would be more versatile in the events it could host because of its increased size, as well as more climate control, with most of the center’s buildings being interconnected. The goal would be to host anything from the annual fair and rodeo to concerts year-round.

“We want it to be multipurpose and serve this community not just nine days a year but 365,” Carlton said. “This is all designed with many other thoughts in mind.”

The fair association is also proposing a new road between Milam and Ganzer Road West to increase access to the new fairgrounds.

As Tuesday’s presentation was just for the center’s concept, a construction timeline has not been formed. County Judge Andy Eads said a committee could be formed later this fall to move forward with the plan and explore uses of the land identified for the center, as well as the county’s land adjacent to it. Carlton said no further steps would likely be taken until then.

Michael Bomba, a research professor at the University of North Texas’ G. Brint Ryan College of Business, presented the results of the economic study, which examined the potential impact of the center — both its construction and operations.

Bomba said construction of the center would cost about $99.5 million, not including the cost of the land and with the assumption that it would be built over one year. Once operational, the center would have additional event capacity and would bring in an annual $15.3 million from non-Denton County visitors alone after a five-year ramp-up period, according to the study’s projections. The study also found the center would add 165 new direct and 38 new indirect jobs to the county.

Bomba said the study shows demand for a larger event venue, especially given the county’s size.

“Denton County is a large county and it’s growing — you’re definitely undersized,” Bomba said. “It seems there’s a lot of demand, especially for the equestrian events, because people are driving very long distances to go to these events and they would rather have them closer by.”

Also during Tuesday’s meeting, Denton County Public Health Director Matt Richardson gave his weekly report on the state of the coronavirus pandemic. He noted that virus cases among children and teens ages 0-19 — a concern of the department’s given the reopening of schools — decreased in the past week from 113 to 88. Cases among people ages 70-79, however, nearly doubled from 14 to 27.

Commissioners also accepted the 2020 certified appraisal roll Tuesday. The estimated appraisal roll was presented last month and was not certified until recently as the Denton Central Appraisal District worked through the pandemic to handle protests of property values.