Officials from the city of Denton and Texas Woman’s University took questions from local residents Thursday night, hoping to get more feedback on a proposal to permanently close 550 feet of Bell Avenue on the TWU campus to motorists.

The virtual meeting topped out at nearly 50 attendees, and they asked plenty of questions about the proposed bicycle and pedestrian corridor.

Some questions sounded sour, while others lauded the university and city officials for considering a more walkable campus.

The project would leave 4,000 feet, which makes up 88% of the roadway on campus, open to motor vehicles. The proposed closure would maintain access to public utilities.

The Denton City Council rejected a similar proposal last year in a work session but more recently asked the city’s engineering department to revisit a corridor and get feedback from residents.

Residents submitted questions through the digital platform, and some supported the plan because it will make the campus safer and more attractive to cyclists and foot traffic.

Denton recently published a revised mobility plan, which intentionally designs access for motor vehicles, bicycles, wheelchairs and mobility scooters and pedestrians as the city’s commercial areas and populations mushroom. The short corridor planned for the TWU campus reflects the mobility plan and its emphasis on what’s called “multimodal” movement.

Safety is a major concern for Denton and TWU officials.

Michael Rose, deputy chief of the Denton Police Department, said he didn’t have the exact number of pedestrian-vehicle collisions in the time since a pedestrian was struck and killed by a vehicle south of the TWU campus, near the Denton Civic Center Pool, in 2015.

“It’s minimal, though,” Rose said. “There have been very few of those types of accidents.”

Christopher Johnson, the chief of staff at TWU, said the low number of pedestrian-vehicle accidents is evidence of the safety planning that TWU and the city have done over the years.

But the risk of accidents is growing because TWU’s enrollment is growing.

“I’ll just say that the growth on the east of campus is exploding,” Johnson said. “So you know the number of pedestrians crossing Bell Avenue is going to grow almost exponentially, I would say, in the next several years. So like Rob [Ramirez, TWU chief facilities officer] said, this is just being very proactive about thinking how can we continue safety, which is so important.”

City Engineer Rebecca Diviney read the questions and comments aloud without naming those asking questions or leaving feedback. A number of attendees supported the proposal.

“I live on Texas Street right south of campus, and one door in from Bell,” one resident said. “Minor inconveniences for me as a driver are countered by how this is better for the uniquely dense neighborhood of thousands of students, faculty and staff who walk around the campus every day. They are just as much part of the Denton community as anyone whose only real interest in this project is their interest in getting through the neighborhood as quickly and efficiently as possible. A safer, stronger TWU makes for a safer, stronger neighborhood, and stronger neighborhoods is how we continue to create a stronger Denton.”

Another resident cheered the notion of more bodies on bicycles.

“I think it is a wonderful idea,” that resident said. “This would motivate many more people to use Bell Avenue as a bike route.” 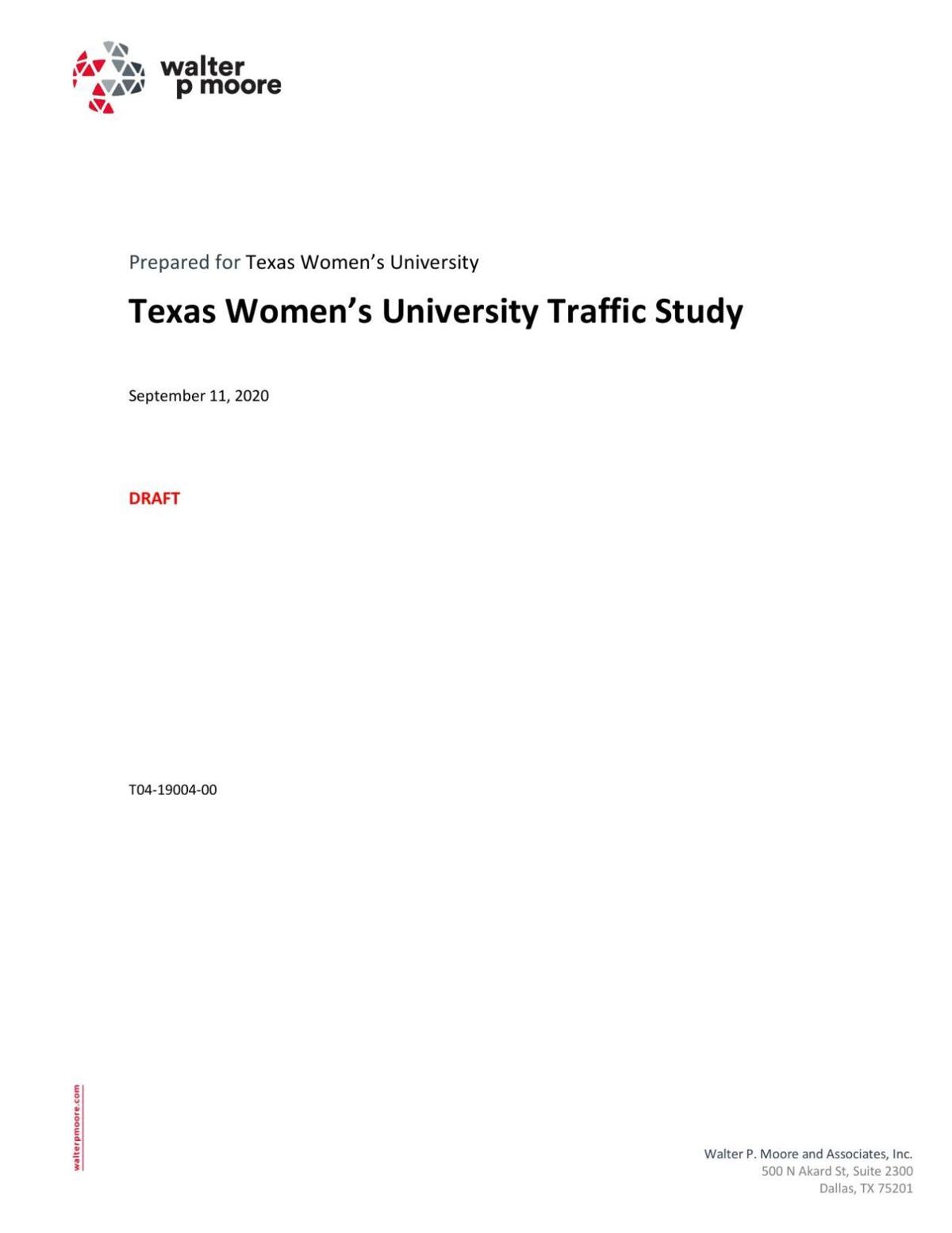 A number of residents criticized the proposal, saying it exclusively serves TWU to the detriment of anyone driving north or south on Bell, a main thoroughfare through the city. Multiple residents complained that the proposed closure is a huge inconvenience, requiring traffic to wind through the campus to get to other north-south roads, such as Elm Street, Locust Street and Mingo Road to North Ruddell Street.

“The goal is to tame and transform Bell Avenue and make the campus a more walkable area of the city,” a commenter said. “So this is less about walkability for the city than it is about … accommodating TWU’s expansion.”

Ramirez countered the comment, saying Bell has been a major pedestrian area for decades.

“TWU did complete its master plan in 2018 to give to the Board of Regents, who will approve … our campus expansion,” Ramirez said. “And as was pointed out, we’ve already started heavily developing that area with the dining hall, Parliament Village, our new athletic district — and more are coming in the next few years, including a new Health Sciences Center building. So we are expanding. I think the important part to that question is Bell has always been a heavily pedestrian-trafficked road. And we just see that increasing. For TWU, it’s always just been about safety there.”

Deviney said the traffic study completed in 2019 indicates that, should the city create the pedestrian and bike corridor, the impact on traffic on nearby streets, especially Elm and Locust, will be negligible until 2045.

Residents brought up two alternatives to a corridor: a pedestrian bridge or a tunnel.

“A bridge would technically require a lot more land use,” said Jason Tomlinson, TWU’s vice president of finance and administration. “Let’s say TWU has a skywalk or sky bridge that connects two buildings on campus that we actually can control. And it still gets hit — what — three, four times a year. So you know the problem with that is we’re going to stop semi-trucks over a certain height, which could also be a risk for the firetrucks. If you’ve ever been on a campus like where I came from, you’re going to have something hit it at least about once a week. There’s some that got stuck and stopped travel for at least half a day or more than half a day.”

Tomlinson added that each time a vehicle hits a sky bridge, the structure can lose stability.

“It just doesn’t work well unless you’re Las Vegas and you’re six, seven lanes wide and you’re building, you know, way up in the air,” he said.

When another resident suggested an enclosed walkway that connects two buildings, pointing to Texas Health Presbyterian Hospital Denton as an example, Ramirez explained that there aren’t two buildings to be connected by a walkway across the proposed corridor.

Ramirez dashed hopes for a tunnel by explaining the considerable infrastructure buried along Bell Avenue and the difficulty of making a tunnel accessible to people who use wheelchairs or other mobility devices.

The city will continue to collect feedback from a short online poll through 5 p.m. Monday.

The City Council is scheduled to present the proposal and feedback on Oct. 18.