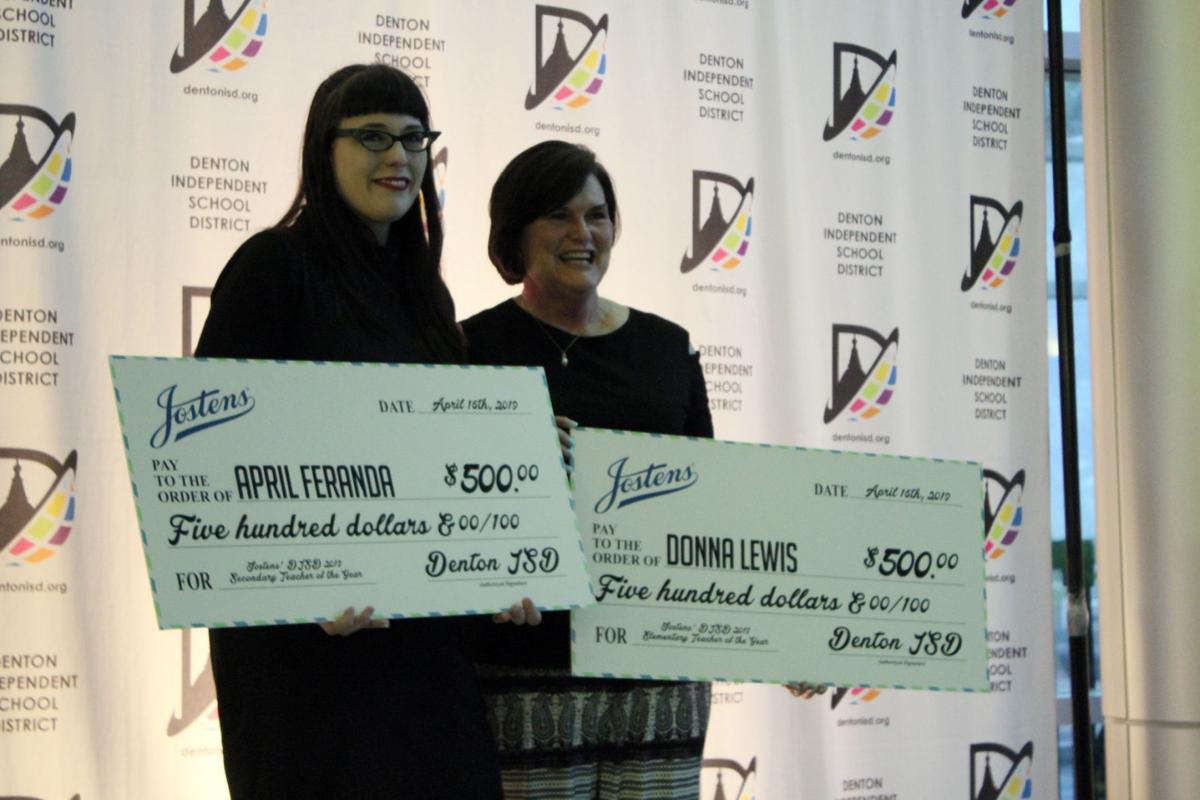 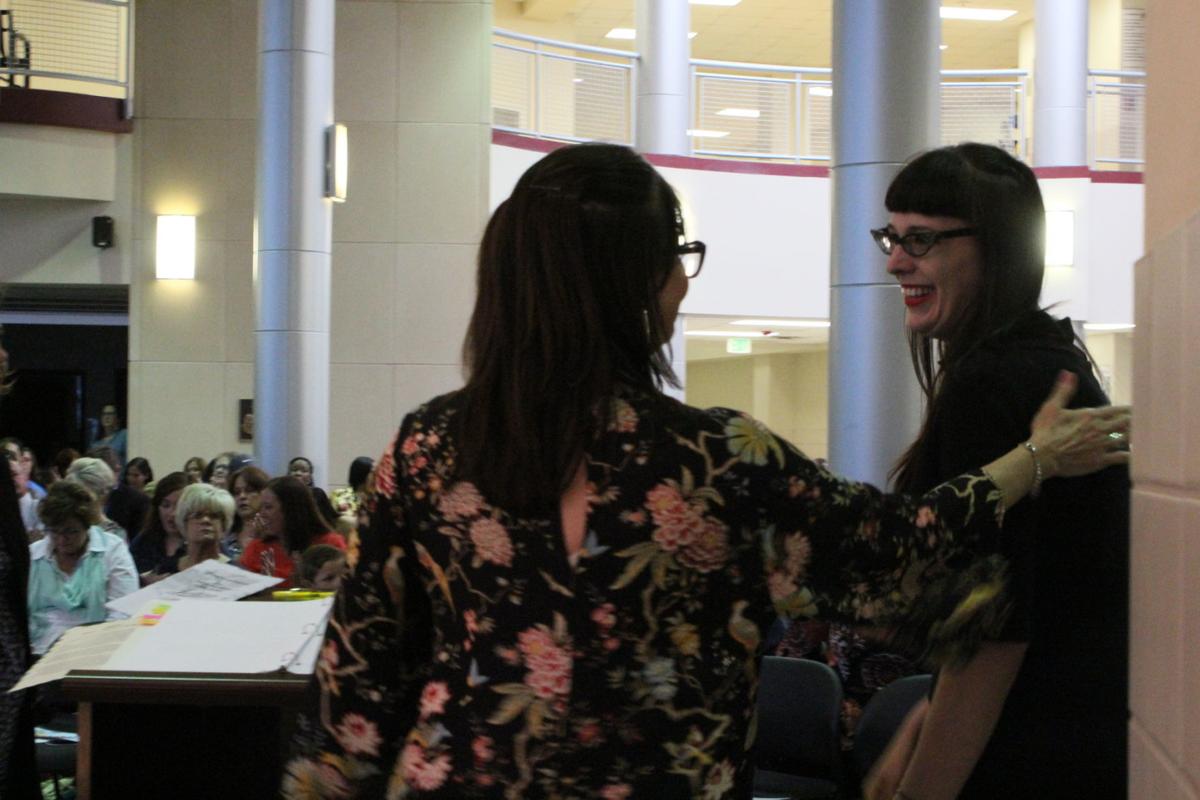 The crowd had all come to celebrate Denton ISD’s teachers of the year during a Tuesday evening ceremony.

In total, 36 campuses selected teachers of the year with two awardees earning the districtwide title.

Nominations for the honor are accepted at each of the eligible campuses, and campuswide elections are held to determine the winners. Teachers then vote on who should be named overall teacher of the year for elementary and secondary campuses.

First-grade teacher Donna Lewis was voted elementary teacher of the year by her peers. She is in her 13th year of teaching at Providence Elementary School.

April Feranda, a 10th-grade English teacher at Ryan High School, was named secondary teacher of the year. She is finishing up her fourth year at the school.

In addition to the prizes awarded to all teachers of the year, Lewis and Feranda each received a $500 check from Jostens.

As they held back excitement, and no shortage of tears, Superintendent Jamie Wilson called them to the lectern to announce their final reward: temporary ownership of a new car.

Each had the chance to pick out her car of choice from among the polished vehicles waiting outside. The district has had a partnership with James Wood AutoPark for more than a decade to give the district’s top two teachers the option to drive a new car for the summer.

“So, usually what happens now is they go race,” Wilson said to echoes of laughter.

It didn’t take Feranda long to home in on a red SUV. After a few more minutes, Lewis walked into the fading evening light to scout out her options.

Jokes and playful “what-ifs” turned to enthusiastic proclamations that she would soon be driving a new Camaro. Lewis wasn’t interested in the white model parked outside the ATC — she thought it might look better in red.

Lewis only began to suspect she might be named elementary teacher of the year after Wilson began reading a description of her. Even after hearing details that almost certainly guaranteed he was talking about her, she was still skeptical.

The realization of her accomplishment seemed still to be sinking in well after people began stacking chairs inside the ATC. She attributed her success as a teacher largely to one student in particular.

“He has trauma brain,” Lewis said. “Not brain trauma, but trauma brain because of the traumas in his life.”

He was a student in her class three years ago, and his mother was the first person Lewis called to share the news of her award.

“He’s helped me learn to be a better teacher,” she continued. “That it’s all about not only your body language, but it’s your timbre of your voice and your tone and the way you say things.”

Along with 38 other teachers from the area, Lewis and Feranda are now nominees for the corresponding regional teacher of the year title.

Denton teachers of the year

The following were selected as teachers of the year by their respective campuses. They are organized by district attendance zone.