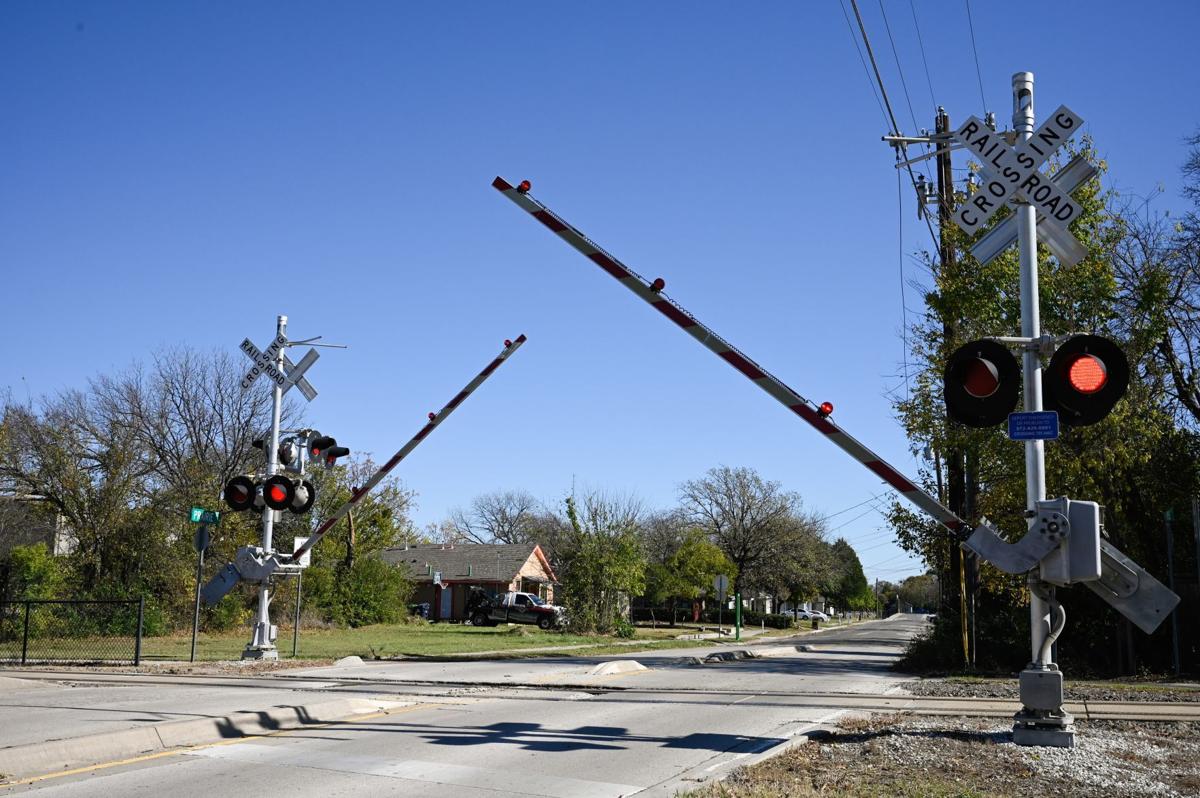 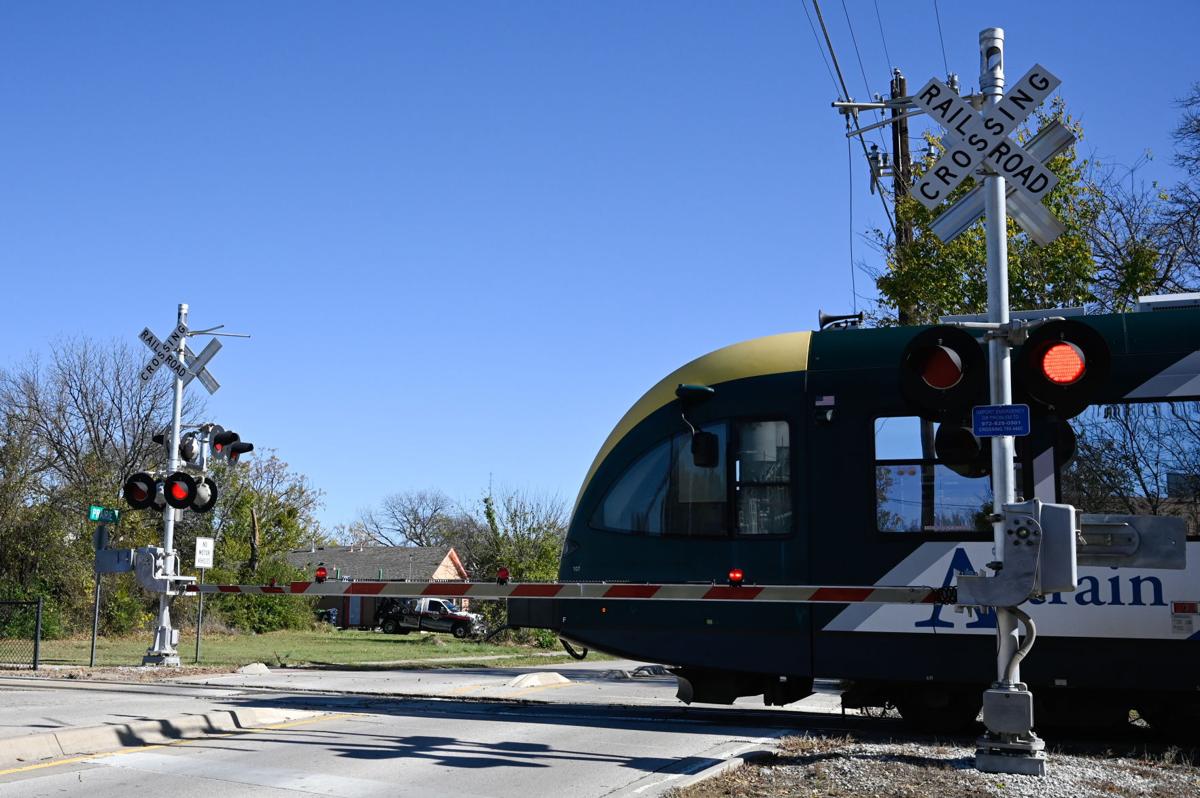 An A-train crosses East Prairie Street near Maddox Street on Wednesday in Denton. 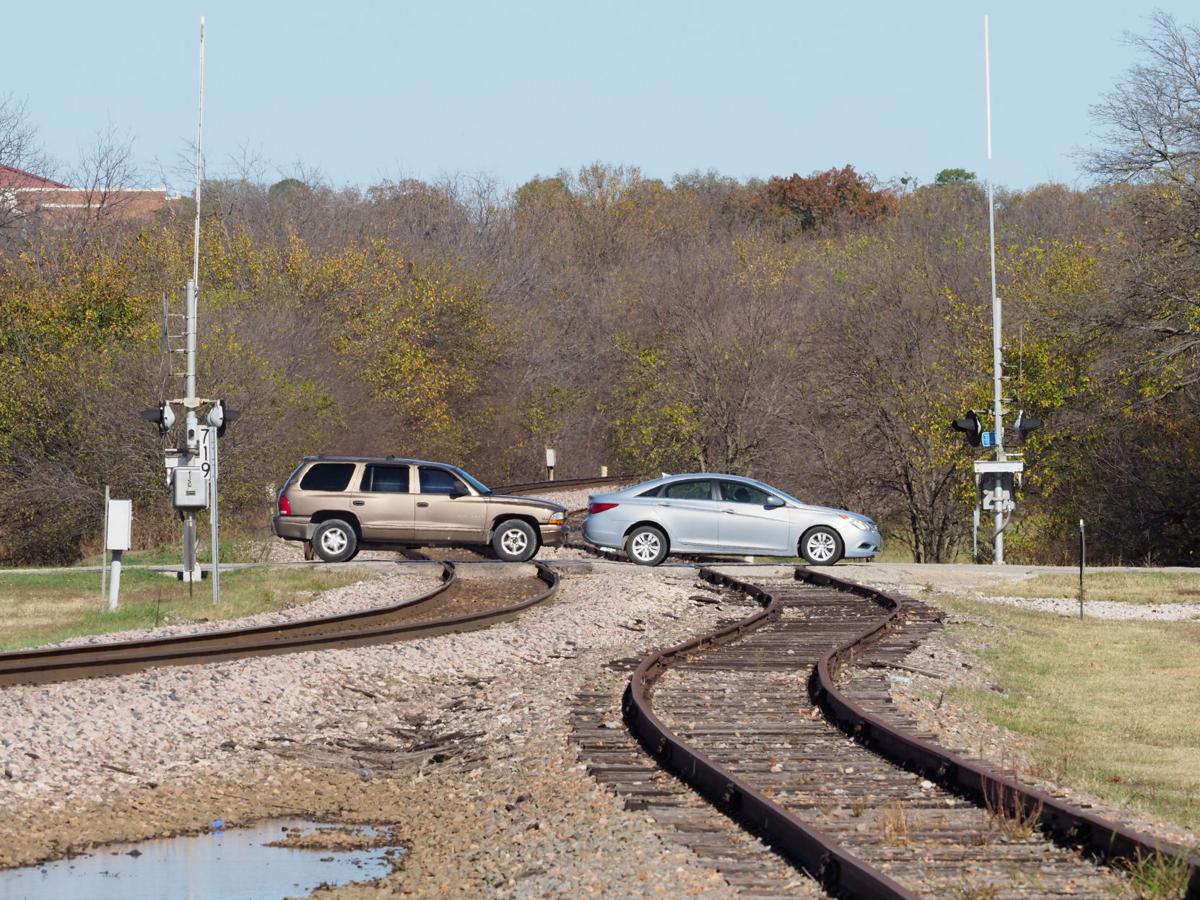 Cars drive over train tracks near the intersection of East McKinney Street and Railroad Avenue on Wednesday.

An A-train crosses East Prairie Street near Maddox Street on Wednesday in Denton.

Cars drive over train tracks near the intersection of East McKinney Street and Railroad Avenue on Wednesday.

Many Denton City Council members agree that quiet zones are good for communities, but some caution that creating more areas without train horns could be an arduous process.

“I don’t know anybody who is against the quiet zones,” District 4 council member John Ryan said. “I know working with railroads is very time-consuming. It’s been a couple of years now, but they went from seven engineers working a seven-state area to one engineer. So that is one person who is looking over plans for every city or government entity that wants to do something around a railroad.”

In quiet zones, engineers are prohibited from sounding train horns at public crossings, generally in populous areas. But before that can happen, the requesting entities must pay for added or improved safety measures at the crossings, such as gates or systems that detect the presence of vehicles, Denton traffic engineer Brian Jahn said in an email.

“A quiet zone can be established with the Federal Railroad Administration (FRA) once a number of conditions, all of which promote the safety of drivers and pedestrians, are met,” Jahn said.

Four-quadrant systems involve arms on both sides of the track, for each direction of traffic. Channelization devices direct traffic around obstacles or in certain directions.

“Once a city receives approval from the FRA to make the safety improvements, they are typically funded by [the] requesting entity,” Jahn said in the email. “While Denton currently has 10 quiet zones at DCTA crossings, we are working to implement four additional quiet zones at Union Pacific Railroad Crossings beginning in 2021.”

Those are planned at East Hickory Street, East McKinney Street, East Sycamore Street and East Prairie Street. A Union Pacific spokesperson referred the Denton Record-Chronicle to its website for its “official position” on quiet zones.

“Union Pacific believes quiet zones compromise the safety of railroad employees, customers and the general public,” the statement reads. “While the railroad does not endorse quiet zones, it does comply with provisions outlined in federal law.”

“Quiet zones are great, which is why we’ve been working on developing them for almost a decade,” District 3 member council Jesse Davis said. “But it’s more complex than just asking the engineers to not blow the horns. Major improvements are required at each crossing in the zone. This takes not just money but coordination with the railroad and, of course, road closures.”

Two council members — Deb Armintor (at-large Place 5) and Keely Briggs (District 2) — tried to argue for the creation of a quiet zone when the development of an apartment community at Mockingbird Lane and Mingo Road was approved on Nov. 10. But since such a discussion was considered “off-posting,” or not part of the meeting agenda, it went nowhere. As a result, both Briggs and Armintor voted against the development.

“For the sanctity of human life, it is worthwhile to erect physical barriers that literally prohibit anyone on foot, on bike or in a car from crossing at a train intersection,” Armintor said. “I think that the rail companies should foot a significant part of the bill for it because they are the ones who are creating these safety hazards. However, in the absence of such a mandate, I think cities should use their public safety budgets [for] quiet zones.”

Briggs could not be reached for comment for this article.

“One hundred percent of council members favor quiet zones,” at-large Place 6 member Paul Meltzer said. “But you have to have an agreement with the railroad to do it. On Mockingbird, that came up because a constituent spoke up about that train whistle being injurious to children’s health. Unlike gas wells, there’s no disclosure needed. The tracks are right there. It’s not like they’re concealed or wouldn’t be obvious.”

The development is planned for a 10-acre site west of Mockingbird and south of Mingo, with plans for six buildings with 149 units, one clubhouse and 250 parking spaces.

“This property came back to council after not getting a good reception and significantly reconfigured it to have much less parking requirements and much more tree preservation,” Meltzer said. “The applicant really did a good job of making it a much better property — train tracks notwithstanding.”

On Nov. 11, Armintor asked staff members to produce a report “on what it would take for council to institute a train-noise quiet zone for the train tracks along Mingo in light of all the residential development that will be coming there and in light of area residents’ complaints about train noise.”

“We know the tremendous impact these zones can have and will continue to work toward enhancing safety and quality of life through quiet zones into the future,” Jahn said in the email.

New quiet zones, according to city documents, must be at least a half-mile long and include flashing lights and gates at crossings.