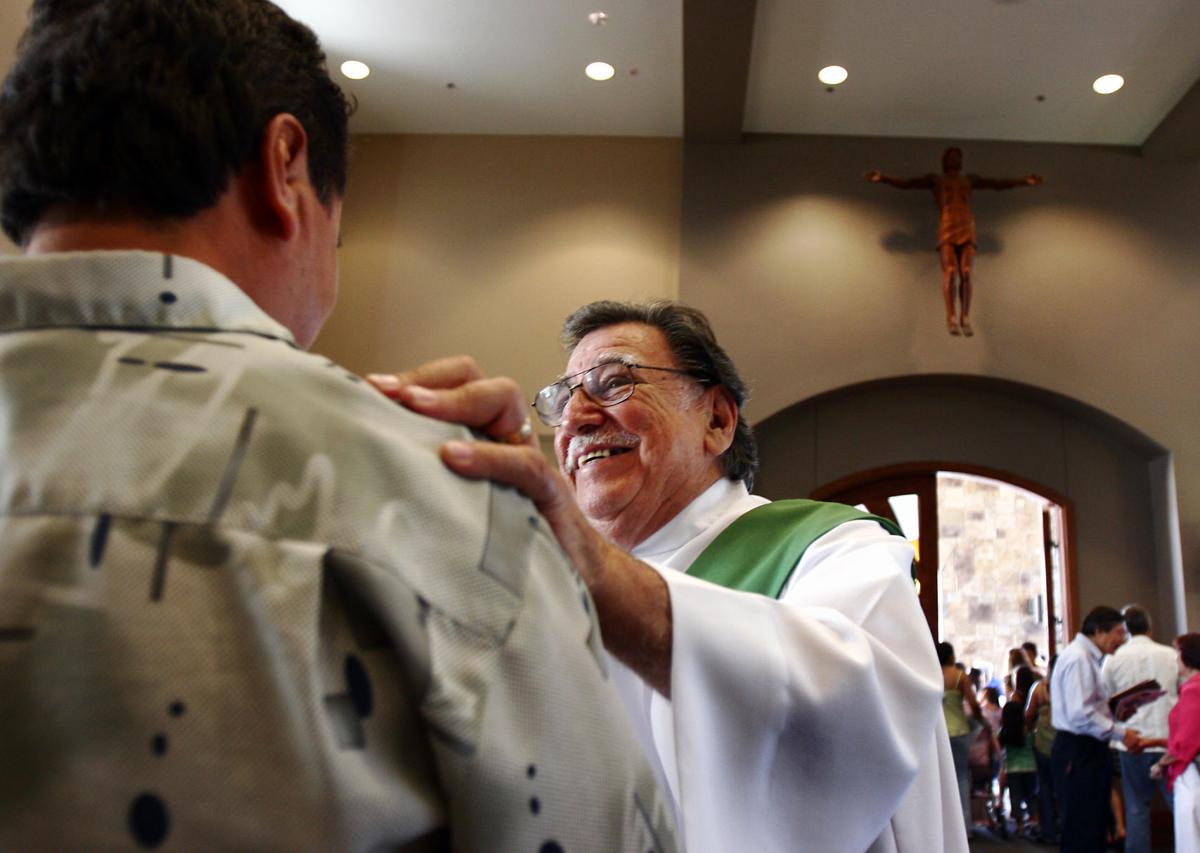 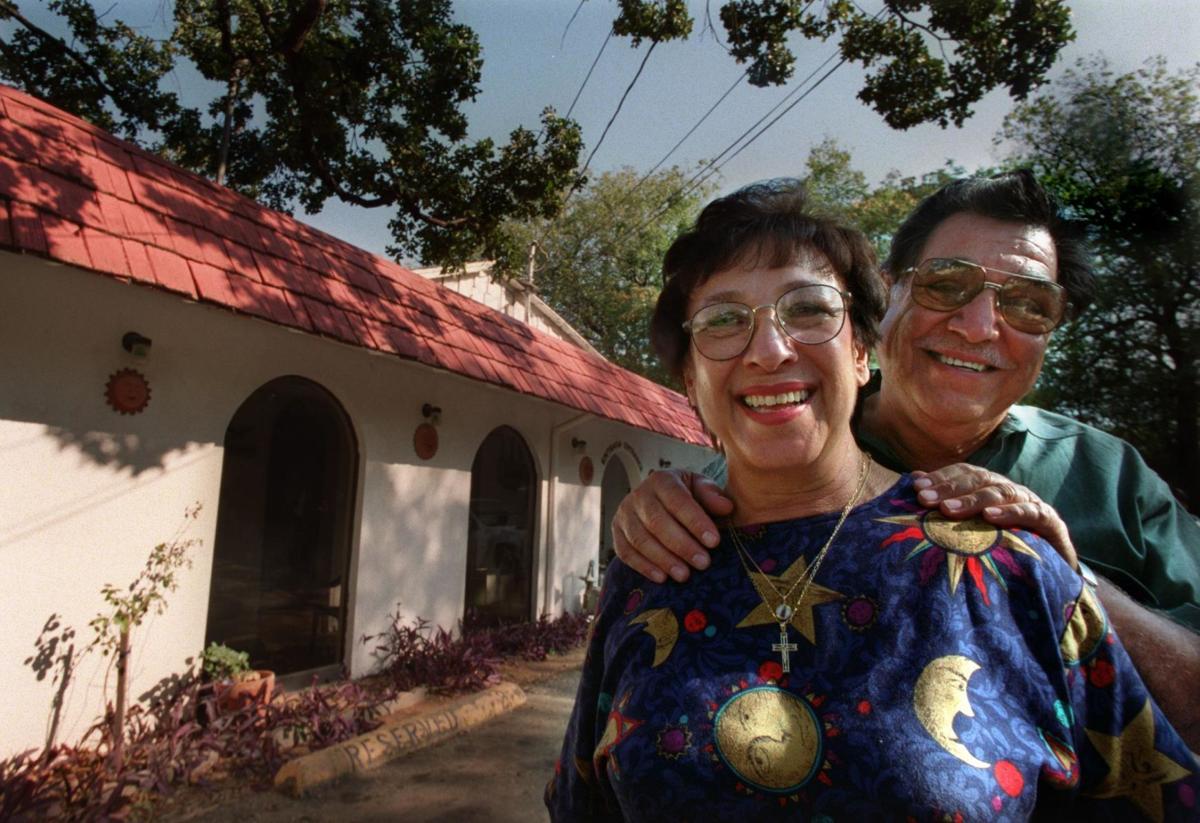 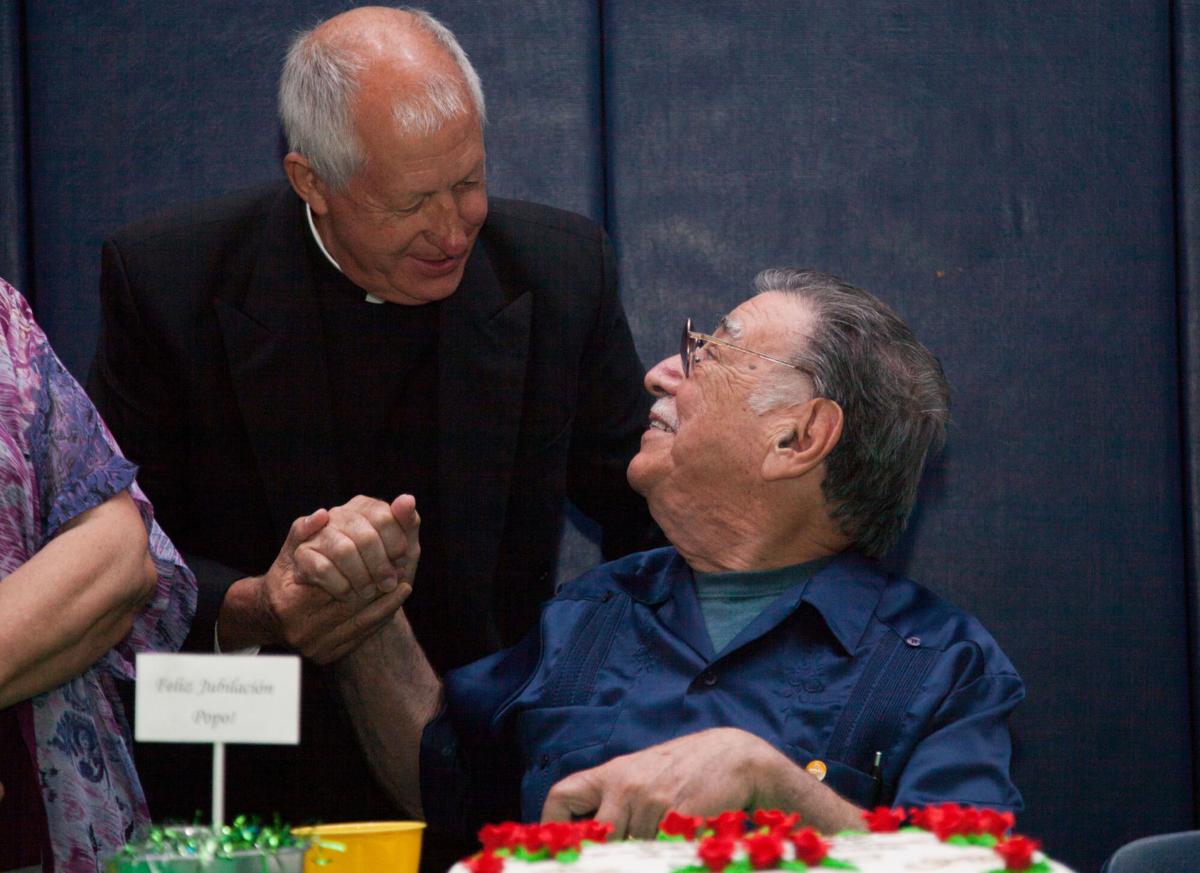 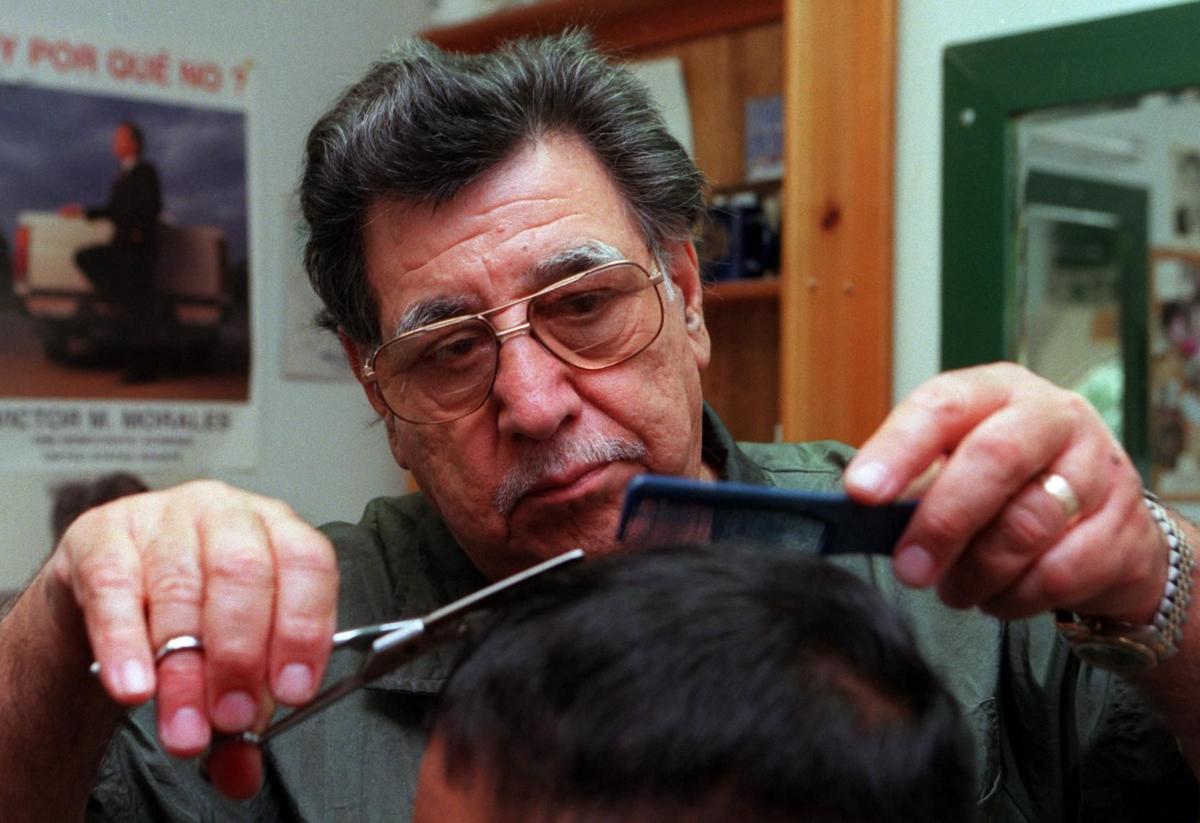 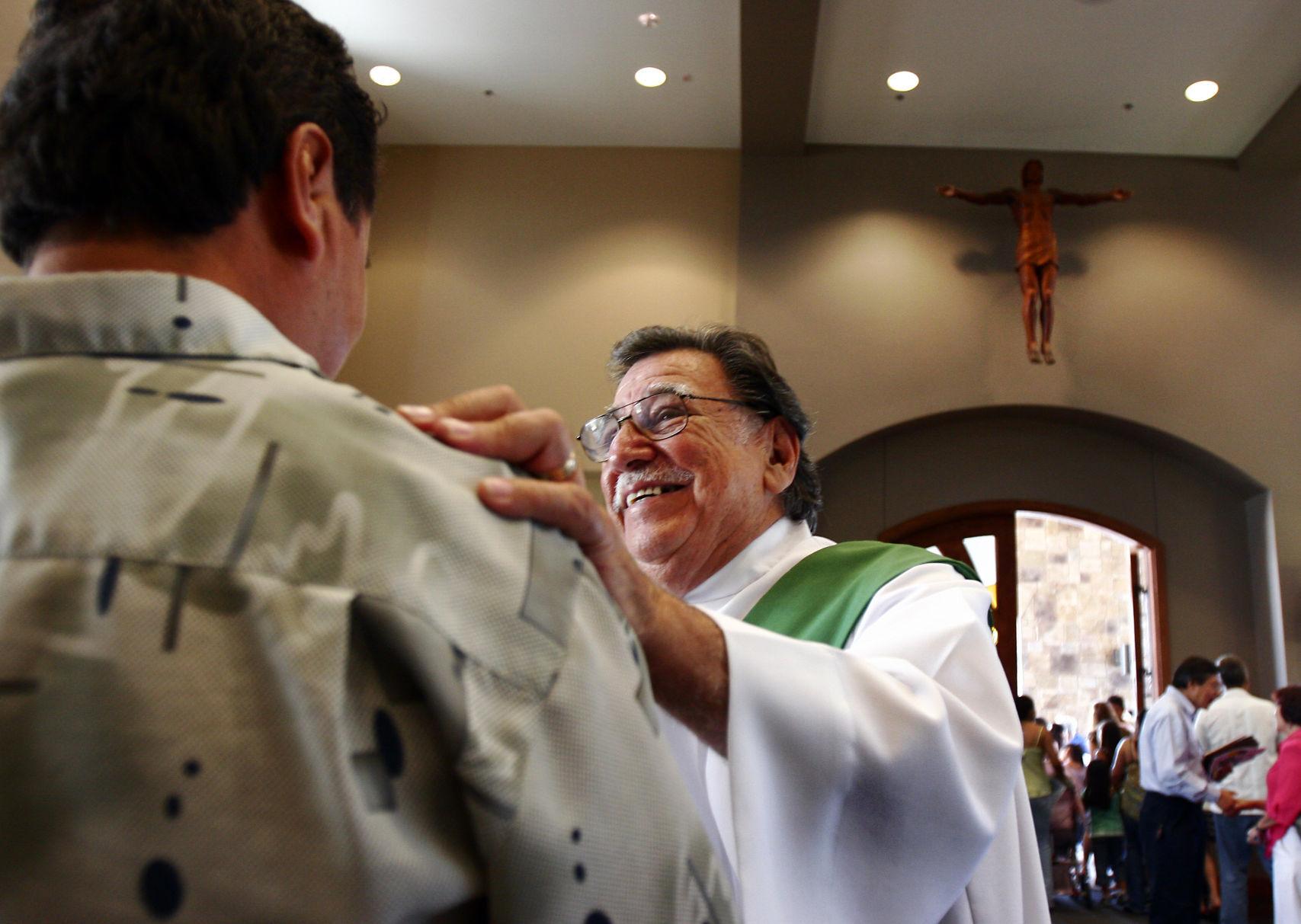 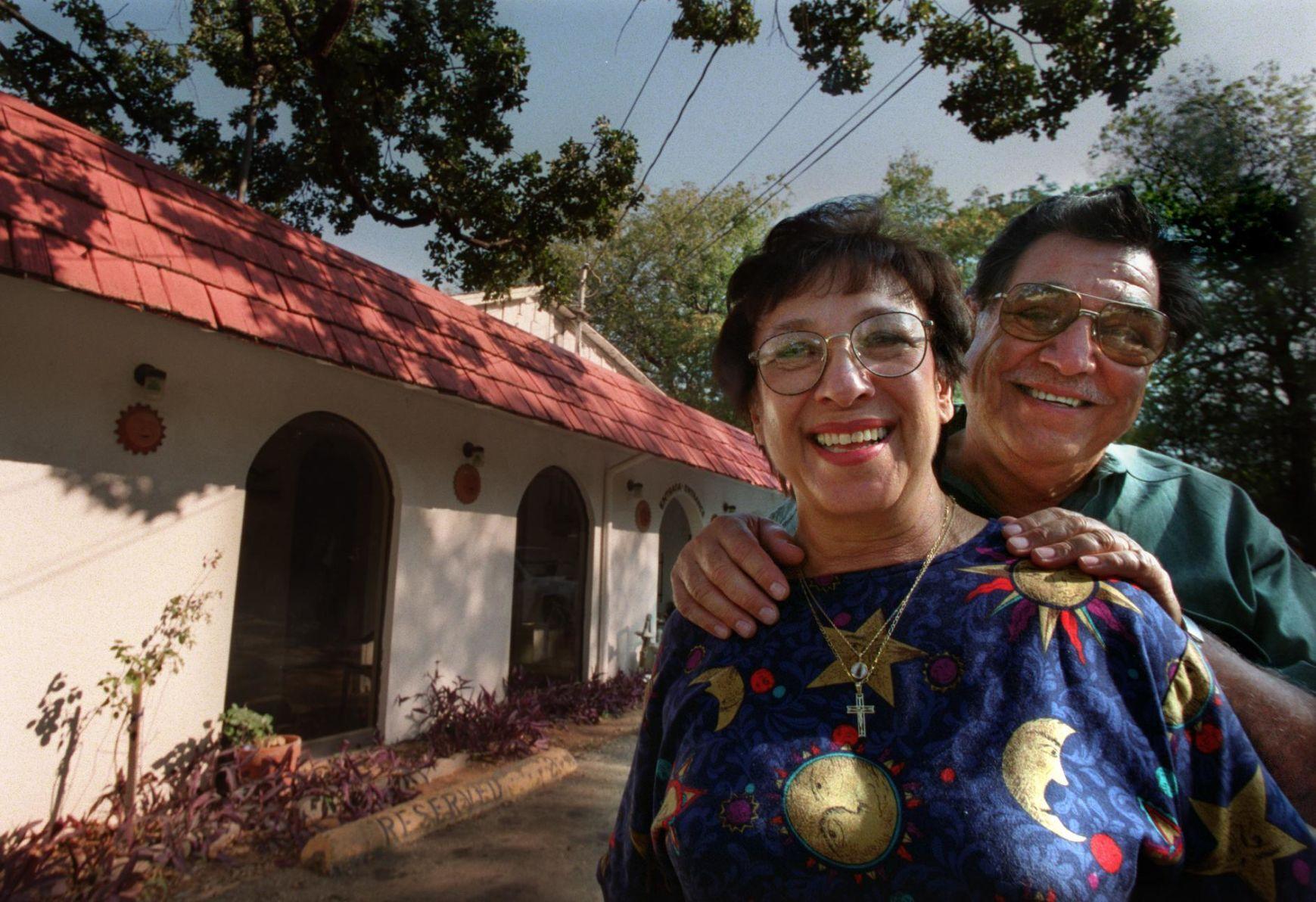 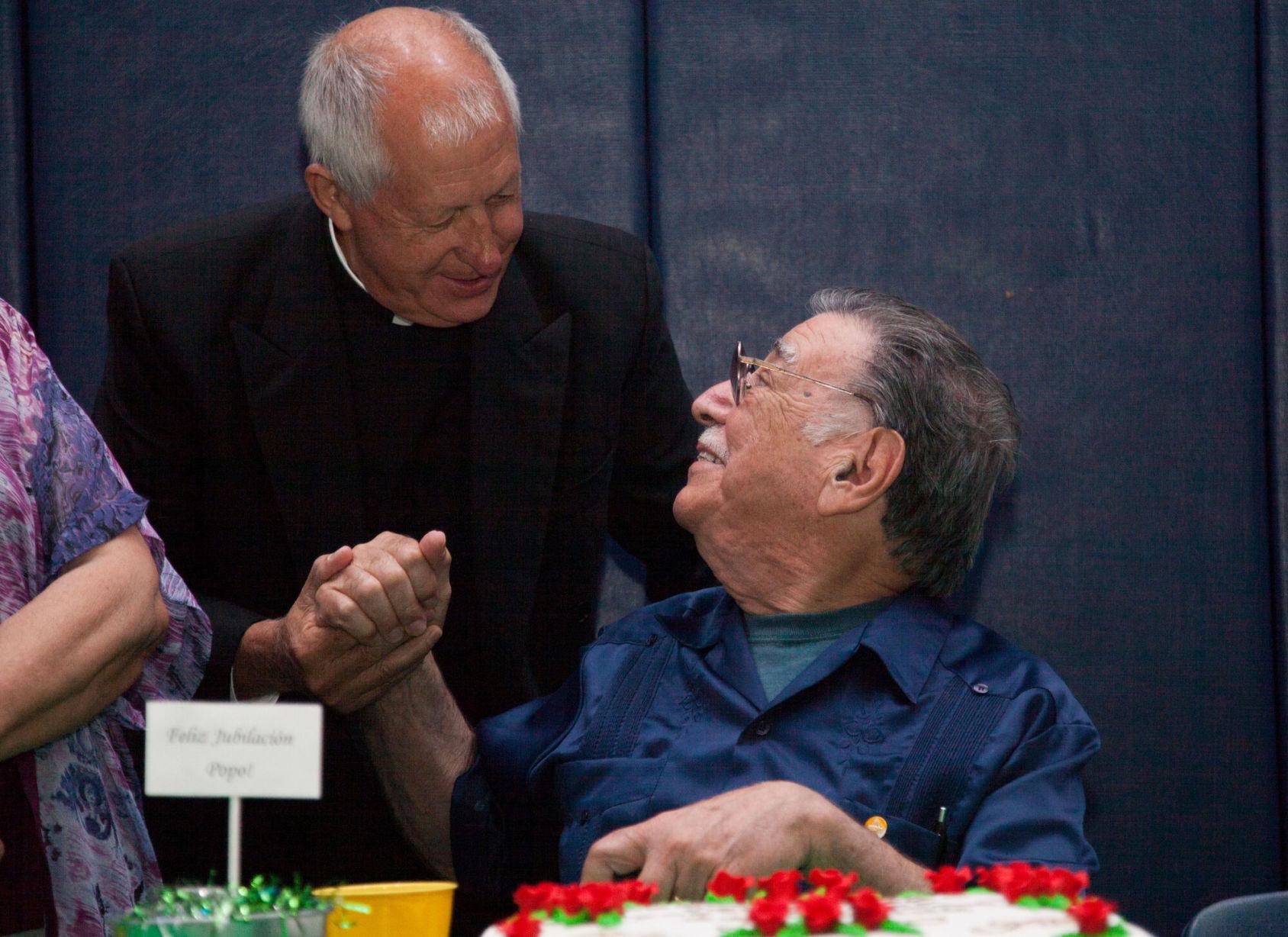 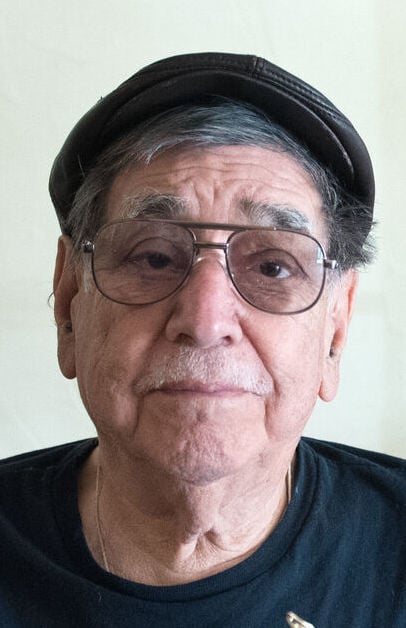 Emilio “Popo” Gonzalez told his son his favorite thing to do was to give people blessings — forming a cross with the hand on someone’s forehead. This was the last conversation the younger Gonzalez had with his father, who died in the early hours of Thanksgiving Day.

Gonzalez, 84, was a barber, a deacon and friend to many in the Denton community. He had Parkinson’s disease and retired from Immaculate Conception Catholic Church five years ago.

“For every story I could tell you about something that dad did, there is probably 100 I don’t even know about that people will come up and randomly tell me on what kind of impact he had on their life,” Emilio Gonzalez Jr. said Friday.

Denton ISD’s Gonzalez School for Young Children in northern Denton was named after Popo Gonzalez and his wife, Lupe, when it was established in 2010. He and Joyce Ann Brown are the namesakes of a scholarship for health and public service students at the University of North Texas.

He gave haircuts to athletes at the University of North Texas and was a huge fan of the Mean Green, dyeing his hair and facial hair green for football games. Gonzalez ministered to jail inmates and volunteered to feed people who were food-insecure.

“Once we brought him home, anything he would’ve gotten would’ve made him weaker, and he was already very weak,” Gonzalez Jr. said. “We were very grateful we were able to spend the time with him that we did, and we’re very grateful to have him here next door to us [in Krum] and people would come visit. ... He was an exceptional man, for sure. I just can’t believe I was blessed to be his son.”

Paul Juarez, the executive director of First Refuge Ministries, said in a statement when he was in elementary school, his family was one of relatively few Hispanic families living in Denton. Gonzalez organized the first Spanish Mass for Immaculate Conception.

“If you were Hispanic living in Denton, you knew who Popo Gonzalez was,” Juarez said. “He was well respected because he was the highest-ranking Hispanic at the Catholic church in Denton. To Denton Hispanics, he was the Hispanic Billy Graham, only cooler, and he might as well have been the Pope himself.”

The pope himself, Pope Benedict XVI, recognized the Gonzalezes in 2011 with the Benemerenti Medal for long and exceptional service to the Catholic Church.

Popo Gonzalez was a barber but retired the hair clippers in 2003. Gonzalez Jr. said his father decided to become a barber while he was working in the cotton fields in South Texas.

“Hispanic workers had a hard time finding people to cut their hair,” Gonzalez Jr. said. “Nobody wanted to cut their hair because they were Hispanic. So once he did, Mayo Cantu, a barber here who was from Robstown as well, offered him a job.”

Gonzalez then went on to open his own shop with his wife, a beautician, which they ran on West Collins Street until Lupe Gonzalez’s retirement in March 2016.

Popo & Lupe Hair Styling Center sat atop the hill on West Collins Street for decades, overlooking Fort Worth Drive and the day labor site that the Gonzalezes helped set up.

Rudy Rodriguez Jr., whose family is close with the Gonzalez family, said in an email Friday that Popo was one of his heroes.

“He brought joy, love, peace, kindness and laughter to generations of people through his work as barber, deacon and community leader,” Rodriguez Jr. said. “He and his precious wife Lupe are two of my parents’ very best friends, and they have shared countless wonderful moments together. … It is appropriate, though, that Popo should have died on a day we give thanks for our blessings. Popo was a blessing to this earth, and I am truly thankful for him. He made my life better, he made his community better, and he made this world better.”

His father, Rudy Rodriguez Sr., a retired UNT professor, said Popo and Lupe Gonzalez made him and his wife, Rosemary, feel welcome when they moved to Denton in 1975.

“When we were introduced to our Denton community and Hispanic Latinos in Denton, they made us feel very comfortable when we moved here in 1975,” the elder Rodriguez said. “It was through a connection with Popo and his wife, Lupe, that we integrated into the community.”

He said members of the Denton League of United Latin American Citizens remember Gonzalez fondly as one of the council’s founding members. As a tribute, Rodriguez Sr. said members have proposed a scholarship fund in his honor.

The Rodriguezes are also members of the Immaculate Conception Catholic Church, where Gonzalez was a deacon. The families are close and Rodriguez Sr. said Gonzalez was like a “padrino” (godfather) to everyone at the church.

“When my kids got married, he was there to help us in the ceremony because he was a deacon,” Rodriguez Sr. said. “When my dad died in Corpus Christi, I said, ‘Popo, we would love for you to come and help us in the funeral services, the religious services.’”

Although they couldn’t be there in person to say goodbye to their friend, Gonzalez Jr. called the Rodriguez family the night before his father passed so they could say goodbye.

“Their friendship has been a blessing to us,” Rosemary Rodriguez said. “I knew that I could go to him if I needed guidance — spiritual guidance. … He’s been at every event — our kids’ marriages, our anniversaries. He and Lupe have been here for us. Our memories of him are a blessing to us and our family.”

Frank Davila is one of the founding members of Denton’s LULAC chapter and said he met Gonzalez when he was a freshman at UNT.

“How do you capture the human essence of a person who demonstrated a wealth of love and kindness and then shared that without expecting anything in return?” Davila said in a statement. “I call that person ‘Popo!’ He fought for social justice before it had a universal label. He gave of his time and energy and talents to help those in distress.”